Yesterday, as a belated celebration of the Firefox 3.6 release, the Auckland Mozilla office went go-karting at the Formula E track in Manukau. These are electric go-karts; I personally don't have enough experience to compare these ones to petrol karts, but our more experienced drivers liked them and we all had a great time. They have interesting features like remotely controlled speed-limiting, so when someone spins out, everyone is immediately slowed down to the same speed without everyone bunching up behind the leader. The operators have some interesting software, so they can give you graphs showing your times for each lap; you can see the times improving as you learn. As an almost complete n00b, I started very slowly and improved quite quickly, which made me look good in the handicap races. I was, however, a nervous wreck by the time we were done --- three ten-minute intervals on the track. If this browser stuff doesn't work out, motor racing is probably not my best bet.

I wonder if anyone's combined go-karts with augmented reality. Put a head-up display in the helmet visor, project power-ups onto the track, pick them up to lift the speed limit in the electric motor. Etc. 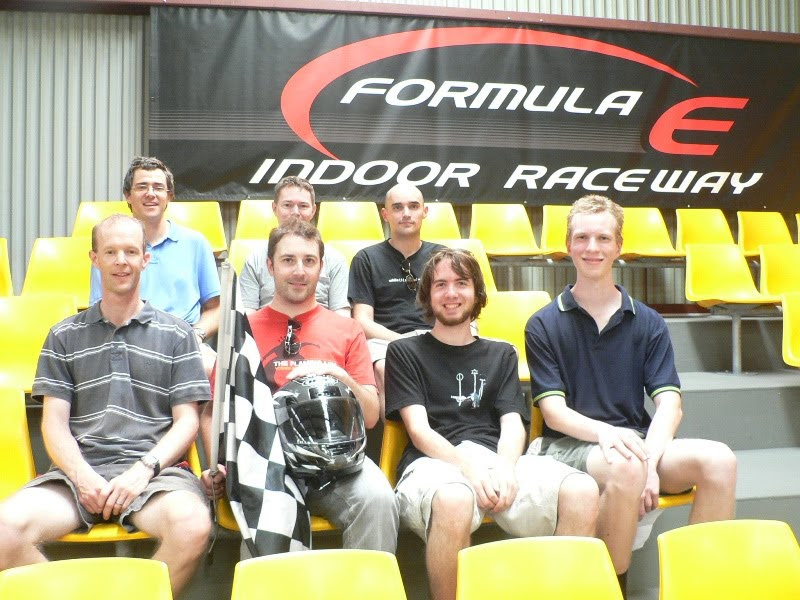 This weekend's Foo Camp (NZ) was, once again, fantastic.

One of the most fun parts for me was a long conversation with Nigel Parker (Microsoft) and Glen Murphy (Chrome). During that conversation I realized that this is the first time ever that the consumer software industry has had three powerful, yet similarly matched, competitors --- Google, Microsoft, and Apple --- fighting over some important platform turf (mobile, online content, browsers). That's really wonderful. Although it'd probably be more fun to watch if we, Mozilla, weren't in the ring with them.

There was a lot of talk about evangelizing the merits of open source, building communities around open source, and stuff like that. It seemed mostly framed around the idea of open source as the upstart, radical, misunderstood challenger, which I guess it still is for many domains or projects, but I don't relate to that as well as I used to because Mozilla has clearly passed that stage --- and even our competitors are often open source with their own communities.

I wonder if we're all doing enough to leverage Firefox's success to add credibility to other free software efforts. I hope that at least other projects benefit from being able to point to Firefox and say "look, free software with a real volunteer development community, and you're using it".

We're not supposed to talk too much about what was discussed, but I will say that the sessions on food, psychopaths, and climate change blogging were very interesting!

On Friday night our family stayed with my parents on a boat up at Mahurangi, in Lagoon Bay. Easterlies had been blowing steadily for a few weeks and probably pushed a lot of plankton inshore, which helps explain what we saw that night.

About 10pm, after most of the crew had gone to bed and it was very dark, I noticed unusual flashes of light in the water. It was obviously bioluminescence caused by plankton, but far more intense than I've ever seen before. Even in still water, there were tiny points of light winking like flickering stars. Anywhere water was disturbed, it glowed brightly. Fish jumped, and the ripples formed bright, expanding halos. You could see moving, oscillating, sinuous lights underwater that I presume were fish swimming. I hopped in the dinghy with my wife and rowed around. The splashes of the oars created amazing flashes and patterns of light, and the dingy left a glowing wake. My wife dipped her hand in the water and it came out luminous.

It was an utterly remarkable experience --- like the bioluminescent forests of Avatar, but with the considerable advantage of being real. (Sorry, no photo --- the lights were only bright relative to the darkness of the night, and I lacked the technology and skill to capture them.)