Yesterday, after church we wanted to do something outdoors (again) since the weather was spectacular (again), so we did a bit of an urban adventure. We took the ferry to Devonport, walked up North Head for the amazing view over Auckland's harbour and the Hauraki Gulf, and watched a documentary there about the project to eradicate predators from Rangitoto and Motutapu islands (which is now complete!). Then we walked to Takapuna via Cheltenham, Narrow Neck and Takapuna beaches. Between beaches we could have walked around the rocky foreshore since the tide was far out, but to save time we took the streets instead. We reached Takapuna around dusk, rewarded the kids (and me) with ice-creams and took the bus back to the city, where we had Korean food at Nol Bu Ne restaurant. That place is really good --- cheap, tasty, and filling. 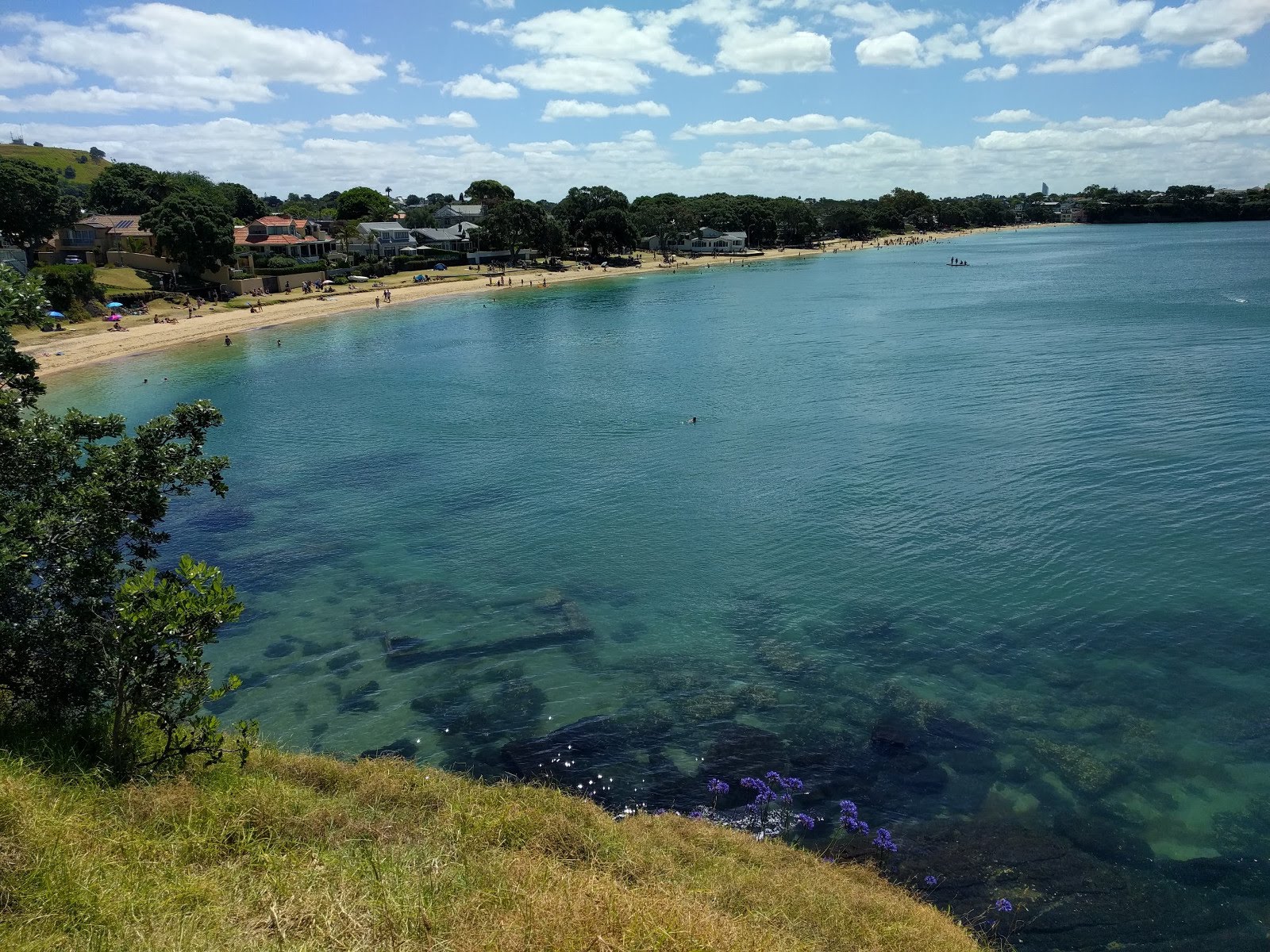 This weekend my family visited Tawharanui Peninsula. It was a brilliant winter's day --- cool but not cold, perfectly sunny, with a light breeze and amazing visibility; we could see distant islands that you can't normally see from this region. We walked from Anchor Bay along the North Coast and Tokatu Point tracks to the end of the peninsula, then back through the bush via Fisherman's Track to Anchor Bay.

It reminded me a lot of the other Auckland peninsula parks Shakespear and Duder (also highly recommended, although I think Tawharanui tops them :-) ). 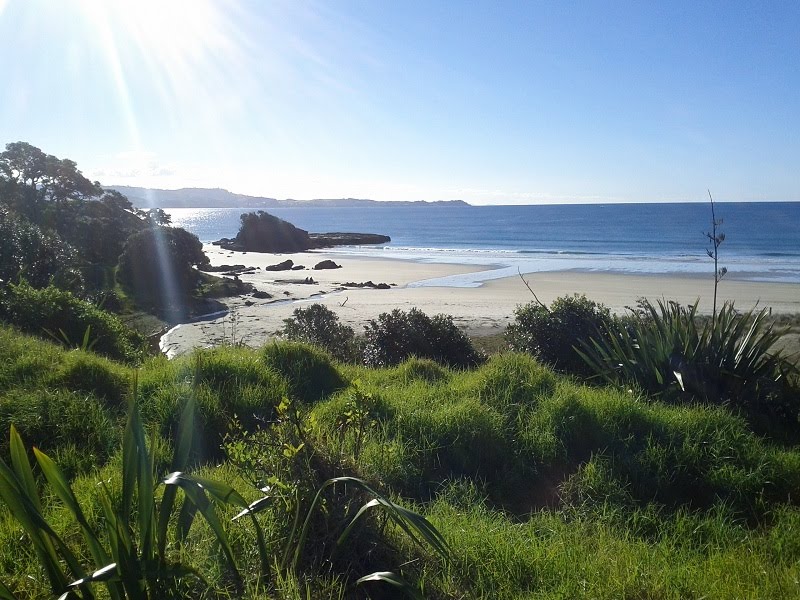 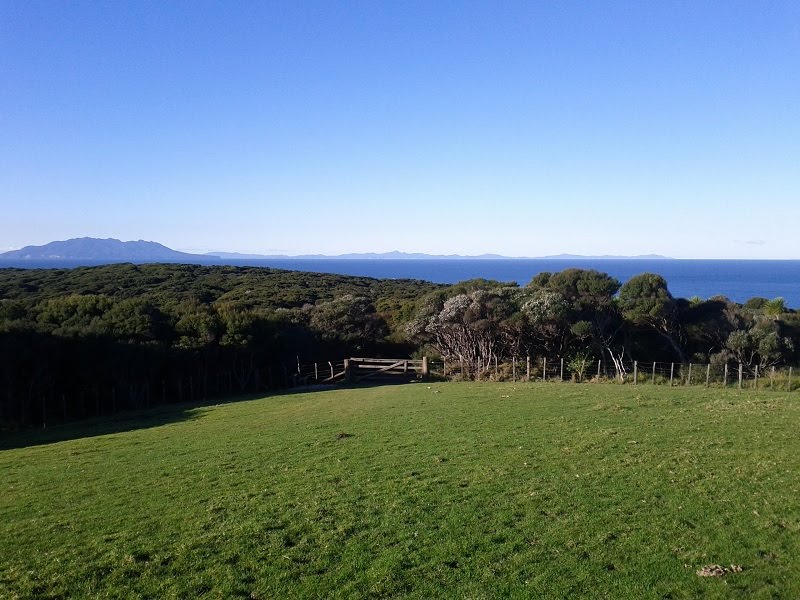 A couple of weeks ago on a lovely winter's day our family drove out to Muriwai for a walk. I can't remember going there before although I might have visited in my childhood and forgotten. We'd been to all the other easily accessed beaches on the west coast of the Auckland region, but not this one. I was a bit surprised to discover that Muriwai is probably the most easily accessed of them all --- less than 40 minutes from downtown Auckland. I guess that's because you don't have to traverse the winding roads of the Waitakere Ranges.

I think it's just a little less spectacular than Whatipu or Piha, but still lovely. Between October and February the gannets are nesting at their colony, which must be amazing, so we'll have to go back then. 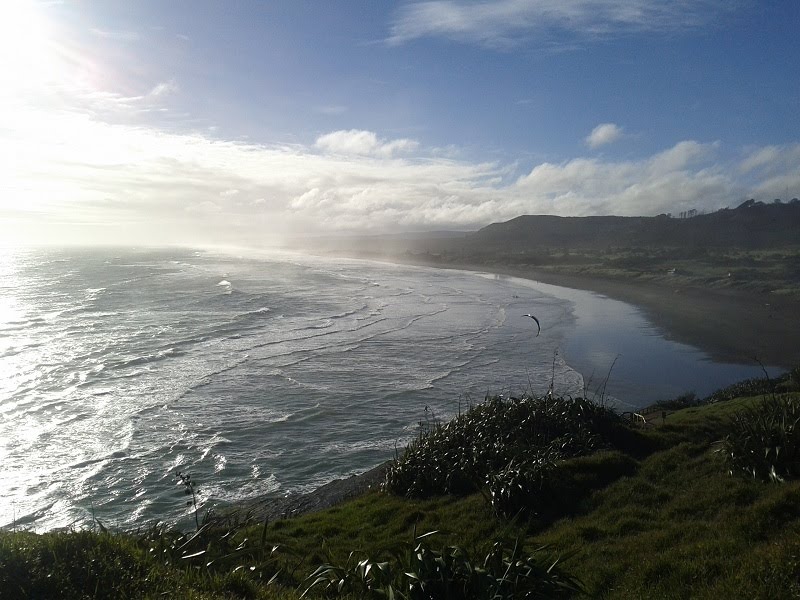 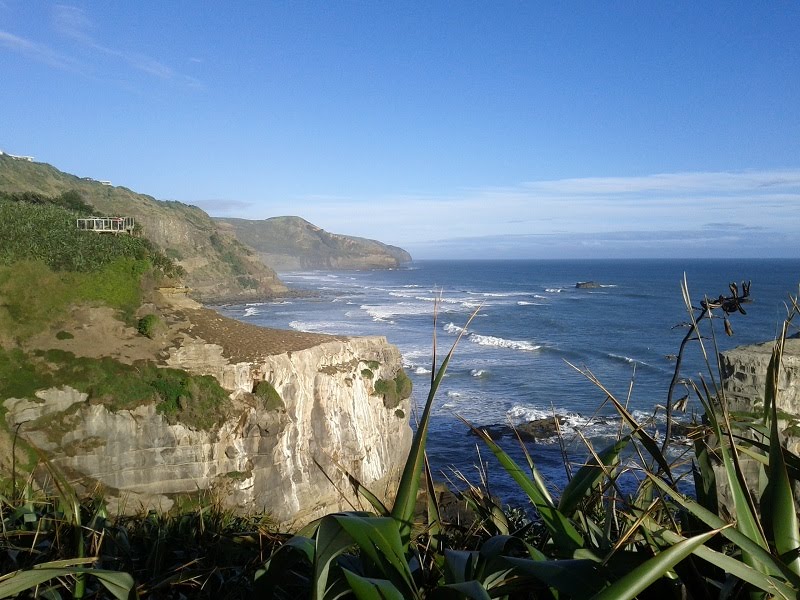