Two weeks ago we had our annual-ish Mozilla office outing. This time we spent two nights at Great Barrier Island, 90km northeast of Auckland.

"The Barrier" is more remote than most other islands near Auckland, and therefore less visited; I hadn't been there since I left NZ in 1994. However, it's well worth a visit. We chose to fly there on Friday morning on Great Barrier Airlines. The flight from Auckland domestic airport to the island takes about 40 minutes, gives you a spectacular low-flying view over Auckland and the Hauraki Gulf, and costs only $95. That's a great deal.

On arrival we checked into our rented accommodation --- two houses in Medlands Beach. They were nice. There's no mains electricity on the island but people make do with solar and generators; later we even met a guy who lives there doing 3D modelling work on his laptop. We all went for a walk on the pristine sandy beach and walked up the Sugar Loaf hill at the northern end. The beaches and general scenery on the Pacific-facing side of the island are just amazing. Later in the afternoon we drove (in rented 4x4s) to Tryphena and then Cape Barrier at the southern tip of the island, where it was blowing hard from the southwest --- quite spectacular, with waves crashing on rocks in glorious sunshine and few signs of civilization about. That evening we cooked our dinner on the house's gas-fired BBQ, and rounded things off with games of Settlers, Power Grid, and Guillotine.

Saturday was focused on getting everyone to the top of Mt Hobson, the highest point on the island. We drove up the Aotea Road to the eastern side of the mountain, and hiked through Windy Canyon to the summit. Needless to say, the views at the top are spectacular, but I was also impressed by Windy Canyon which I had not seen before (all my previous ascents of Mt Hobson were from Port Fitzroy). Some of our group returned the same way in the hopes of getting back to base early enough to go surfing (no luck, due to the westerly winds), while the rest of us continued south to the Whangaparapara Road via the Kaitoke Hot Springs, where we had a good soak. Our companions had thoughtfully dropped one of the cars there so we had no trouble getting back to base for a rest. The hardiest of us went for a swim in the ocean: it was still a bit too cold for comfort, but after vasoconstriction kicked in, the water felt lovely --- and it was so clear, floating around over the sand in the sun was delightful. In the evening we drove into Tryphena for dinner at "Tipi and Bob's Waterfront Lodge"; good food in a great location at the shore, especially with the westerly wind blowing in! That evening's game was Munchkin.

Sunday morning we cooked up the rest of our food, which was mainly burgers, for brunch. A couple of people in our group had earlier requested that I explain my "stance on religion" at some point, and after brunch I did just that. Of course, it was interactive, and not just a lecture. To me it felt like a pretty good discussion. Instead of talking about abstruse philosophy (much), or hot-button controversies tangential to the core issues, I was able to focus explaining the gospel --- about as clearly as I ever have before, I think. I think everyone involved actually enjoyed it.

After lunch we walked the southern end of Medlands Beach and then headed to Tryphena to catch the ferry to Auckland. I had been apprehensive that the strong southwesterlies would make the return trip very uncomfortable, but the Sealink ferry was fine --- for those not prone to seasickness, at least. Some of the group had trouble. As a consolation we did spot a few dolphins.

Overall our excursion was quite successful. Overnight trips are definitely a lot more fun than day trips, at least for me. They get harder to organize as our numbers increase, but I'll keep trying to do them as long as we can. 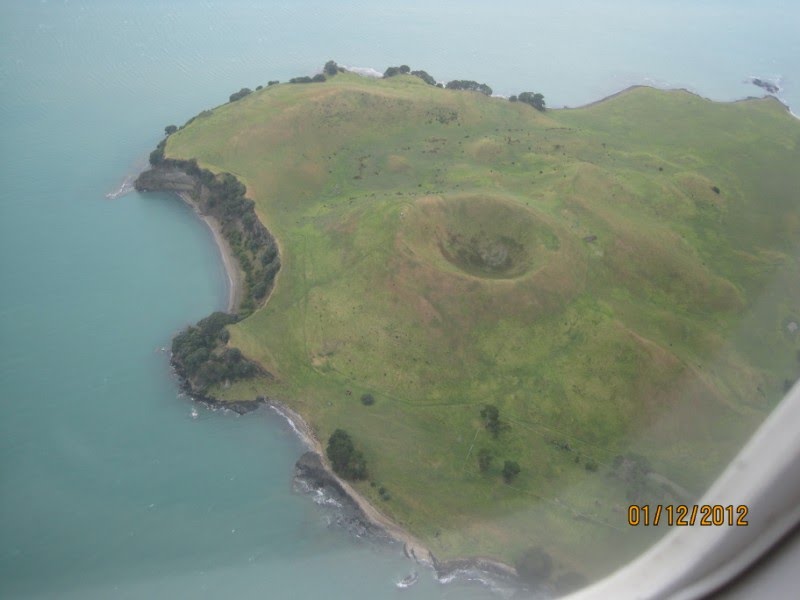 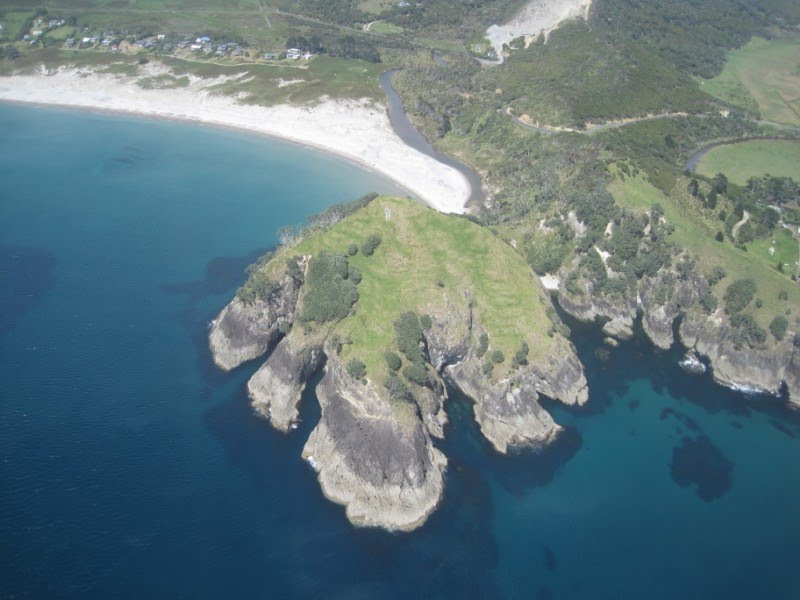 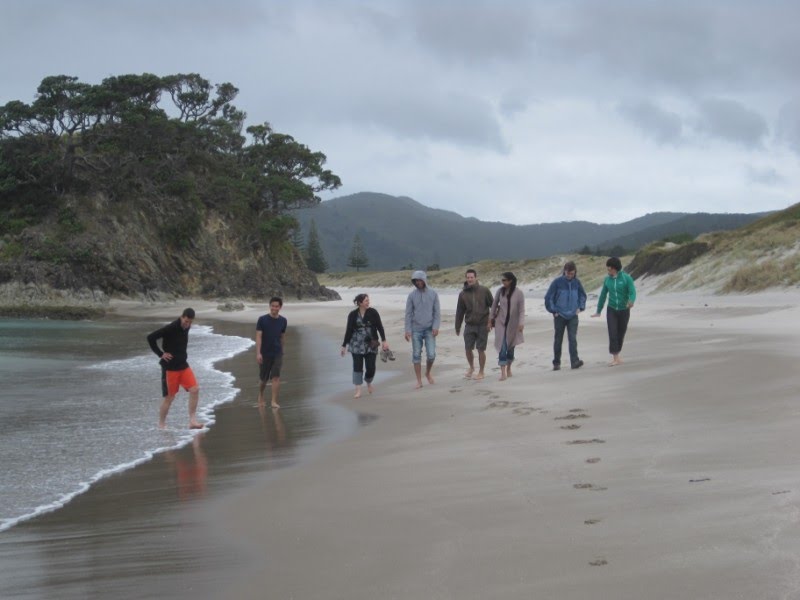 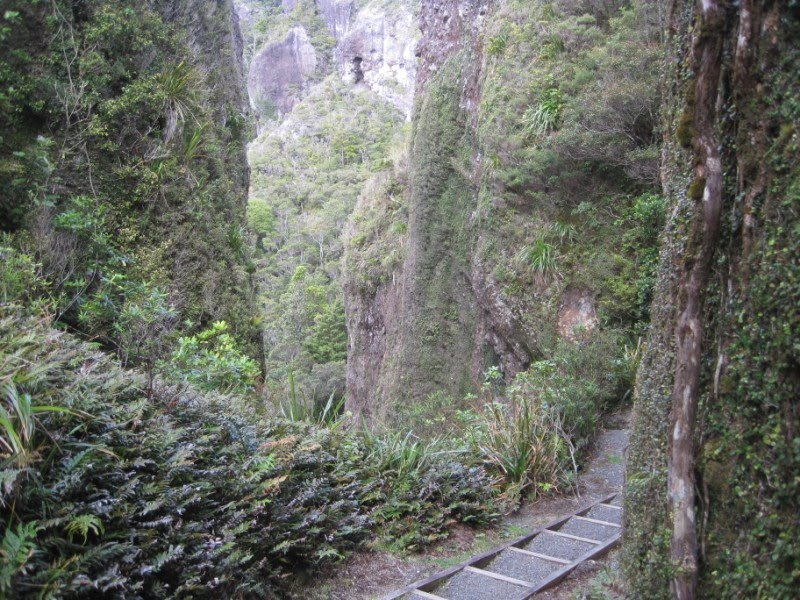 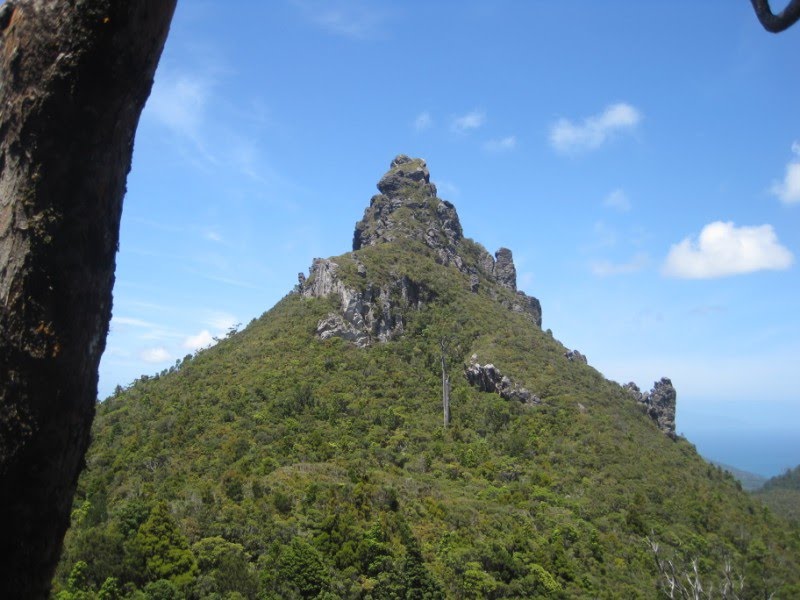 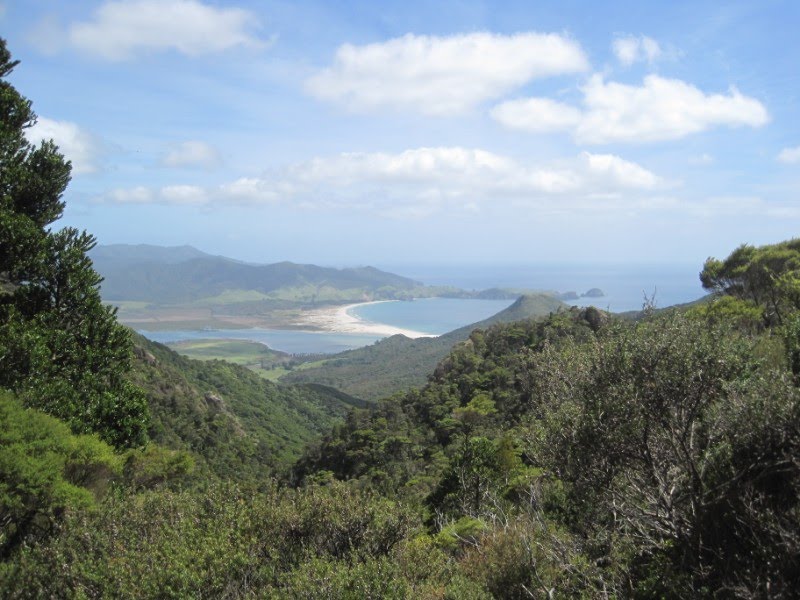 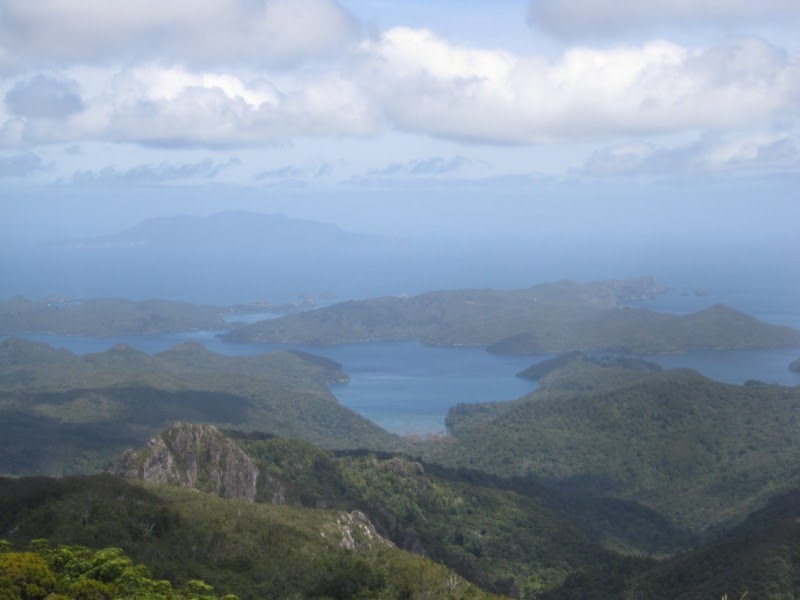