Round The Mountain Track: Ups and Downs and a Twist Ending

I just finished a five-day walk around Mt Ruapehu, the Round The Mountain Track, in a group of 11 family and friends. It was more intense than I expected — rather more difficult, but also more interesting.

We drove from Auckland to Turangi and stayed in motel on Monday night to give us time for the full Tama Lakes side track on the first day. Tuesday's walk from Whakapapa village across the Tama Saddle is pretty easy — it's Great-Walk-standard track for the Tongariro Northern Circuit — and only five hours. The weather was excellent — mostly sunny, as it was for almost the whole trip — and the side track to Upper Tama Lake was well worth it. Waihohonu Hut was full (school holidays); we'd booked 10 of the 28 bunks, and one of our people had to sleep at the campsite in a bivvy bag. Altogether a great first day, but I've done this stretch of track several times on the Tongariro Northern Circuit so it's the rest of the track I was really looking forward to.

On Wednesday we did another short leg, five hours south through the Rangipo Desert on the east side of Ruapehu, to Rangipo Hut. This is a really bleak and barren area, the most barren part of NZ below the treeline as far as I know. We got to Rangipo Hut in good time, even after we visited the historic Old Waihohonu Hut along the way. This section crosses some huge gorges, in particular the Whangaehu River gorge which carries the outflow from Crater Lake — currently a dirty gray colour due to the chemicals the volcano is brewing there. During eruptions, and collapsing of post-eruptive tephra dams around the lake, this valley and sometimes others is scoured by huge lahars. Since Ruapehu is currently at volcanic alert level 2, I think we all felt an urge to not linger!

Rangipo Hut has incredible views west to the Kaimanawa Ranges, south to the town of Waiouru and beyond, including Lake Moawhango. It's beautiful and mostly peaceful, but it's close to the NZ Army's training grounds — the rattle of distant gunfire and the whump of explosions into the evening made it a slightly surreal experience.

On Thursday we got up early to see a magnificent sunrise, and left the hut around 8am with a longish day ahead of us to get to Blyth Hut. Along this stretch of track you leave the desert and bare rocks and enter patchy forest. Mt Taranaki also came into view again. We reached Mangaehuehu Hut about on schedule at 1:30pm, had a quick lunch break, and took off around 2pm, just managing to get to Blyth Hut before sunset. It's a bit disappointing that there's not much of a view from Blyth Hut itself, but just down the track we got magnificent views of the sunset over Mt Taranaki and, later, of the stars. The younger folks stayed outside in the cold for nearly an hour watching for shooting stars.

On Friday I anticipated an even harder day so we left the hut even earlier at 7:30am. The track winds past a nice waterfall and then reaches the Ohakune Mountain Rd which we had to walk up to reach the next section of track. The road was steeper than I had anticipated and we went slower than anticipated so we started to fall behind schedule and I started to worry... From the road the track descends beside some spectacular silica-encrusted waterfalls and eventually winds around to Mangaturuturu Hut, which we reached around noon. We had a short lunch break again because the next section of track to Whakapapaiti Hut was rated "5-7 hours" which meant even optimistically we would not arrive before sunset! And so it proved... Most of the Round The Mountain track repeatedly crosses up-and-down over old lava flows, but it seemed that this section on the east side of Ruapehu has steeper ridges and more rugged rocks than the rest. The sun set around 5:30pm and we still clearly had at least an hour to go, but there was nothing to do but turn on our head-lamps and carry on! I was very glad that we'd just crossed the last big ridge before dark, and we were able to catch sight of the hut, even though it was still far away — a real morale boost just when it was needed. I was worried that the rocky track would even more difficult to navigate with headlamps, but at least for me it wasn't really. Neverthless we did have to slow down a bit to make sure that no-one got lost in the dark. Finally we arrived at Whakapapaiti Hut around 7:15pm — nearly 12 hours hut-to-hut, almost all of it on our feet. I've never been so glad to reach a hut!

This was one of those pushing-the-envelope experiences that could have been a disaster but I think actually turned out for good. Following the Google postmortem model:

What went wrong: I underestimated the effort it would take to get from Blyth to Whakapapaiti — but unfortunately the uneven hut spacing along the Round The Mountain track means there's no obvious way to avoid at least one monster day. I overestimated the speed of our group on that difficult section of track up to Whakapapaiti; I should have ensured every single person in our group had one (ideally two) hiking poles and used them. Also, less experienced trampers should always be following just behind someone more experienced at pathfinding — picking out optimal routes around rocks and other obstacles is a skill that makes a difference. We should have left Blyth Hut at the crack of dawn, half an hour earlier.

What went right: Some of those problems I identified and fixed during the day. I let everyone know early in the day that we'd have to walk in the dark, and when it got dark we smoothly switched to using headlamps with no fuss or panic. We stopped for snacks regularly even when we all felt pressure to "just keep walking".

Where we got lucky: It turned out that in a large group like ours headlamps work really well even if not everyone has one — there's plenty of lights on the track. The weather was cloudy but dry the whole day. No-one got injured. Most importantly, despite the variety of ages and experience levels, everyone was able to keep on walking at a steady pace over difficult terrain for much longer than I (or they, I think!) would have guessed likely before Friday. Thanks be to God!

Remarkably, after such a day most people in the group were very happy! We pushed our limits and surprised ourselves. Partly because of that experience I'd say this is one of the best walks I've ever done. We had excellent weather. The scenery around Mt Ruahepu is magnificent, especially the parts south of the mountain that I hadn't seen before — every day the terrain is a bit different. You see different sides of the mountain itself; right now the north side is completely bare of snow but the south side has its glaciers.

After that, Saturday was an anticlimax. We just walked out to Whakapapa in a little under 3 hours and then drove home.

Now for the twist: one of our group developed virus symptoms on Friday. I got some symptoms on Friday night/Saturday morning. When I got home last night I took a RAT test and yep, COVID+. So far the other sick guy and another guy have also tested positive. I won't be surprised if it turns out we all got it. I'm not sure how we got it; no-one else was symptomatic during the trip, but of course someone could have brought it asymptomatically. The good news is that so far I've had colds that were worse. Nevertheless my family and I will be self-isolating for the next week. 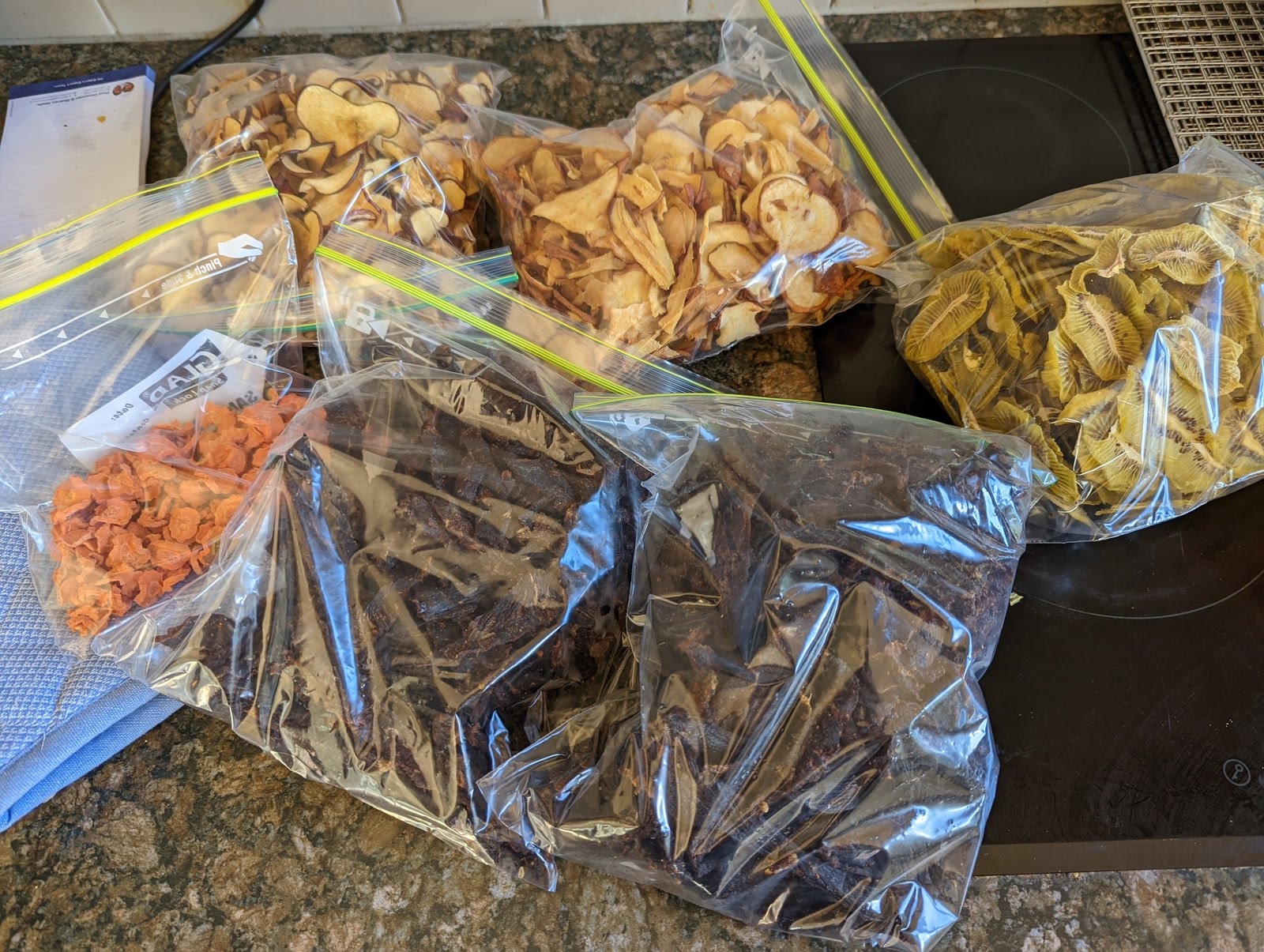 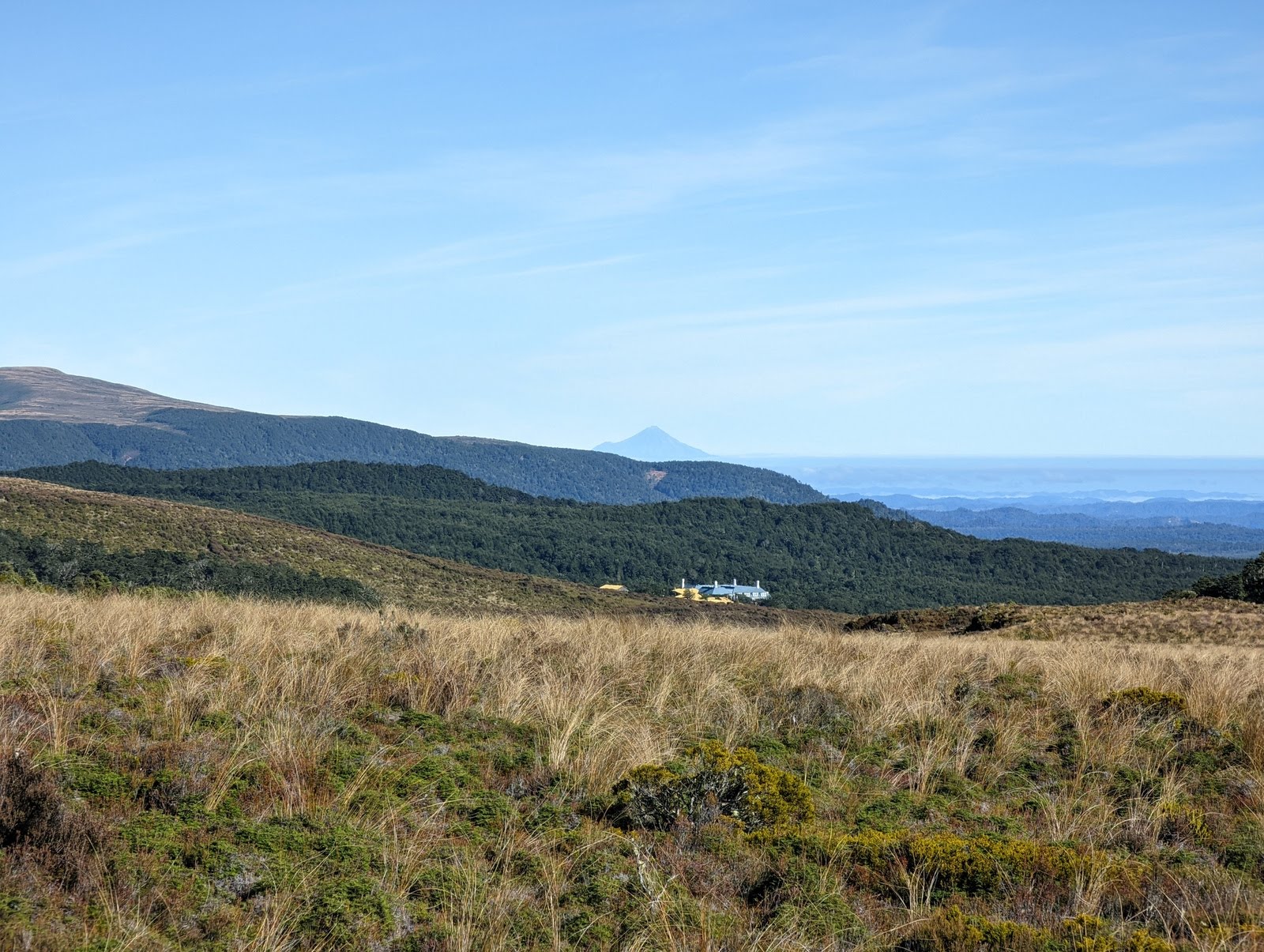 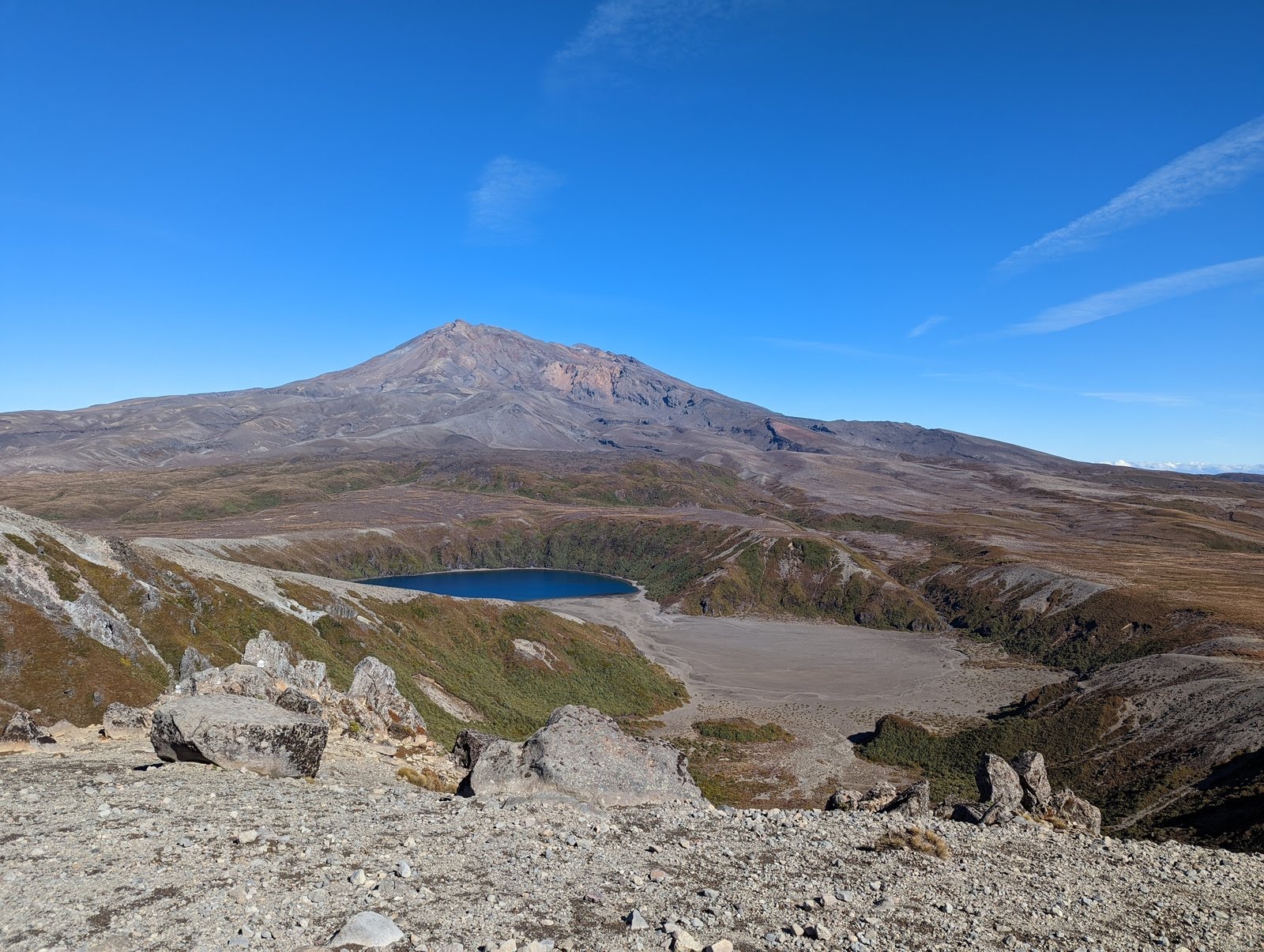 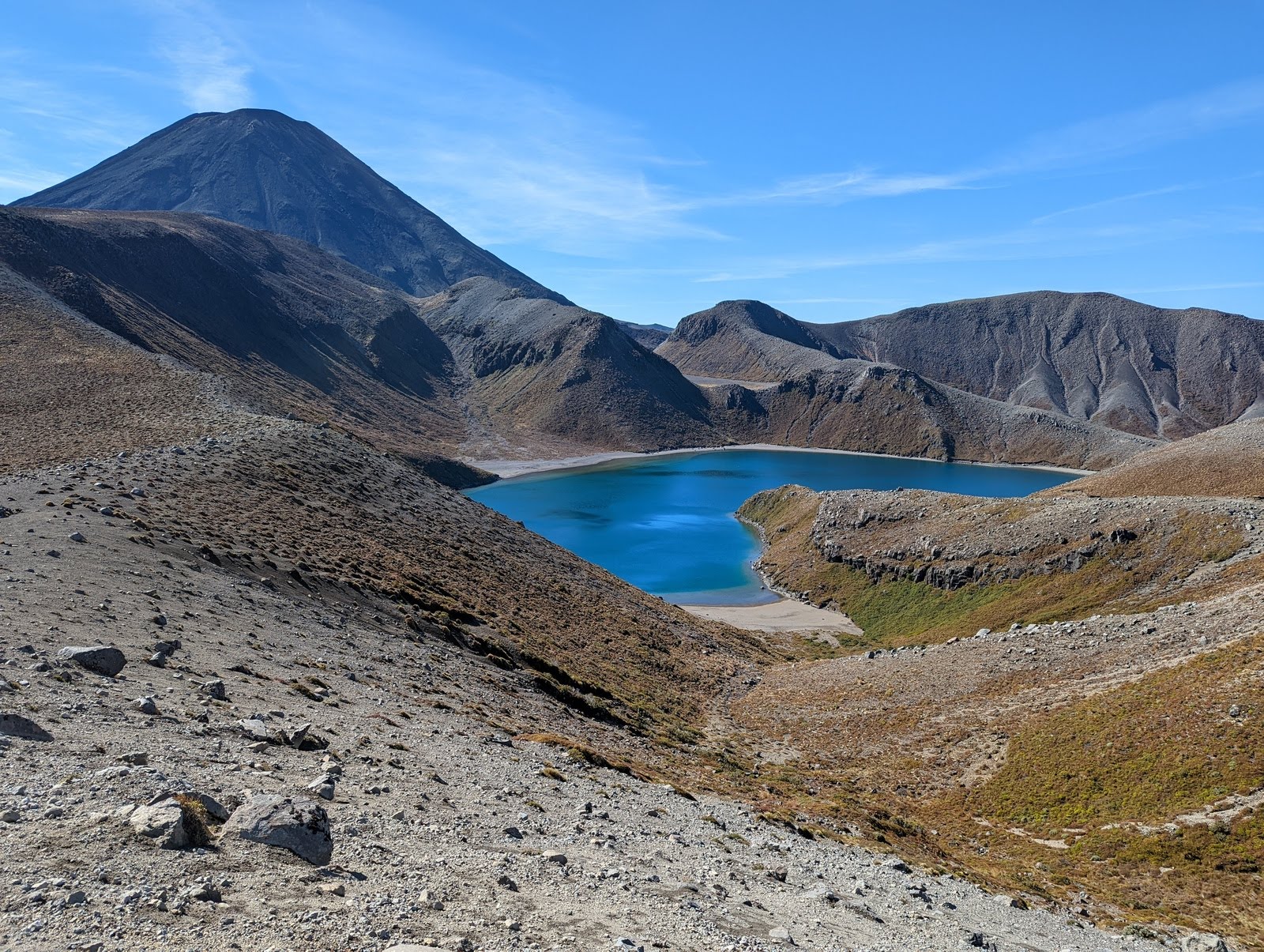 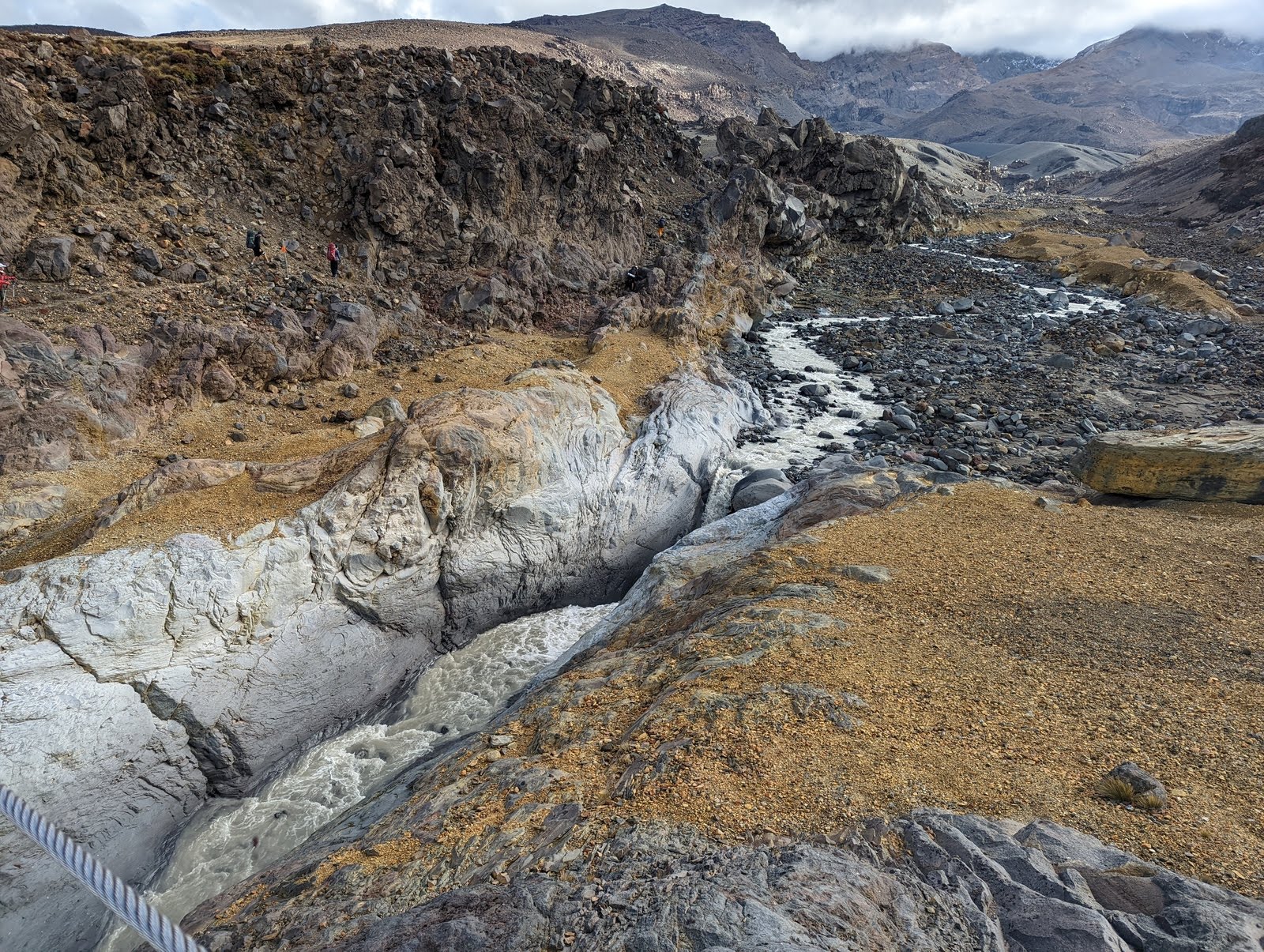 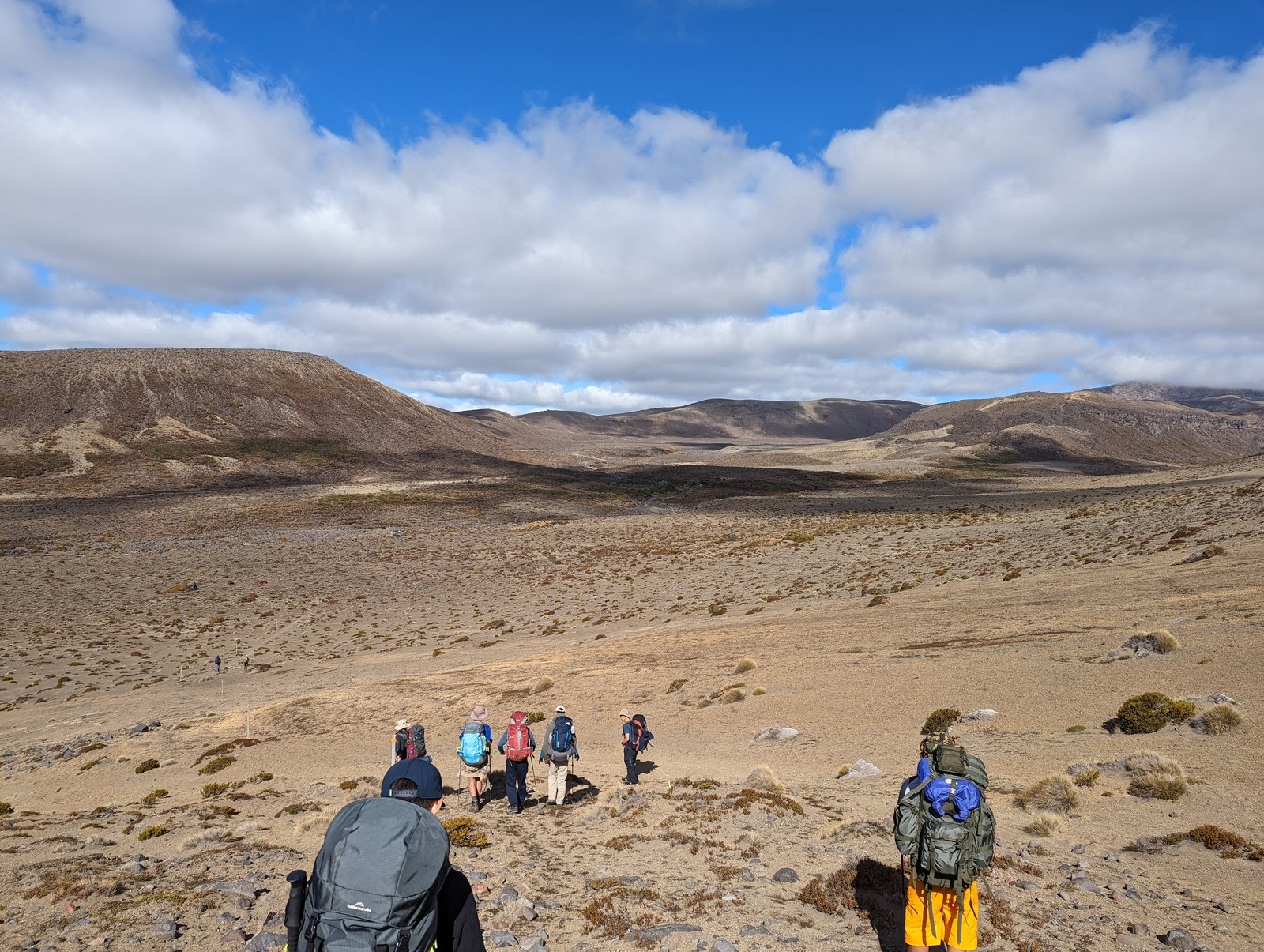 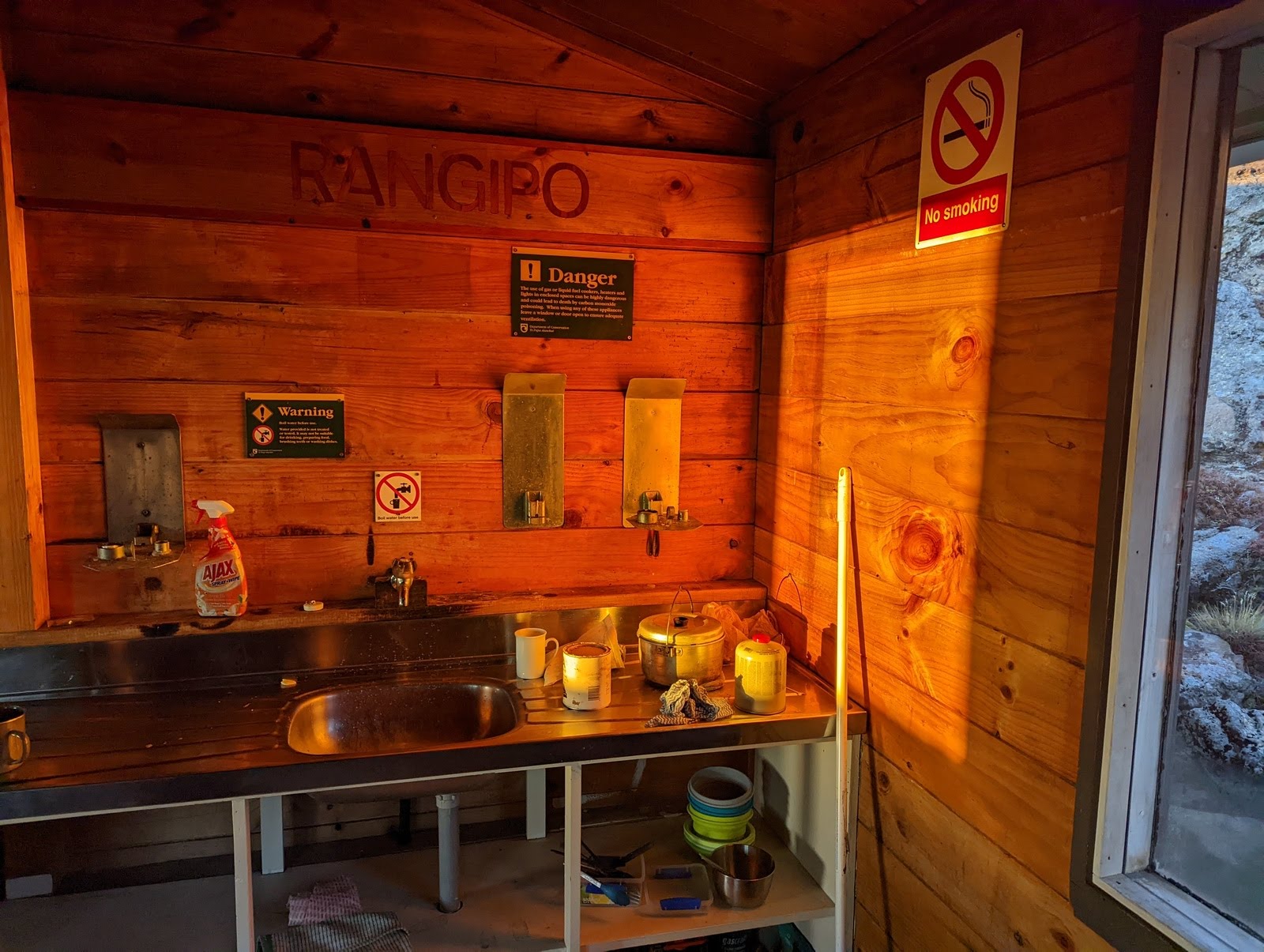 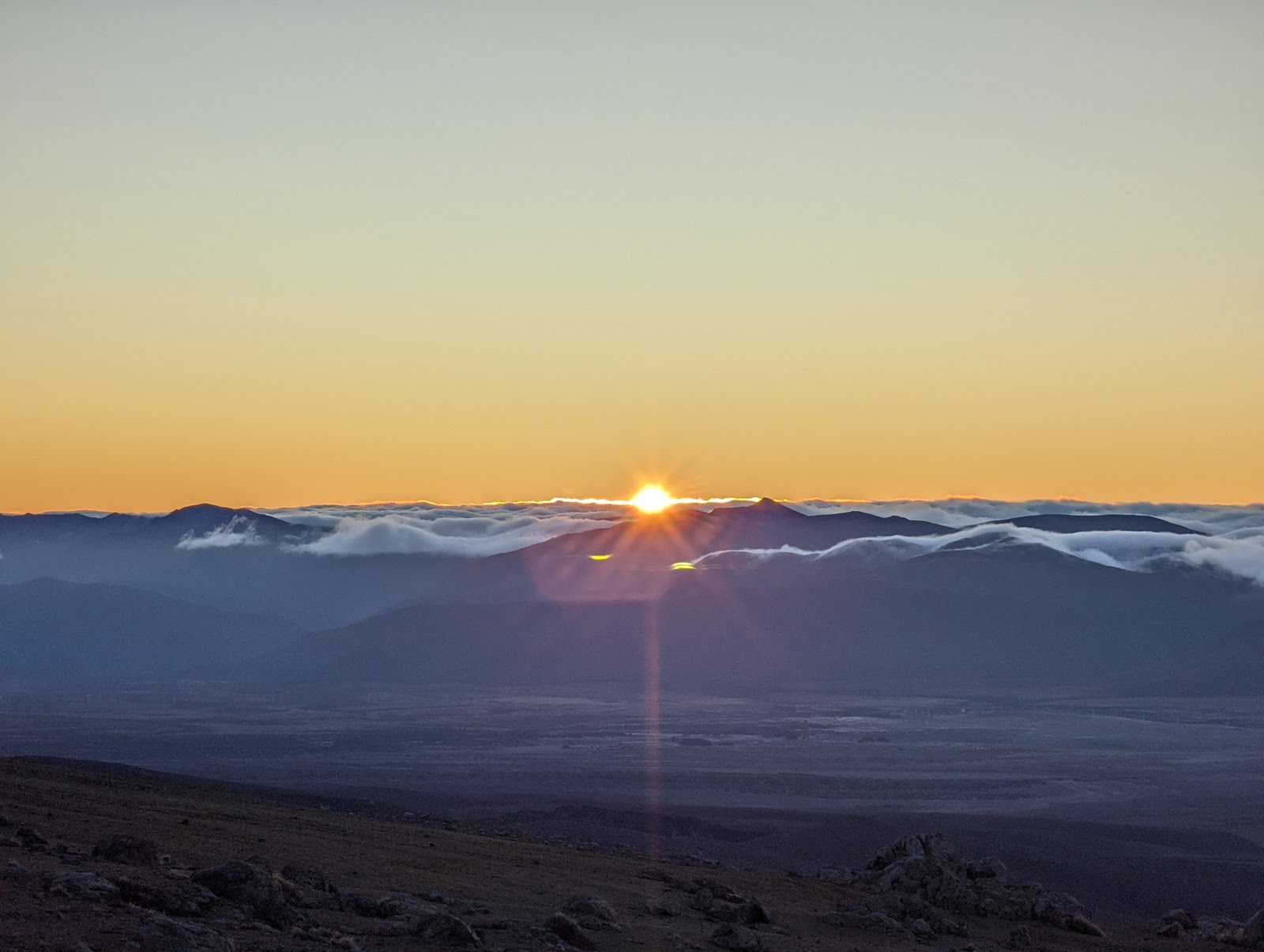 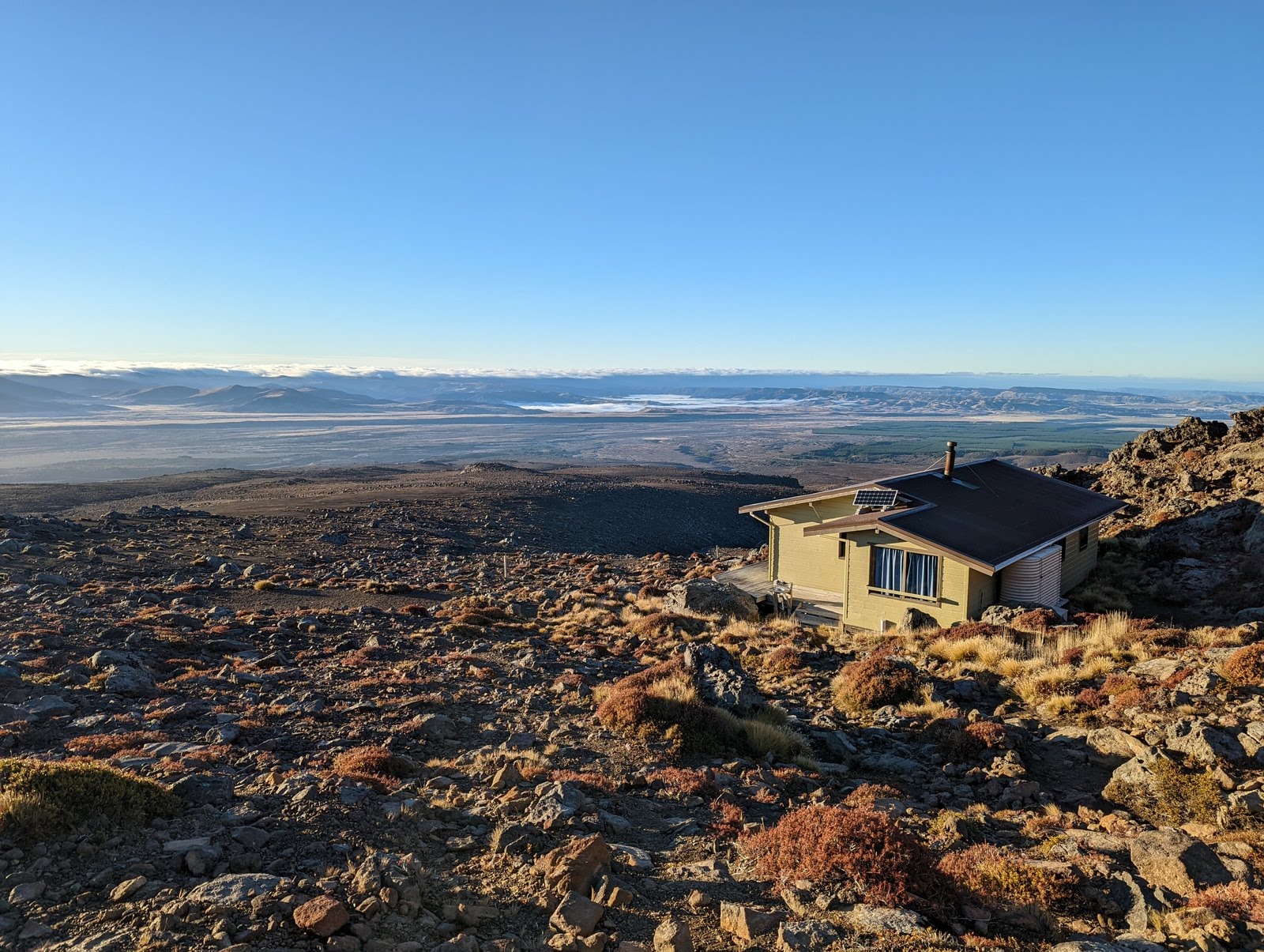 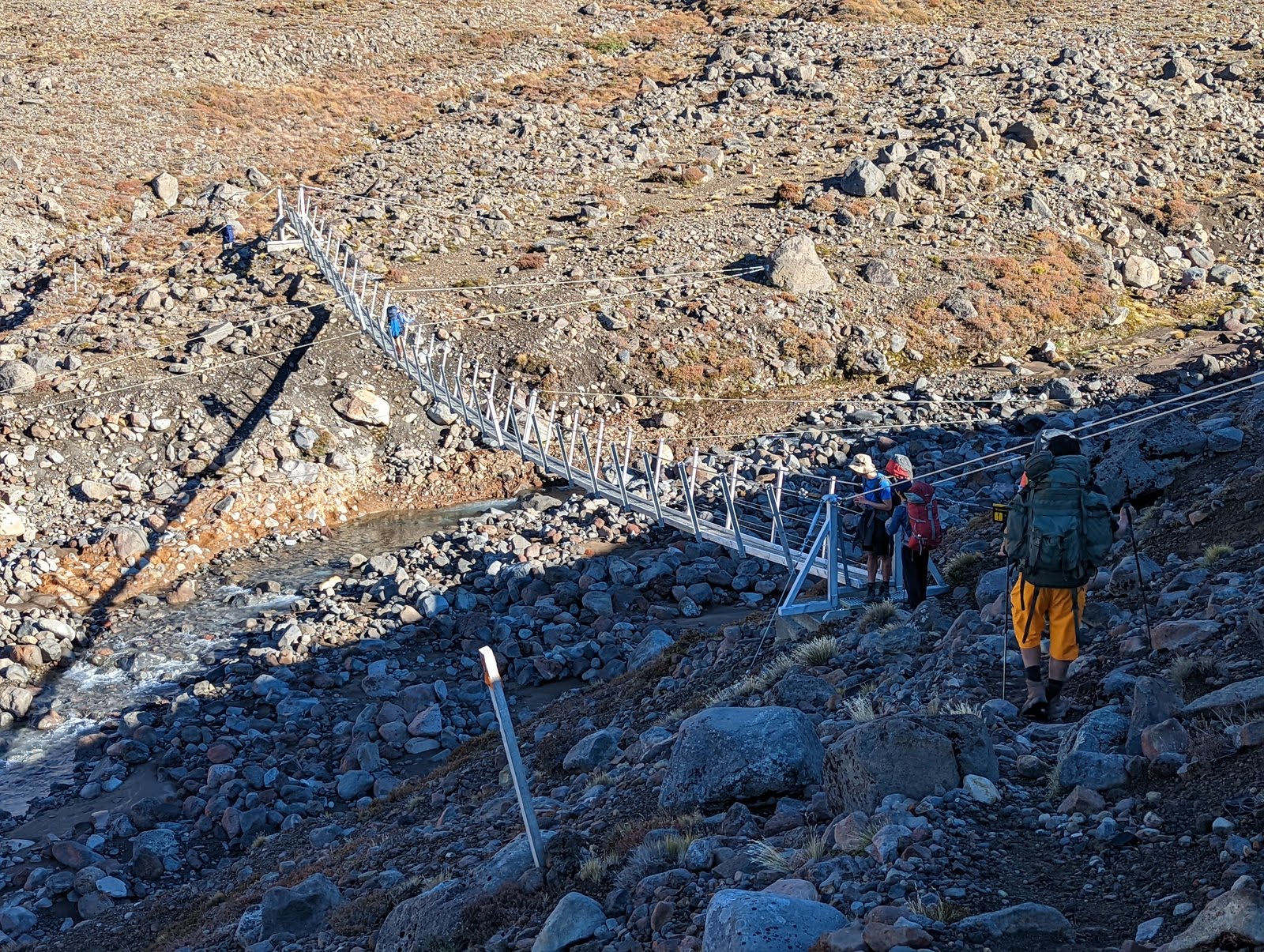 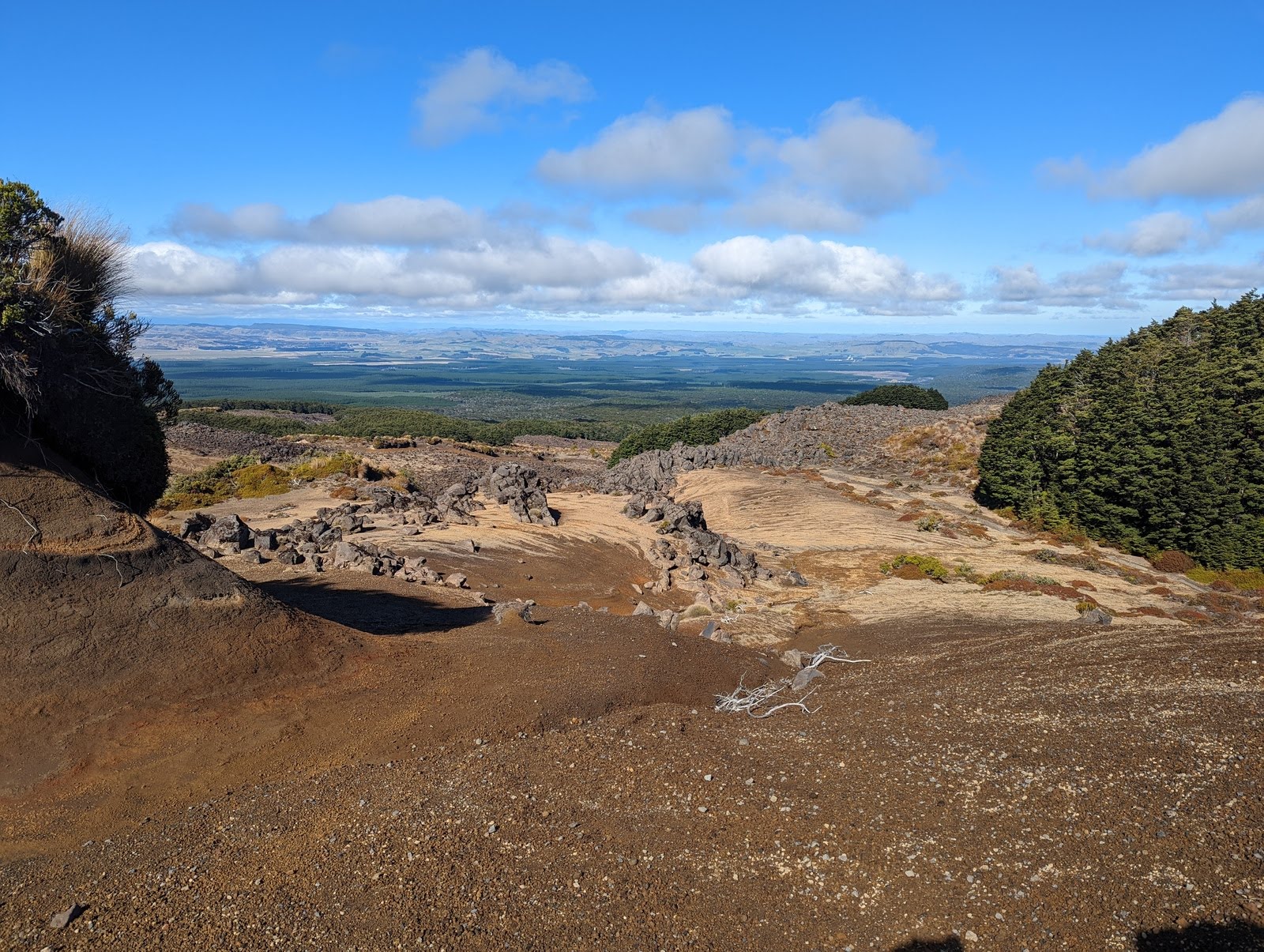 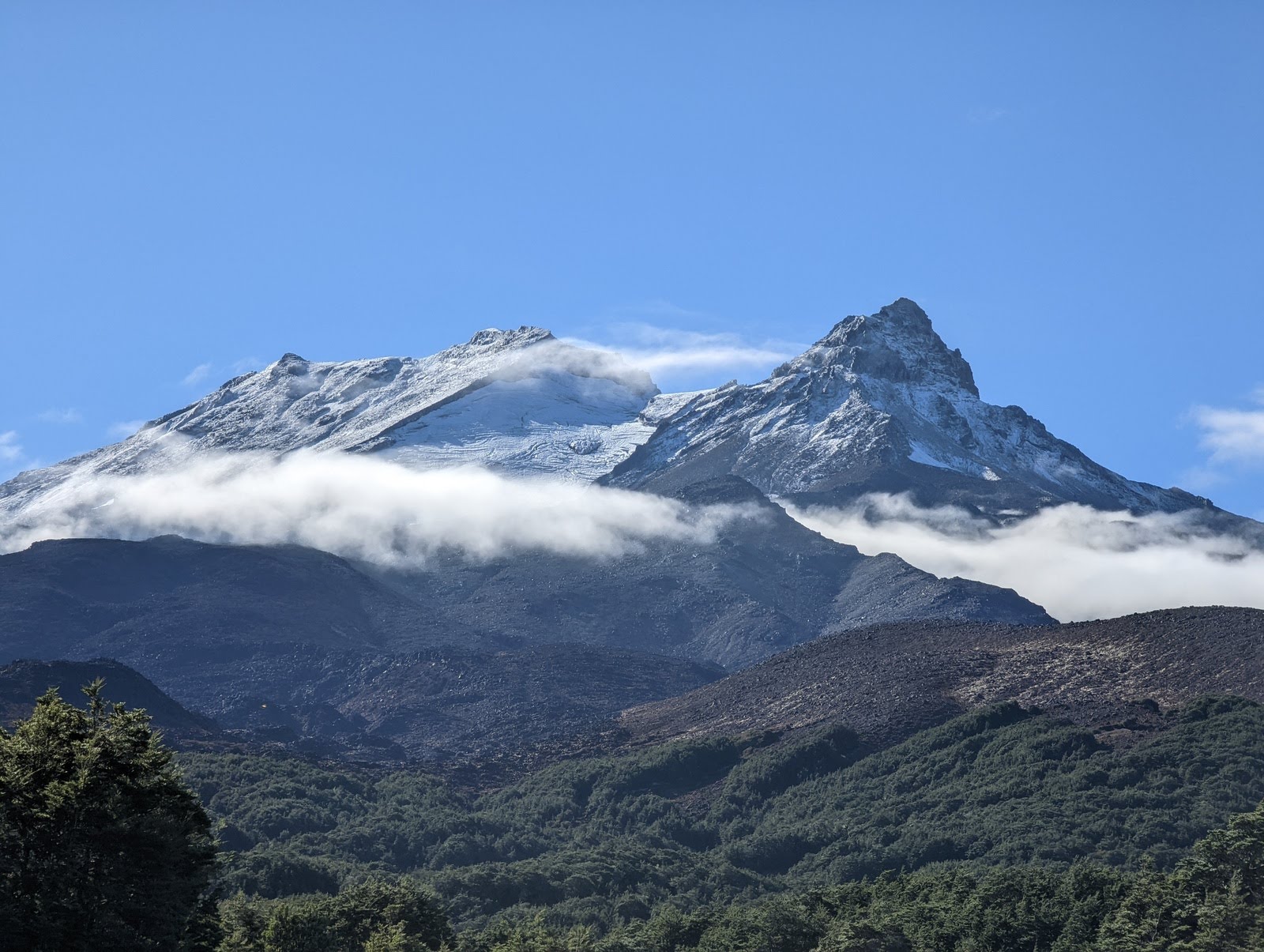 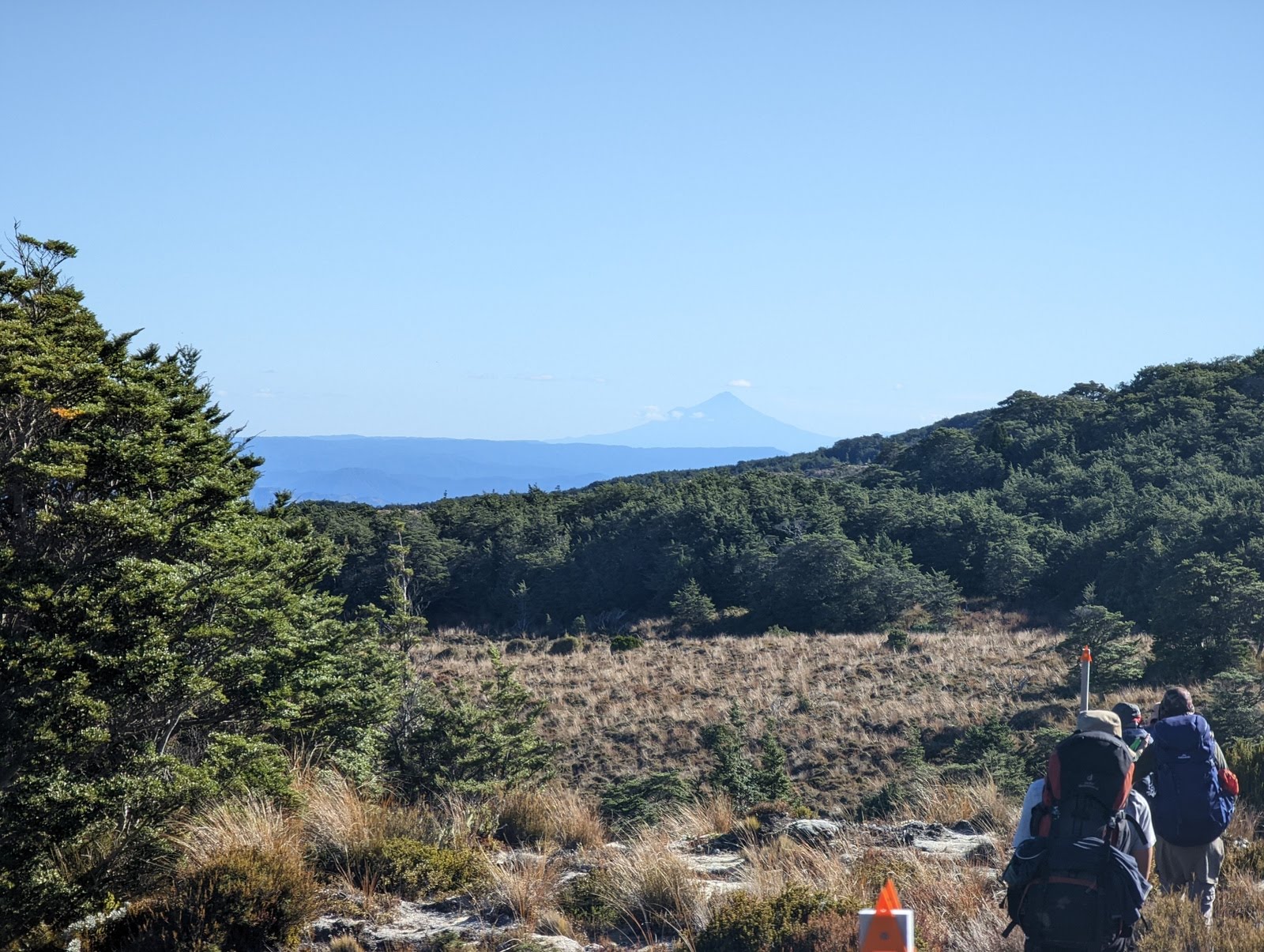 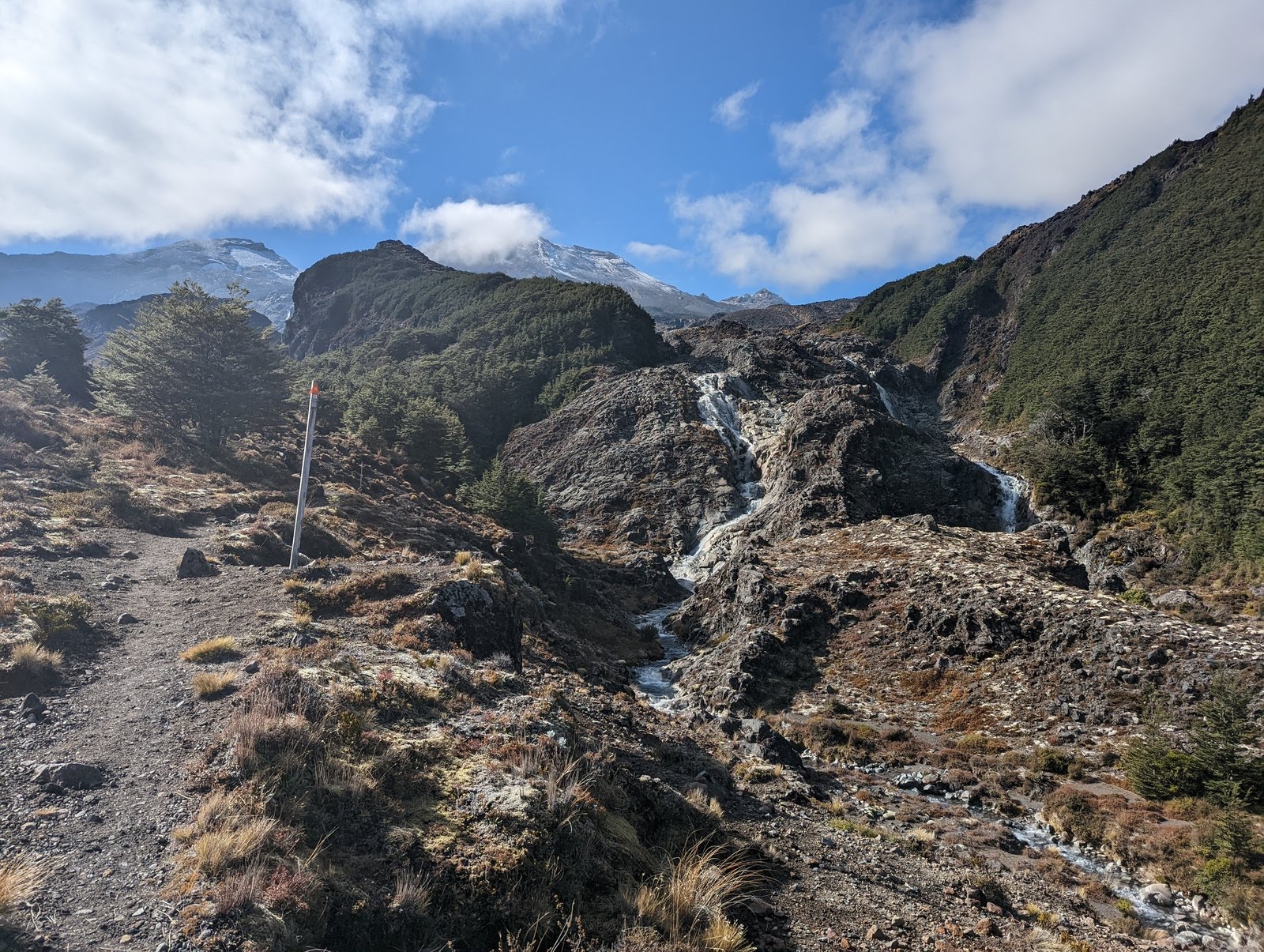 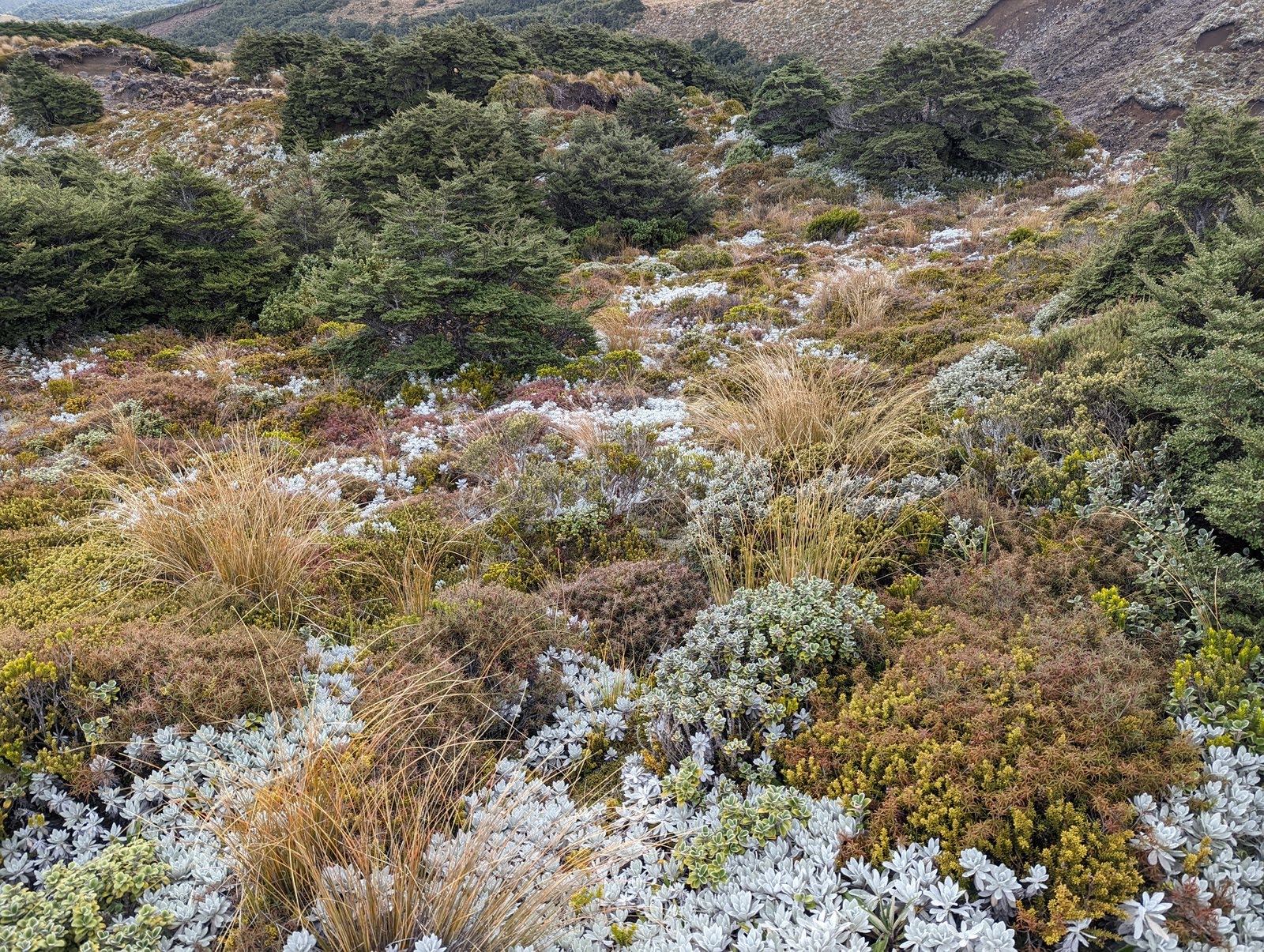 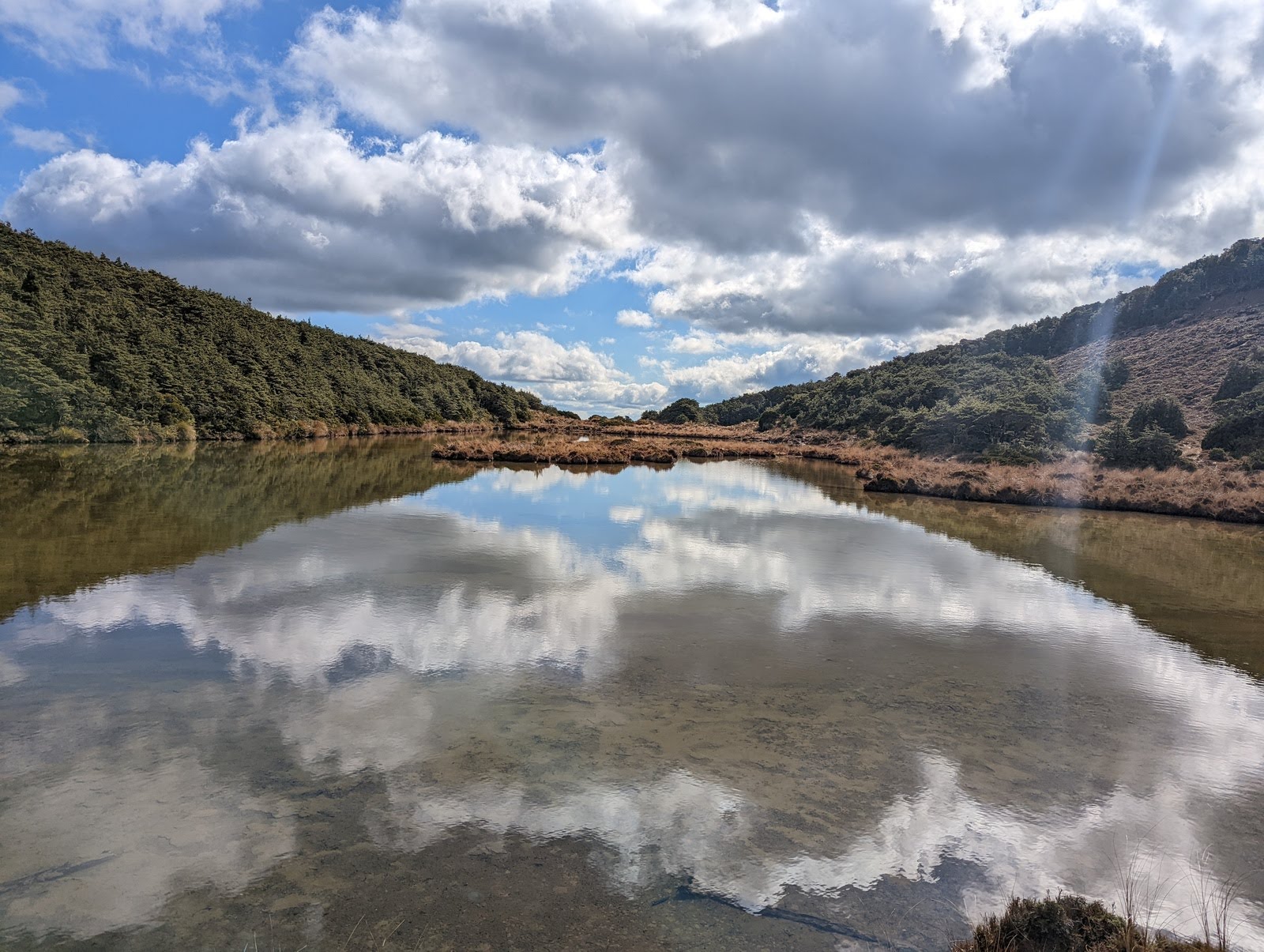 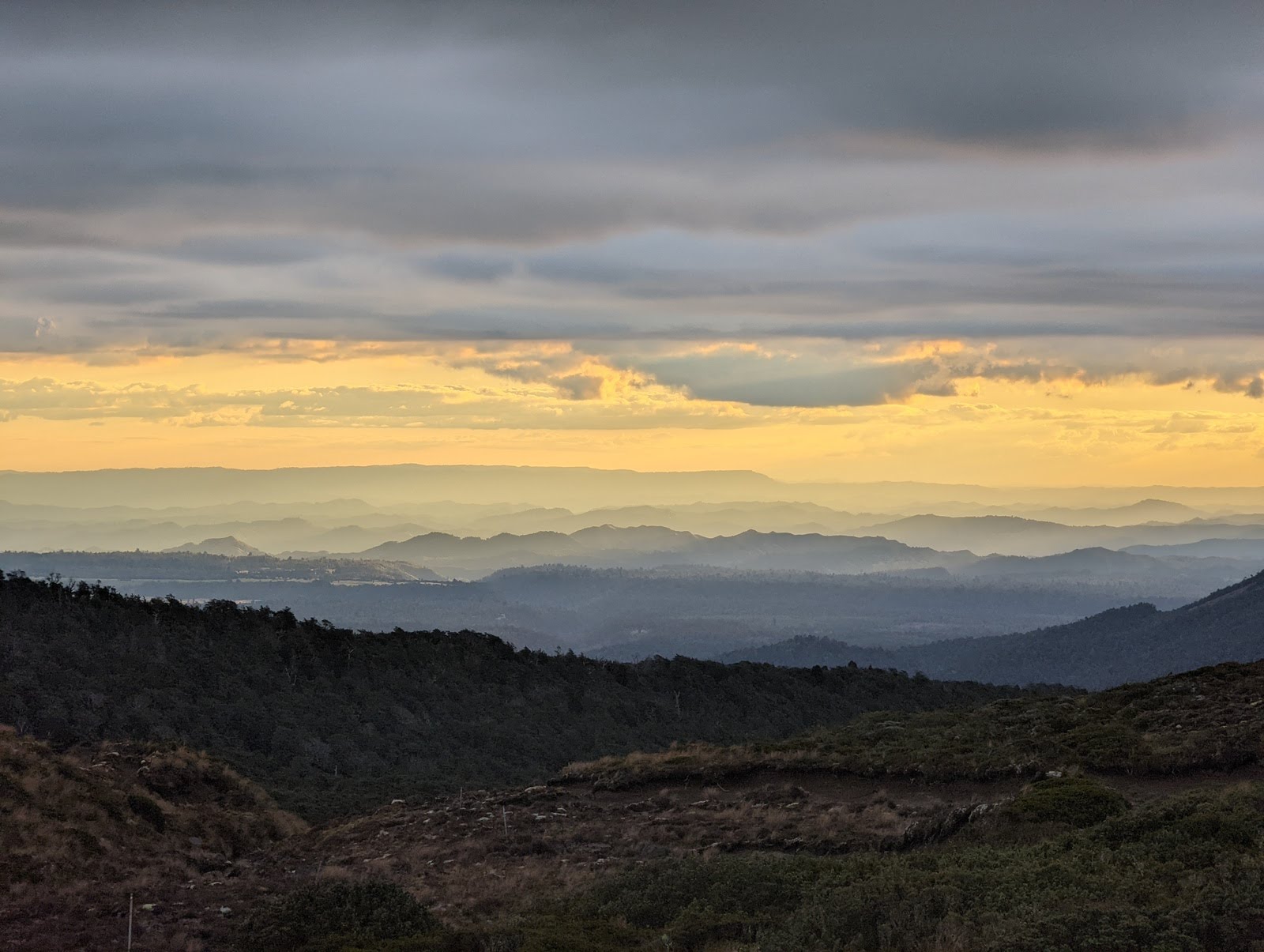 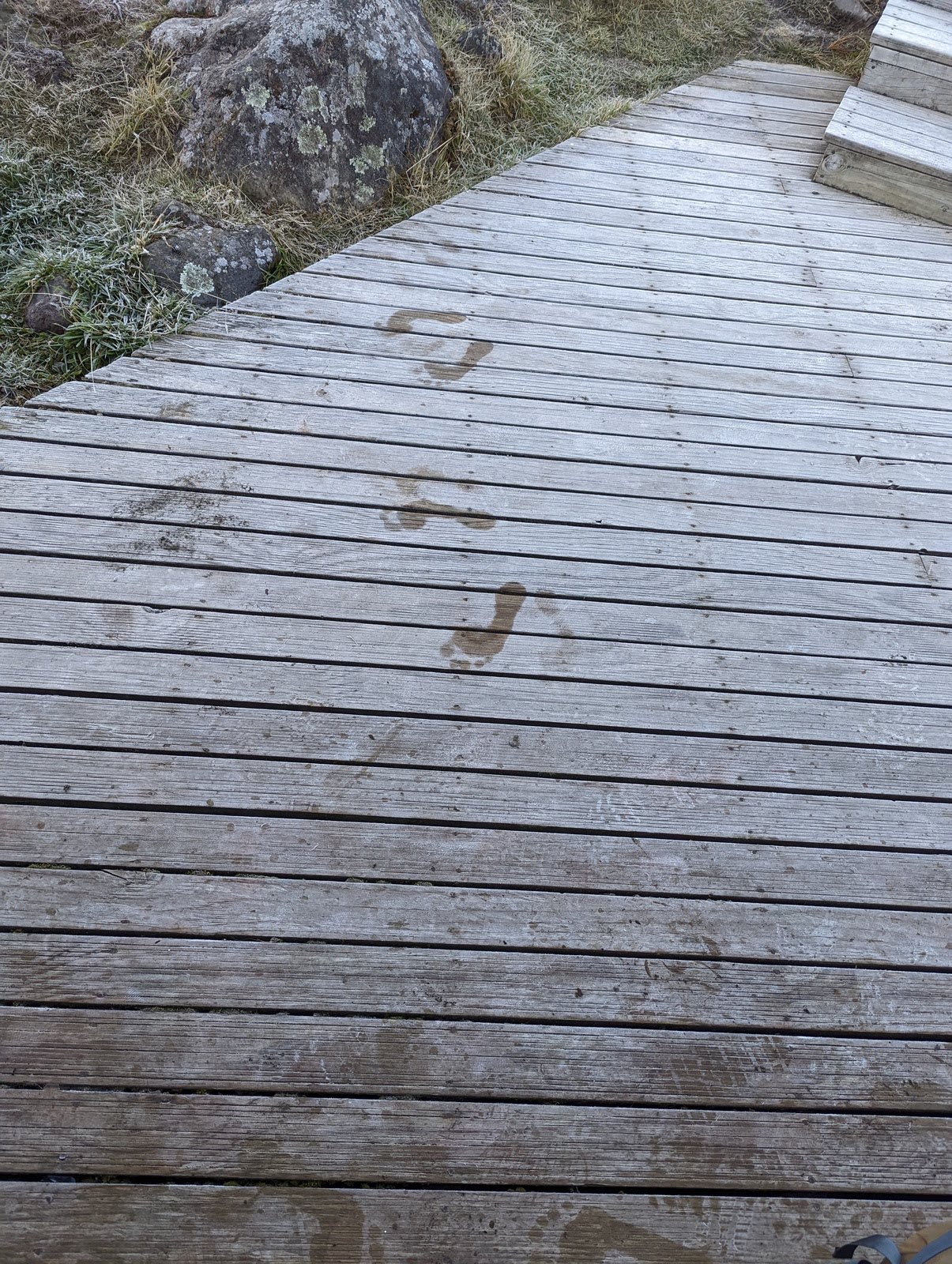 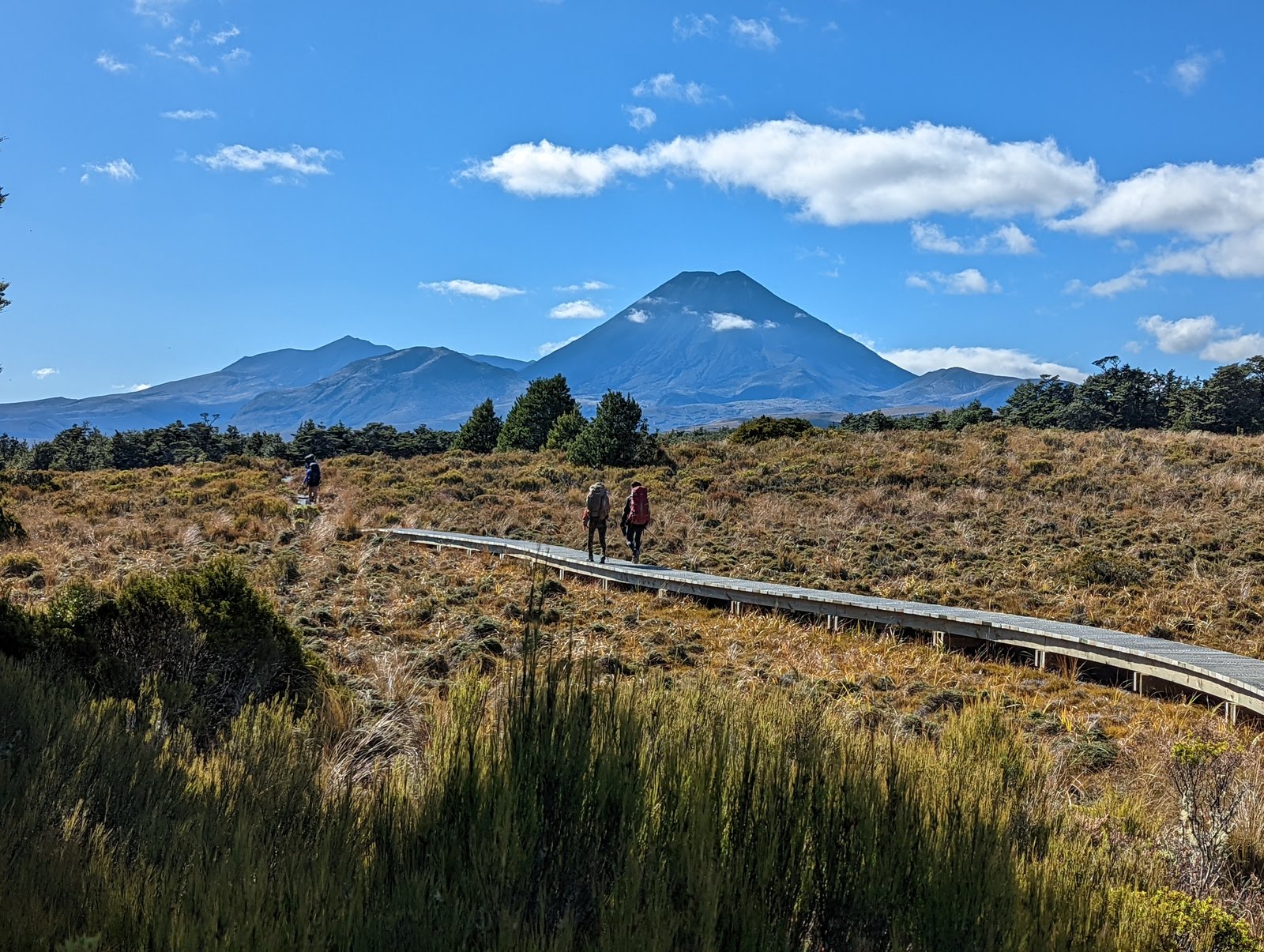