Two weeks ago we had a family holiday in the South Island. The idea was just to head down to the mountains and relax in the wintry environment, without skiing or snowboarding because I'm completely useless at those.


We flew to Queenstown and stayed a few nights at the Novotel Lakeside hotel. The room was small but the location was great, right next to Lake Whakatipu and the Queenstown Gardens park. The first full day we walked the Twelve Mile Creek loop track with a side trip to Lake Dispute, about four hours of walking altogether up in the hills north of the lake along the road to Glenorchy. The weather was great and the views over the lake to Walter Peak etc were stunning, as usual. The upper part of the track was above the snow line. Below the snow line, water running in the forest had frozen into icicles and other fantastic ice formations.


On Sunday a "polar blast" blanketed much of the country in snow. It snowed pretty hard in Queenstown at times. We spent some time inside at the Caddyshack mini-golf park, which was well worth it. We started heading up Queenstown Hill but turned back because the snow was just falling too hard, so we spent the rest of the day manipulating snow in the Queenstown Gardens.


The next day we had to drive to Twizel so we got the chains on the rental car and headed out on still-quite-snowy roads. But about halfway to Cromwell we took them off again because ironically it had failed to snow in the Mackenzie Basin, in the heart of the Southern Alps, even while it was snowing down to sea level elsewhere! So we had an uneventful drive to Twizel. We had a nice stop at Lindis Pass, which was beautiful.


We went to Mt Cook village where it was very definitely snowing, and windy and cold too. We managed to make our way to the Kea Point lookout over the frozen lake at the end of Mueller Glacier, but it was hard going for an hour into the teeth of a high wind. All the other tracks in the area were closed due to the conditions, so I was impressed to see three people tramp out of the wilderness; they must have been in the back country when the weather hit.


We visited Lake Tekapo. The big plan that day was to get up Mt John. The direct track (~1 hour) was closed due to "icy conditions" so we set off on the long route, north alongside the lake and then up and south along the ridge to the summit (~2.5 hours). The ridge was exposed to the wind so we were a bit cold by the time we got there, although the views up there made it well worth it. We got up there around 4pm with a bit over an hour of daylight left. My plan had been to run down and bring the car back to the top to pick up the rest of the family, but on our way up they'd closed the road due to high winds. (I'm not sure why; the road did not look precipitous.) So we were up there having hot chocolate at the cafe wondering how we were going to get down, which felt odd. We met a guy who'd come up the direct route, and he told us the ice wasn't really a problem and there were no dropoffs, so we decided to go down that way. We put on our waterproof pants and whenever it got too icy to walk, we just did a glissade. It was actually a lot of fun.


We drove to Dunedin and visited the Cadbury factory. Later we drove out along the Otago Peninsula --- lovely. We went on the Taieri Gorge Railway --- a lot more impressive. The Taieri river looks good for rafting.


This was the first family road trip with a smartphone. Having maps, GPS and Web browsing were very useful. On the other hand, the temptations to surf and read email were hard to resist, so it's a mixed blessing. I'm undecided whether to bring it again. 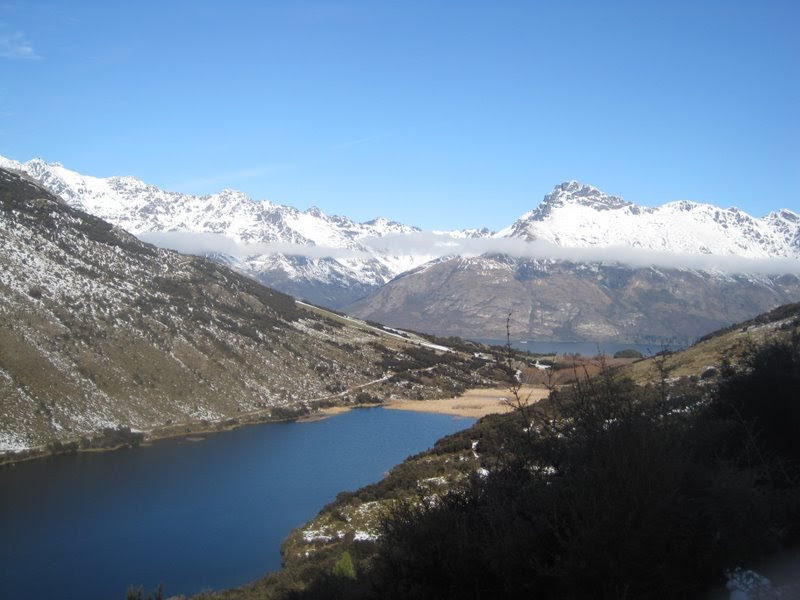 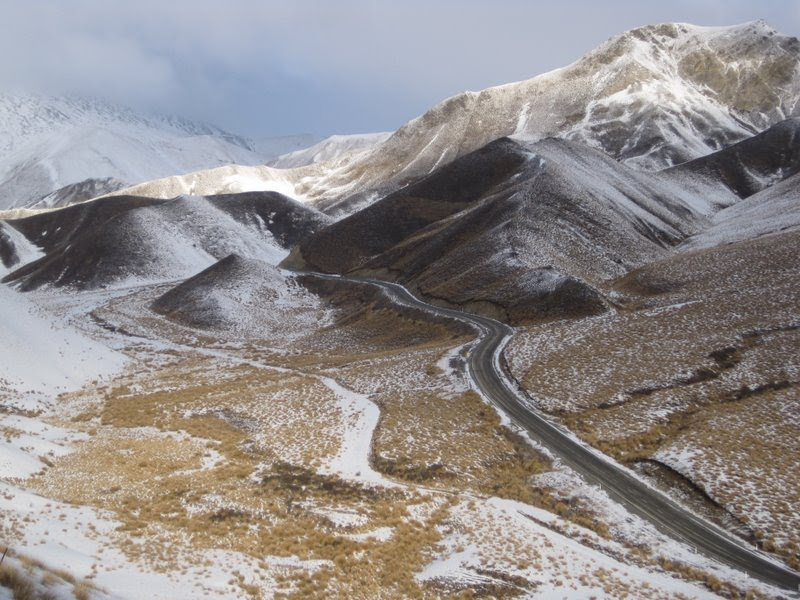 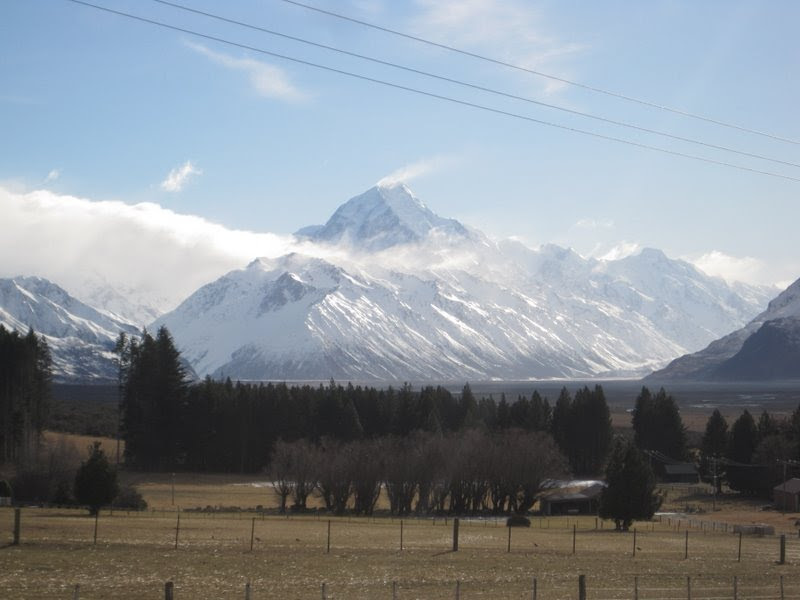 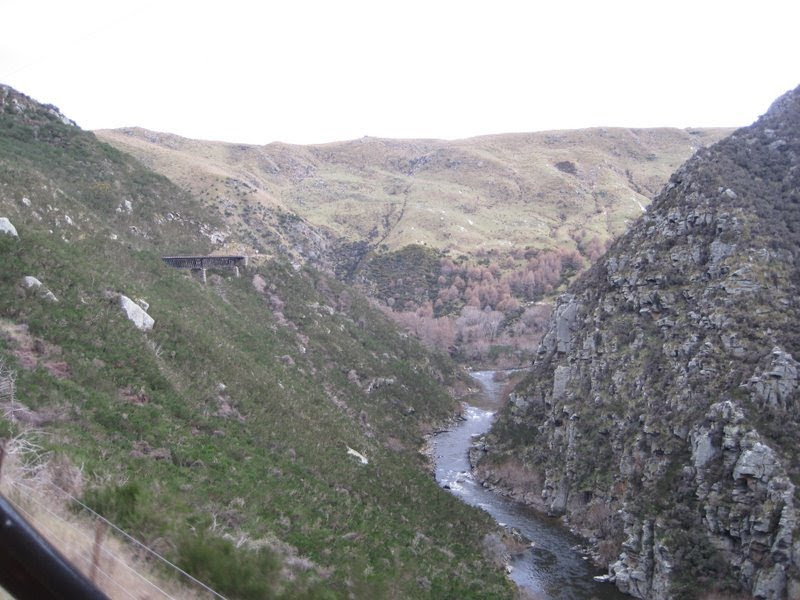