I'm very pleased to announce the release of Chronomancer, an Eclipse-based UI for Chronicle. I'm releasing it under MPL 1.1. Thanks to Mozilla for letting me do this.

As I mentioned in my last post, we successfully used Chronomancer last week to track down a bug in Gecko's cycle collector. I think that means this is the right time to release it in the hope that other people will find it useful or interesting, even though it is still far from complete. Release early, release often and all that. I also hope that people will be interested in contributing, since I certainly don't have enough time to do a lot of work on it.

I have posted a screencast of Chronomancer in action, debugging the cycle collector bug. I apologise in advance for my mumbling and backtracking and the general roughness of the demo; I don't have time to make it great. I hope it communicates the power of the tool.

Chronomancer has the following features:

There is some interesting stuff under the hood. There's an org.ocallahan.chronicle package which provides a convenient Java binding to the Chronicle engine. It does most of the query wrangling on a worker thread so we can run algorithms like call stack reconstruction without blocking the UI. There's a core org.ocallahan.chronomancer package which manages the core Chronomancer state; most of the views and commands are just extensions that plug into that infrastructure. Chronomancer also offers two new kinds of extension points:

There's so much that could be fixed or added; this was the bare minimum I could do to make something I felt was compelling. I won't even bother trying to list the possibilities right now. Maybe later I'll blog about some of the things that could be done. 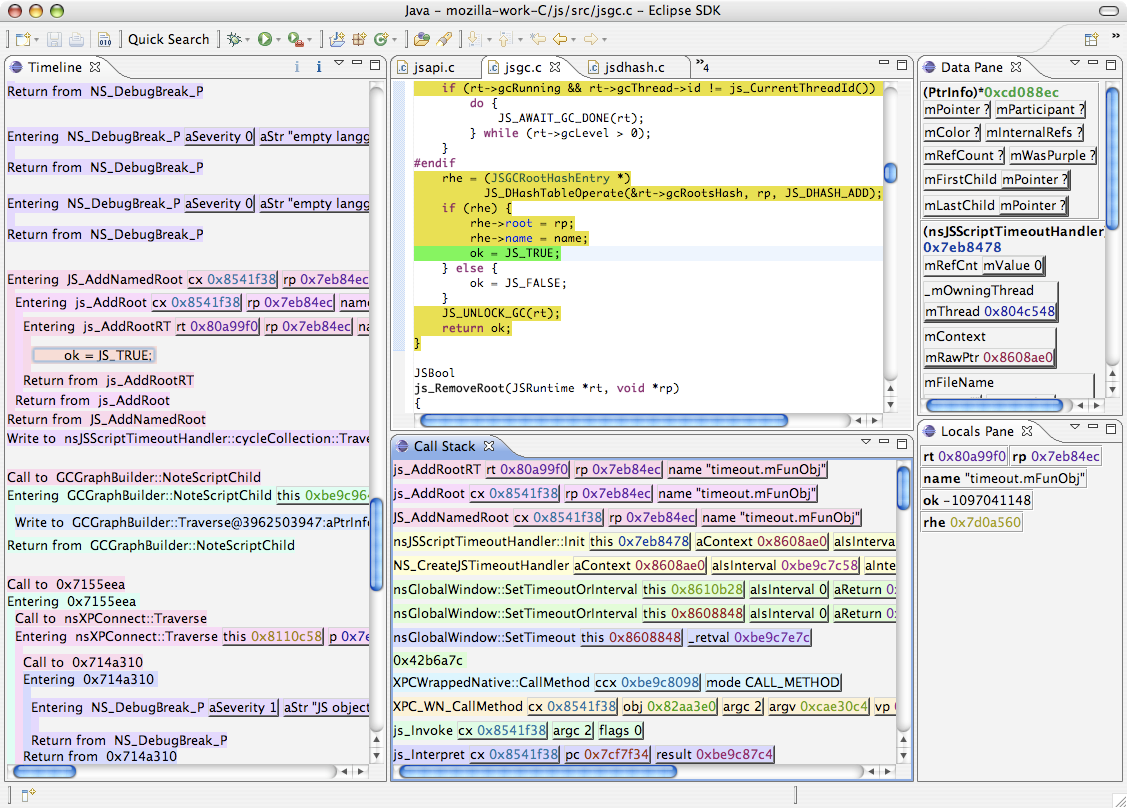