I've been reading some dissastisfaction with the state of Firefox and Gecko on Linux. I feel I should comment because for a couple of years I was Novell's "Firefox guy" and did significant work on Gecko/GNOME integration.

However it geniunely seems that Mozilla does not care about Linux the slightest.

The truth is that during every development cycle we sink a ton of effort into making sure that Gecko and all its features work well on Linux. In 1.9 we've done lots of work to integrate with Pango, fix cairo-on-X issues, make sure <video> works, wrangle build-system and compiler issues, etc. If we didn't care about Linux, we'd just drop support for it. That would help us get Mac and Windows releases out faster, and after all they're where most users are. Fortunately we don't make decisions purely for economic reasons. I'd like to see people recognise that.

Part of the problem is that people are using Gecko 1.8.1 which is over two years old now. We'll ship Gecko 1.9 soon which has a ton of good stuff for Linux users:

There's definitely more we could do. I've been soliciting volunteers to implement RGBA translucent windows for X, for example, and it would be nice to support the GNOME print dialog. But I think we've made good progress.

One observation is that the number of Mozilla developers who are Linux users has dropped quite a bit as many of us (including me) have switched to Macs. I think this is partly due to Apple's hardware and software being very good and partly due to the fact that because Apple is evil, you can virtualize Linux on Mac but not the other way around. No doubt this has impacted Linux support a little bit. I still think that Linux is ultimately very important to Mozilla because proprietary client platforms will always pose a threat to the open Internet; the client vendors will constantly be trying to find ways to extend their control into the network. (And of course an open Internet is crucial to the survival of open clients, which is one of the main reasons I do what I do.)

Let me just address a few other complaints while I'm here: 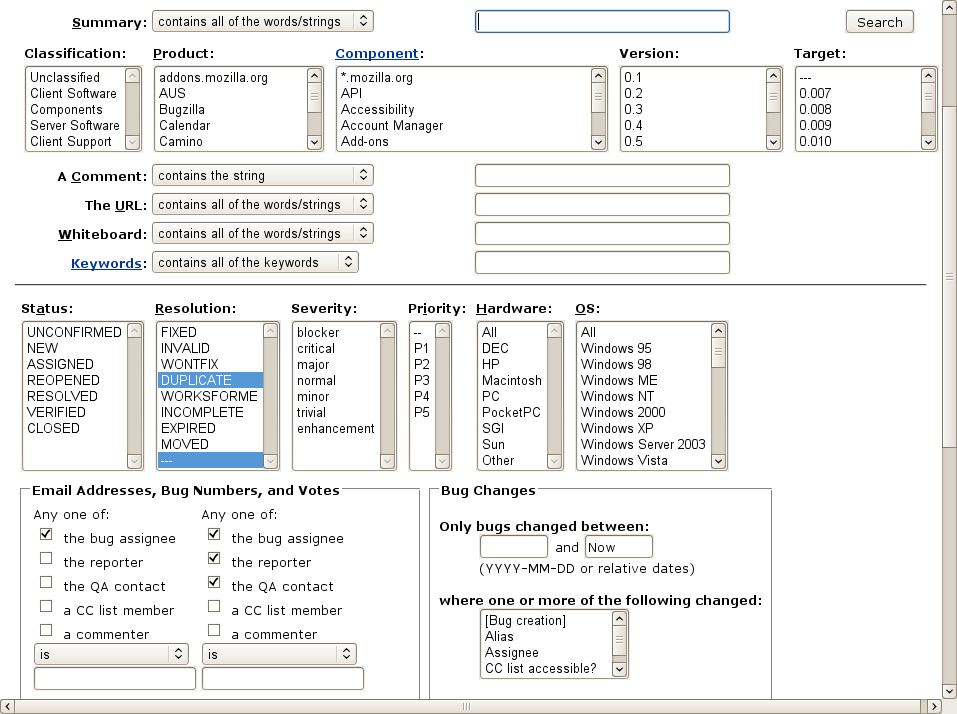