Yesterday was ANZAC day so our family went out with some friends to Bethell's Beach/Te Henga for some short walks and a picnic lunch. We did the "Auckland City Walk"; it was very nice but I'm unsure of the reason for the name, since there was nothing city-like about it. We actually walked up to the Waitakere Dam and then the others continued to Scenic Road while I went back to get the car and pick them up.

We had lunch near the beach and walked along the beach afterward. After that, we explored the remarkable sand feature up behind the beach. Basically sand has swept inland and formed a gigantic sand dune, damming a stream and forming a large freshwater lake, Lake Wainamu. The area is magnificently desolate ... if you ignore the trees and pastures all around it, and the lovely lake! It must be one of the best places near Auckland to shoot desert scenes (if you don't pan up too far) --- there was a group doing just that. Judging from the bad costumes it could have been a sequel to Blake's 7. 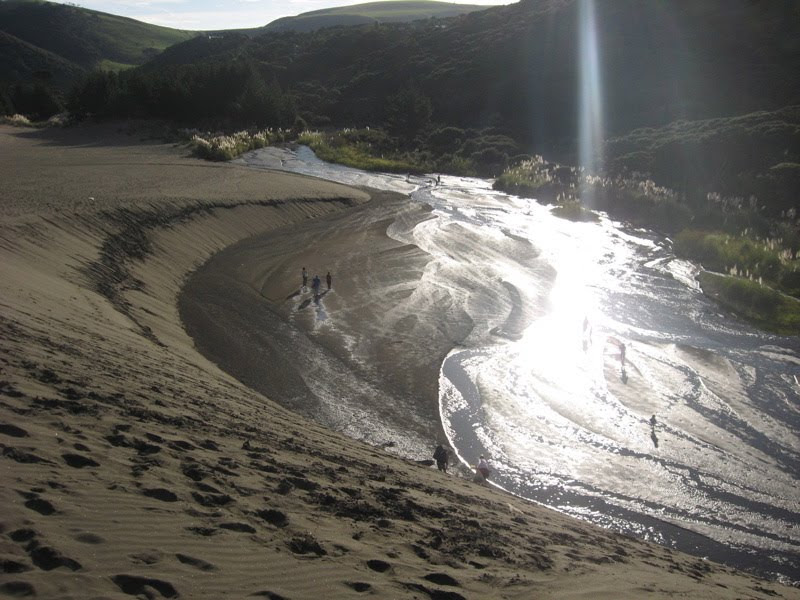