Last week, during the school holidays, our family took a trip to Wellington. It's a pretty good winter destination, with plenty of indoor activities, especially the Te Papa museum. The weather wasn't too bad so we also got outside; notably we completed the "Southern Walkway" from Oriental Bay to Island Bay --- a significant achievement to have two small children walking for five hours. They're definitely following in my footsteps (so to speak).

Te Papa was good, but I have to say (speaking as a devotee of geological spectacle) that their Earthquake Room isn't quite as good as the Auckland Museum's Volcano Room. We went on the tour of the Beehive and other government buildings, which was considerably more interesting than I expected (and led by a man with a strong US accent, curiously). Overall Wellington was lots of fun.

We flew down but took the Overlander train back to Auckland. The train is slow --- took us over 12 hours --- but a great experience for all. The views were magnificent even though it rained much of the time and we did not encounter any snow, and the great volcanoes of the plateau were shrouded in cloud. That's two out of two times our family's been to the plateau and failed to see them, but we'll keep trying! Probably the thing to do is to wait for a big snowfall and clear conditions and jump on the train the very next day. 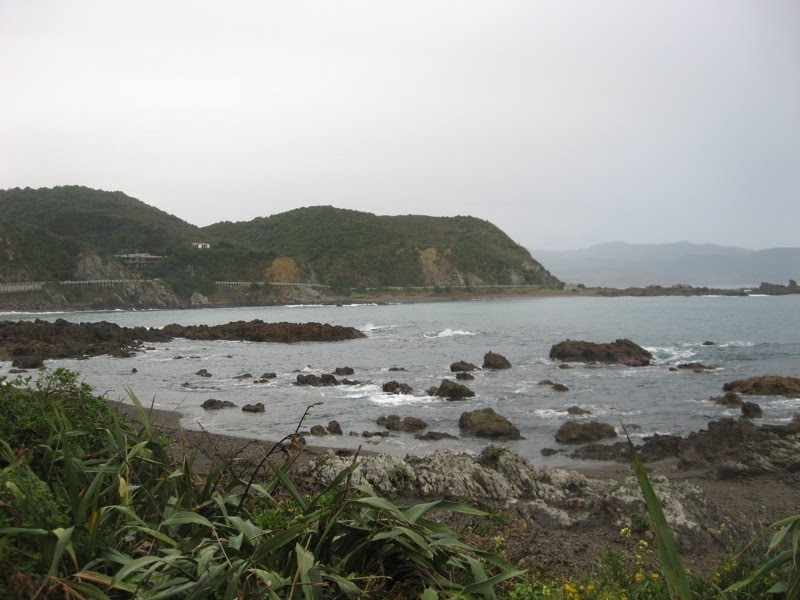