Jonathan Watt arrived in Auckland on Saturday to spend some time at the office on his way to the SVG WG meeting in Sydney. To help him adjust to the antipodean time shift, I took him with my family for some time outdoors in glorious summer weather. Tim Terriberry, who works on the Theora codec, was also in town so we brought him along, along with Michael Ventnor, our remaining intern (who works on GTK integration and CSS effects).

Auckland's west coast is hard to get to except by private transport, the scenery is spectacular, and the area has a huge variety of destinations and walks, so I always like to take guests there if they haven't been --- or sometimes even if they have. So we went out to the end of Te Ahuahu Road near Piha and walked the Mercer Bay track down to the Comans track and thence down to Karekare Beach. It was a great day but hardly anyone was around in Karekare. I thought after they sealed the road it would get busier.

After lunch on the beach we drove back to Piha for a quick jaunt half-way up Lion Rock (that's as far as you can go). That gave us a great view of some kind of surf lifesaving carnival.

Below: Michael Ventnor, Tim Terriberry, Jonathan Watt, and me at Karekare beach. 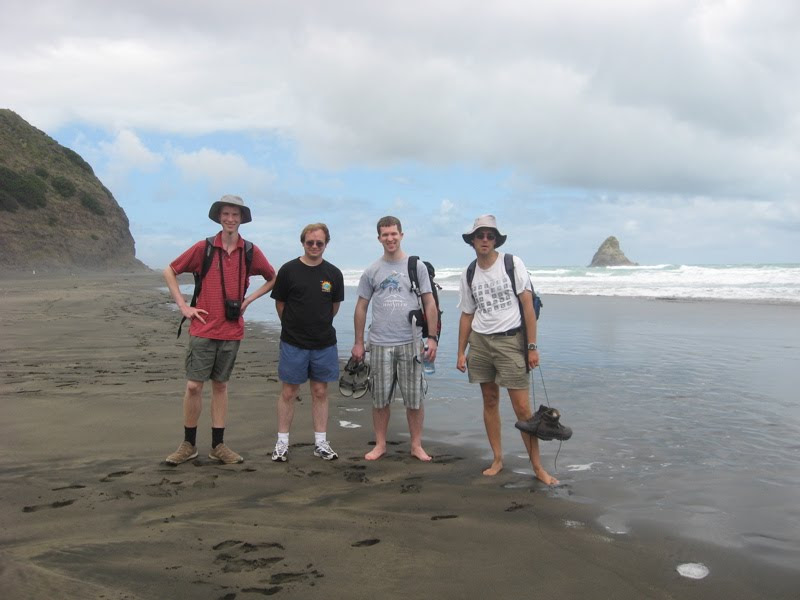 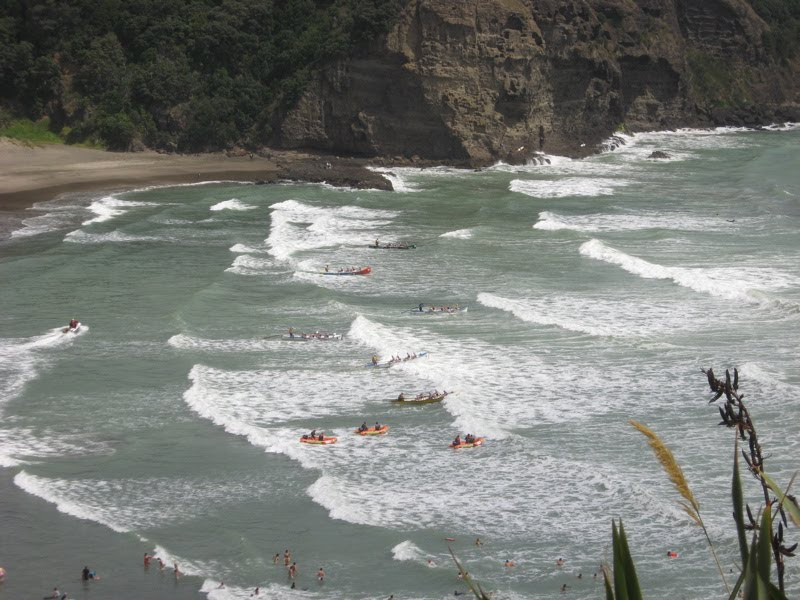