I'm back in Auckland for one night before I head off again to California. The Australia trip was great. We roamed around Sydney visiting friends and relatives, but had a couple of days in the Blue Mountains on our own. The weather was great throughout. I achieved complete Internet independence for a week, no withdrawal symptoms.

Like most of our trips there was lots of walking and lots of eating. The Blue Mountains were excellent --- great views, and really interesting geology and habitats, especially the way water trickles down the cliffs forming amazing "hanging swamps". We loved the Wentworth Falls area, especially the National Pass walk that descends from the top of the escarpment down through wet gullies and then along a shale ledge halfway up great Triassic sandstone cliffs, then up hundreds of steep steps beside the waterfall. The track's graded "hard", probably due to the staircases, and the nominal time is 3 to 4 hours, but we did it in 2:45 including lots of lookout stops ... not bad for my 4 year old son! We'd already walked 2.5 hours down the Giant Staircase and along Dardanelle Pass in Katoomba that morning. The following day we walked to the bottom of Govett's Leap falls and back up, also very nice, but a bit trickier due to wet rock surfaces, especially going down.

If I'd realized before booking how much of the appeal of the Blue Mountains rests on peering over precipices and descending impossibly steep stairs, I might have had second thoughts on account of my fear of heights. Since I had a great time anyway, I'm glad I didn't know!

Just before these walks I'd been reading The Watchmen (fabulous). I was struck by the contrast between that bleak vision of fallen humanity and the glorious beauty of God's creation. It's good to look away from man for a while. 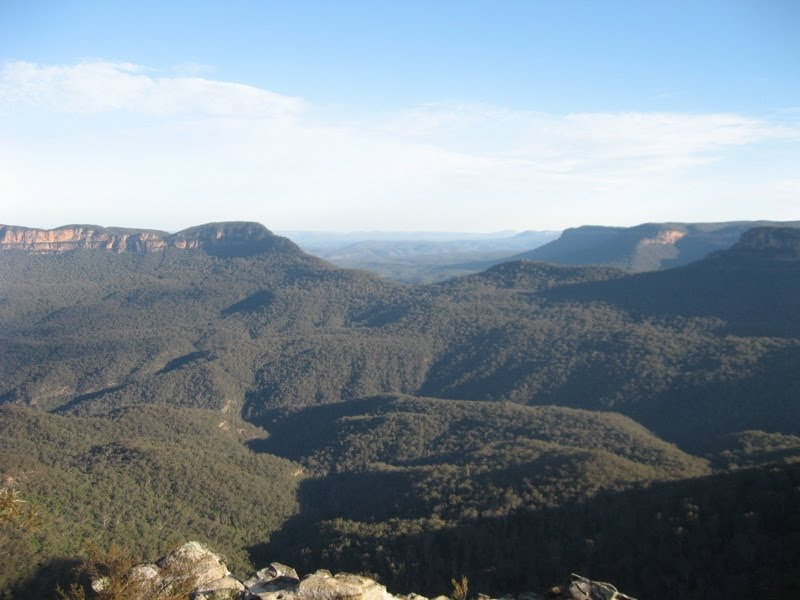 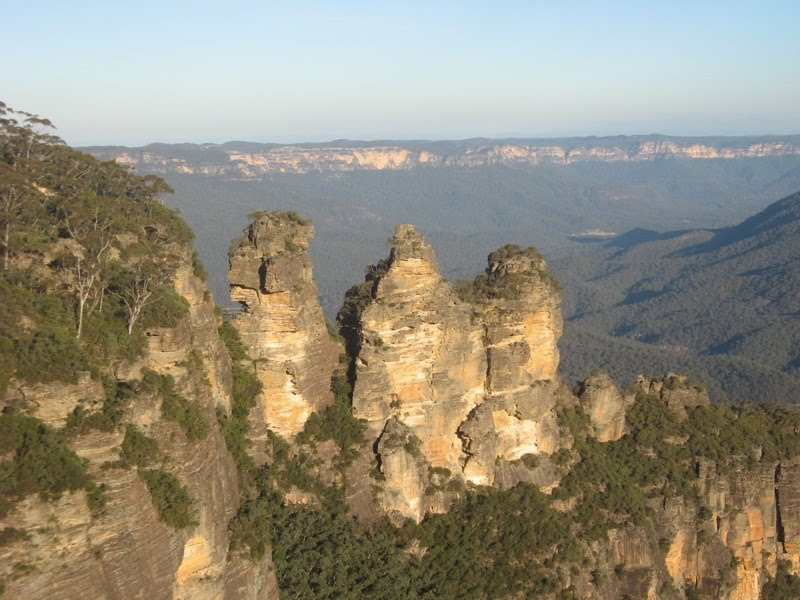 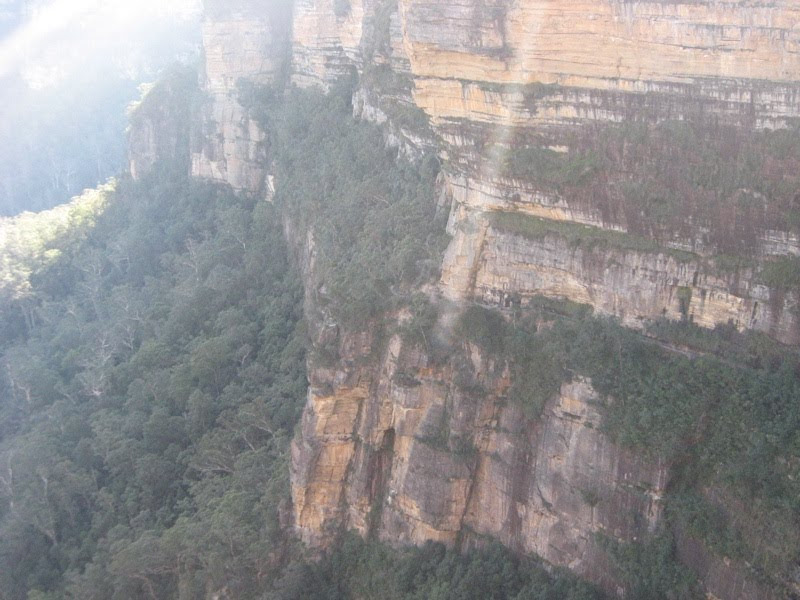 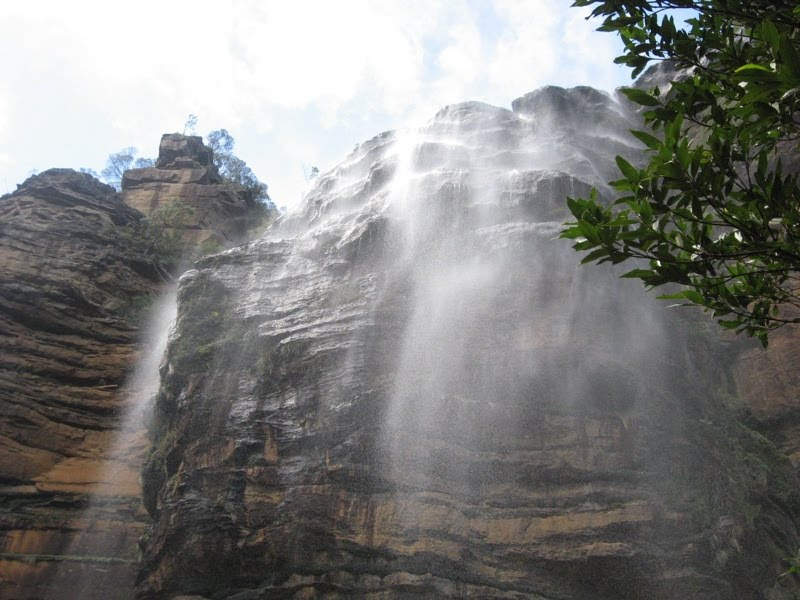 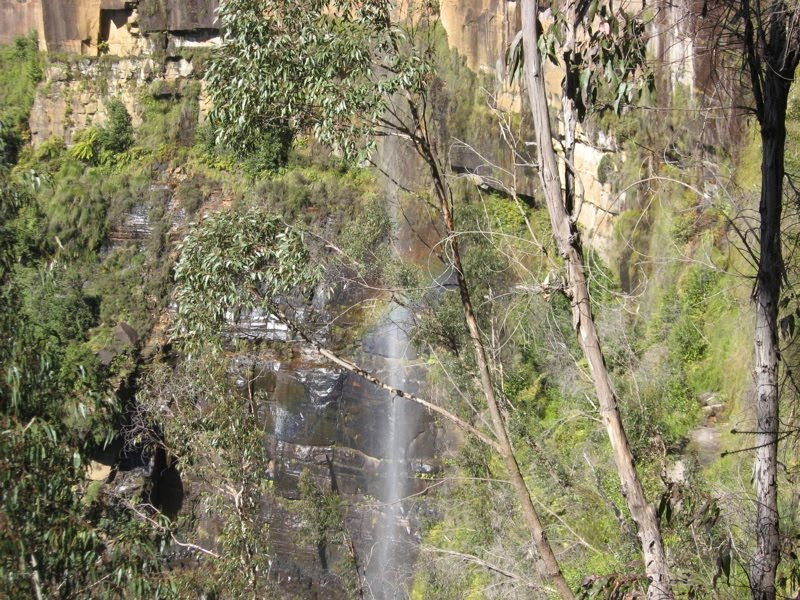