Winter's Day On The West Coast

On Saturday our family went out to the west coast with Mozilla intern Markus Stange and another friend, to enjoy a fine winter's day, get some exercise, and show off some of the spectacular scenery of the Waitakere coast.

We started at the end of Te Ahuahu Road just south of Piha. The Mercer Bay Track started with instant gratification of views over Piha and the Tasman Sea and then took us south down the hill to a lookout over towering cliffs, where we had lunch. We carried on south to the Ahu Ahu Track and then Comans Track, which winds south and downhill to Karekare, with great views north to Mercer Bay and south over Karekare Beach to Whatipu along the way. The tracks were muddy in places but otherwise in good shape.

At Karekare we walked on the beach for a while and checked out the rocks and pools at the north end of the beach. Markus distinguished himself with some inspiring rock climbing. There were some good waves rolling in, and an easterly wind was blowing the tops off the waves --- spectacular.

My wife had brought the car down, so we drove back to Piha and headed to the end of Glen Esk Road for the track to Kitekite Falls. It's an easy gravel track beside the Kitekite Stream, very relaxing. The return leg has a couple of easy stream crossings. The Falls always look great.

Then we headed back to Piha beach and wandered to the southern end. Markus and I took a quick walk further south along the Tasman Lookout track and found a way down the hill to the beach behind the small Taitomo Island, which is connected to the mainland by sand which is only covered at high tide. The way down the rock face wasn't easy to find though! We stood near "The Gap" in the island watching waves crash through the narrow passage between two parts of the island; we were surprised by a particularly big surge which flooded the area all around us, leaving us on an isolated dry spot! No wonder so many rock fishing people drown. We got away dry and walked back to Piha beach around the rocks.

After all that we had one more walk: up Lion Rock in the middle of the beach. It's steep, but easy, and a great view. Too bad you can only go halfway up these days due to instability at the summit. The sun set behind clouds over the ocean.

Altogether we were in the area from about 11:30am to 5:30pm --- a superb day. (I solved homework problem #2 somewhere along the way, too!) My kids were still running around at the end, so I'm going to have to upgrade the difficulty of these trips!

We finished the day by driving back to the city and having dinner at Sunshine. As far as I know it's still the best Chinese restaurant in Auckland, as good as I've had anywhere in Australasia and North America. And though it's not the cheapest place in town, it's not really expensive either; last night's dinner was $84 for the set menu for six.

All in all I have to thank God for letting me live here :-). 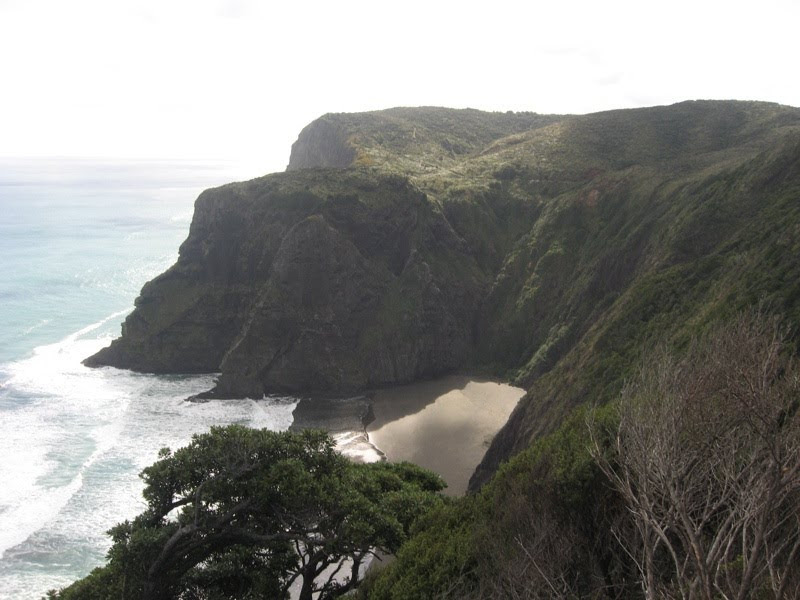 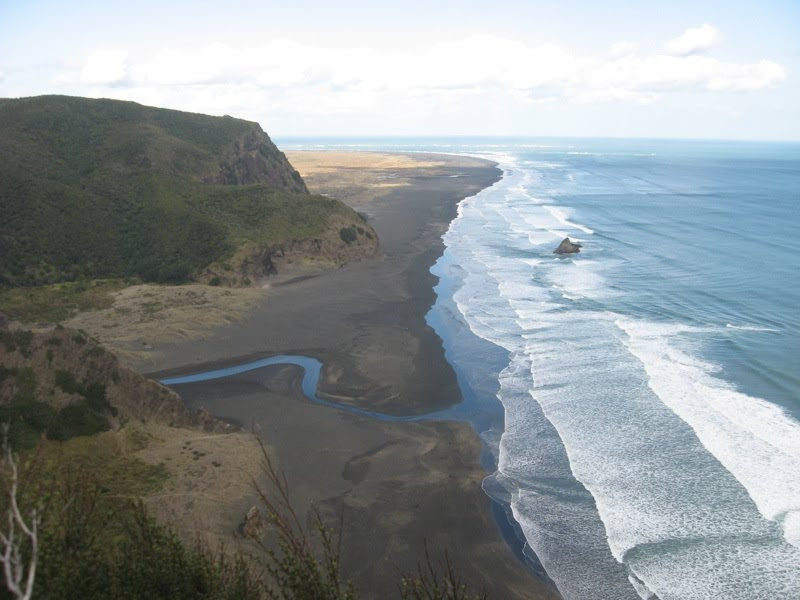 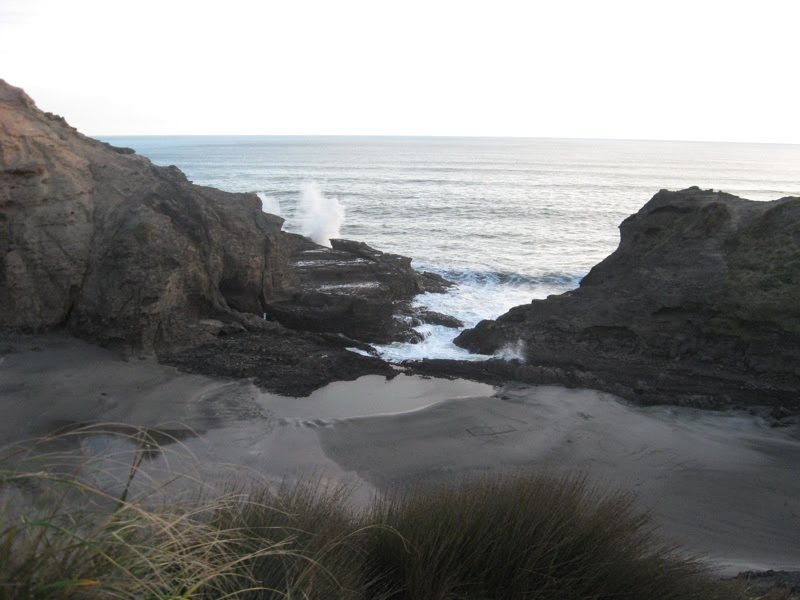 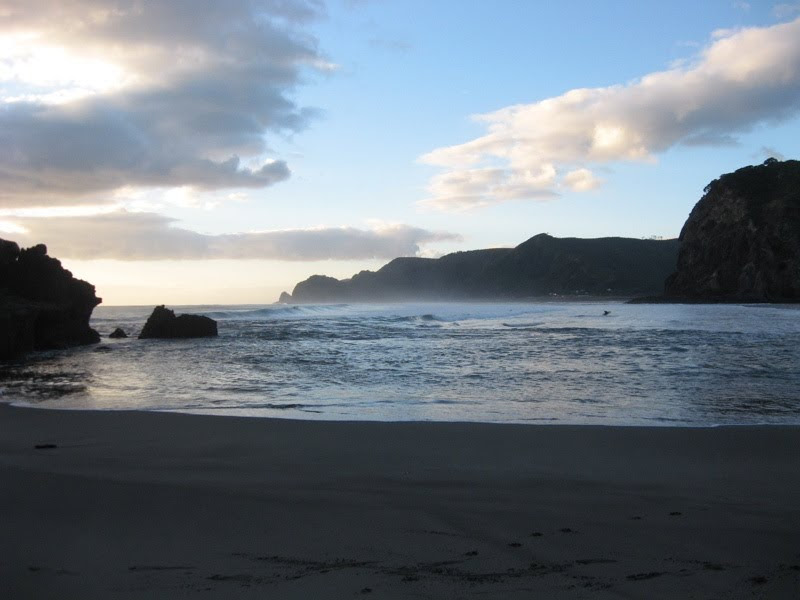