The Road To LCA: Ruapehu

Several Mozilla-related people went to linux.conf.au in Wellington last week. We decided to combine this with our annual outdoorsy "team building for accounting purposes" Auckland Mozilla office event, by driving down from Auckland and spending a couple of days in Tongariro National Park on the way.

So, Sunday night found me, Karl Tomlinson, Michael Ventnor, Josh Matthews, Taras Glek, Matthew Gregan, Chris Pearce, Tim Terriberry and a few others in National Park. The drive down was great ... our visitors finally saw the sheep they'd been waiting for. We had a great dinner at Schnapps Bar, the only hitch being that we exhausted their venison pie special. Our evening was occupied with a six-player game of Settlers. I won.

On Monday the weather report predicted afternoon thunderstorms so our plans to ascend to the summit of Mt Ruapehu were aborted. Instead we took the Whakapapaiti Valley Track from the Bruce Road down to Whakapapa Village, many of us taking a detour to the Silica Rapids near the end. Even though it rained a fair bit, I still really enjoyed this walk. It descends from alpine terrain into forest, crosses some nice mountain streams, and the Silica Rapids look awesome. Photos below.

Monday night's dinner was at the Station Cafe ... pretty good, although I think Schnapp's Bar is better value for money. Monday night's game was Scrabble. Josh won, although I claim I was crippled by getting 4 "I"s on my last tile draw.

On Tuesday the weather was again very cloudy up the mountain and the chairlifts were reported to be closed. Just for the heck of it we drove up to the Whakapapa ski area anyway, and thanks to some fast talking by Karl we managed to hire a guide and get the chairlifts to run us up the mountain to the start of the walk to the Ruapehu summit. Due to people leaving on Monday night and Michael not feeling up to wearing his boots for another five hours, six of us went up: me, Matthew and Casey, Karl, Josh and Taras. It was a fantastic trip. The cloud came and went, but we had great views of parts of the mountain, especially the crater lake. Just being up there eating lunch looking down into the swirling waters of the lake was amazing for a volcanophile like me. (The base of the lake is a molten sulphur plug over the vent; the surface lake water is currently heated to 16-17C and is highly acidic.) The walk up was steep and rockhoppy, but fun, and going down was even more fun, due to a few short cuts that involved butt-sliding down the snow. Highly, highly recommended. I can't wait to do it again.

Our guide Callum was great, and had a lot of stories to tell. He was involved in the rescue operation in 2007 when the volcano belched a few rocks into the Dome Shelter hut and smashed the leg of a climber sleeping there. The DOC ranger we met at the summit claimed that there are still pieces of sleeping bag at the bottom of a hole in the hut floor...

As soon as we got back to the car, Michael, Josh, Taras, Karl and I drove straight to Wellington. We didn't get there in time for the Speaker's Dinner, but I had already expected that ... I heard the dinner was great, but I don't regret choosing Ruapehu instead! I'll blog more about LCA soon. 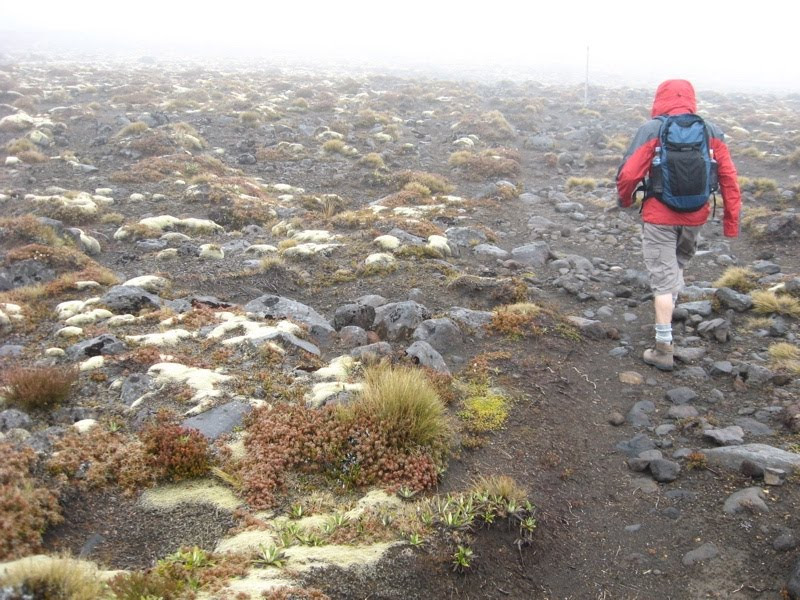 Alpine terrain near the top of the Bruce Road. 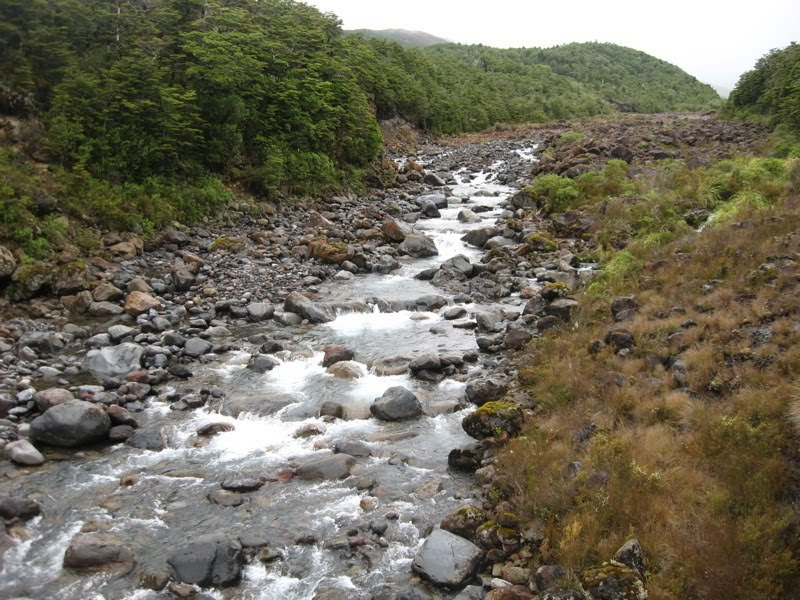 A stream in Whakapapaiti Valley. The water was so cold that just dipping my hand made my fingers tingle. 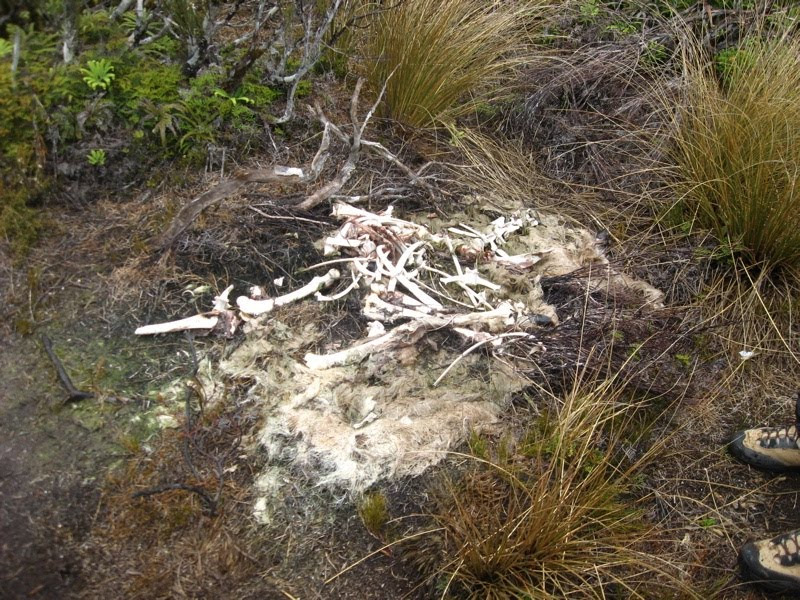 No wonder the venison pie was on special. 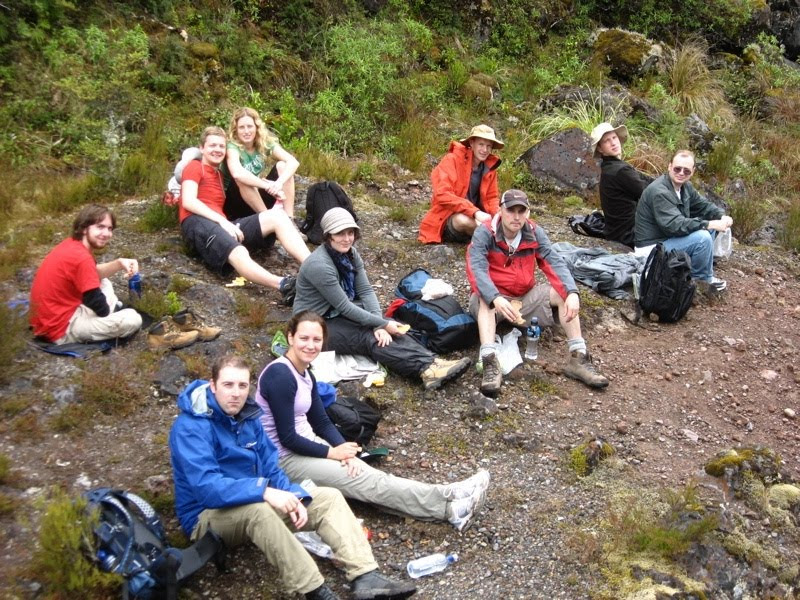 Lunch in the Whakapapaiti Valley. 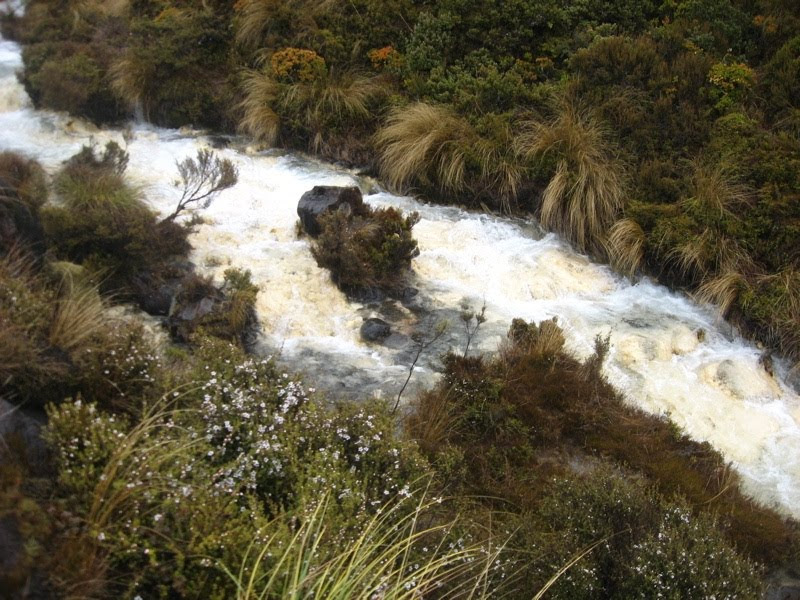 Apparently the water leaches alumino-silica minerals out of the volcanic rock while underground. When it reaches the surface and encounters rapids, carbon dioxide leaves the water and the minerals precipitate out. 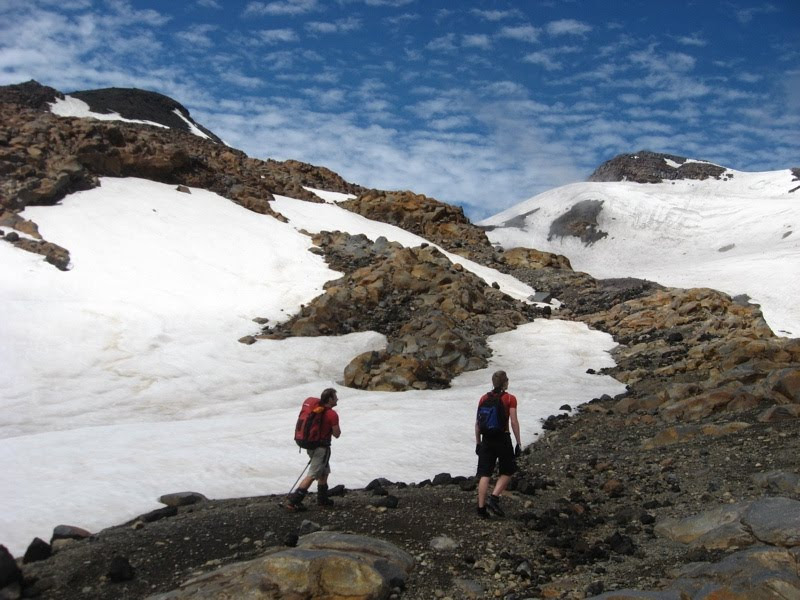 Heading up to the Ruapehu summit. Most of the walk ascends rocky ridges like the one you see here. 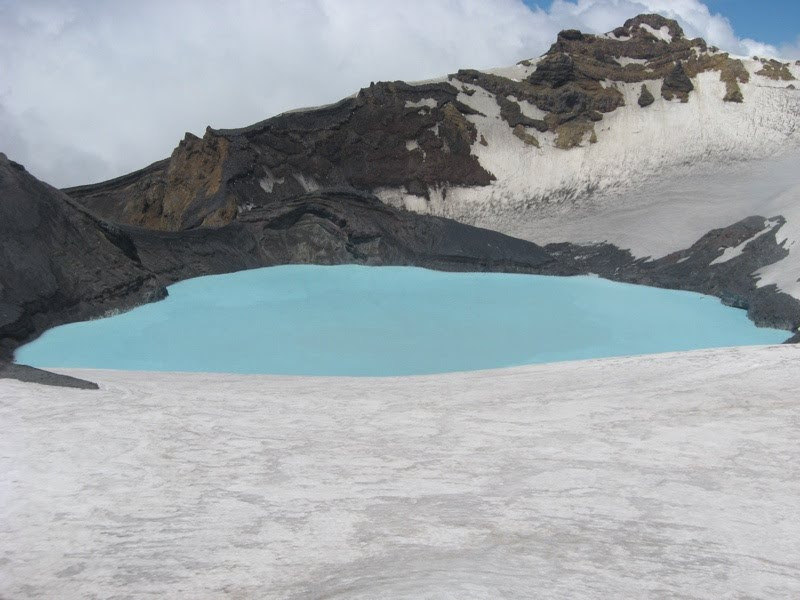 View of the crater lake from the Dome Shelter area. If you look carefully you can see an outer area of lighter turquoise. The boundaries of that area change slowly as you watch, presumably due to convection from the volcanic heat below. When the volcano is more active you can see more disturbances --- lumps of elastic yellow sulphur rising to the surface, geysers, and I suppose full-on phreatomagmatic blasts, although you only get to see one of those :-). 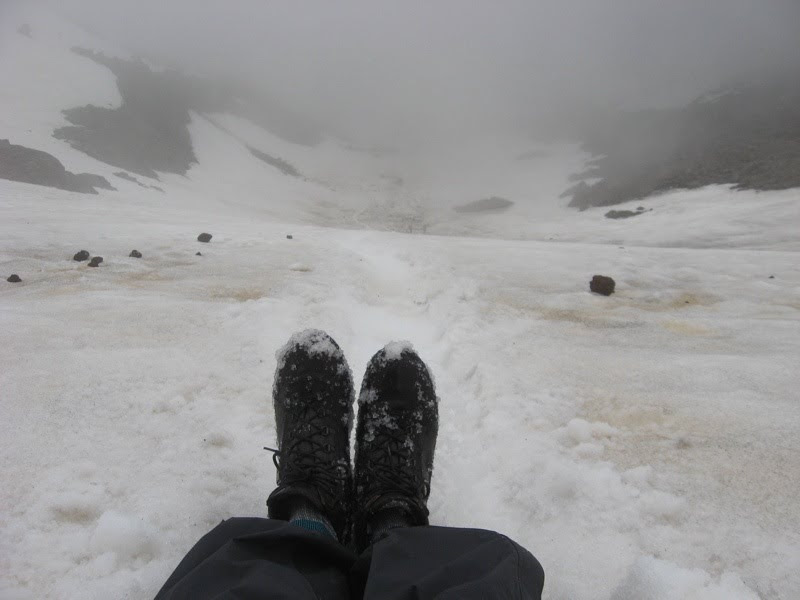 Sliding down the mountain. Lots of fun, especially with limited visibility. 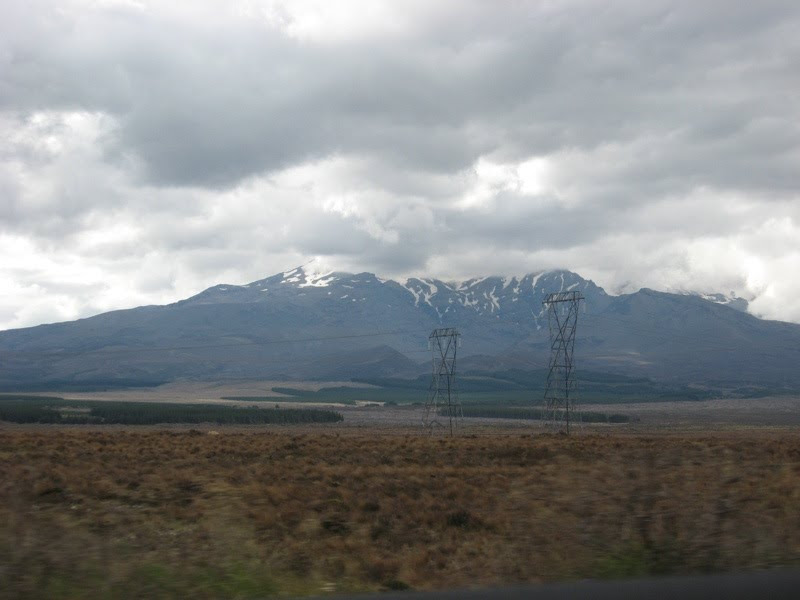 A view of Ruapehu on the way to Wellington down the Desert Road. For me, Ruapehu defines the word "mountain".