On Saturday night our family went to Eden Park to watch the All Blacks play Australia. We are fortunate to live within walking distance of the stadium (OK, it's a longish walk --- half an hour, for me). We won't be watching any World Cup games at Eden Park so this was our only chance to see it at its full size with the temporary stands. In fact, we had seats at the top of the temporary West Stand. The seating and the view was really excellent. I had worried that it would be cold since wind and rain were predicted, but the weather turned out fine and we had a wonderful time. From that height you're far away from the action but you have a really good angle to watch the entire field. You can watch how the teams position themselves and organize their defence across the entire field, something you normally can't do watching on TV. That was especially relevant for this game since both these teams like to use all the space on the field.


The crowd was big but everything seemed to go very smoothly inside and outside the stadium. Some in the row in front of us were rowdy and liked to call out "Bullshit, ref!" at every opportunity ... something my kids are not used to hearing. At the beginning they noticed this and apologized, but after a few more drinks they forgot to apologize anymore :-). But hey, it's a rugby game, so no surprise :-).


Of course the mood of the crowd was helped by the All Blacks winning comfortably. It's quite a remarkable record that they haven't lost at Eden Park since 1994 (and not against Australia there since 1986).


I haven't seen in the media any pictures of the revamped stadium from the outside. It actually looks quite cool, a little bit like the Olympic stadium in Beijing.


One other nice thing is that our route to Eden Park takes us through Dominion Road, which has a large collection of good Chinese restaurants. Our regular place there is Love A Duck but it was full; however, lots of other restaurants in the area had space, even just an hour and a half before the game. We had a fine dinner at some Shanghainese place; Shanghai Dimsum might be its English name, or that might just be descriptive text. 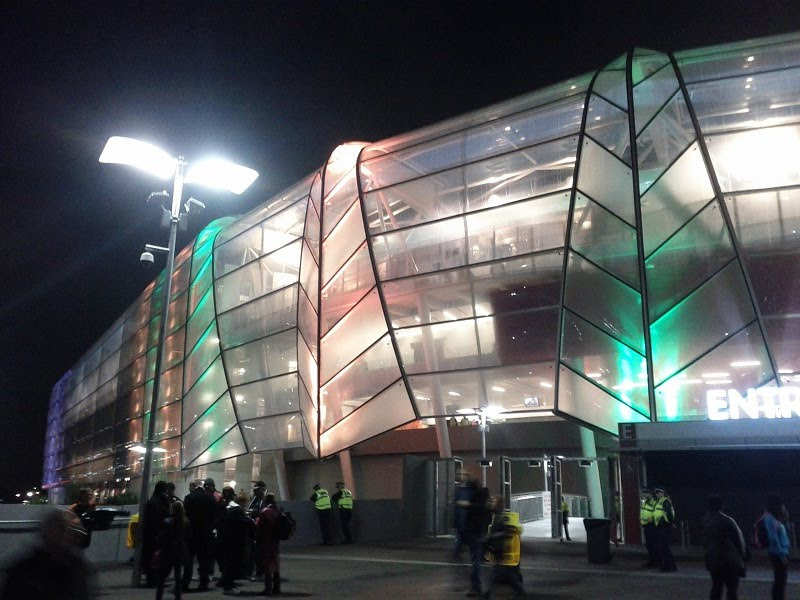 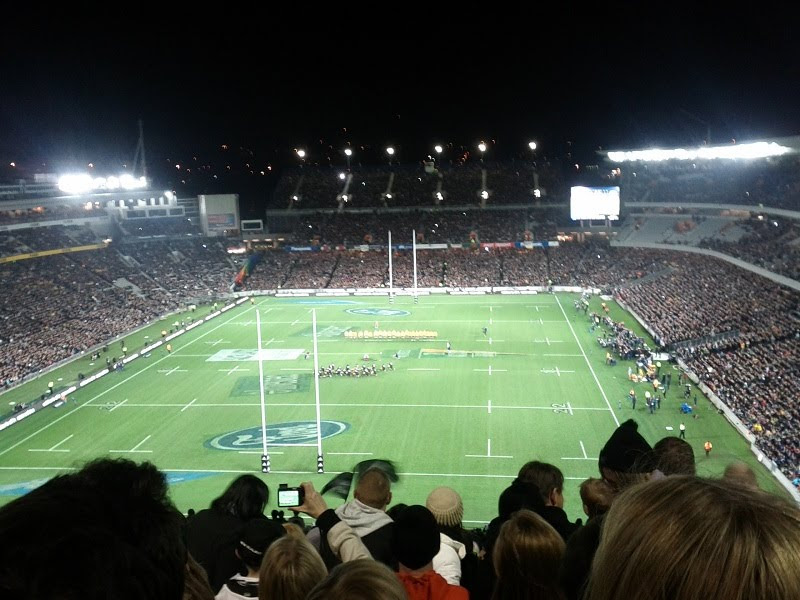