Our family went to see the France vs Japan Rugby World Cup game at North Harbour Stadium tonight. I knew it would be fun but I didn't expect the game to be so exciting! France is ranked far above Japan (Japan have never come close to beating France, or any other team in their league) but with 20 minutes to go France was only leading 25-21 and the Japanese were attacking with gusto with the crowd roaring them on. We really believed they could win --- it was fantastic.


In the end, France ran away with it by scoring a few easy tries in the last ten minutes. It was, nevertheless, a wonderful game. It was great to see a lot of Japanese and French supporters, as well as a lot of locals supporting one or another of the teams. I got the feeling there were more supporters of Japan, but the French supporters were more vocal. Having La Marseillaise as the anthem certainly helps!


The atmosphere at the game, back in town on the way home, and also at Mt Eden last night where we watched the opening night fireworks, has been excellent. There's a strong festive mood in the city. Even on our bus home, there were random strangers wrapped in French and Japanese regalia shaking hands with each other. It's all a bit surreal and wonderful. 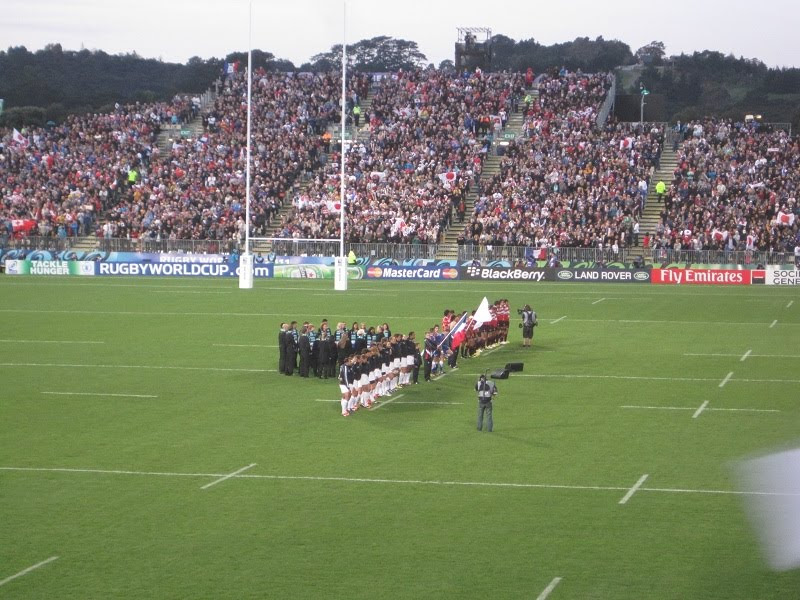