Around this time last year I took my children to the Pinnacles hut and since then I've wanted to take them on a similar trip again. The Auckland region doesn't have many huts suitable for a one-night overnight tramp --- the Waitakere and Hunua Ranges, and Gulf islands, have many good campsites but no huts --- so I set my sights on Crosbie's Hut, in the same general area as the Pinnacles, near Thames on the Coromandel Peninsula. Unfortunately it's been difficult to get away --- weekends have been very busy, or the weather forecast has been poor, or the hut's been fully booked! This weekend we finally made it.

We entered at the Tapu-Coroglen Road, a bit more than two hours' drive from Auckland, where a track heads south to meet up with tracks from the coast at Te Puru and Waimoa and then to Crosbie's Clearing and the hut. I chose this route because I thought it might be a little easier to start higher above sea level, and because I thought walking across ridges might be less muddy than going up the valleys. It was still rather muddy! I sank in up to my knee at one point which caused some anxiety in the group. The nominal time from the road to the hut was 4 1/2 hours and we took almost exactly that each way. It's very much a tramping track, not a walking track and there's a lot of up-and-down.

We had a wonderful time. The weather was great, mostly very clear, and the hut is quite new and very well designed. The trampers arriving before us had started up the hut's wood-burning heating stove which was much appreciated. The view from the hut is superb and omnidirectional. To the west you can see the Firth Of Thames, to the east Whitianga and the Pacific Ocean. The night sky was scintillating.

One delight of bringing the kids is the interest and approval shown by other trampers. I guess it's not very common for kids as young as mine to be taken tramping, but the older trampers think it's great that I'm passing it on! (Though I'm not really passing it on, I'm learning myself!)

The other trampers at Crosbie's were all very experienced so I asked them a few questions. Most huts collect rainwater in tanks, and the Department of Conservation officially encourages people to boil or treat water used for drinking, but I haven't seen anyone do that yet. One guy I asked said he's never treated water at any of the DoC huts he's stayed at (even when taking it from a stream) and nothing's happened to me yet". Hmm. 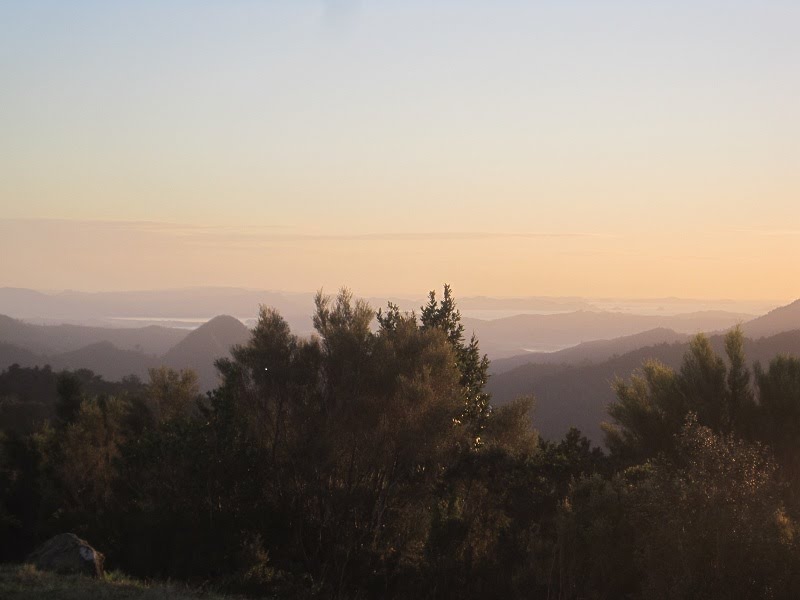 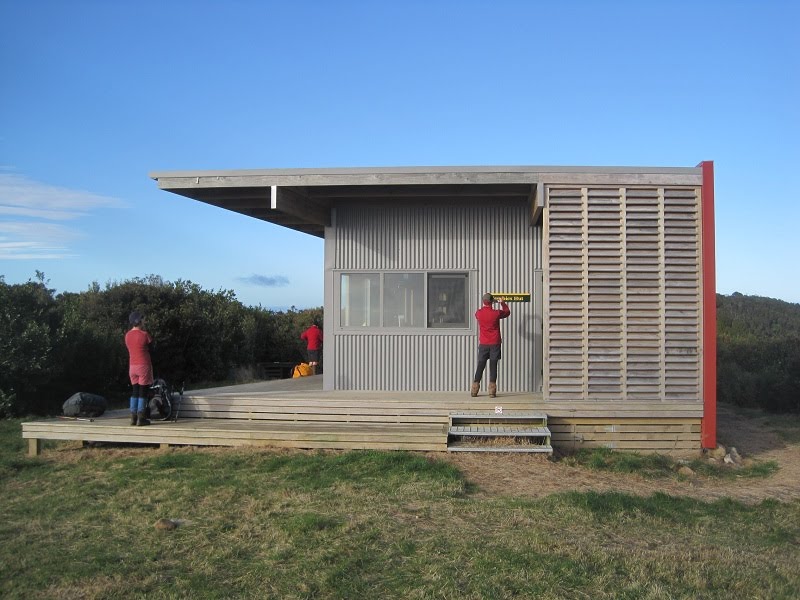