For my entire life I've had the privilege of boating on the Hauraki Gulf. My parents are part-owners of a classic wooden launch built over 80 years ago, and throughout my childhood we spent weeks every year cruising the Gulf in it. They still take our family out with them for several days every year, for which we are very grateful. A lot of people, even those who live in Auckland, don't know what this entails so I thought I'd write about it.

The experience is a bit hard to describe to those who haven't done anything like it. The perimeter of the Hauraki Gulf is roughly the east coast of Auckland, running south and east to the Firth of Thames, then north along the inside of the Coromandel Peninsula, then north and west through the Great and Little Barrier Islands and rejoining the mainland at Tawharanui Peninsula. Its area is about 4000 km2. Inside that perimeter are many islands of various sizes, and a great many harbours and bays on the islands and the mainland. Even relatively small craft can go anywhere in this area. Often pleasure boats travel from bay to bay on a near-daily basis, anchoring in bays that are sheltered from any wind that's blowing. Common activities are fishing, swimming, going ashore via dinghy for swimming or walking, and generally just about any activity you can imagine doing on a boat, on a beach, or in a park --- much of the coastal land reachable by boat is public land of some kind, and you can almost always use the beach.

These boats are often equipped with everything you need to live for weeks --- sleeping, cooking, hot water, washing, etc. They're all different shapes and sizes, with the biggest difference being between the yachts that sail and the launches that rely on an engine, although yachts typically have a small backup engine too. These boats would have electricity generated from the engine and hence electric lighting, a refrigerator, and charging for your mobile devices. Most of the Gulf has pretty good 3G coverage.

Those sorts of boats are definitely an upper-middle-class luxury, but smaller boats down to large dinghies with outboard motors are used for day trips, especially for fishing. I read an estimate that one in three Auckland households have some kind of boat. A lot of Aucklanders live close enough to the water to make sailing classes a common extra-curricular activity for children; children learn to sail dinghies from the age of around 11. This partly explains why New Zealand produces so many world-class sailors.

If you don't have a boat, or have friends or relatives with a boat, it's very difficult to even approximate the pleasure cruising experience. If you're into sea kayaking you can kayak and camp at many of the closer islands. Many of the Gulf islands are reachable by ferry, but ferries to many of the less popular ones only run on specific days during the summer. Regardless, they're all worth visiting: 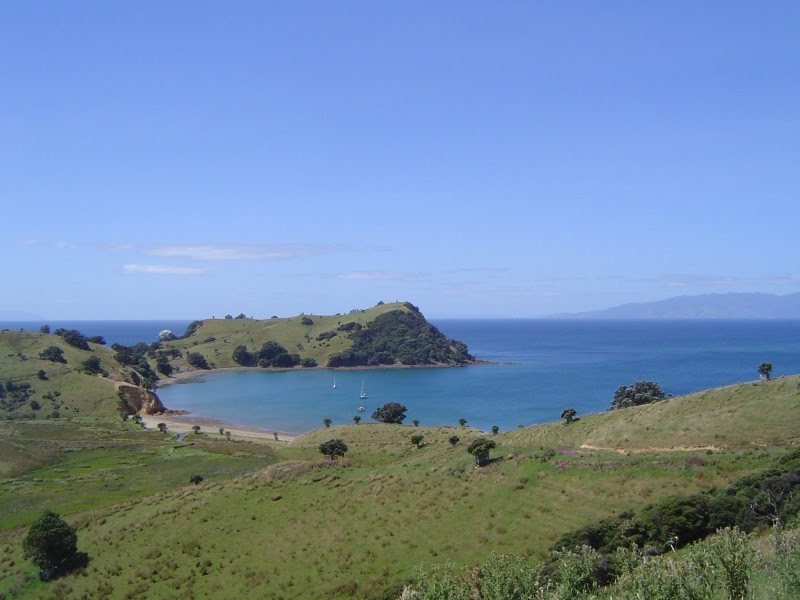