On Saturday our family took the ferry to Tiritiri Matangi Island for a day trip. Over the last 30 years farming stopped on this island and it was reforested, with intensive help from volunteers planting hundreds of thousands of trees and other plants. The island was also cleared of predators such as rats, never had many of the common New Zealand predators such as stoats and weasels, and is now an amazing habitat for native birds, many species of which are endangered on the mainland. Various rare species from other sanctuaries, such as takahes and little spotted kiwi, and even tuataras, have been introduced to Tiritiri Matangi. It is also an important nesting island for little blue penguins.

Our trip was excellent. We took a guided tour with one of the guides from the "Friends of Tiritiri Matangi" volunteers society. She was very knowledgeable and observant and the guided tour was well worth having. We saw a lot of rare birds, particularly saddlebacks, robins and whiteheads, and the birdsong was cacophonous. The bush is regenerating well. In open grass near the lighthouse, a highlight was seeing three takahe --- about 1% of the world's entire takahe population!

One of the best things about Tiritiri Matangi is that it is being used as a template for other Hauraki Gulf islands. In recent years, Rangitoto, Motutapu, Rotoroa and Motuhie have all been cleared of predators and reforestation of Motutapu, Rorotora and Motuhie (all formerly farmed) is in progress. Takahes have been released on Motutapu and kiwi on Motuhie. This will provide redundancy for the island sanctuaries and amazing places for people to visit when the forest grows up.

One interesting tidbit is that apparently rats can swim up to 3km and hence the 4km gap between Tiritiri Matangi is fortuitous. I wonder what would cause a rat to swim 3km towards an island ... desperation, insanity, or wanderlust and very good judgement of distance and tides?

Tiritiri Matangi is definitely a worthwhile day trip for anyone based in Auckland. 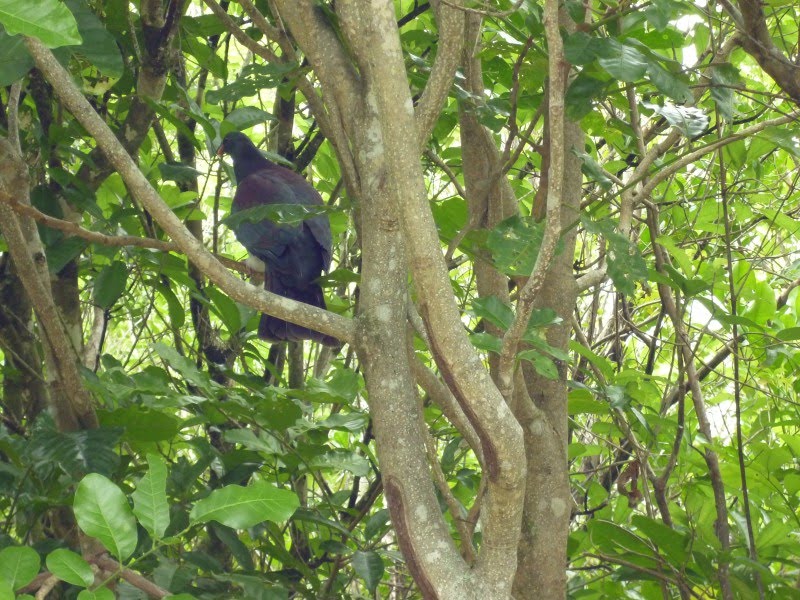 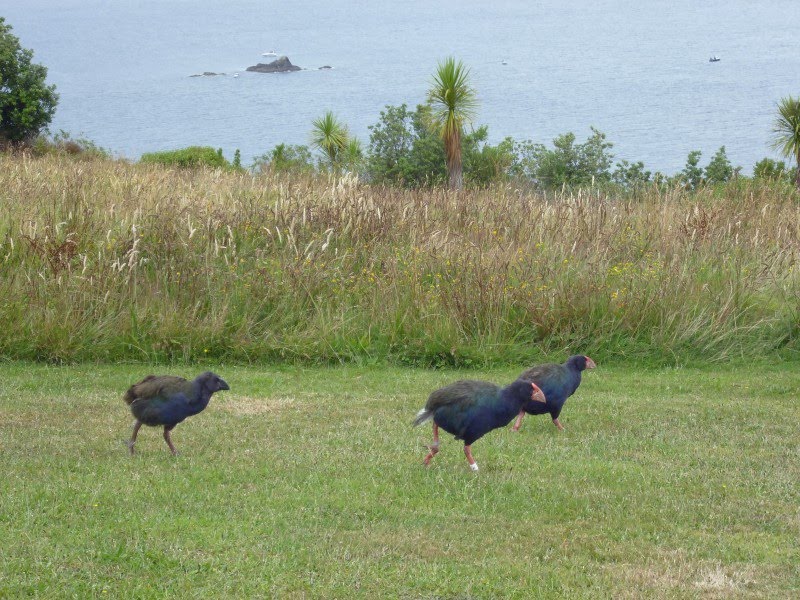