I just got back today from an amazing trip to Israel. I was invited by the Technion to speak at their TCE 2015 conference. So I did that, added a few days for sight-seeing since I don't like to travel halfway around the world for just a couple of days of work, and also had a full day in Hong Kong on the way there.

I've never been outside the airport in Hong Kong before, so I was excited to finally do that. I took the tram up Tai Ping Peak, walked the Lugard Road circuit and back down to the city, then spent the afternoon at Cheung Chau island. It was incredibly hot and humid, and I was so busy looking for drinks and icy desserts that I forgot to eat proper food until the end of the day. I enjoyed the coastal track on Cheung Chau island, through jungle and the back streets of villages, though the Cheng Po Tsai "pirate cave" was a bit disappointing --- comparable sea caves at Piha don't even have names :-).

Checking into my El Al flight I experienced the famous El Al security. The very nice security man asked me endless questions, including topics like what I did in the USA and who I knew there from the Middle East. It all went well, aided by the Technion's letter, but I was nervous and felt a bit of an urge to confess to something (anything!) to make the man happy. Two local security officers with very large guns were watching the whole area and I wondered what happens if you accidentally give a wrong answer...

Early Sunday morning I got a taxi from Ben Gurion airport to Haifa. Excitingly, the taxi driver drove at 130km/h most of the way, with one hand on the steering wheel --- because he only had one arm. I stayed at the Colony Hotel, which was generally excellent and who very generously checked me into a room at 6am! Later in the morning I walked around the waterfront and up the front side of the famous Mount Carmel, then to the Bahai Gardens tour with my friend Nimrod --- amazing. We had a late, long lunch with a couple of other conference people and I spent the rest of the day relaxing and working in my room.

An unexpected blessing of my trip was the food. I've never had much Middle Eastern/Mediterranean food before --- there's not much of it here in Auckland --- so I had a lot of very good food that's new to me. I will never think about hummus the same way again.

The TCE conference was held on Monday and Tuesday. It was an eclectic group of speakers, but most of them were very good at giving talks accessible to a broad audience, and I really enjoyed hearing a broad range of computer science talks like I used to in my grad student days at CMU. There were very interesting talks on complexity theory, databases, architecture, compilers, testing, verification, and more. One of the speakers was my former CMU officemate Bianca --- an unexpected pleasure to meet again in such an exotic location! Having been mostly out of the academic circuit for a long time, I felt many waves of imposter syndrome, and so I was rather nervous leading up to my talk. It all seemed to mysteriously come right as soon as I got started --- I'll chalk that up to God and prayer. Without a clock or a proper practice run, even the timing was perfect; we had time for a couple of questions before a wailing siren cut us off --- a scheduled national-defense drill. I think we were supposed to flee to a shelter but most people just went to get coffee. I had a great time talking to researchers at the conference, and learned a lot of useful information.

On Monday night we had a speakers' dinner at the Technion, on a balcony with a view towards the Golan (and on a clear day, Mount Hermon, apparently). It was sobering to think of the brutal civil war raging just beyond our vision. On Tuesday night I had one of the most extraordinary meals of my life at a Druze village near Haifa --- a dozen large side dishes, most new to me; a huge main dish consisting of kebab meats, rice and cheese, with a layer of bread baked on top; and an irresistable kanafe dessert. I had no desire or need to eat anything the whole of the following day --- which I'll cover in the next post. 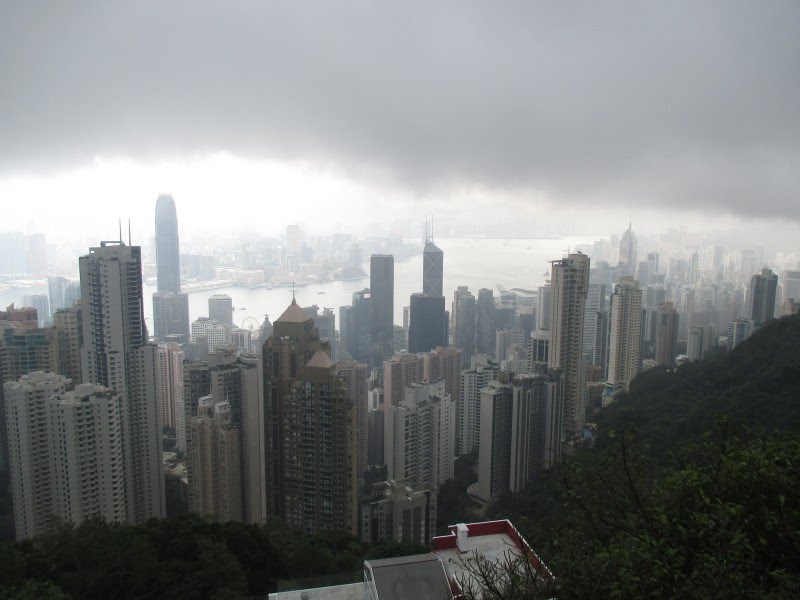 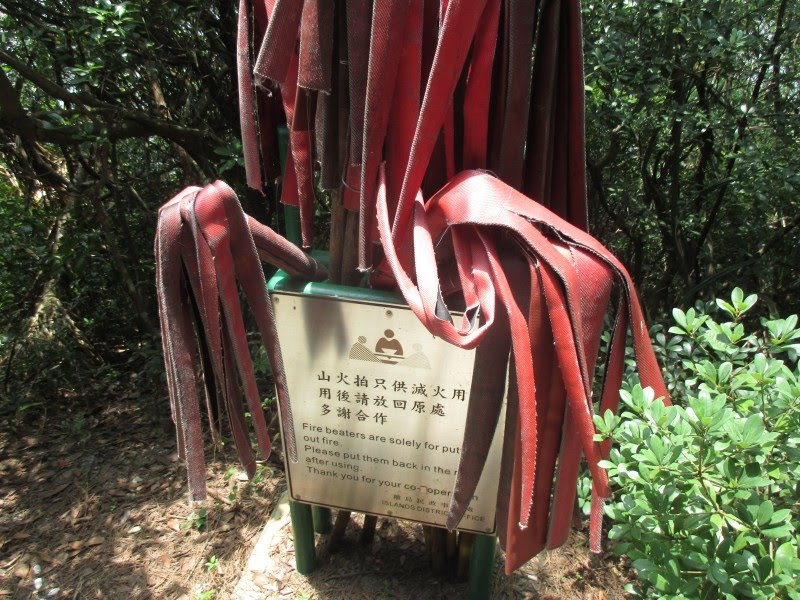 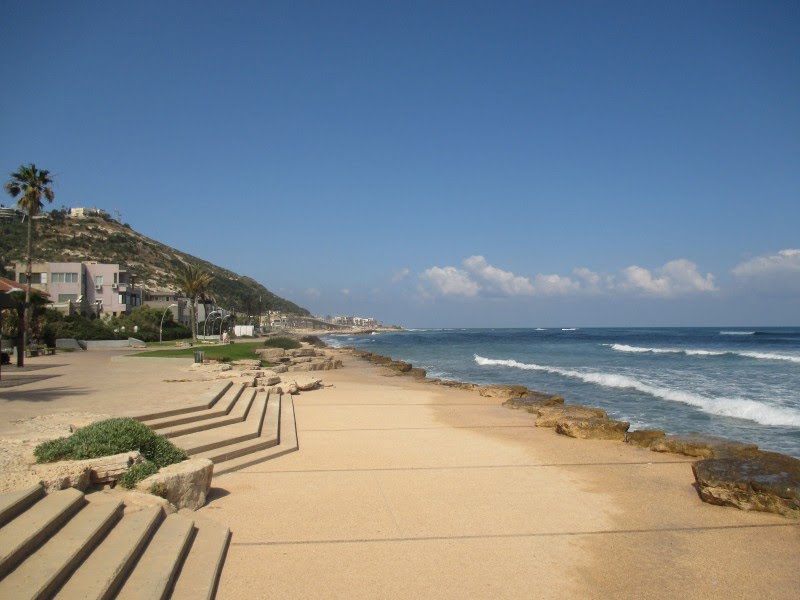 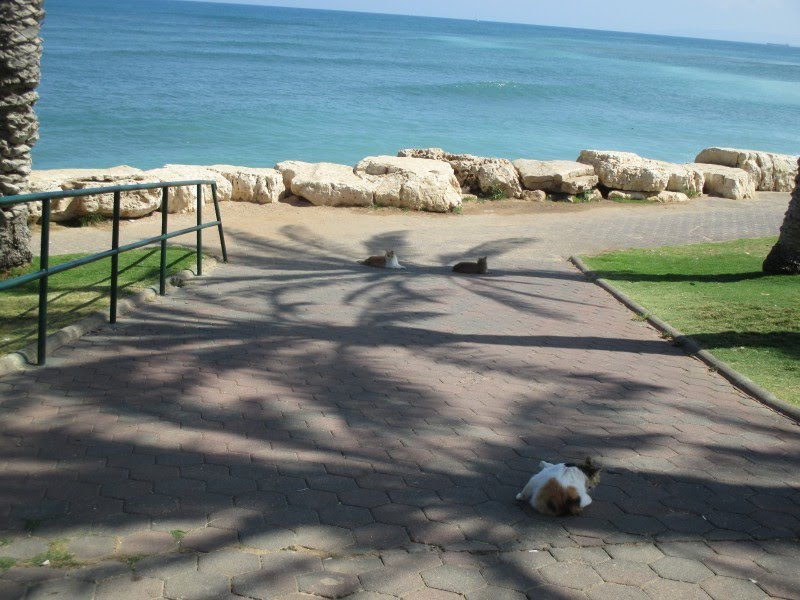 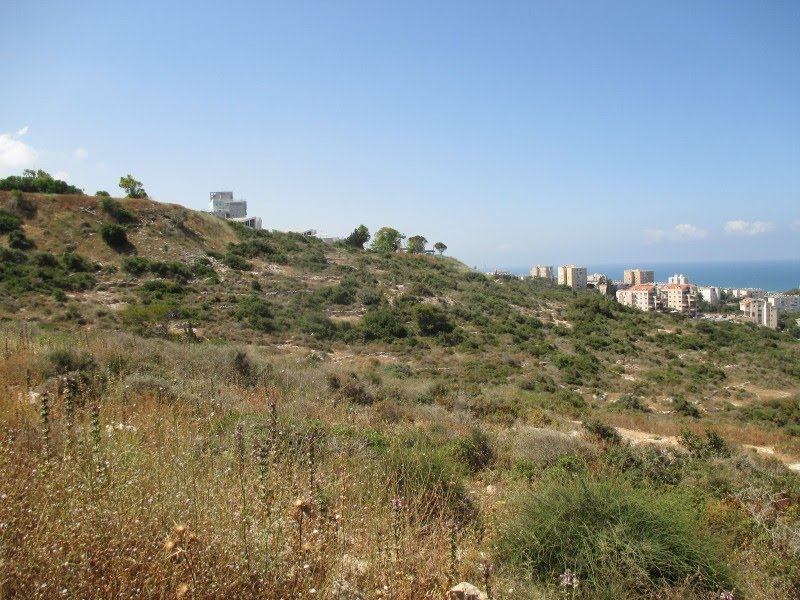 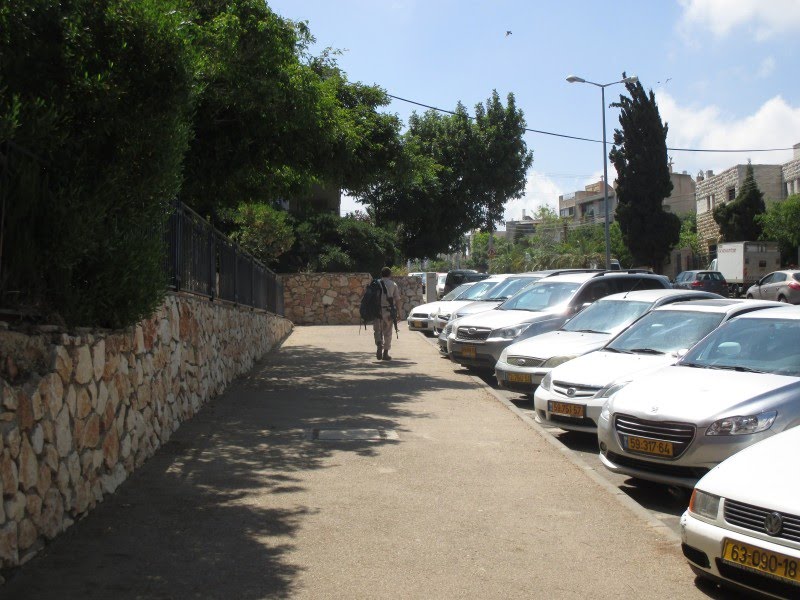 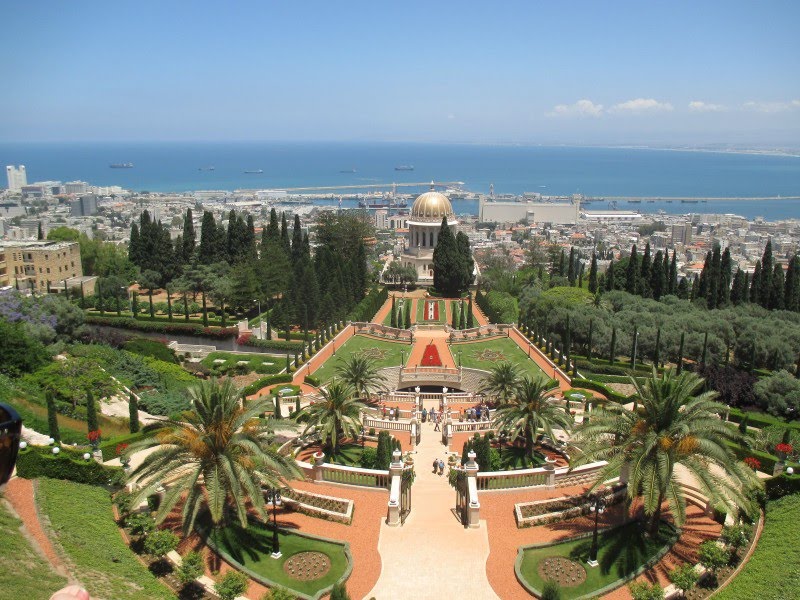 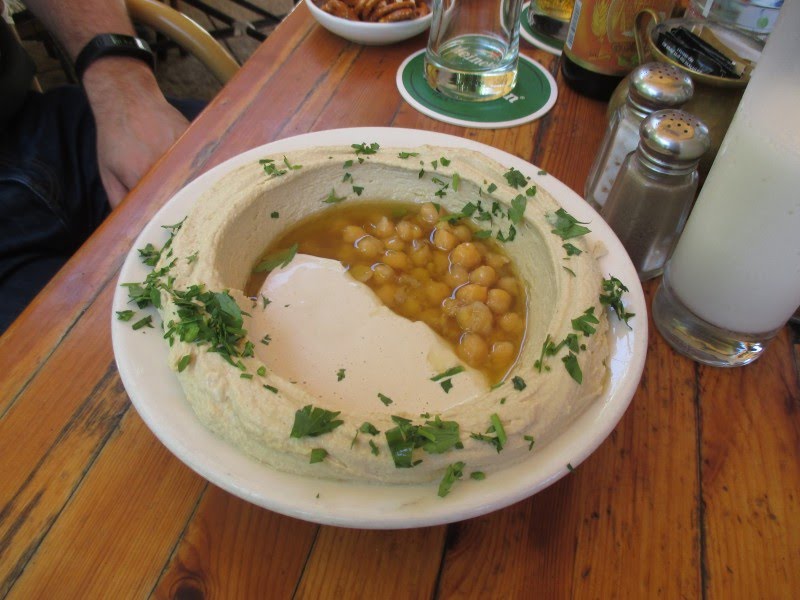 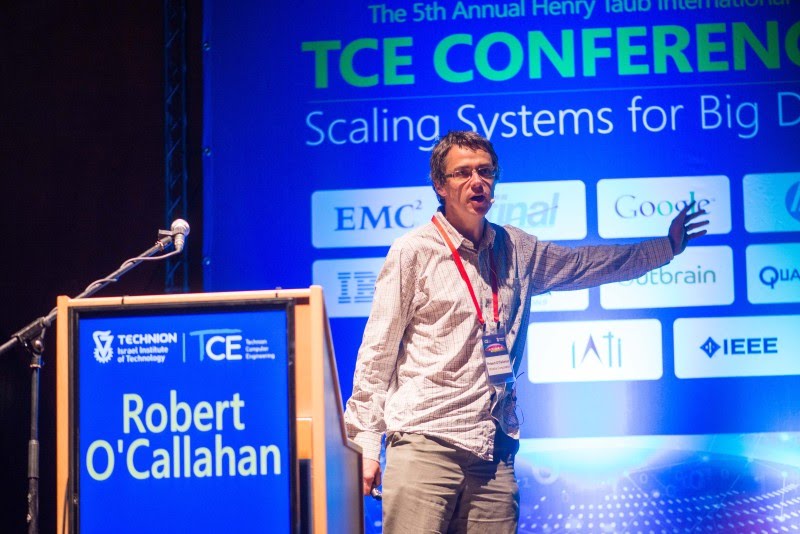 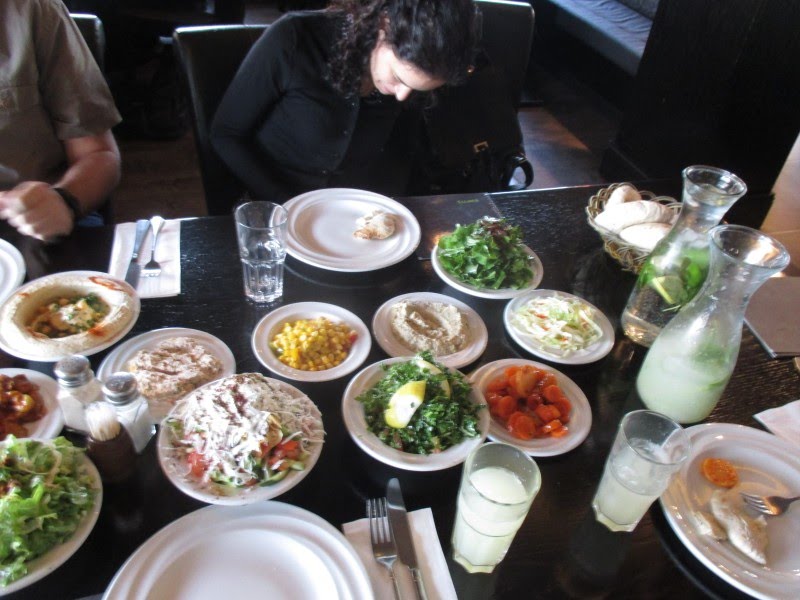 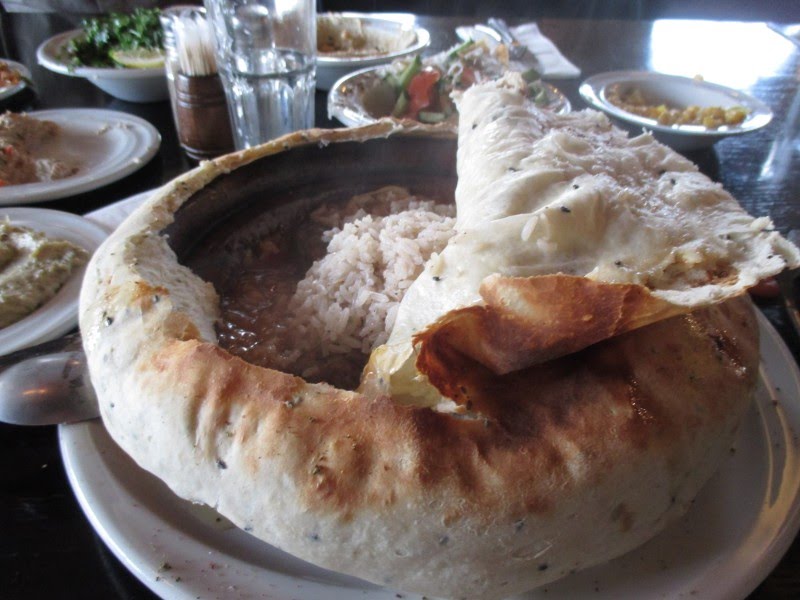 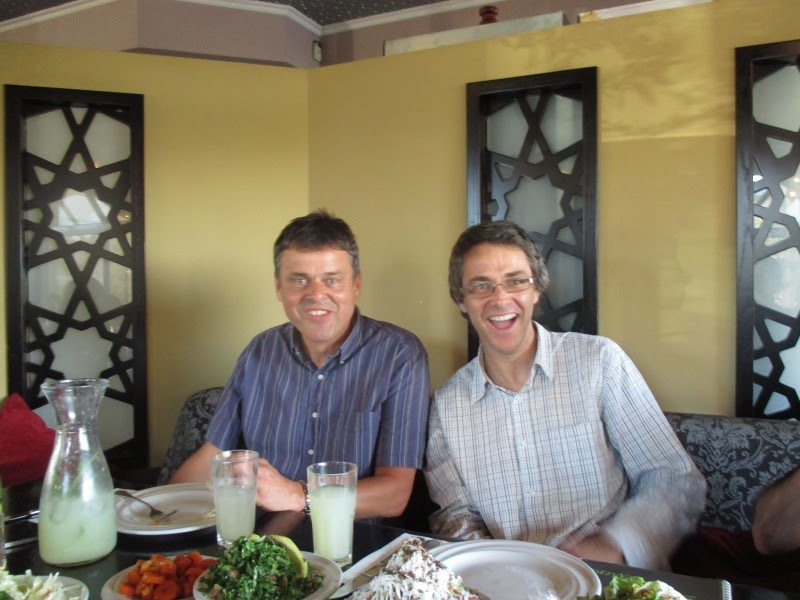