A week ago I spent four days walking the Abel Tasman track with some friends and family. As always we had a very good time tramping, staying in huts, and enjoying the outdoors. The weather was excellent. The track winds along the coast of Abel Tasman National Park, mostly granite promontories separted by beautiful beaches of coarse golden sand, with thick bush running up into the hills and a few estuaries to cross. This area is busier than other tramping tracks because there are many campsites and most of it is easily accessible by kayak and water taxis --- and by road in a few places. However, in the late afternoons and evenings there's no-one around except for the trampers. Three of the four days were four hours of walking or less, so we had plenty of time relaxing around the huts, often playing Bang.

Despite the relative lack of remoteness, we saw a lot of interesting wildlife on this trip ... a duck with ten ducklings, oystercatchers with chicks, seagulls, shags, herons, kereru, weka, estuary denizens such as fish, crabs and shellfish, and seals on a side trip to Separation Point.

One unexpected highlight was finding a fancy cafe at Awaroa Lodge, nestled in the bush, far from any road. We had an excellent dinner there --- eye-wateringly expensive, but no more than you'd expect for a fine meal in the middle of nowhere.

After finishing the track we stayed the night at Takaka; on Monday the children and I flew home via Wellington. Our flight to Wellington was on a tiny Piper aeroplane: six seats, including the pilot's, the whole aircraft about the size of a large car with wings attached. I got to sit in the front next to the pilot, with duplicate controls, which I did not need reminding to stay clear of! It was a wonderful flight, since we flew low back across Abel Tasman National Park and then the Marlborough Sounds. Turbulence near Wellington was a bit scary --- I don't like rollercoasters and the little plane weaved and dipped a lot --- but not as bad as my last flight into Wellington. 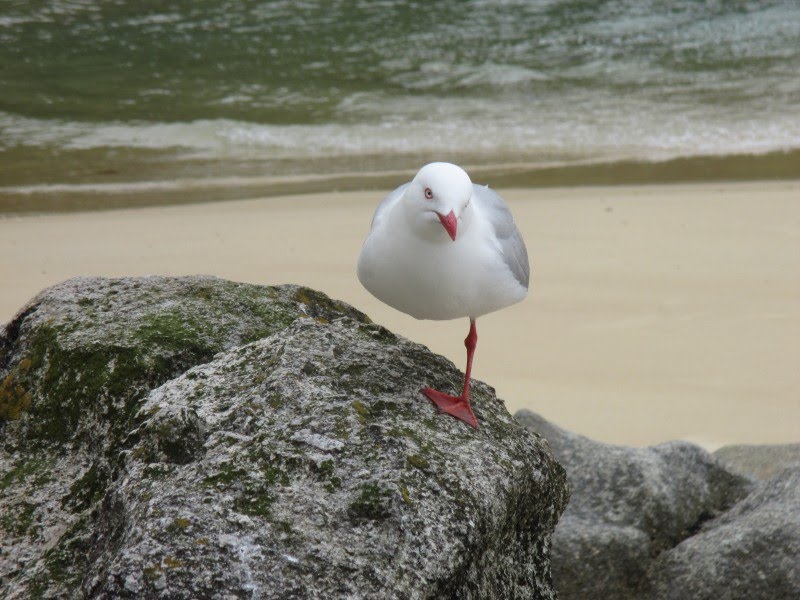 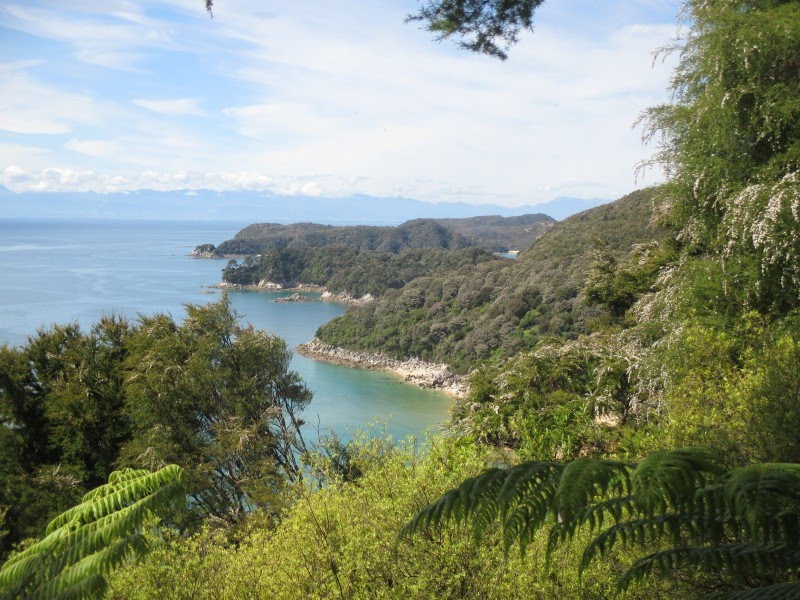 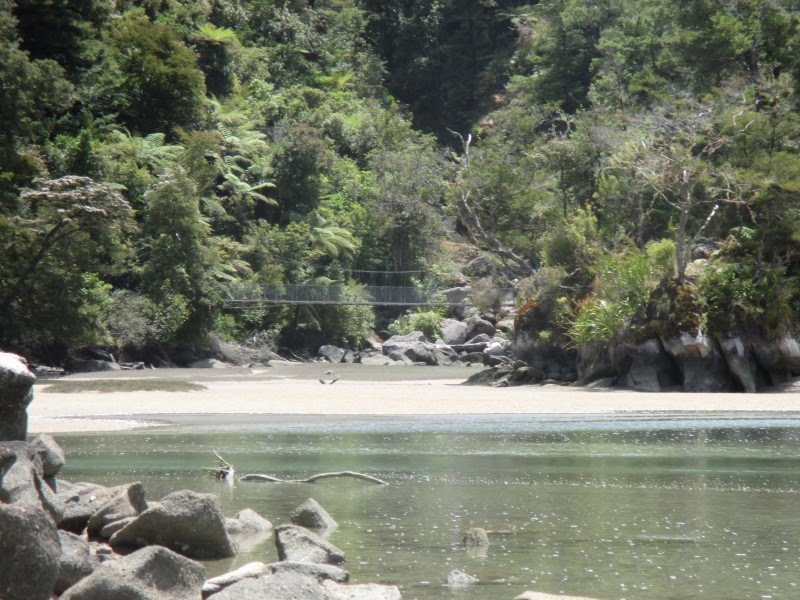 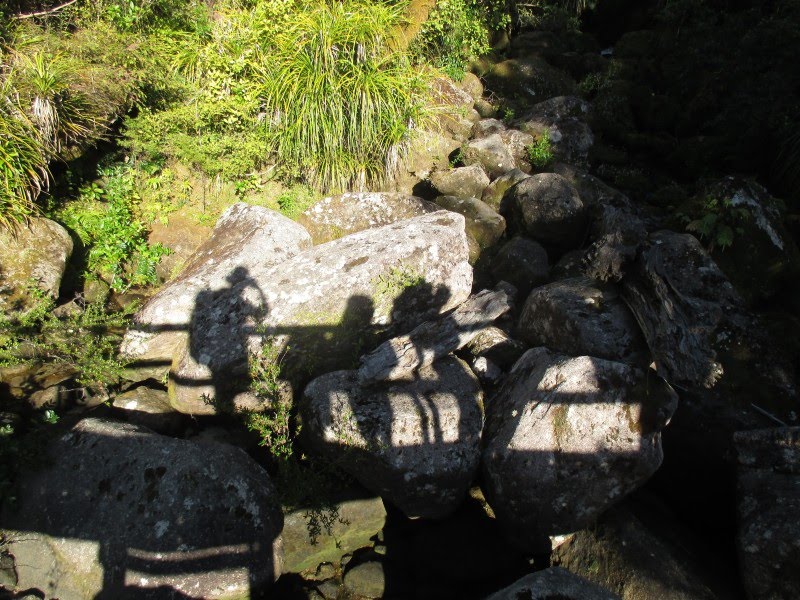 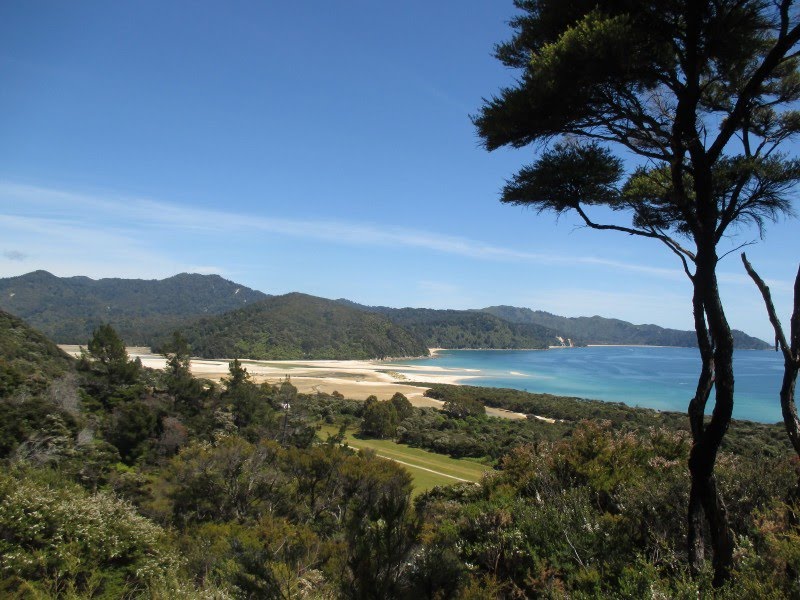 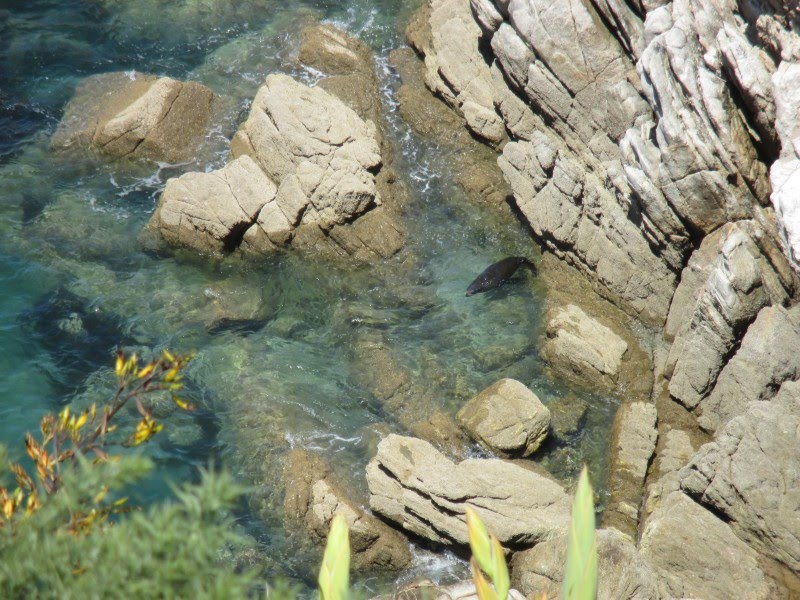 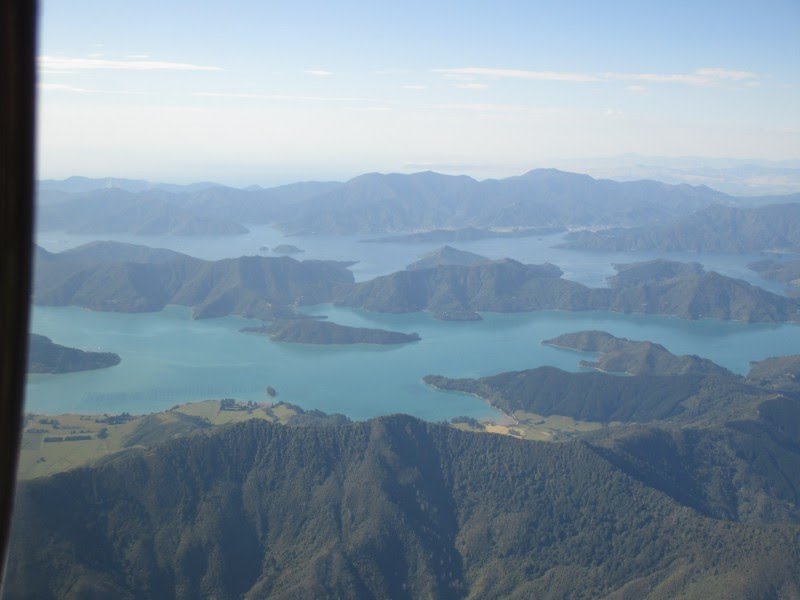