Following up on my previous post, I counted the fraction of instructions in Firefox opt/debug libxul.so that use each XMM/YMM register. 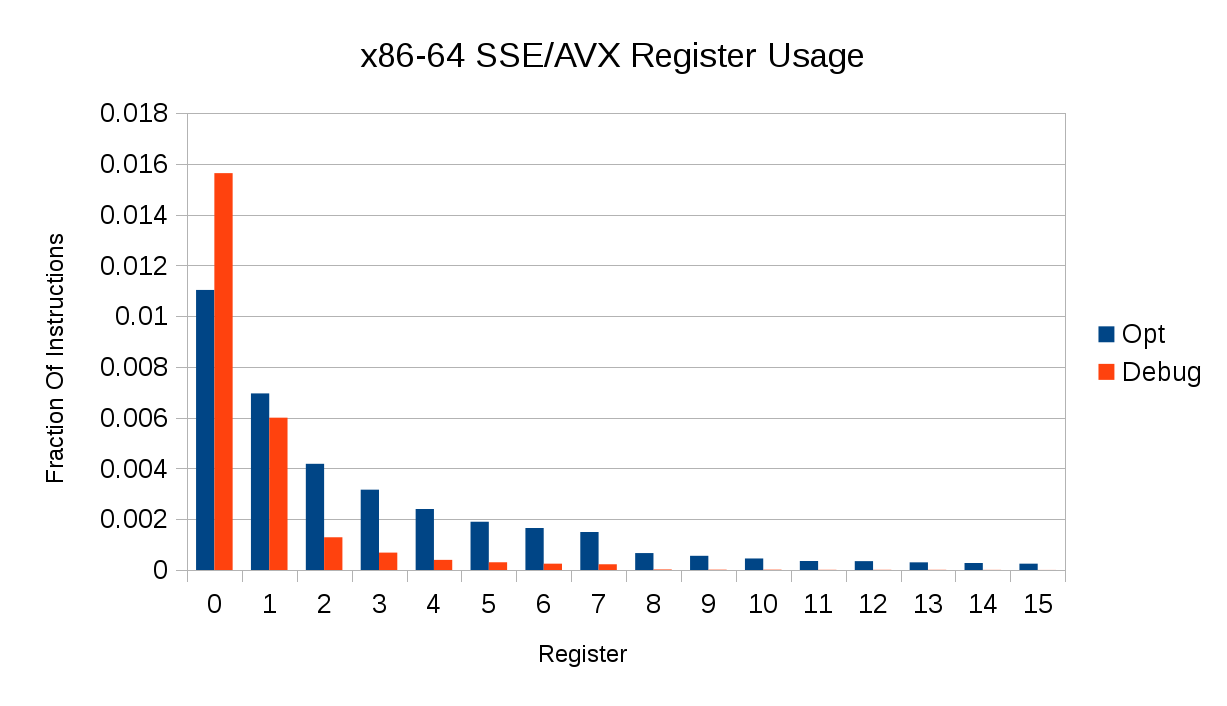 As before, these are static counts and I'd expect weighting instructions by dynamic frequency would change the results dramatically --- on the right workloads --- since most of the hand-written assembly in Firefox is hand-written specifically to optimize use of MM registers in hot loops.

Update One interesting takeaway is that you have eight huge registers (256 bits each, 512 soon) unused by most code. That creates some interesting possibilities...