At the end of April we did an overnight tramp up Mt Pirongia. Mt Pirongia is an old volcano southwest of Hamilton, not far from Kawhia on the west coast of the North Island. Its summit is 959m above sea level, most of the mountain is covered in thick bush, and there's a nice new DoC hut near the summit. It's only about two hours drive from Auckland so it's one of the closest hut tramps; I'd been thinking about doing it for years but had heard it was "hard core", and so put it off until my children were older.

On the Saturday we had pretty good weather the whole way. Up to about 700m it was pretty easy going but the central part of the mountain comprises several independent peaks, so there are numerous very steep up-and-down sections, some more climbing than walking, some with chains to help. It's tiring but there's not too much of it. It took us about five hours to get all the way to the hut. The views were spectacular; you can see out to the ocean to the west, and across the Waikato and King Country to the east. Supposedly on a clear day you can see Mt Taranaki and the central volcanic plateau, but it was too hazy for us.

The new hut is good, though it doesn't have the solar-powered LED lighting that many other new huts have. It was lovely to watch the evening descend. Because it was a one-night-only tramp, we brought better food than normal --- steaks, puddings, and bacon and eggs for breakfast. My children introduced the rest of our party to Bang! and everyone had a great time. 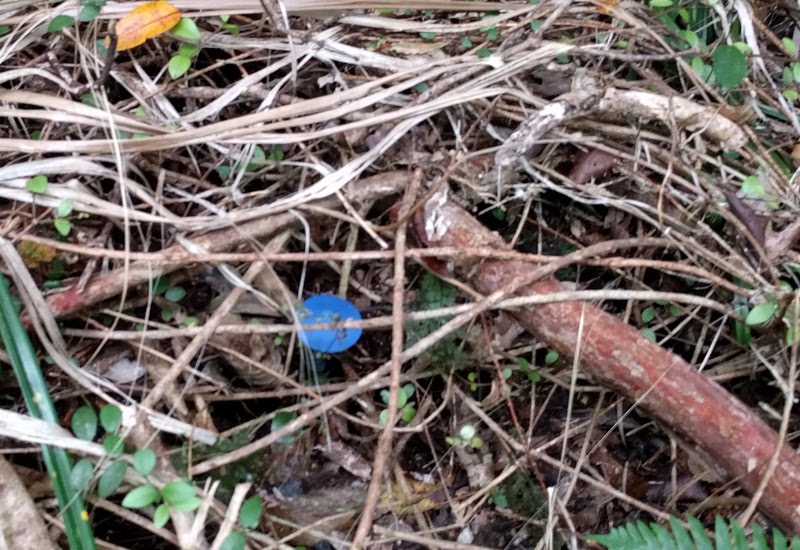 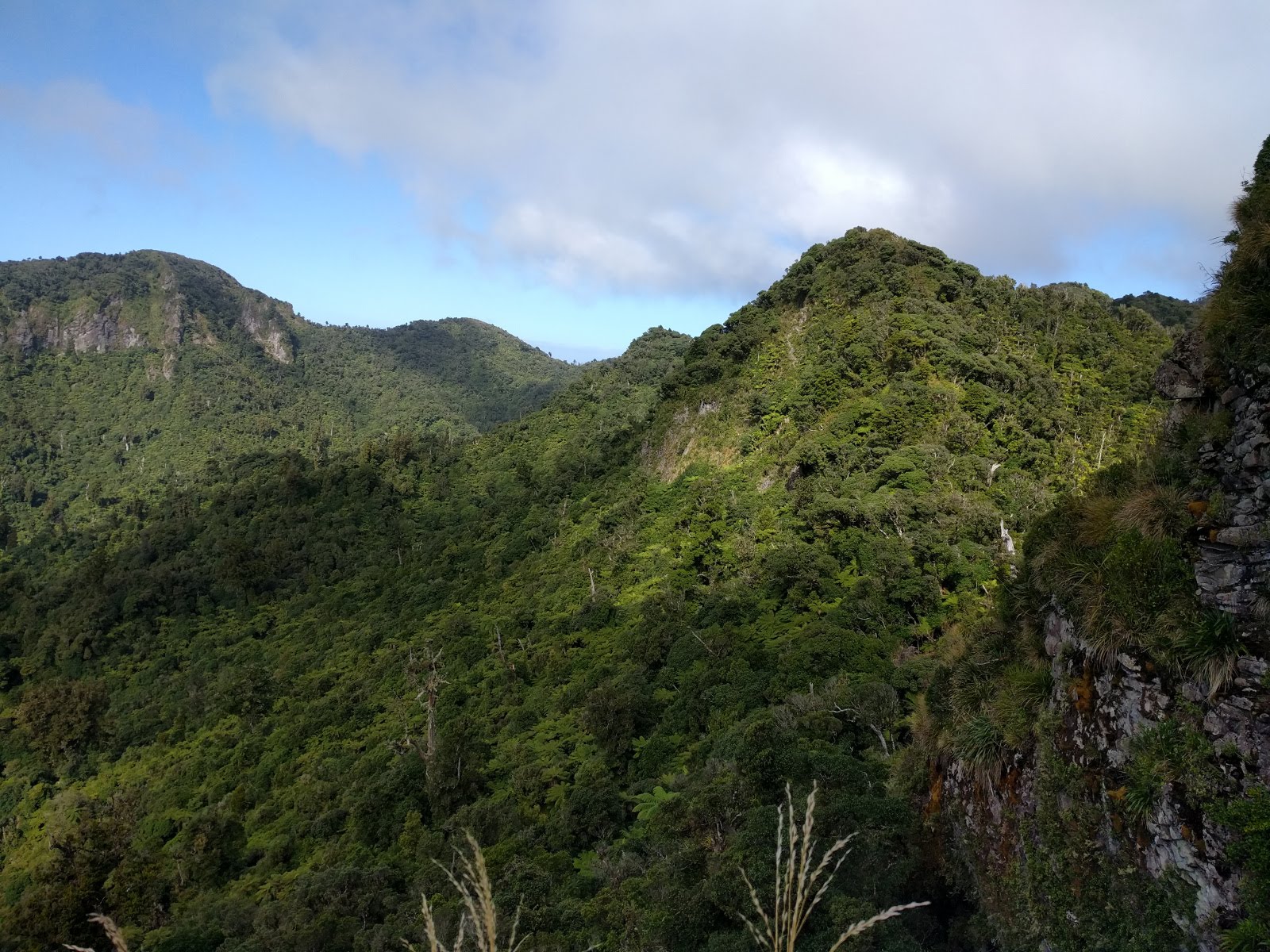 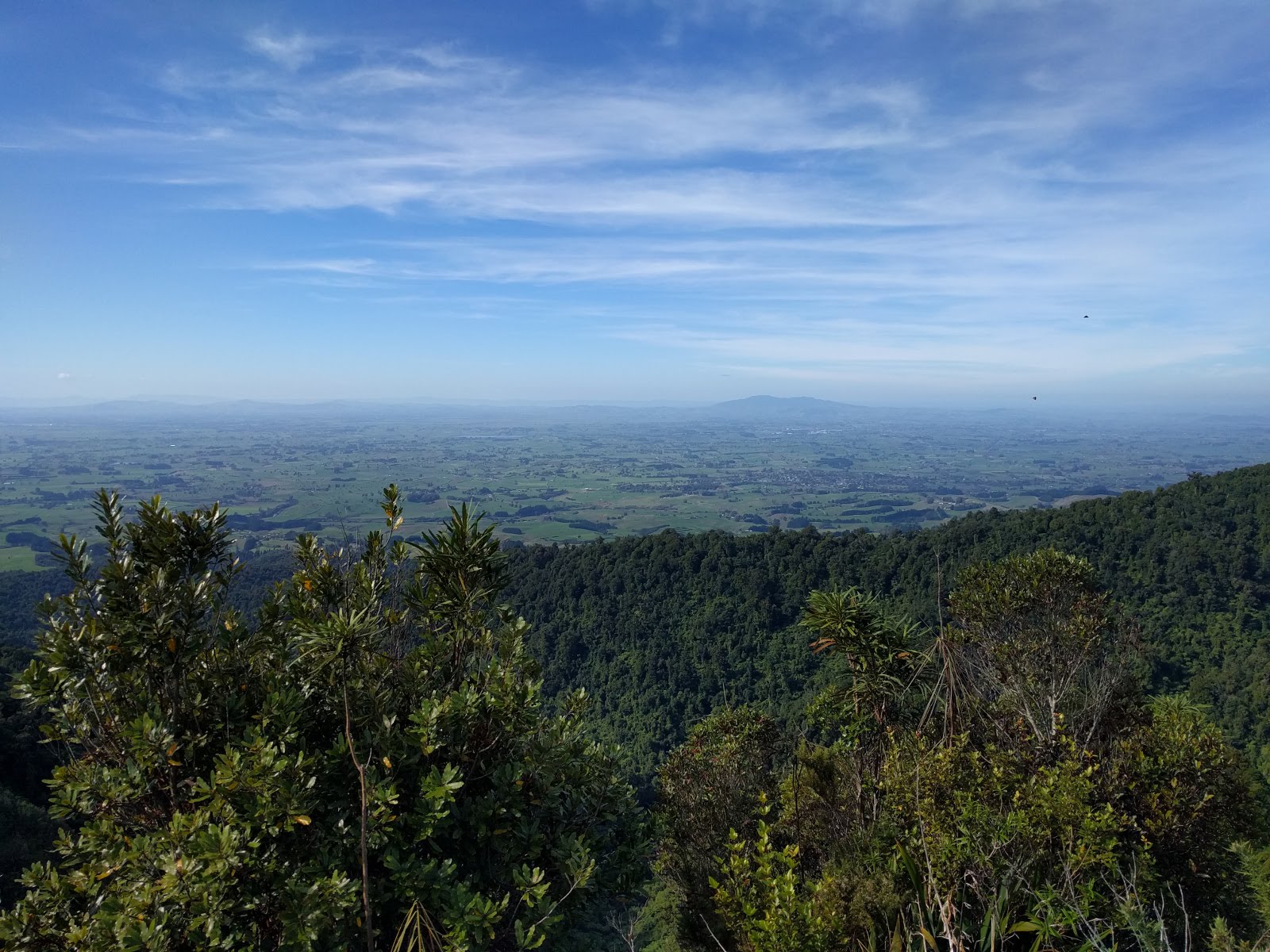 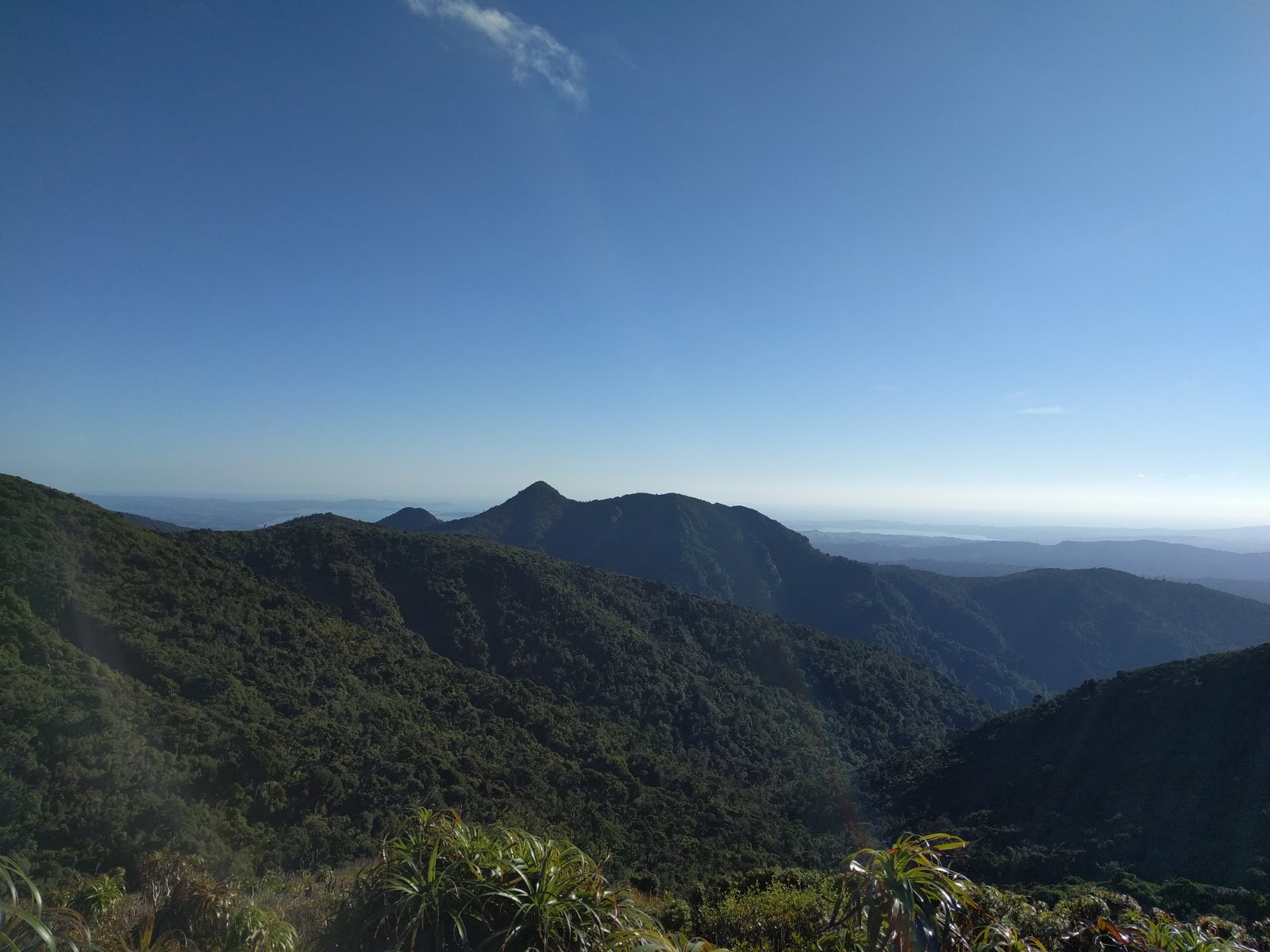