Back in April I did the Whanganui River Journey with some friends and family. This is branded as one of New Zealand's "Great Walks", but it's actually five days of canoeing from Taumarunui in the central North Island to Pipiriki, covering 145km. We stayed at campsites for three nights and at the John Coull Hut along the way.

I hadn't done a river trip like this before but I really enjoyed it. Like pretty much everyone else on the river (apart from a few jetboats) we were using open-top Canadian canoes. We were able to carry more gear than we would have while tramping. It's less tiring overall but my arms seldom get such a workout. The scenery is quite different; no vistas from mountain-tops, but seeing gorges and river valleys from the river has its own charm. The river gives you regular challenges as you shoot rapids and risk capsizing. Three of our four canoes had a capsize during the trip, which is actually no big deal, and in retrospect was an experience worth having :-). I discovered that there's a big difference between "container waterproof enough to keep rain out" and "container waterproof while submerged in a fast-flowing river".

Along the way we stopped for a walk to the "Bridge To Nowhere", a big concrete bridge across a valley in the middle of the bush. A road was built to it to support settlement in the area, but was too difficult to maintain so eventually was abandoned and the settlers moved out. Apparently exactly one car ever drove over the bridge. It was unfortunate for the settlers, many of whom were World War I veterans, but Whanganui National Park is a real treasure now.

Our canoe rental company (Blazing Paddles) was good. They picked us up at Pipiriki and drove us and our gear back to base at Taumarunui. That road trip took a couple of hours and was a lot of fun; I talked extensively to the driver, whose family has been in the central North Island area (one of my favourite places) for a hundred years. There are also some spectacular views of the volcanic plateau and the mighty three volcanoes Tongariro, Ngauruhoe and Ruapehu.

The photos here were taken by my friends after my own camera got wet on the first day... 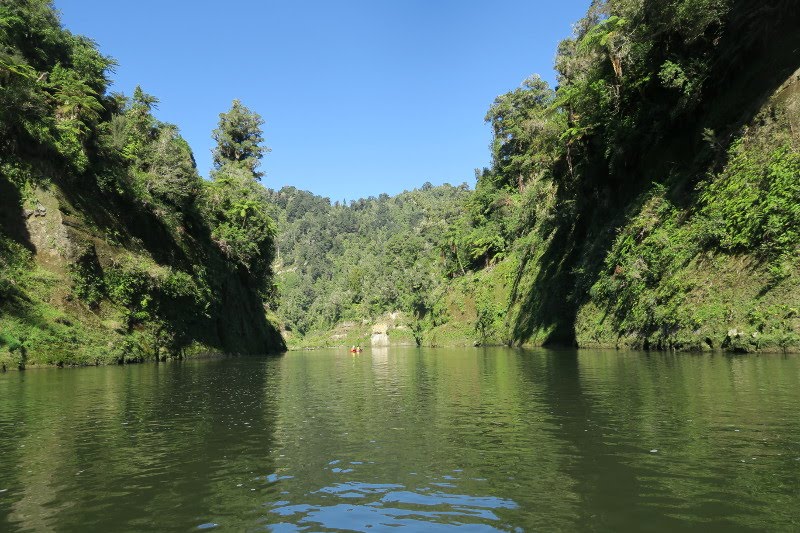 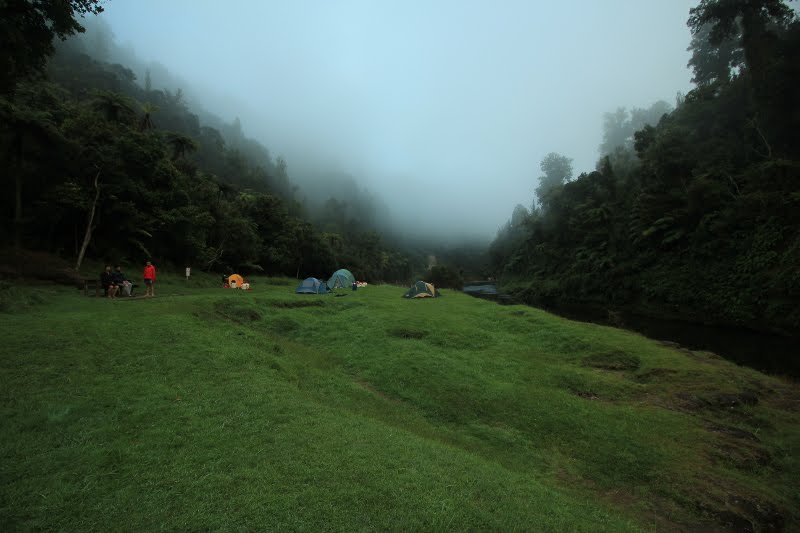 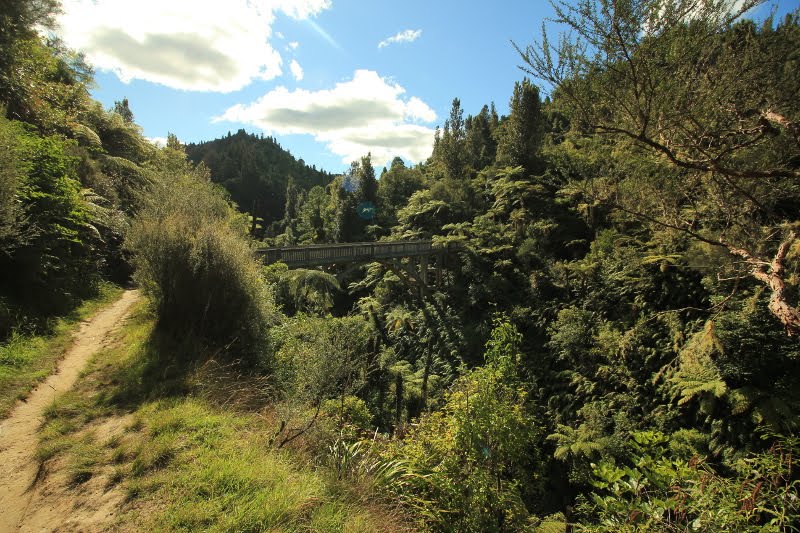 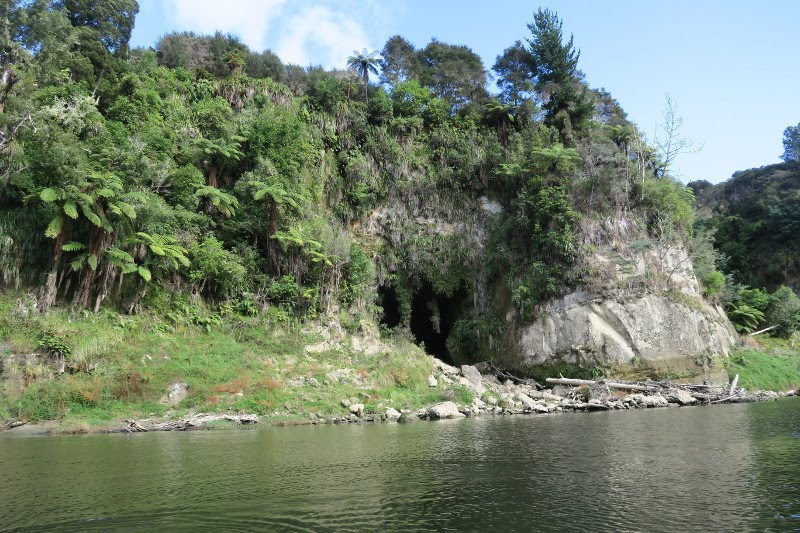