Visiting Rangitoto is one of my favourite things to do in Auckland. Catch the 9:15am ferry from the downtown terminal, arrive on the island just before 10am, walk up to the top, see the incredible views over Auckland and the Hauraki Gulf, and then back down via the lava caves and easily make the 12:45pm ferry getting you back to the city by 1:30pm. You've experienced a unique 600-year-old island with extraordinary geology, flora and fauna, and had a good walk, in four hours.

Today was extra-special. Very thick fog blanketed the harbour and inner Gulf, and the ferry proceeded very slowly to the island; the trip that normally takes 30 minutes took 75. We passed a number of becalmed yachts that apparently were supposed to be racing, but instead were drifting aimlessly through the fog. It was surreal. Once we finally reached the island and headed inland, we almost immediately left the fog, but the fog left behind spiderwebs sparkling with dew and rocks steaming in the sun. From Rangitoto's summit we could still see large fog banks covering Waiheke Island, Motuihe Island, and much of the inner Gulf. It was wonderful! 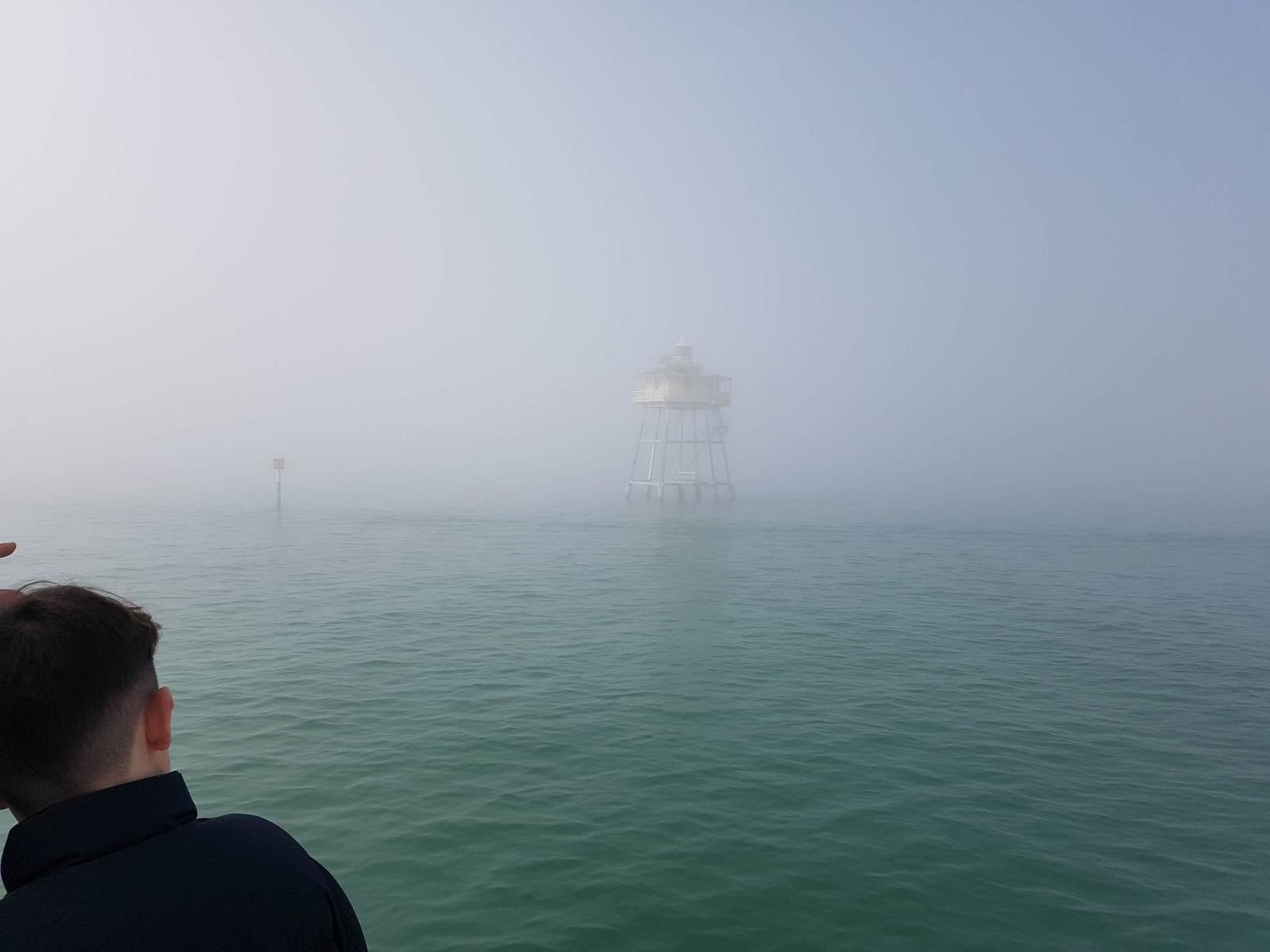 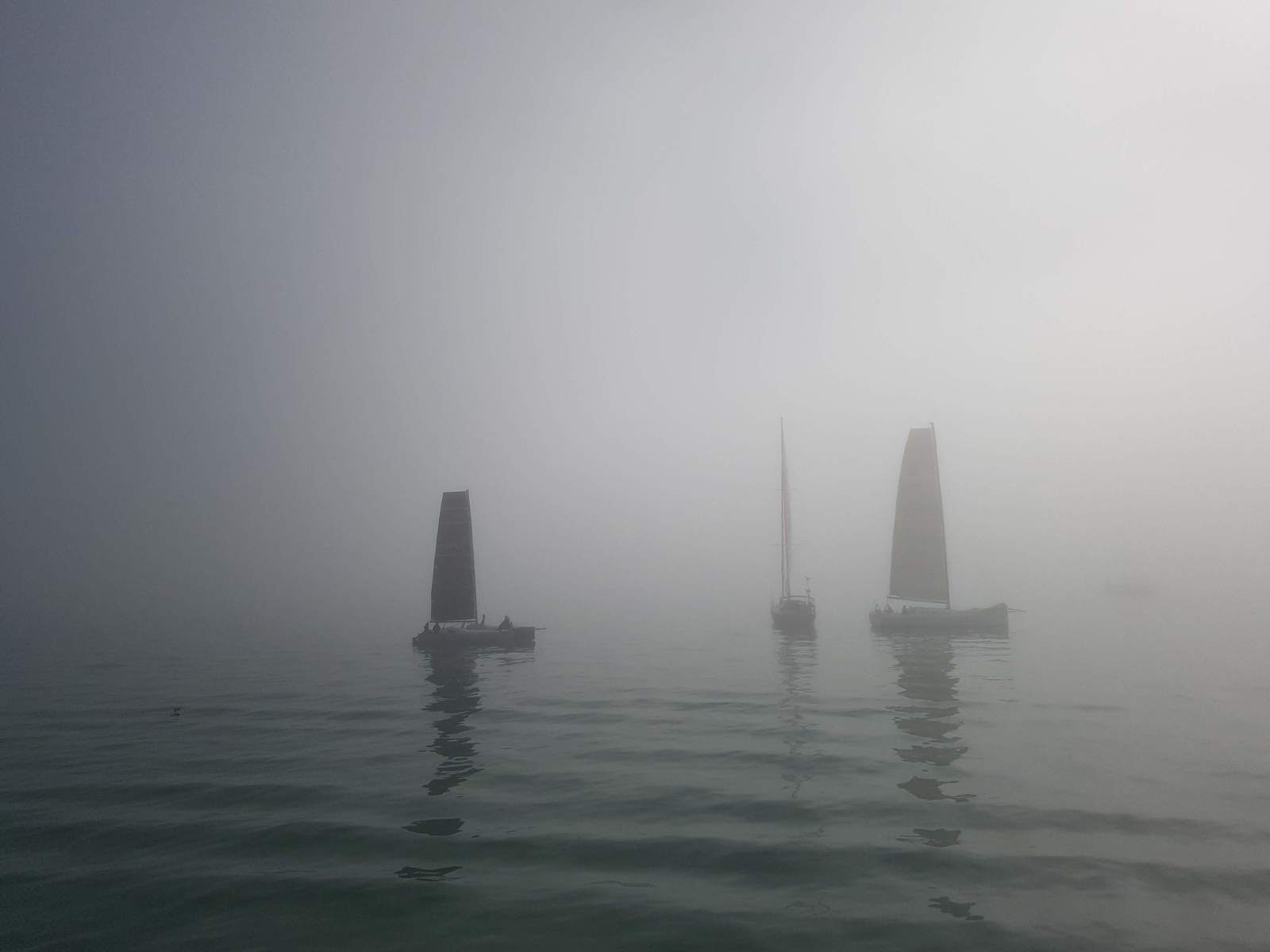 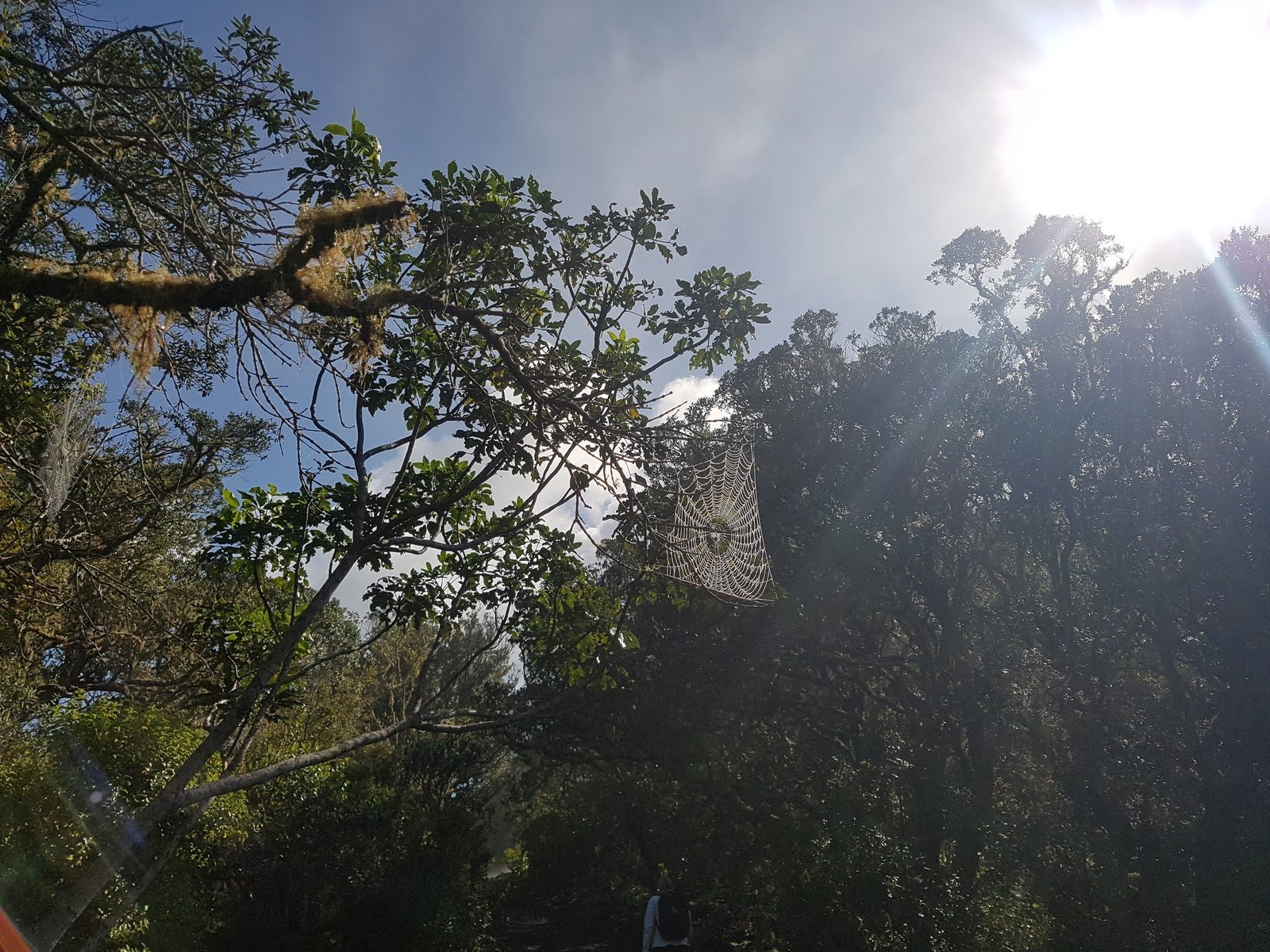 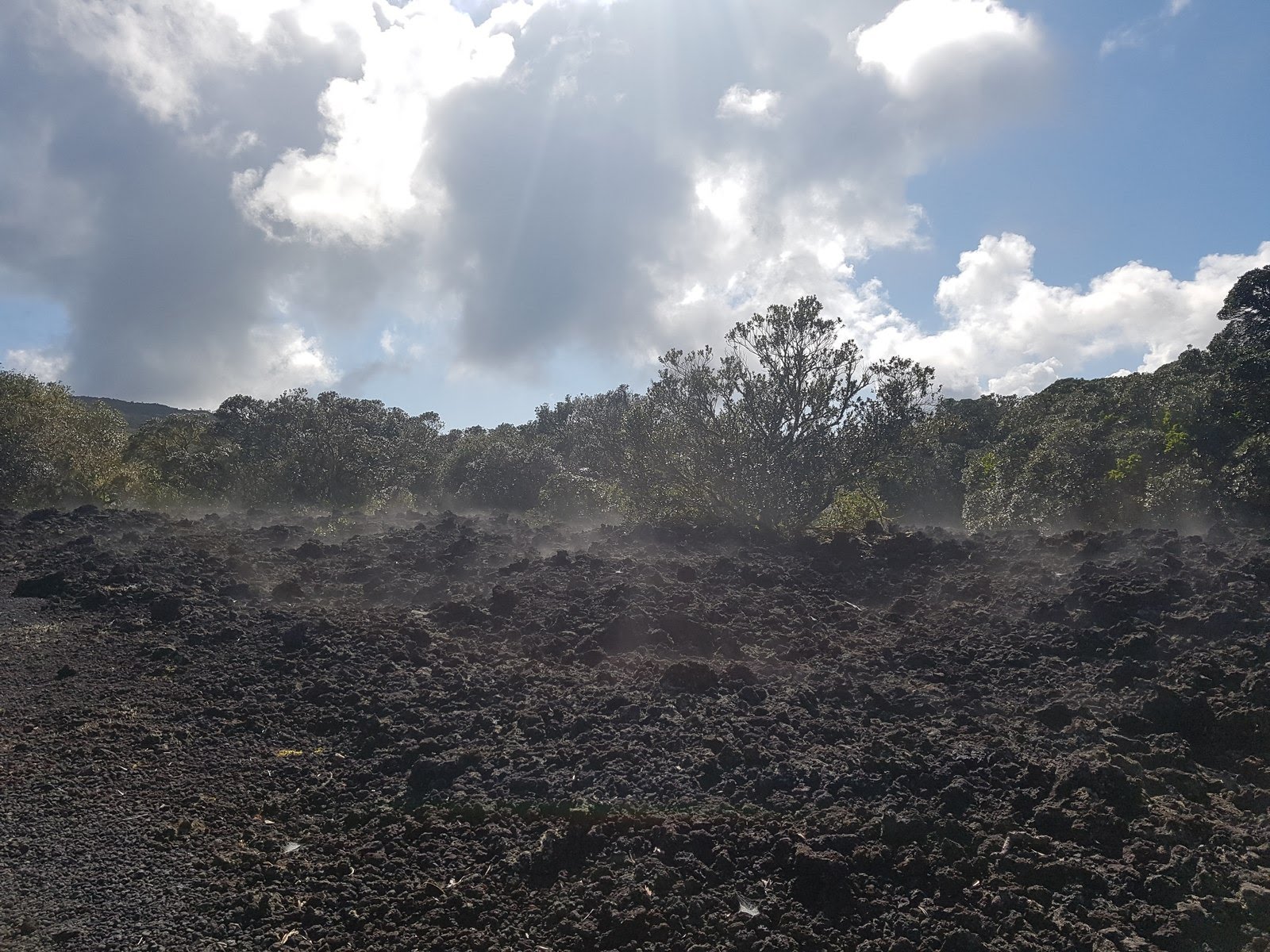 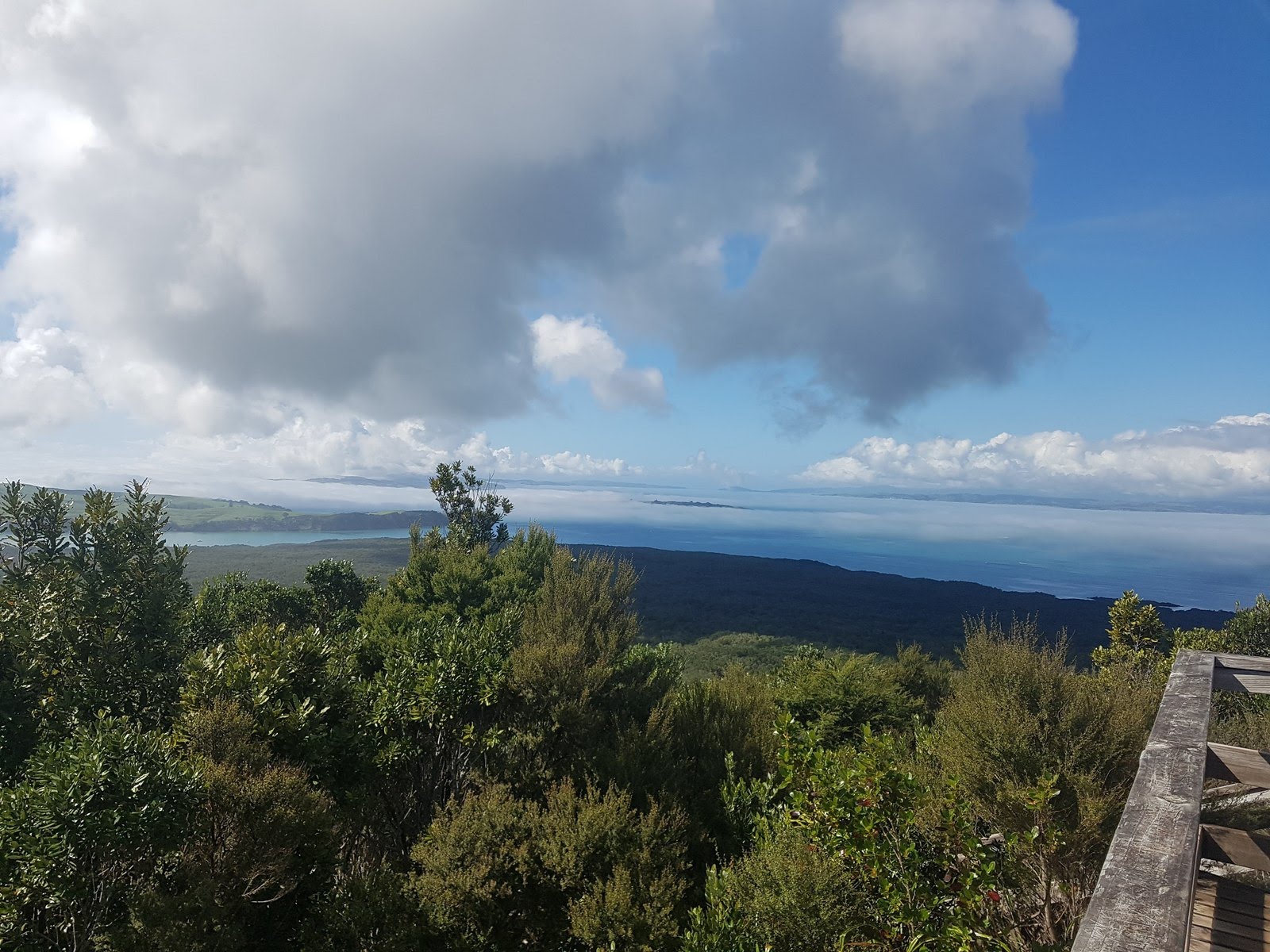 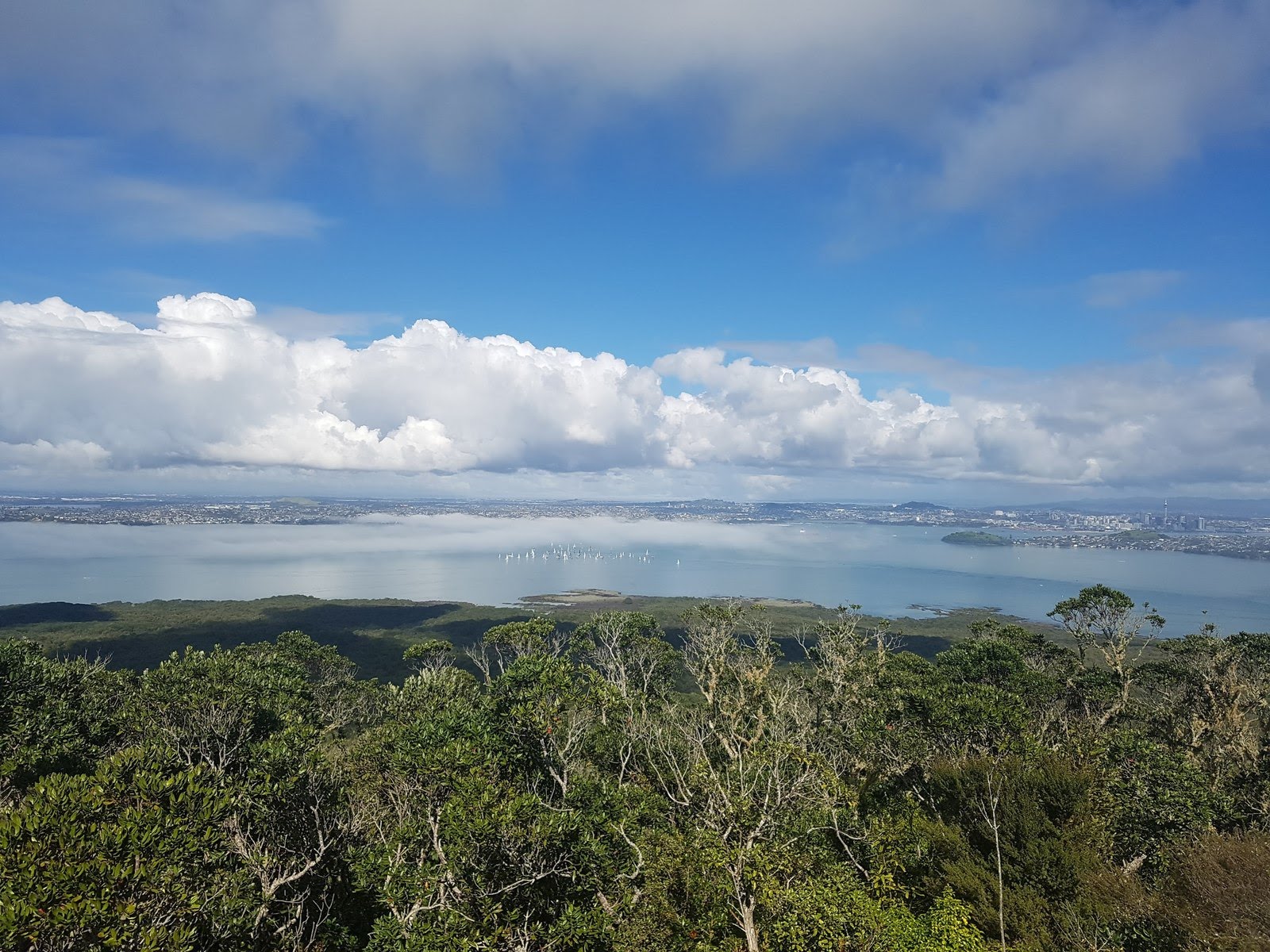