Last weekend I climbed Mt Taranaki again. Last time was just me and my kids, but this weekend I had a larger group of ten people — one of my kids and a number of friends from church and elsewhere. We had a range of ages and fitness levels but everyone else was younger than me and we had plans in place in case anyone needed to turn back.

We went this weekend because the weather forecast was excellent. We tried to start the walk at dawn on Saturday but were delayed because the North Egmont Visitor's Centre carpark apparently filled up at 4:30am; everyone arriving after that had to park at the nearest cafe and catch a shuttle to the visitor's centre, so we didn't start until 7:40am.

In short: we had a long hard day, as expected, but everyone made it to the crater, most of us by 12:30pm. Most of our group clambered up to the very summit, and we all made it back safely. Unfortunately clouds set in around the top not long before we go there so there wasn't much of a view, but we had good views much of the rest of the time. You could clearly see Ruapehu, Ngauruhoe and Tongariro to the east, 180km away. It was a really great day. The last of our group got back to the visitor's centre around 6pm.

My kid is six years older than last time and much more experienced at tramping, so this time he was actually the fastest of our entire group. I'm proud of him. I think I found it harder than last time — probably just age. As I got near the summit my knees started to twinge and cramp if I wasn't careful on the big steps up. I was also a bit shorter of breath than I remember from last time. I was faster at going down the scree slope though, definitely the trickiest part of the descent.

On the drive back from New Plymouth yesterday, the part of the group in our car stopped at the "Three Sisters", rock formations on the beach near Highway 3 along the coast. I just saw it on the map and we didn't know what was there, but it turned out to be brilliant. We had a relaxing walk and the beach, surf, rocks and sea-caves were beautiful. Highly recommended — but you need to be there around low tide to walk along the riverbank to the beach and through the caves. 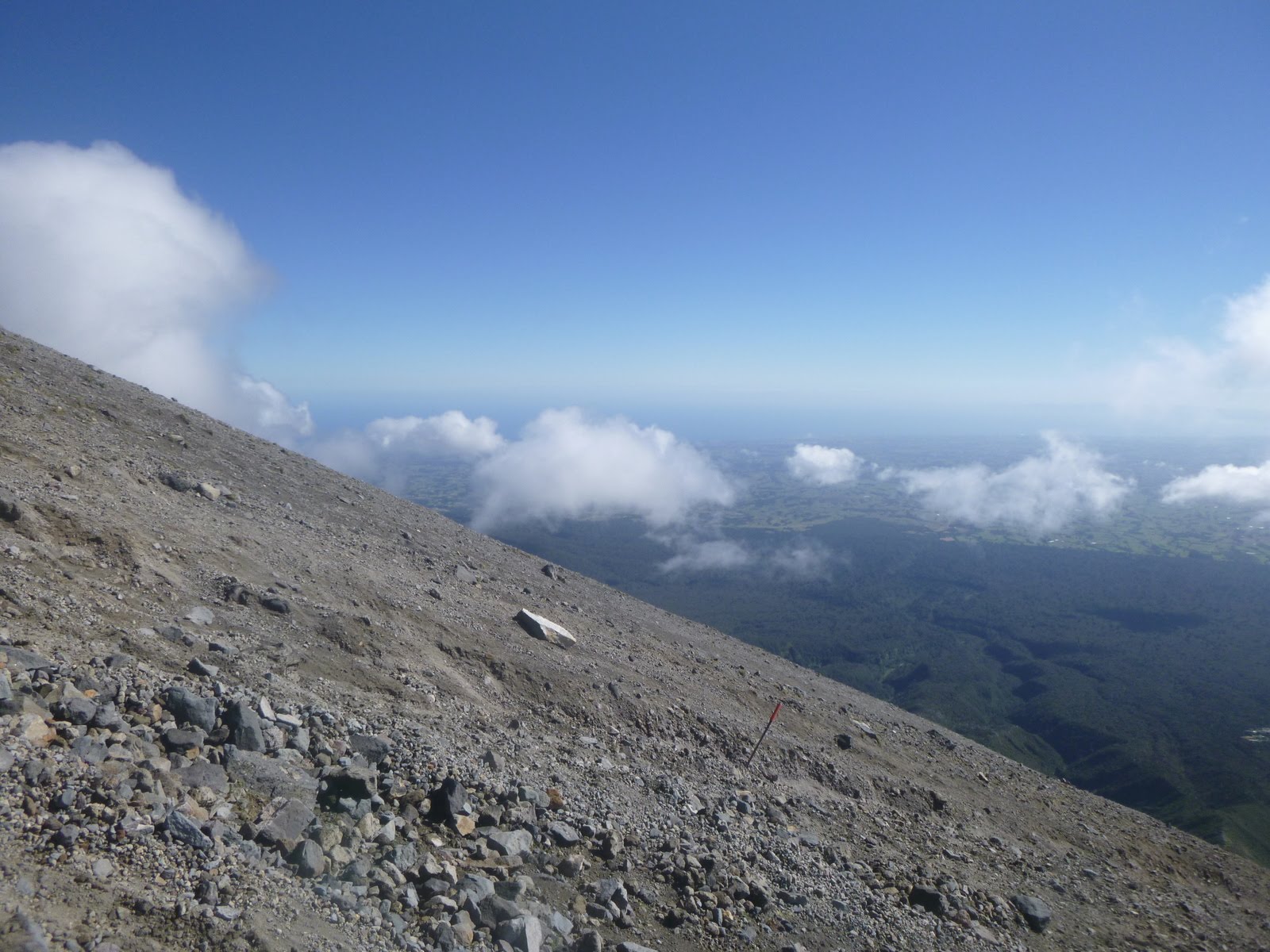 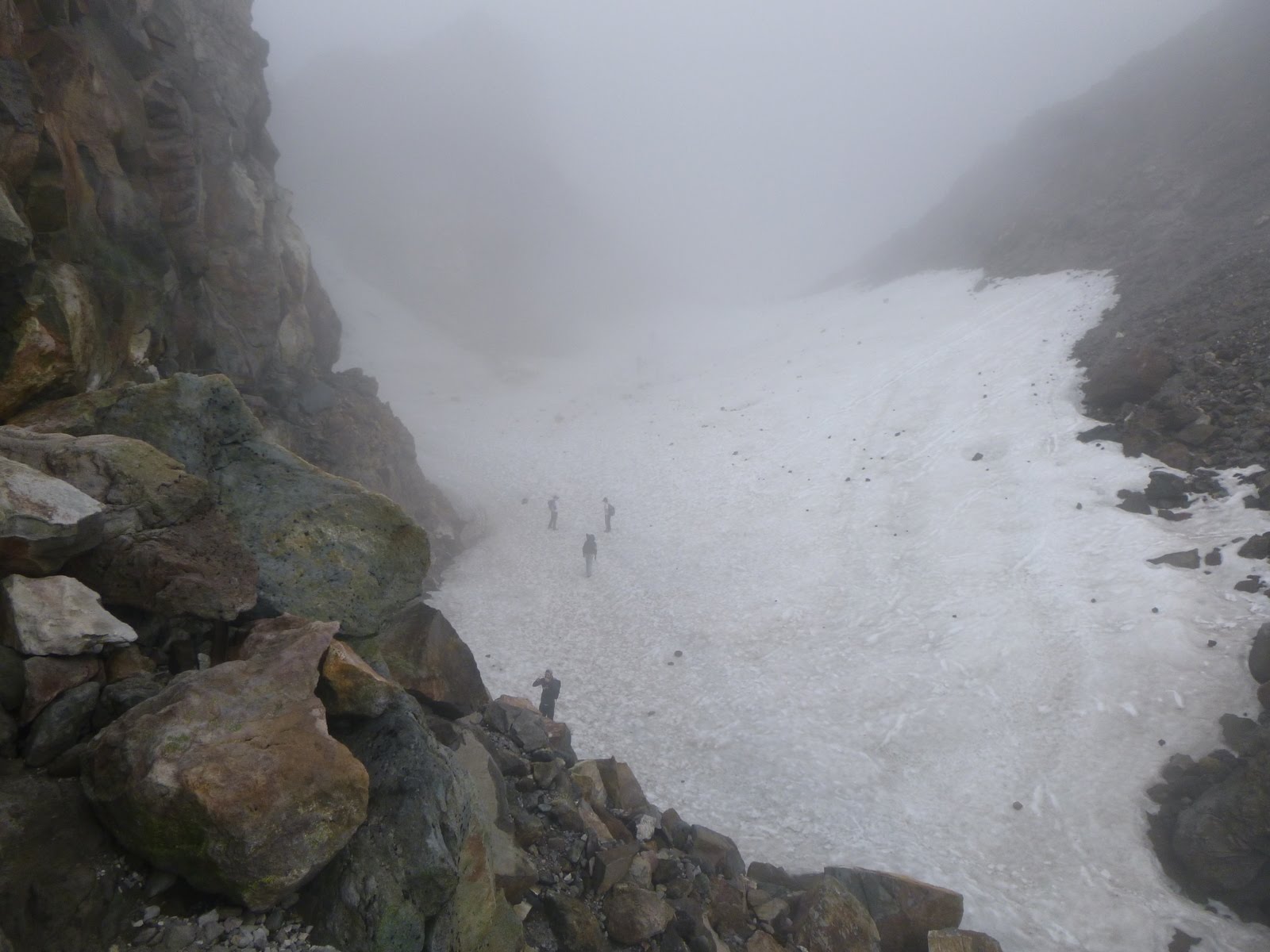 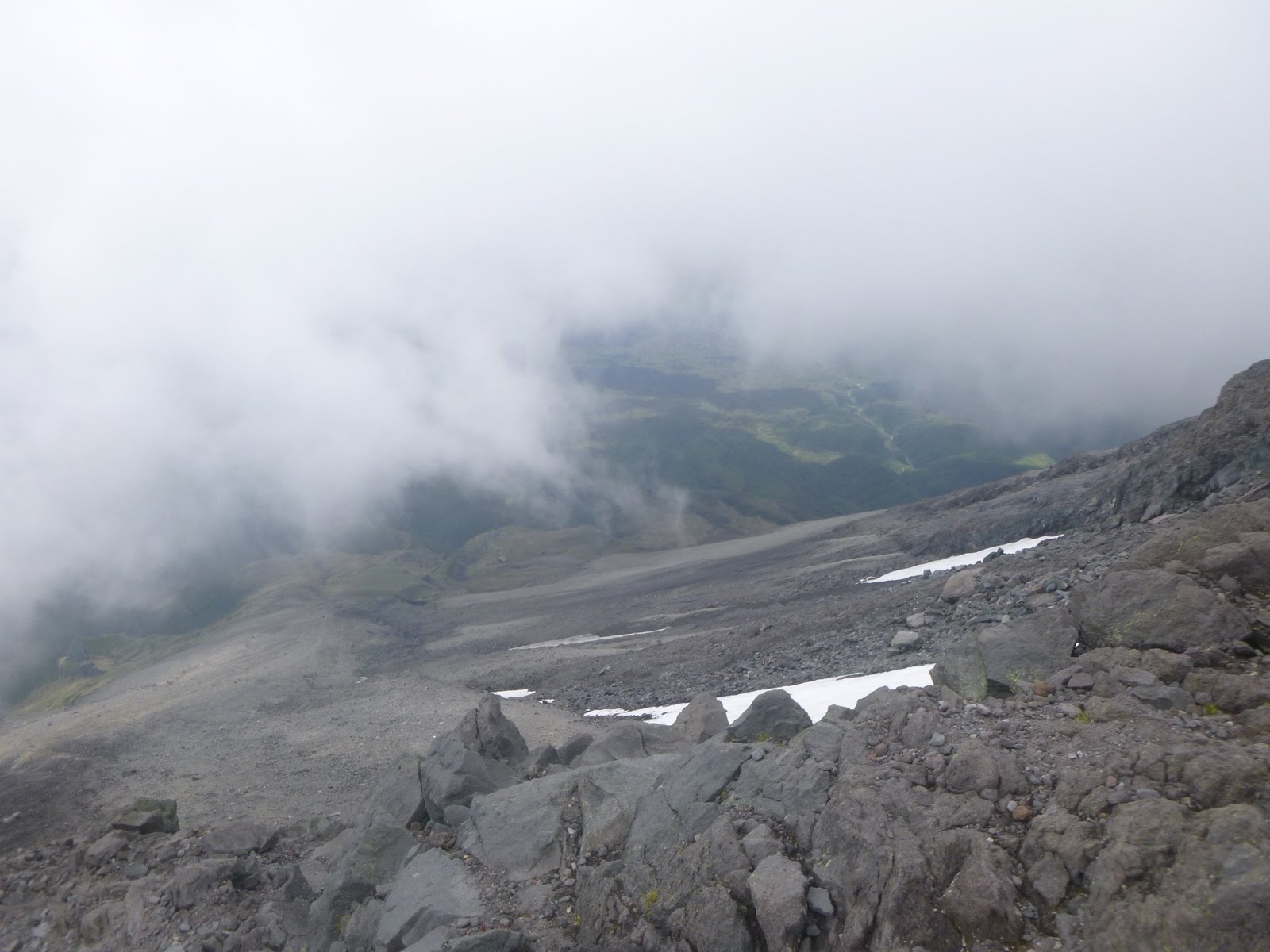 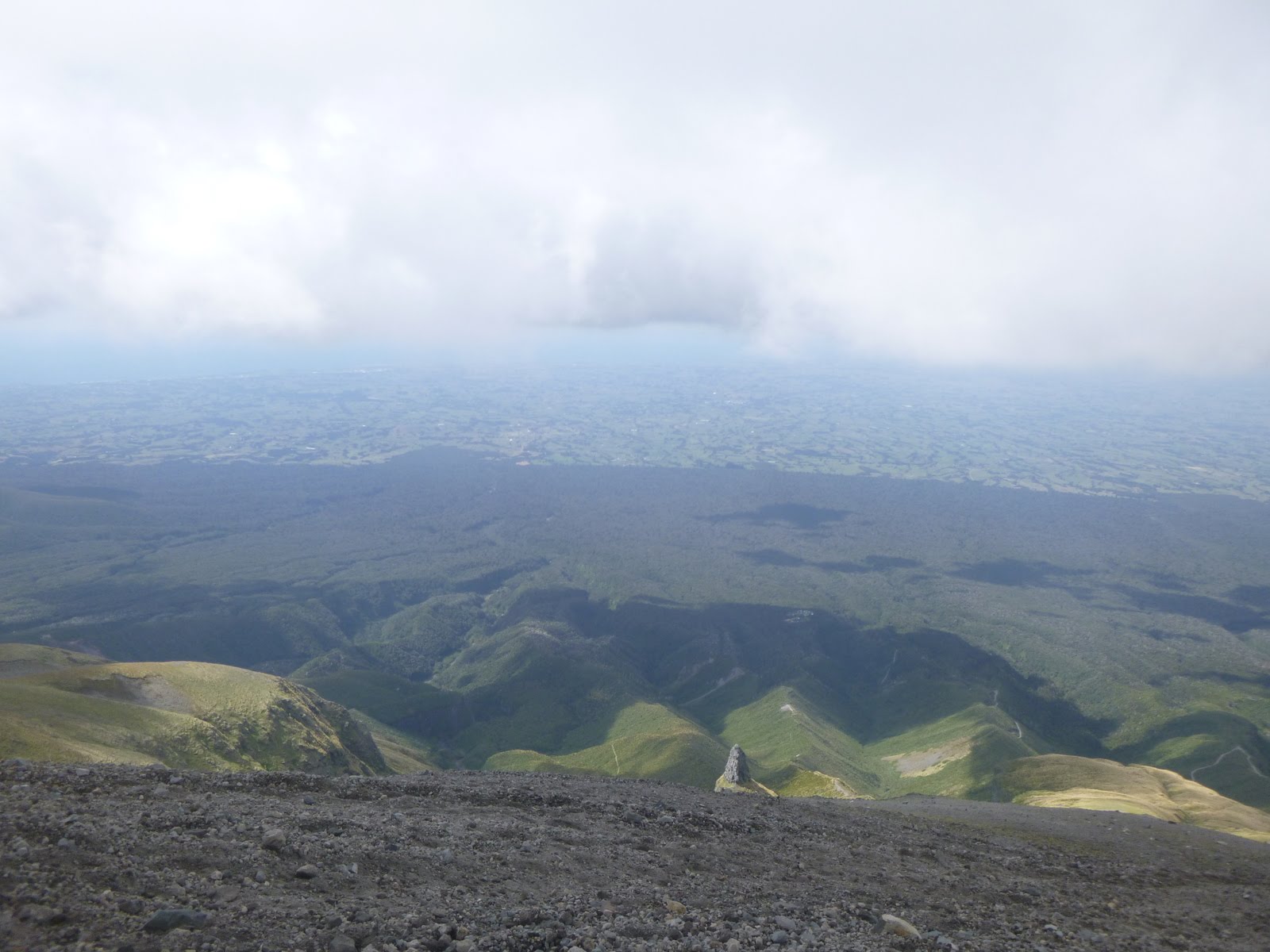 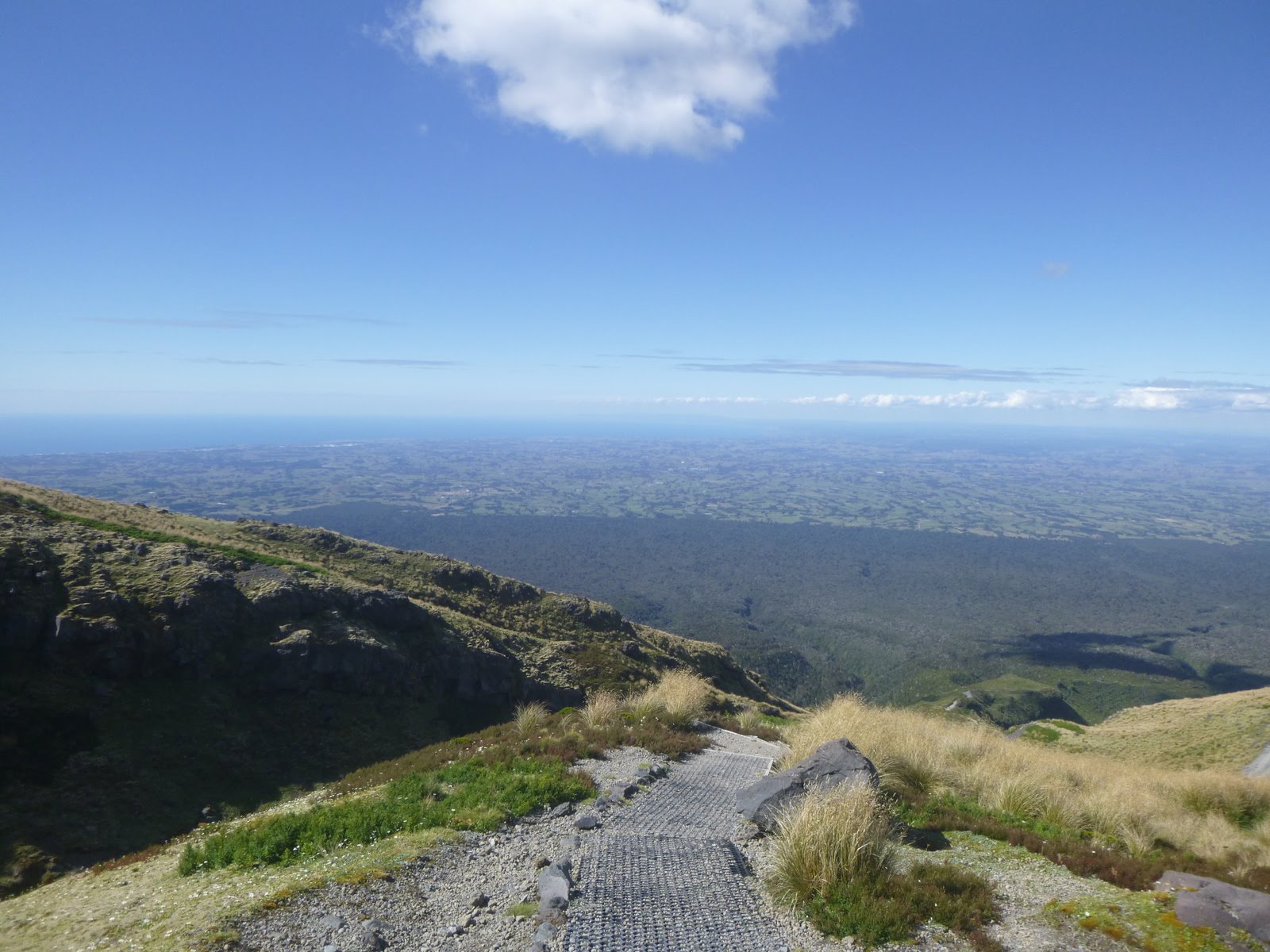 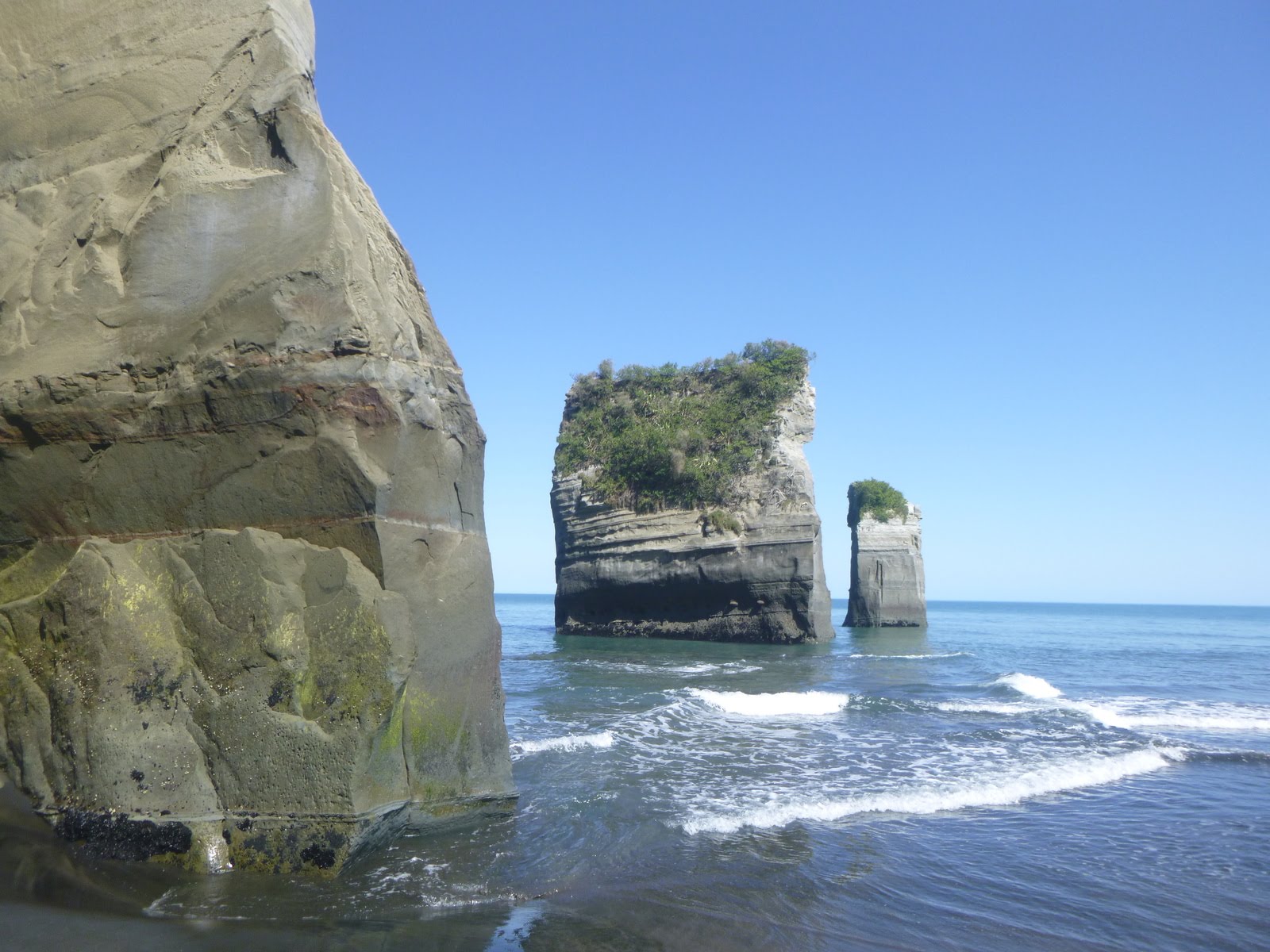 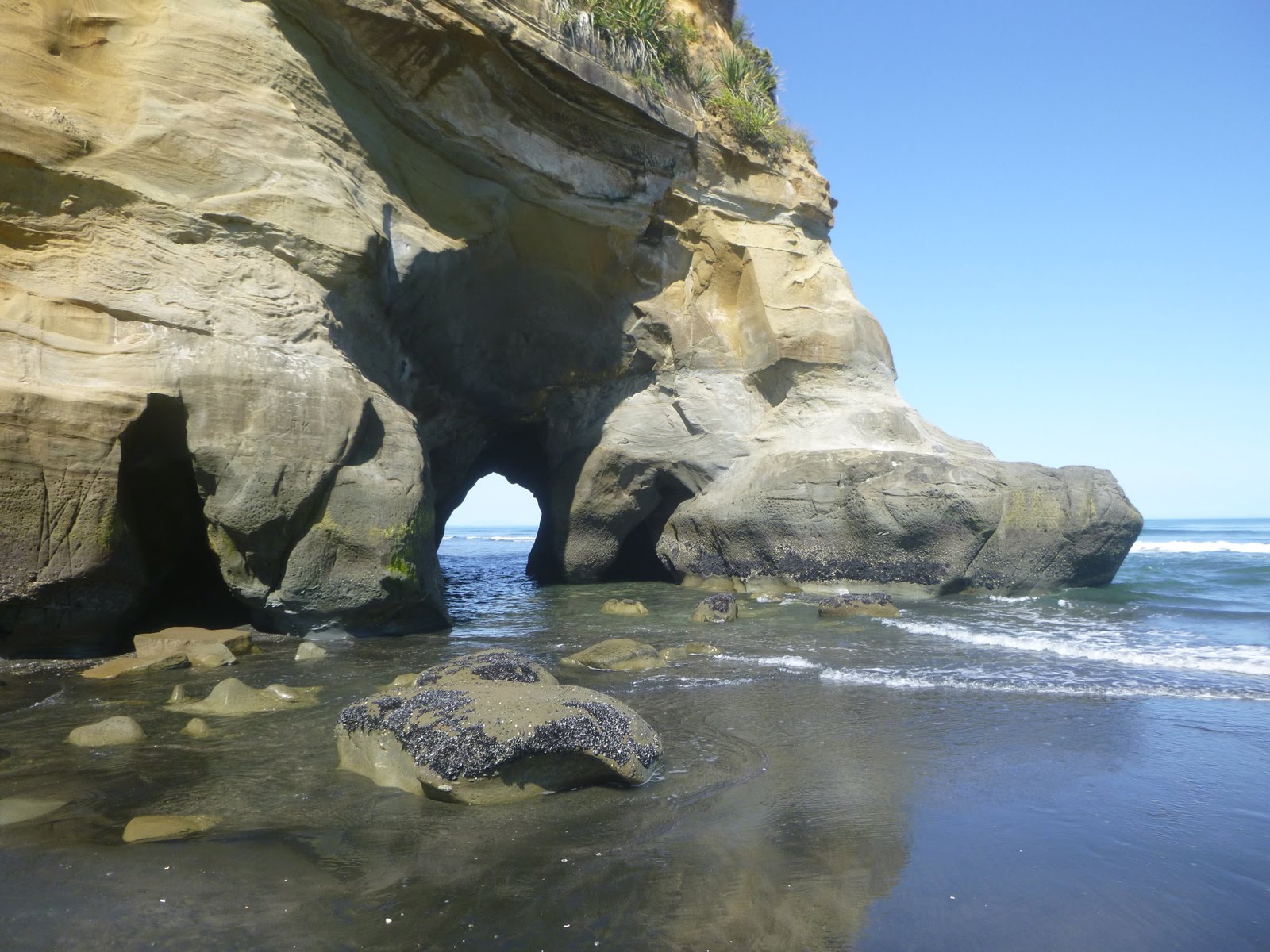 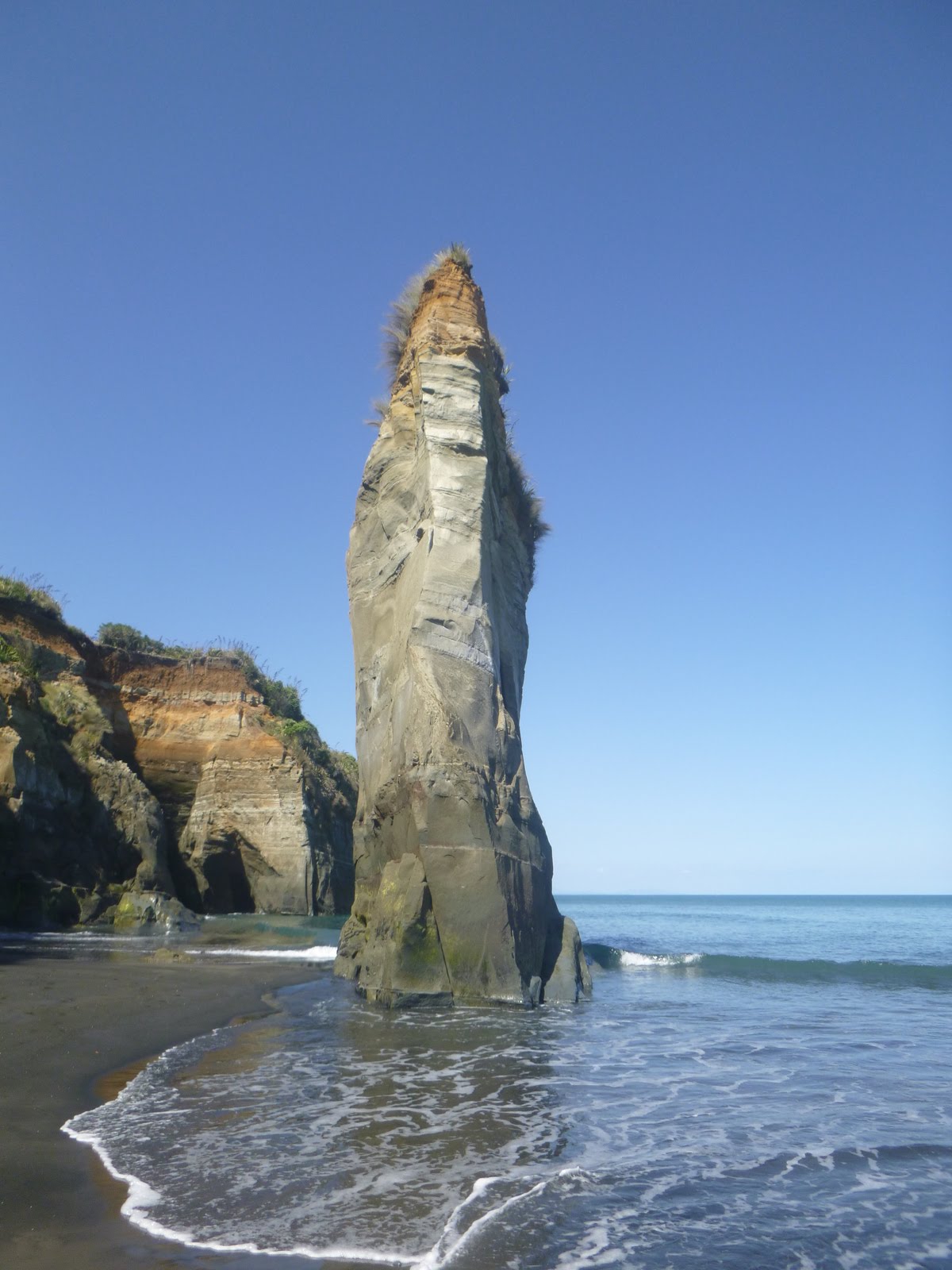