Last weekend I went with a couple of people down to Mt Taranaki to tramp the Pouakai Circuit, planning to do it leisurely over three days. We drove down on Saturday morning (about 5 hours from Auckland), had a fine lunch at the Windsor Cafe in Inglewood, and hiked from a carpark up to Holly Hut via the Kokowai Track. (Normally you'd take the Holly Track from the Egmont Visitor's Centre but that track is currently closed due to a slip, though it should be open soon.) The posted time was 4.5 hours but we did it in 3 hours; my companions are very fast, and I'm not too bad myself though the steep uphill with steps made me struggle a bit! The weather was great and we had some excellent views of Mt Taranaki along the way. It's a beautiful mountain with snow cover on a clear winter's day.

Holly Hut is a fine hut. Some generous donors installed LED lighting, which is great during the winter when the days are short. It was the first Saturday of the school holidays but there were just two other people there. Late Saturday afternoon we did the ~1 hour return side trip to Bell Falls, which were beautiful. The weather had gotten cloudy, drizzly and misty and the daylight was fading, but that added to the effect!

On Sunday morning we had a bit of a late start because we thought we'd spend Sunday night at Pouakai Hut, which is nominally 2.5 hours walk away. The track crosses Ahukawakawa Swamp, in a basin between the old Pouakai volcano and the slopes of Mt Taranaki — most picturesque, especially in drizzly foggy weather. We had been hoping to do the side track to the Pouakai summit on the way to the hut, but bursts of rain and the likelihood of seeing nothing but cloud dissuaded us. We got to Pouakai Hut in about 1.5 hours and had an early lunch, then had to think hard: with phone reception at the hut, we got a new weather forecast for Monday, which promised heavy rain, wind, lower temperatures and possible thunderstorms — even less promising than the rain currently beating against the hut. We decided to avoid that weather by finishing the circuit on Sunday and driving back to Auckland late. That plan worked out pretty well; it didn't rain much during the rest of Sunday and although our fast pace left us all feeling a bit tired when we got back to the carpark, we had fun and got back to Auckland before midnight. All in all, a short trip with lots of driving and lots of fast walking, but still a great chance to appreciate God's creation.

I'm looking forward to doing this trip again when the weather's better and the Holly Track is open! It's quite accessible from Auckland, and we could do it with less fit people if we take more time. We could also save some energy by starting at the Egmont Visitor's Centre at the top end of the road, then taking the Holly Track to Holly Hut, then returning via Pouakai Hut to the lower carpark and sending some fitter people up the road to fetch the car. 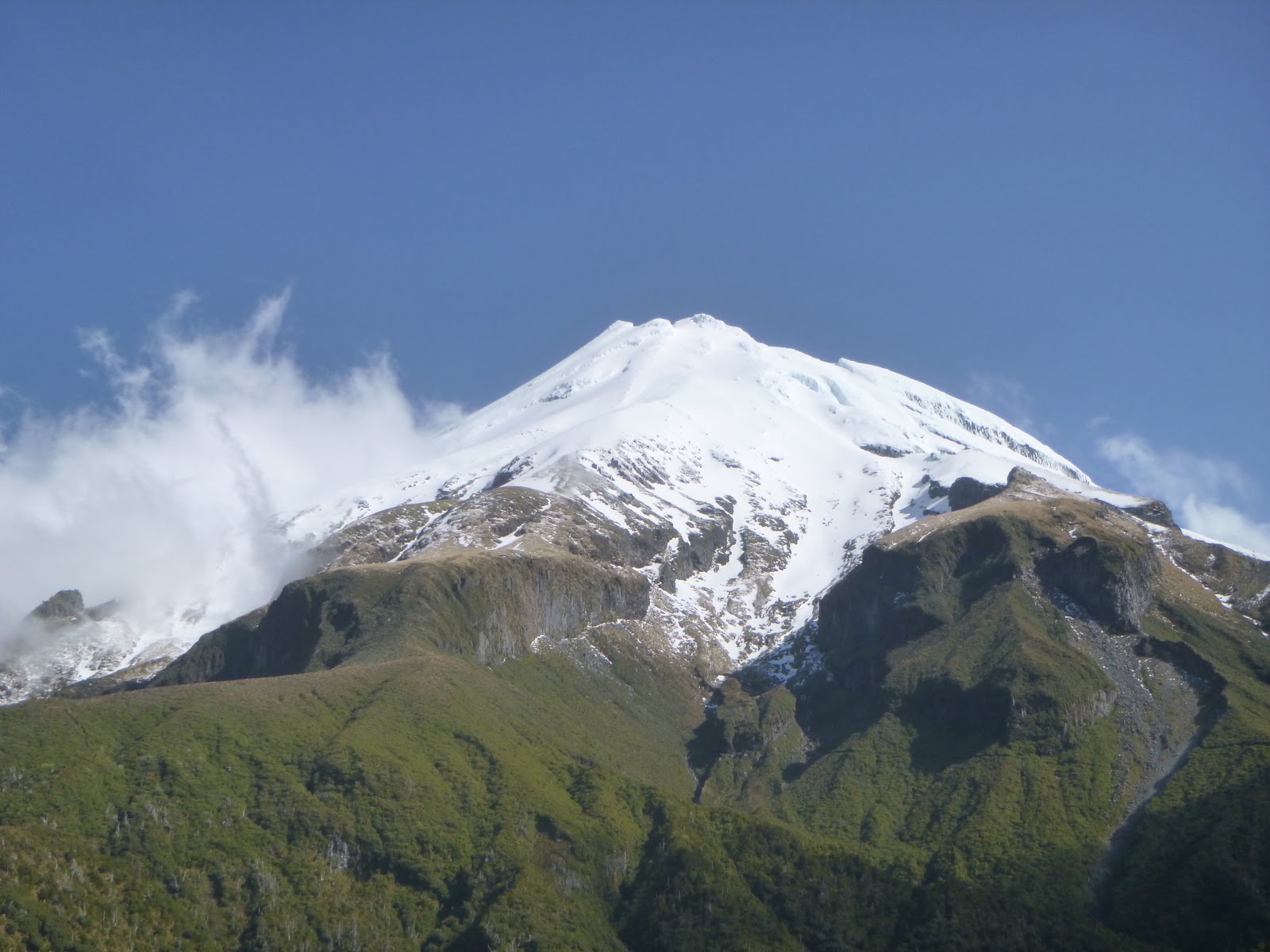 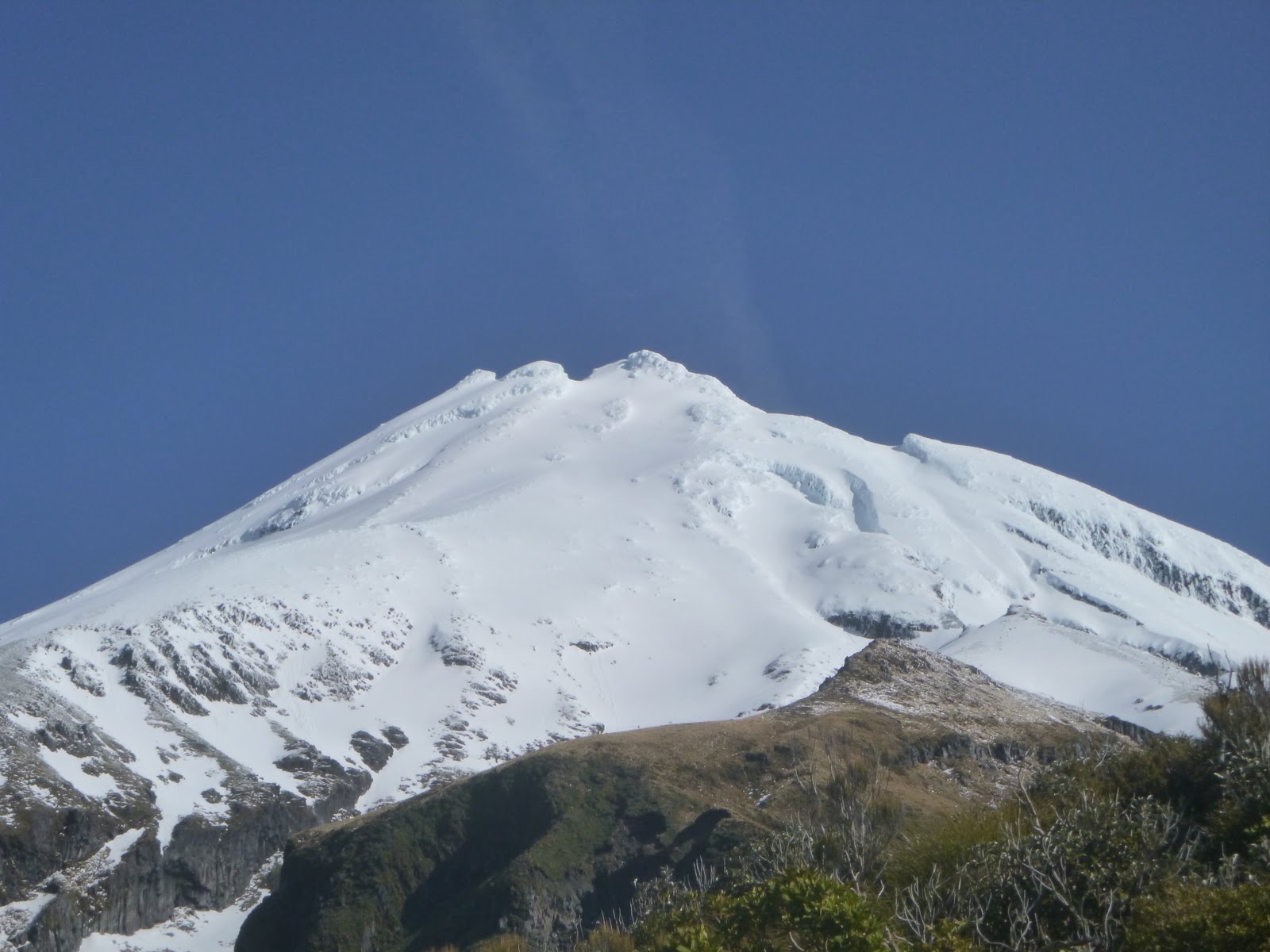 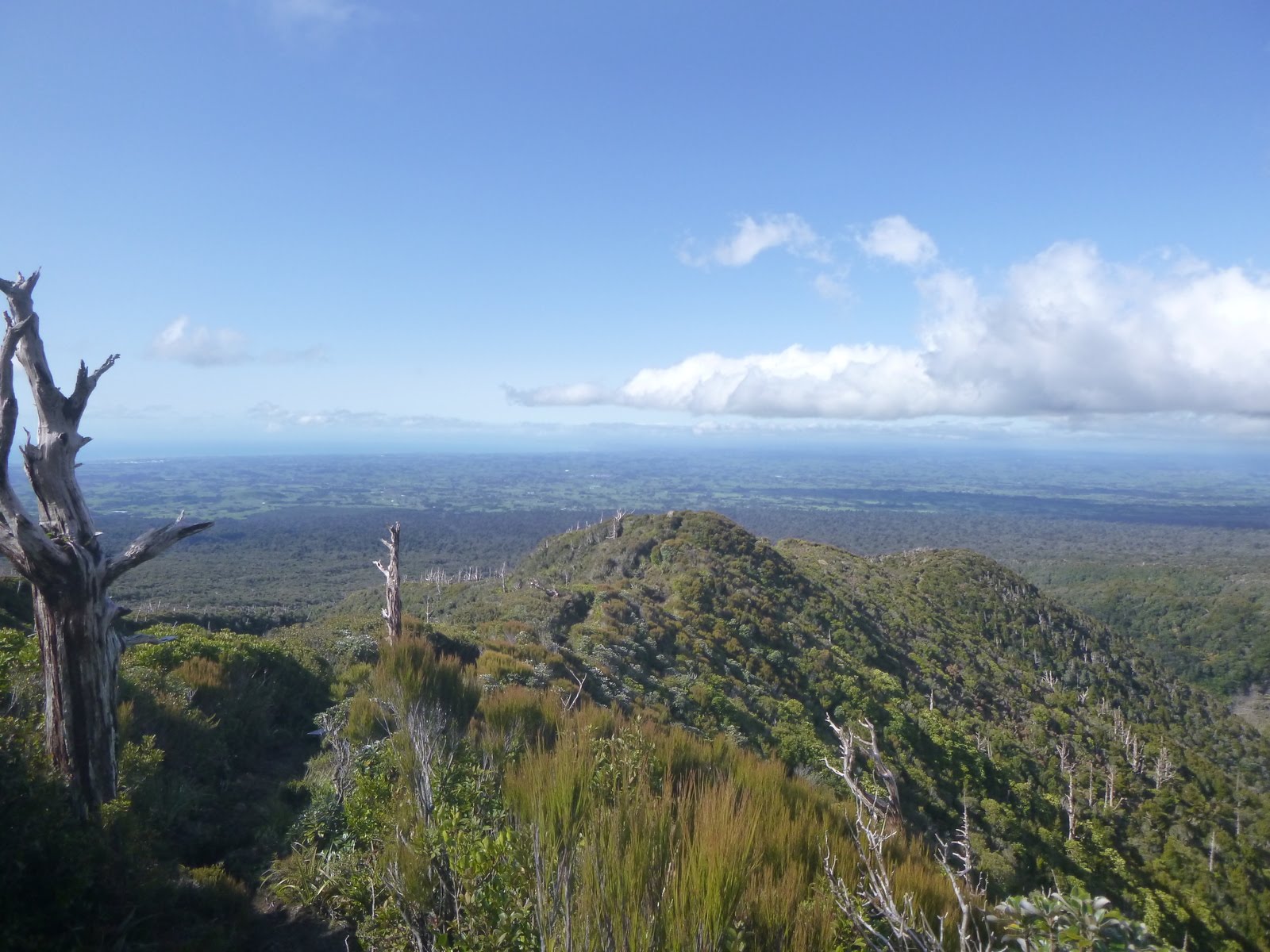 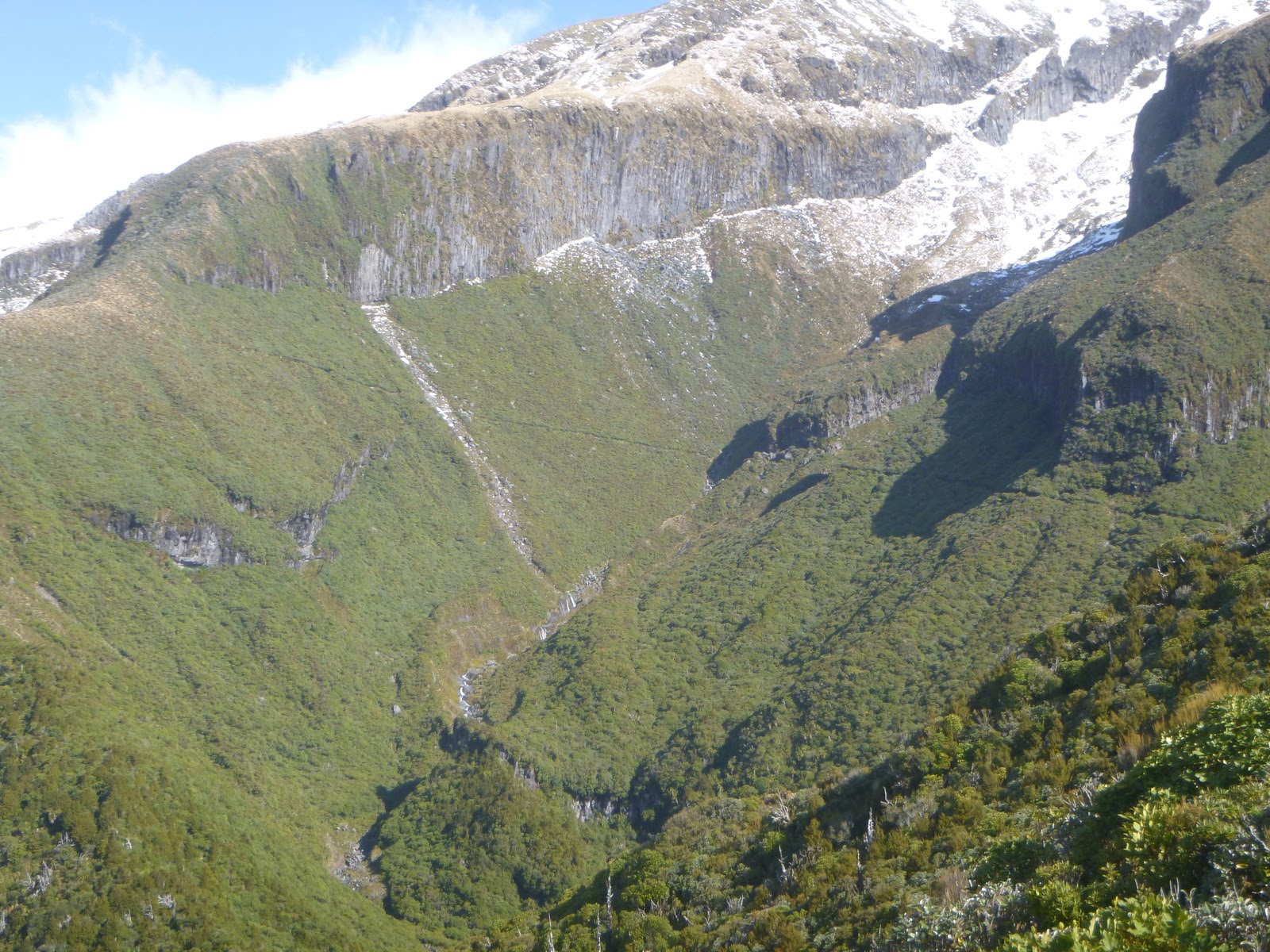 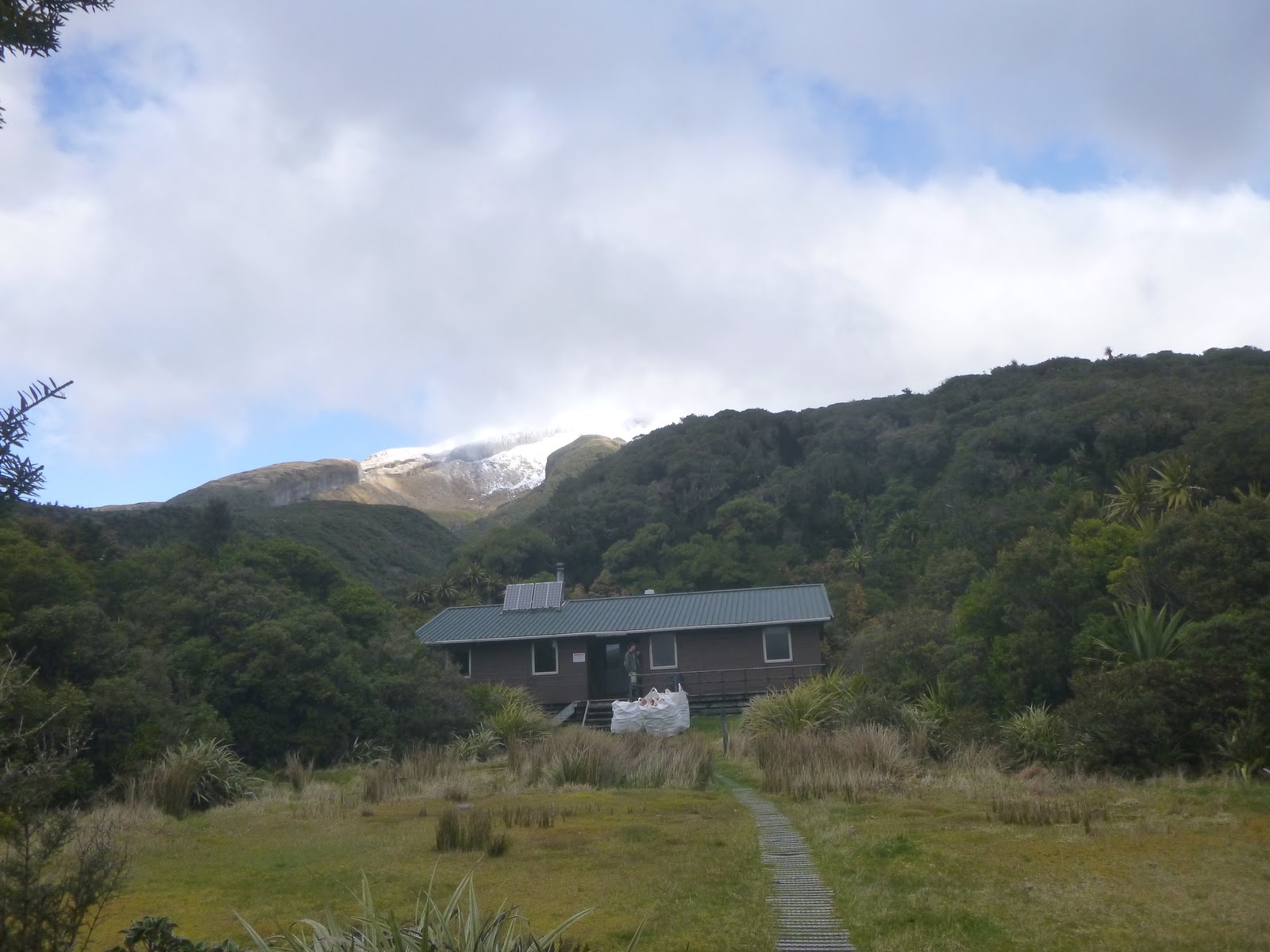 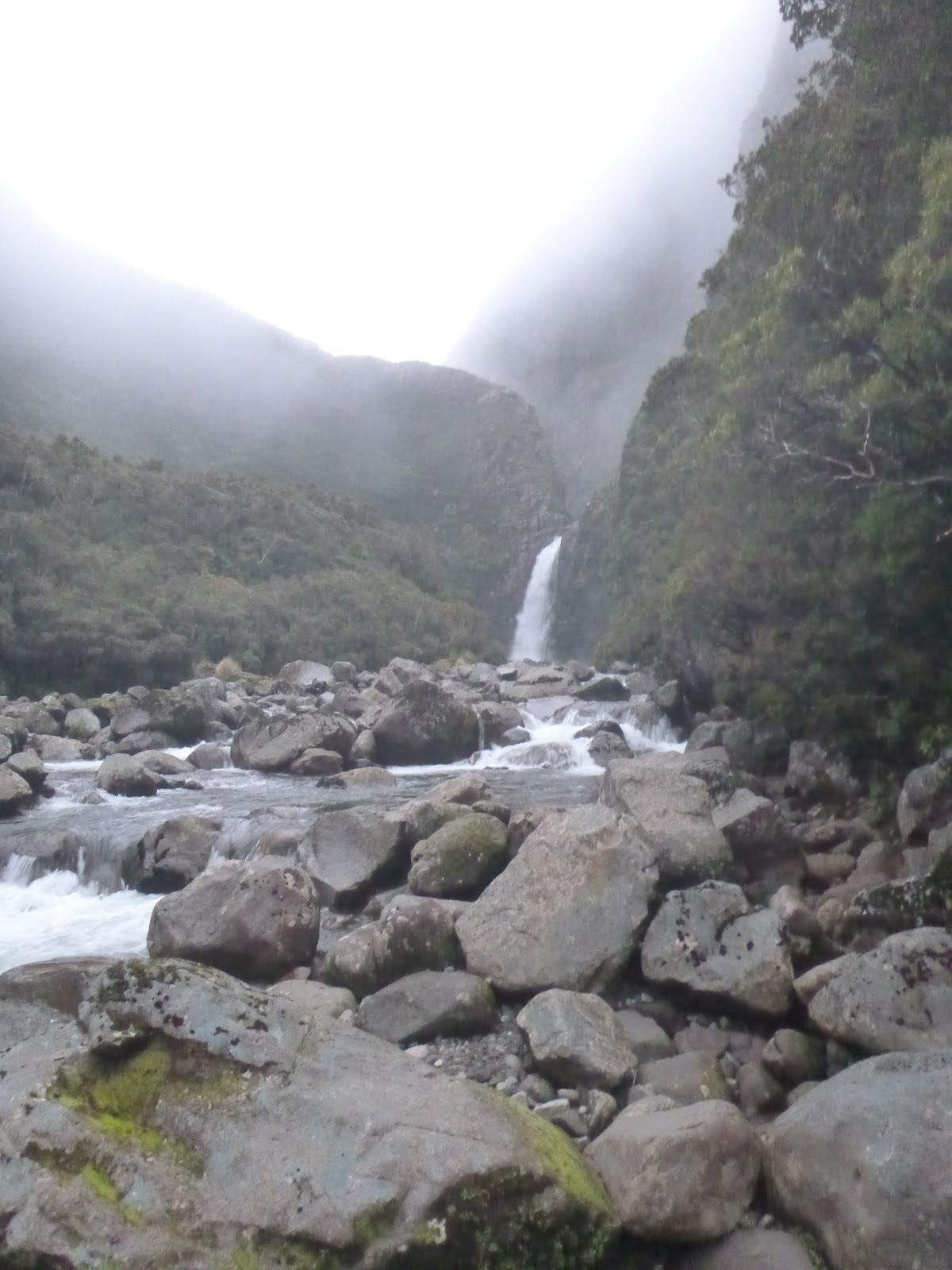 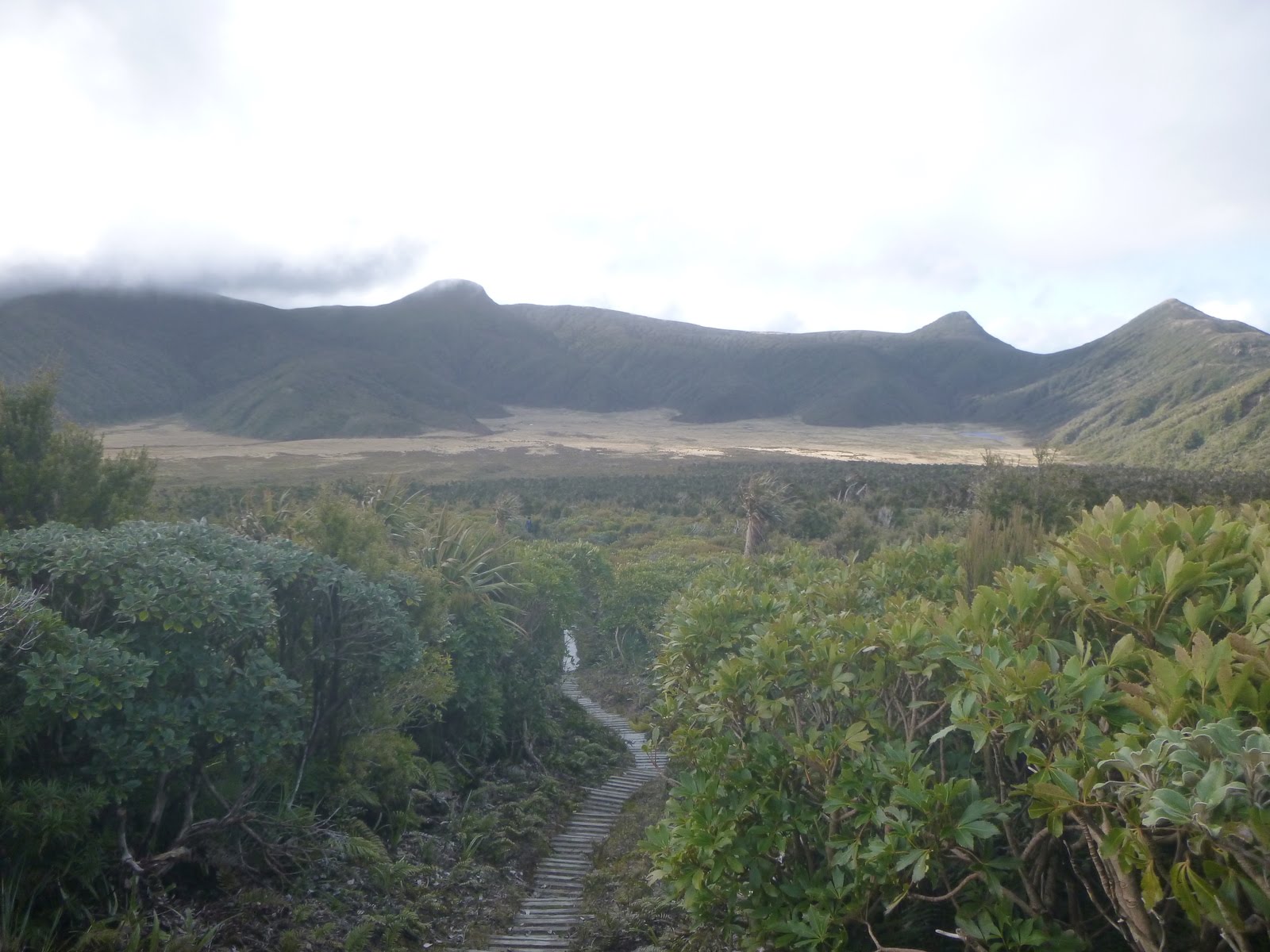 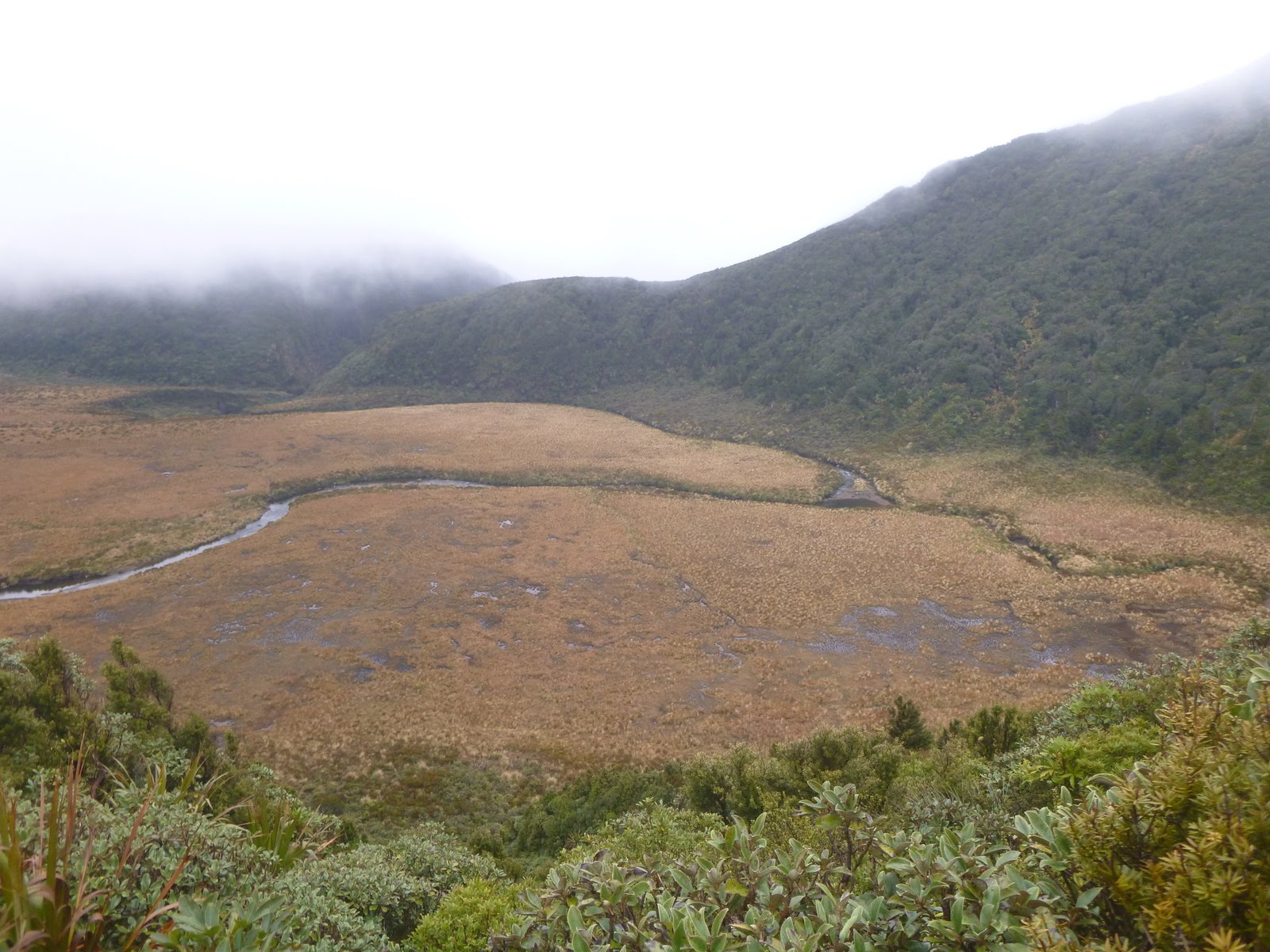 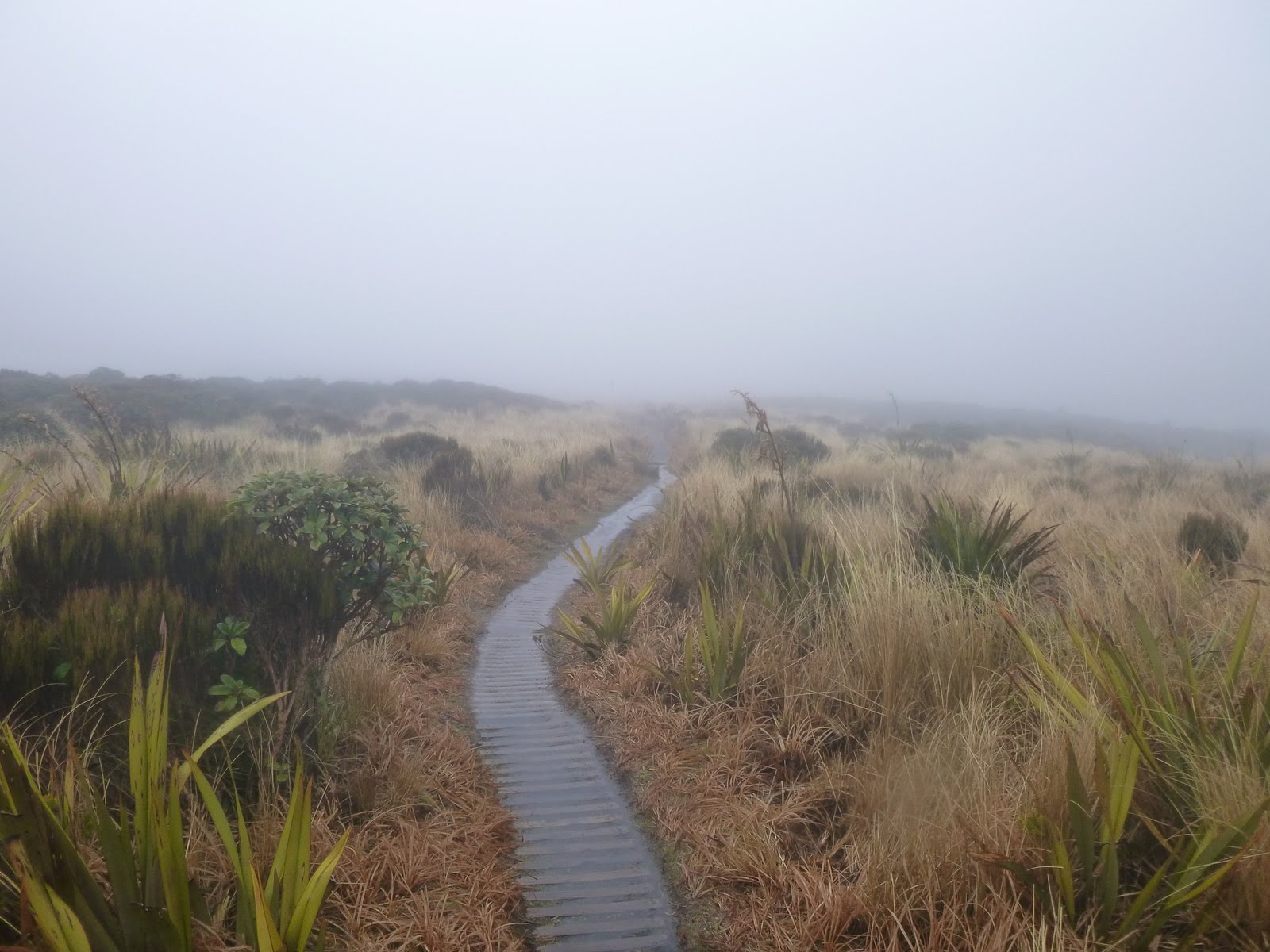 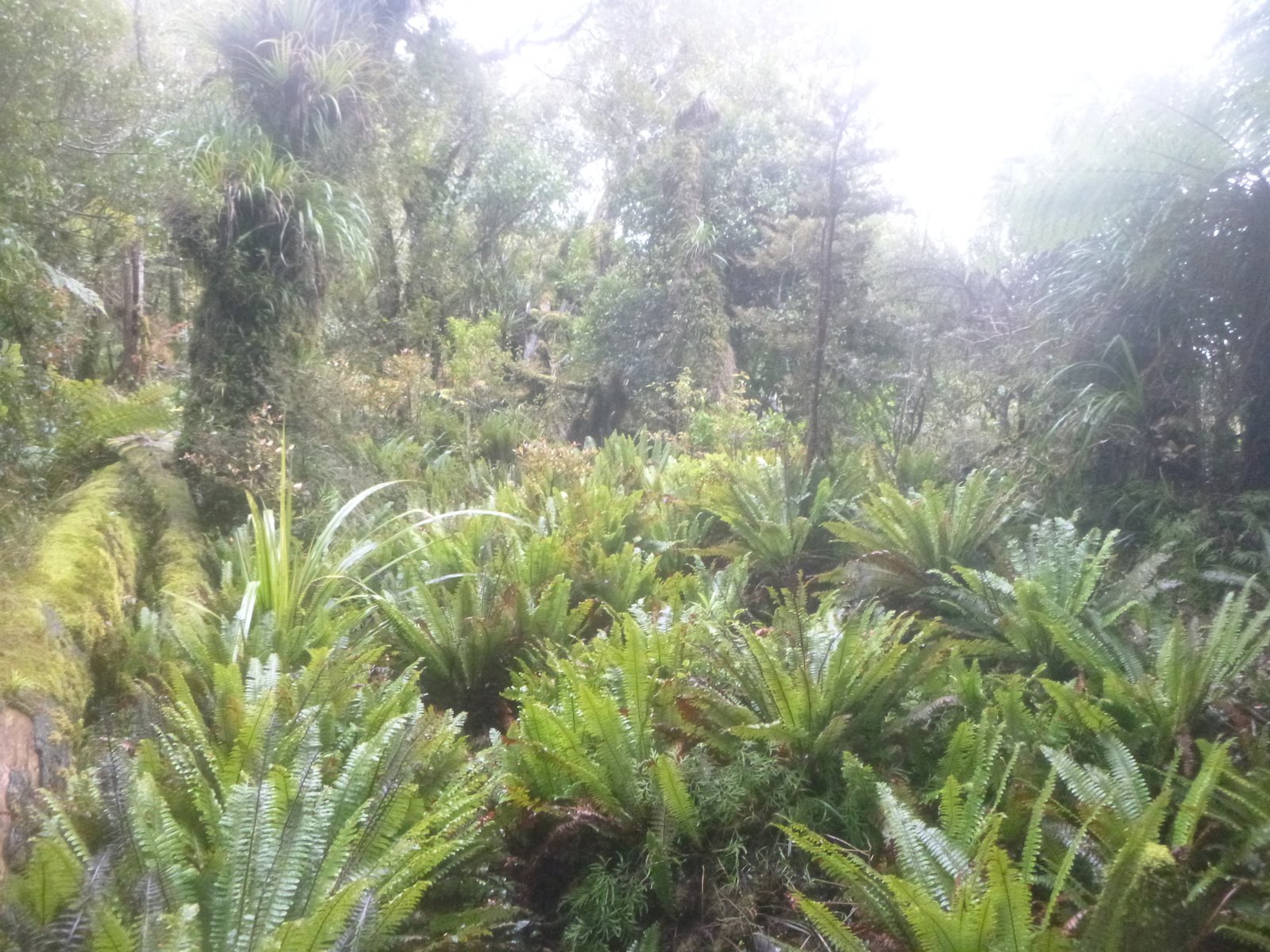