On Thursday December 5 I flew down to Nelson with five friends and family members to spend ten days in the Nelson Lakes National Park, split into two tramping trips: a three-day trip to Angelus Hut, followed by a rest day and then a six-day trip around the Travers-Sabine circuit. Nelson Lakes is a mountainous area with lots of tracks: around lakes, along rivers and streams in bush-clad valleys, and some above the treeline over saddles and along ridges. Just before we arrived, the area was hit by a powerful storm that caused flash-flooding in the rivers and streams throughout the park. We just missed the storm itself, but the impact of the flooding was evident everywhere, including a lot of track wash-outs that made travel interesting, as I will describe later!

Upon arriving at the airport we got a shuttle straight to our trailhead at Mt Robert car park (with a brief stop to drop off some gear at the motel). We had intended to spend Thursday night at Bushline Hut near the top of Mt Robert, then on Friday proceed along Robert Ridge to our main destination, Angelus Hut among the peaks of the Travers Range. However relatively high winds (at least 50km/h) were predicted for the ridge on Friday, which combined with foggy and possibly rainy conditions meant we weren't comfortable with that option. Instead we chose the more sheltered Speargrass valley route: from the car park along Speargrass Creek to Speargrass Hut, then on Friday up the Speargrass valley and over the ridge to Angelus.

The Speargrass route worked out well. We didn't have any significant rain, but the track was dripping wet and the rivers and streams were roaring with water. At one point on the way to Speargrass Hut we had to cross a tricky scree pile beside Speargrass creek; the track had been completely eliminated by scree being washed down. Nevertheless we made it to Speargrass Hut in about three hours of pretty easy walking. There wasn't much of a view due to low-lying cloud, but the weather was otherwise clear. We spent the rest of the afternoon lazing around the hut, except for one person who discovered they really enjoyed chopping wood. Six other people joined us for the night (they were doing a one-night trip to Speargrass), making the 12-bunk hut exactly full. It was a bit cold so we got a fire going and had a great evening. Because this was only a three-day trip we had decent food — sausages and bread for dinner.

The next day, about 9am, we headed up the valley route to Angelus. It was fairly easy going, though the track crosses the creek many times, and the creek was quite high so we had to get wet feet. Again there wasn't much of a view but the cloud and mist had their own dramatic effect. As expected we were sheltered from the wind until we reached the ridge at the top of the valley, where indeed it was quite uncomfortable, but from there it was only a half-hour walk to Angelus Hut — crossing a couple of patches of snow, which was fun.

Angelus Hut is in an amazing spot, between a couple of lakes at the bottom of Angelus Basin, ringed by a ridge that still has a lot of snowy patches this early in the summer. It was a bit too cold to enjoy the outside deck, and unfortunately it was also quite cold inside the hut because they had just about run out of firewood so there was no fire. Having arrived in time for lunch, around 1pm, we had lunch and made endless hot chocolates to keep warm. Visibility was generally poor due to drifting fog, but late in the afternoon the clouds lifted to give us a clear view of the surrounding mountains. We took a walk around the smaller lake to enjoy the view and the alpine environment — absolutely magical.

During the day quite a number of other trampers arrived, mostly arriving via the Robert Ridge which had turned to out to be okay on the day. For some reason a lot of them were Israeli; apparently word about Angelus Hut has spread in the Israeli travel community. There was also a volunteer hut warden present, who gave a good hut talk in the evening while I cooked pasta, salami and tomato sauce for dinner.

I was bemused by the "BOIL WATER BEFORE DRINKING" signs in Angelus Hut (and in many other huts on our trip). I have almost never treated hut water anywhere in New Zealand and Angelus seemed like an unlikely place for the hut water to require treatment. Most huts I've visited have less strident warnings, along the lines of "the water is untreated but generally safe to drink; you may wish to treat it before drinking". We ended up drinking hut water — and flowing stream and river water — untreated everywhere during our trip, to no ill effects. I hope this is not a new trend towards more risk-averse — and less informative — signage.

It was a beautiful moonlight night in the Angelus Basin, though not clear enough to see many stars unfortunately, and I got up and stood outside in the cold for a while to soak up the atmosphere and enjoy the majesty of God's creation.

We were hoping to take the Robert Ridge route to Mt Robert and then back to town on Saturday, but the warden got a weather forecast in the morning that made that sound inadvisable. So we returned via the same Speargrass route we came up, walking all the way back to the car park and then following the road back into town to check into our motel. It was a longish day but not too hard and we had an excellent dinner at a local restaurant. On Sunday one of our group return to Auckland while the rest of us rested and prepared for the next leg of our trip — which deserves its own blog post.

All in all, a little disappointing that we didn't get to walk the Robert Ridge, but a great tramp regardless. 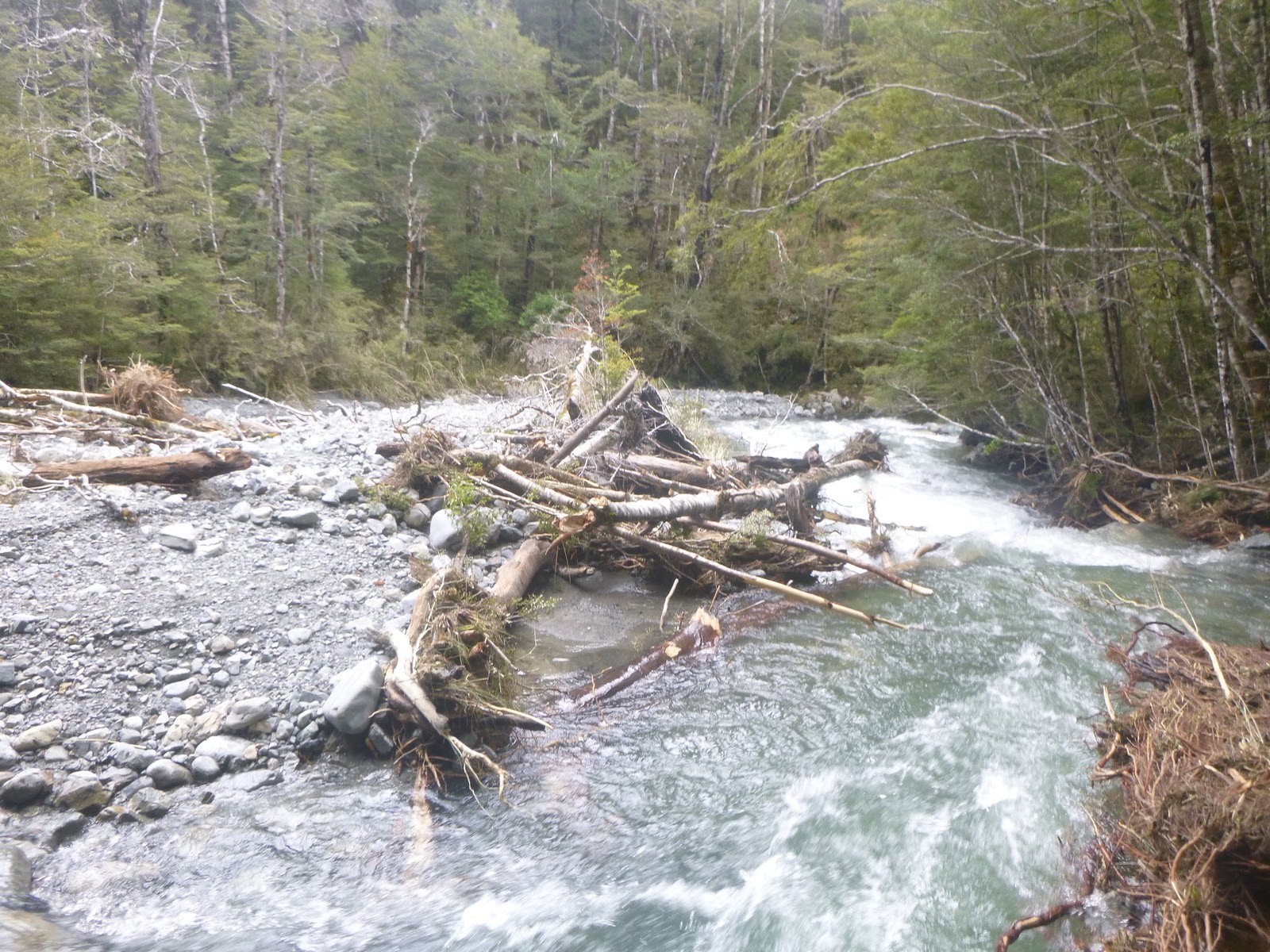 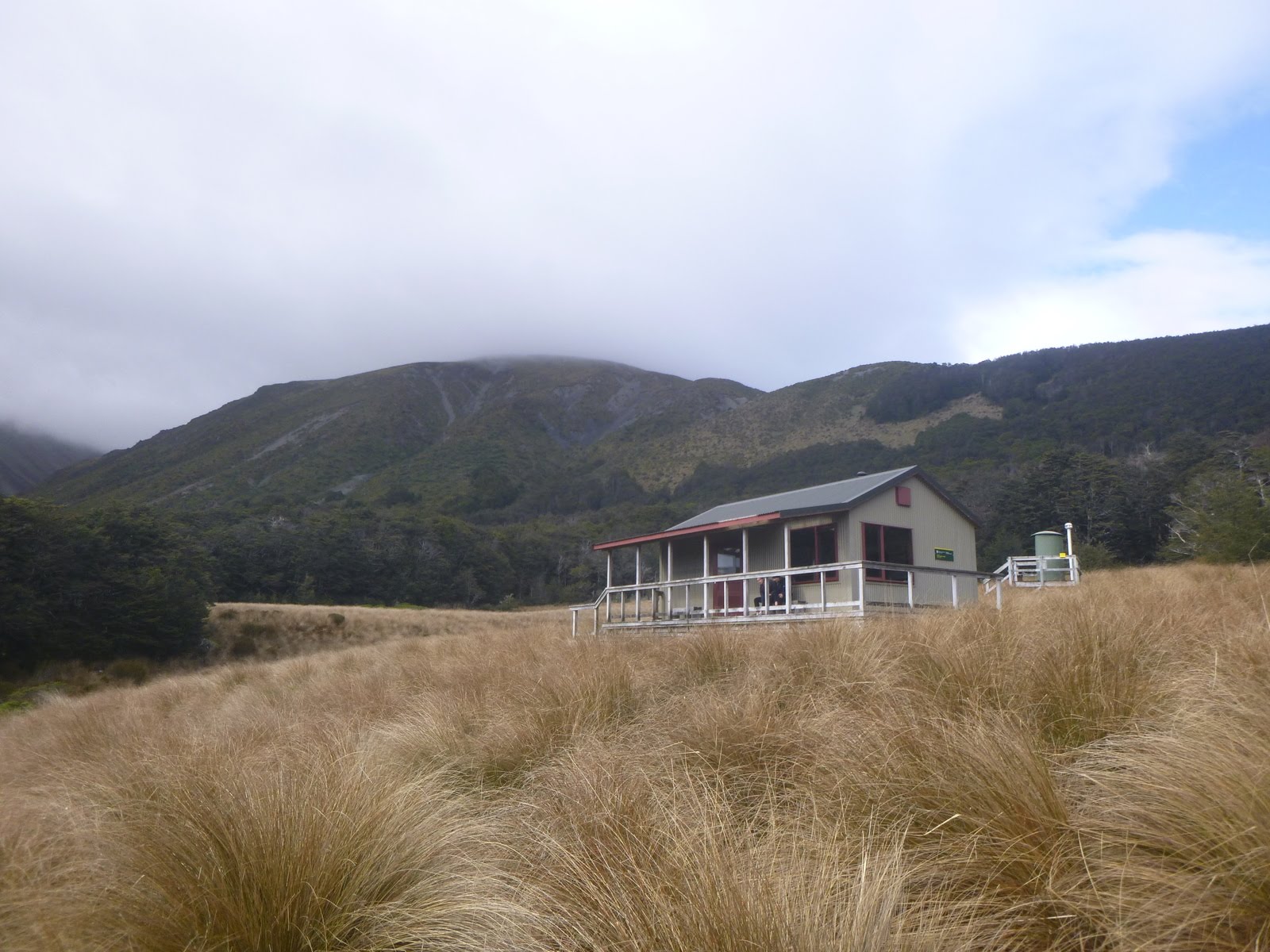 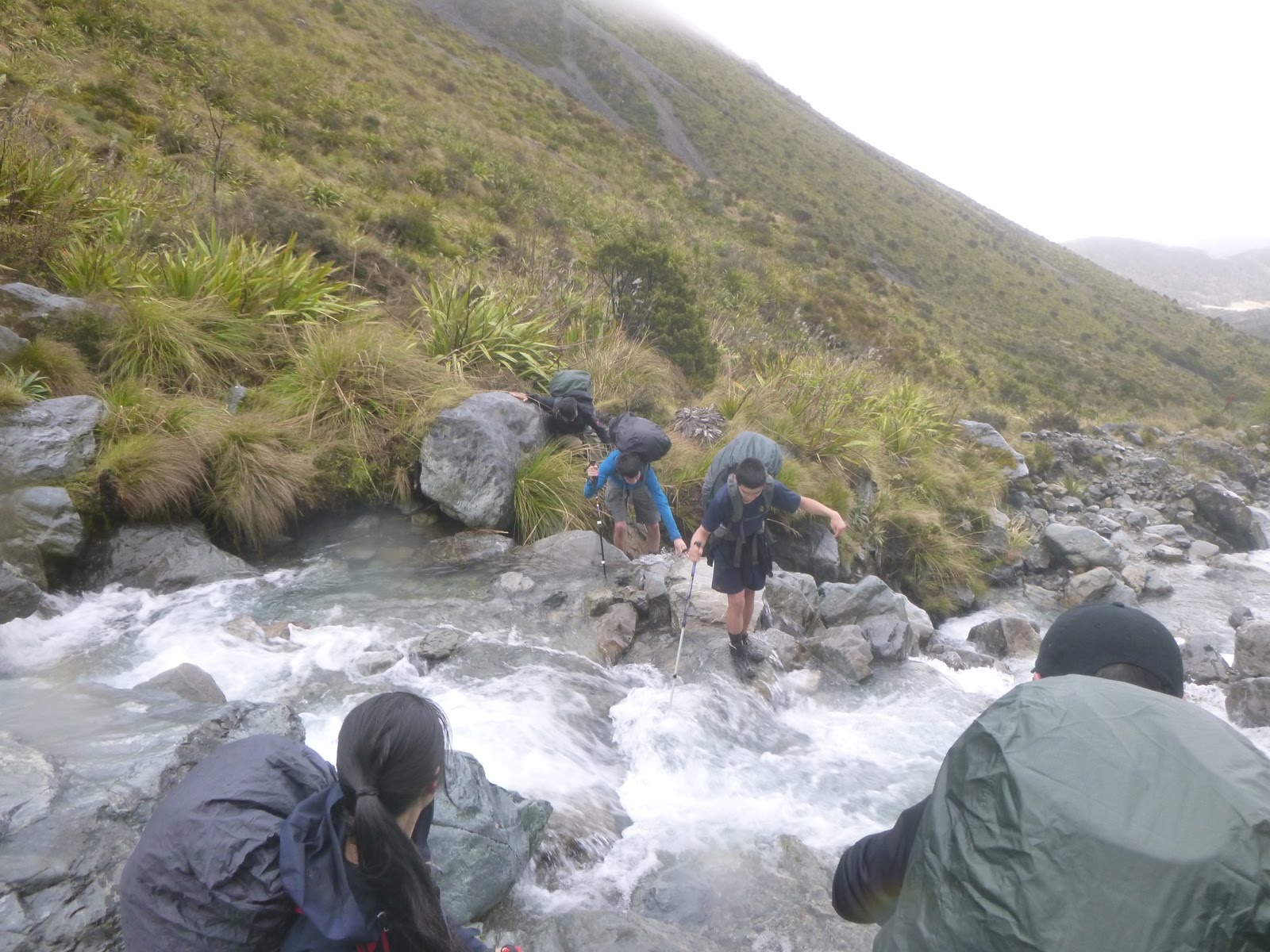 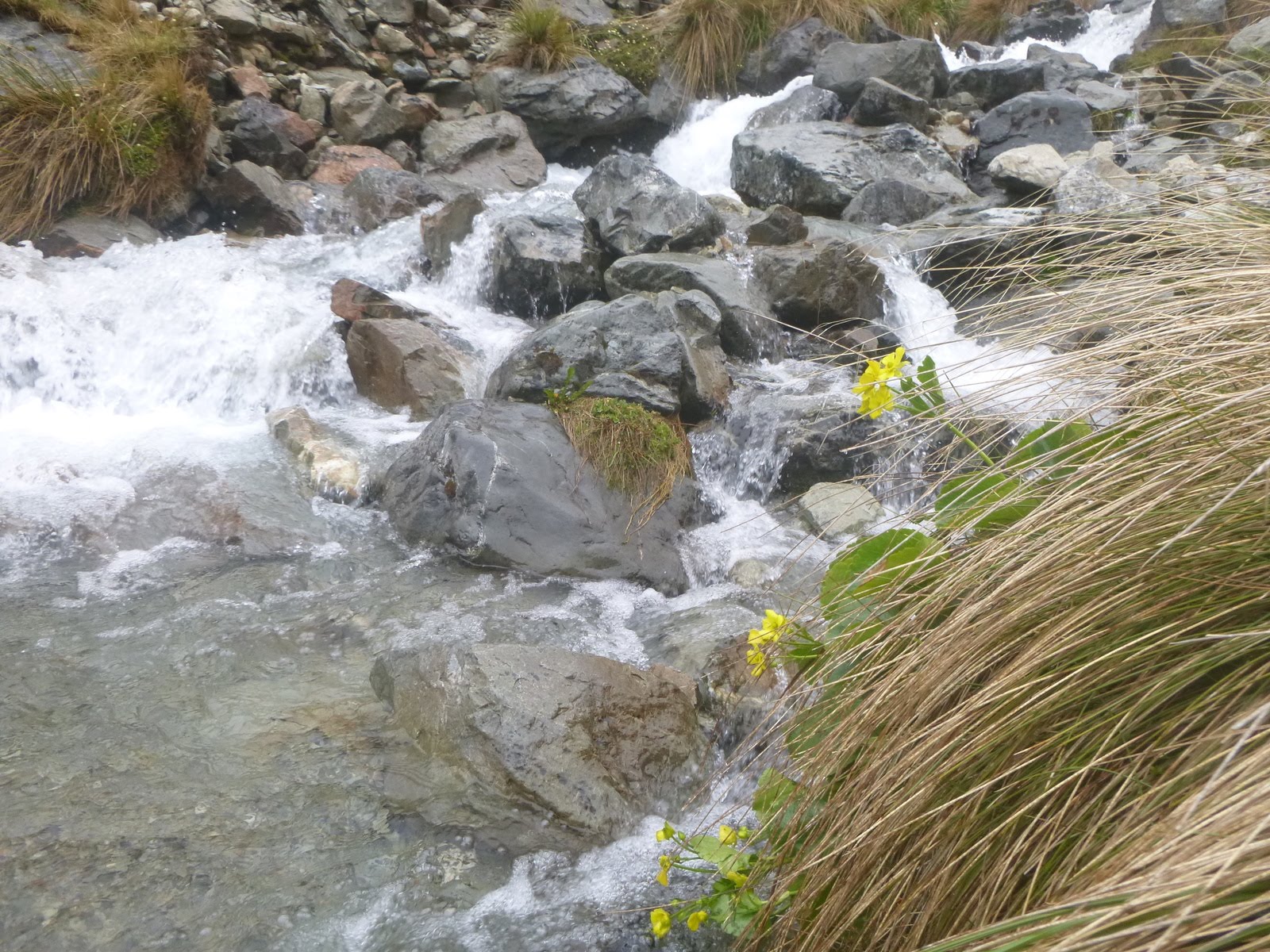 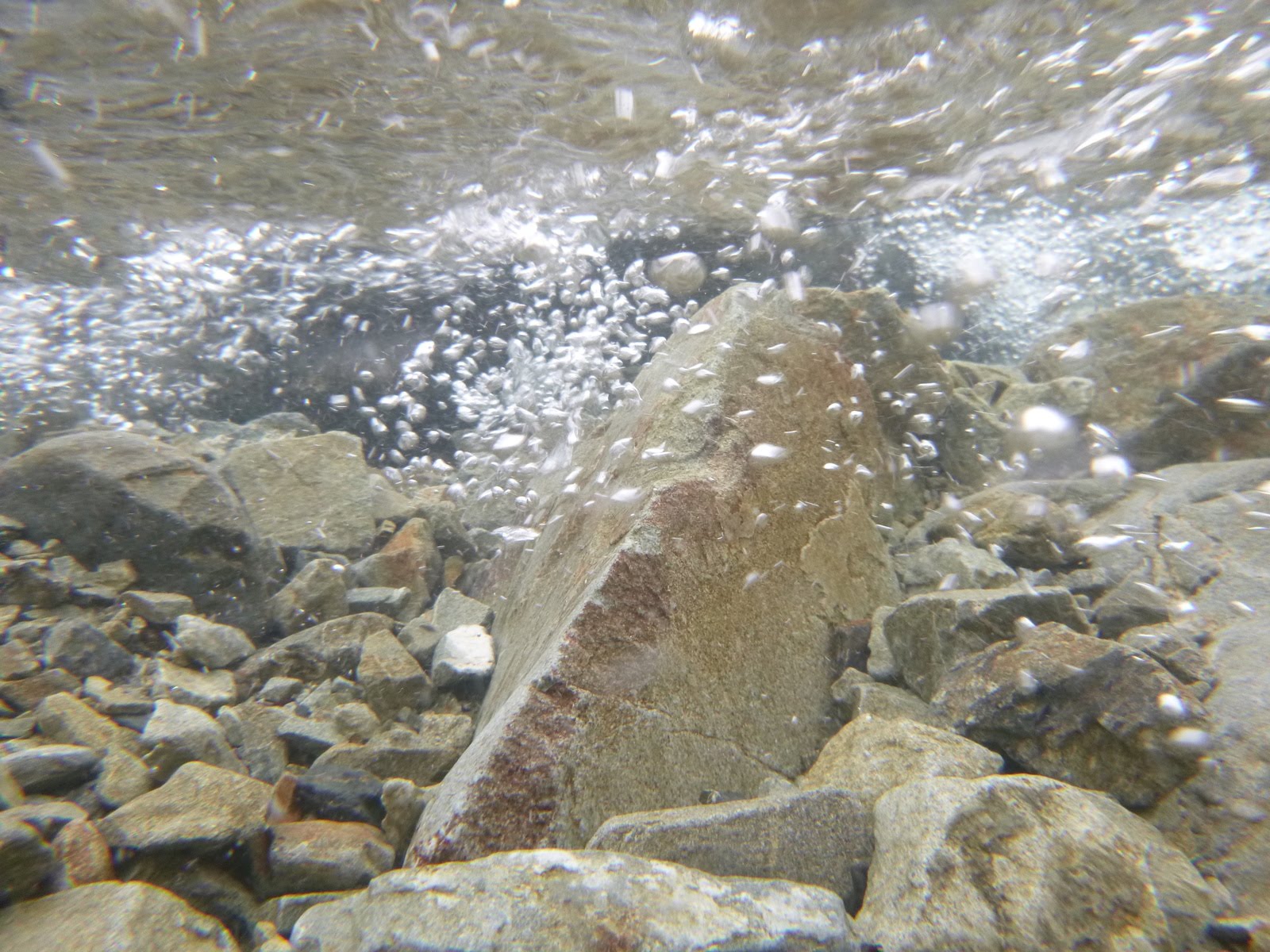 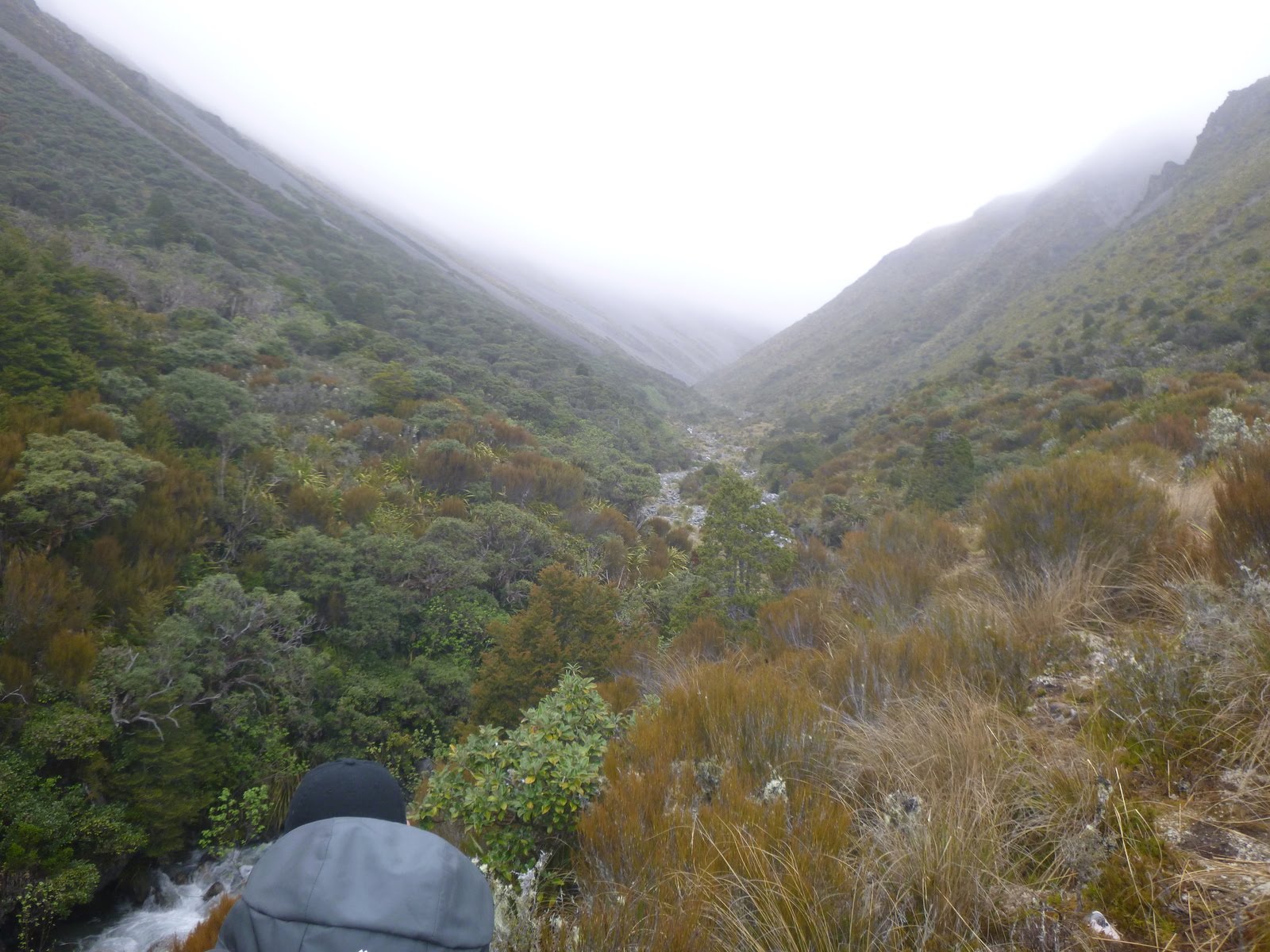 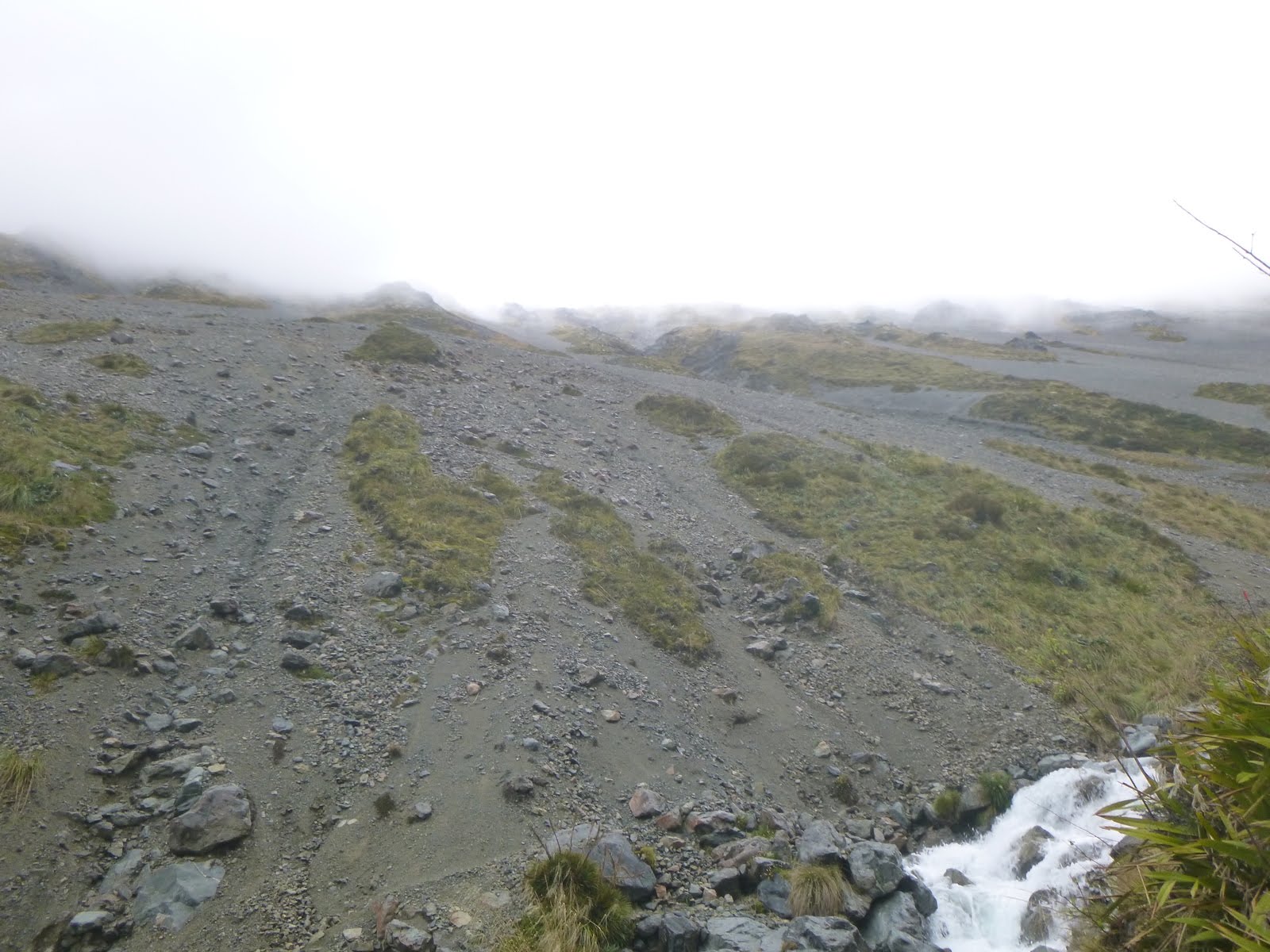 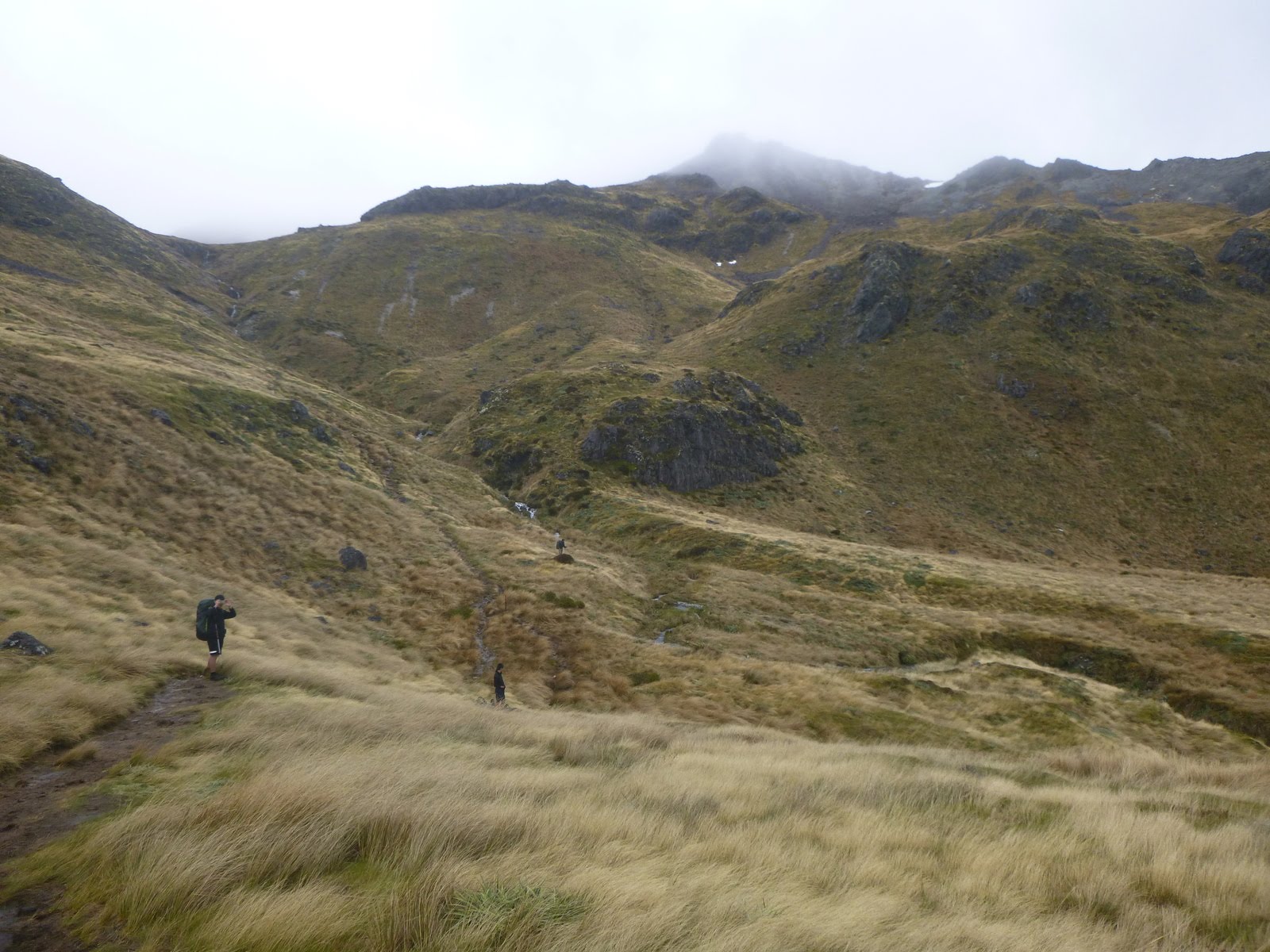 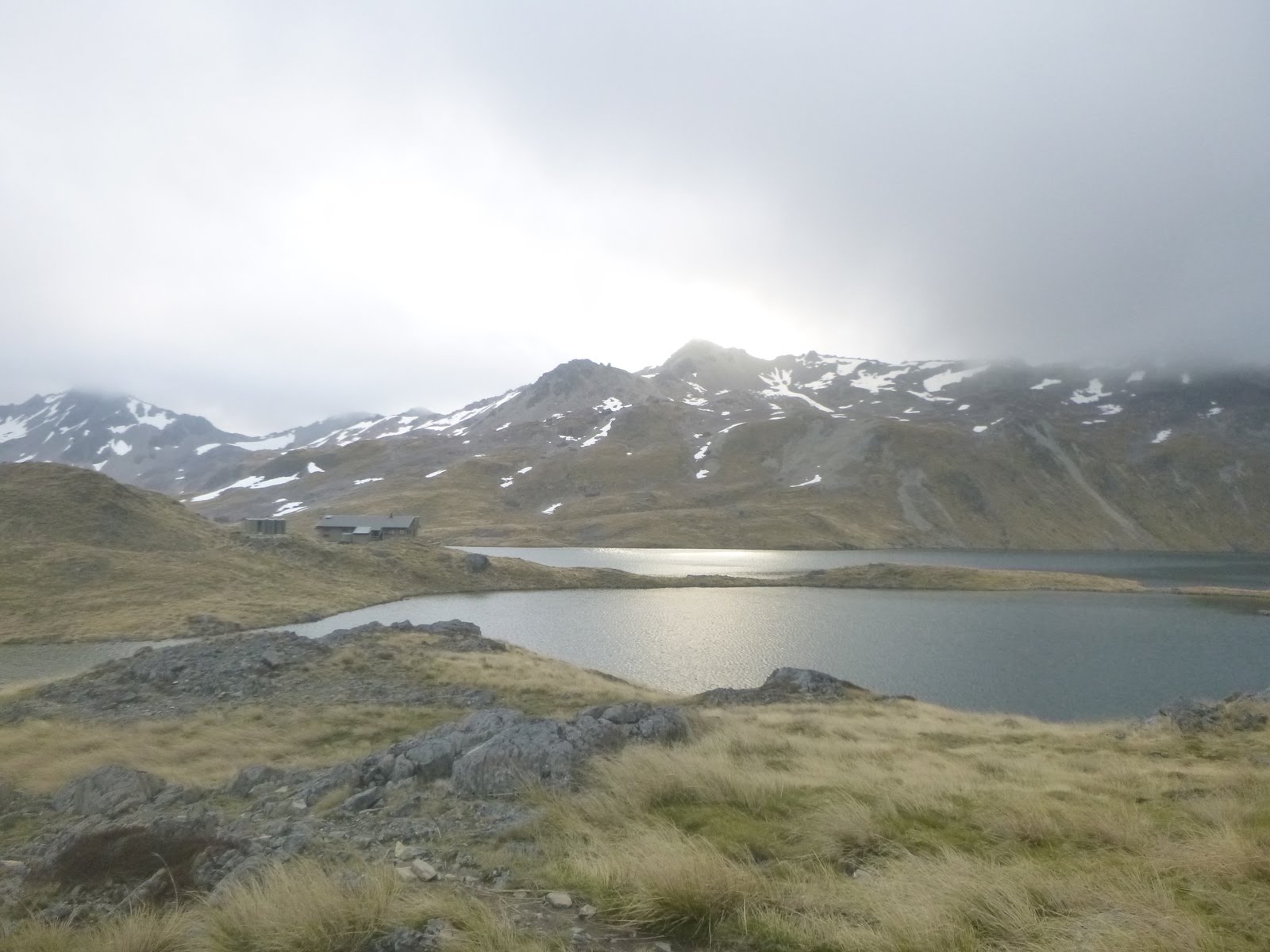 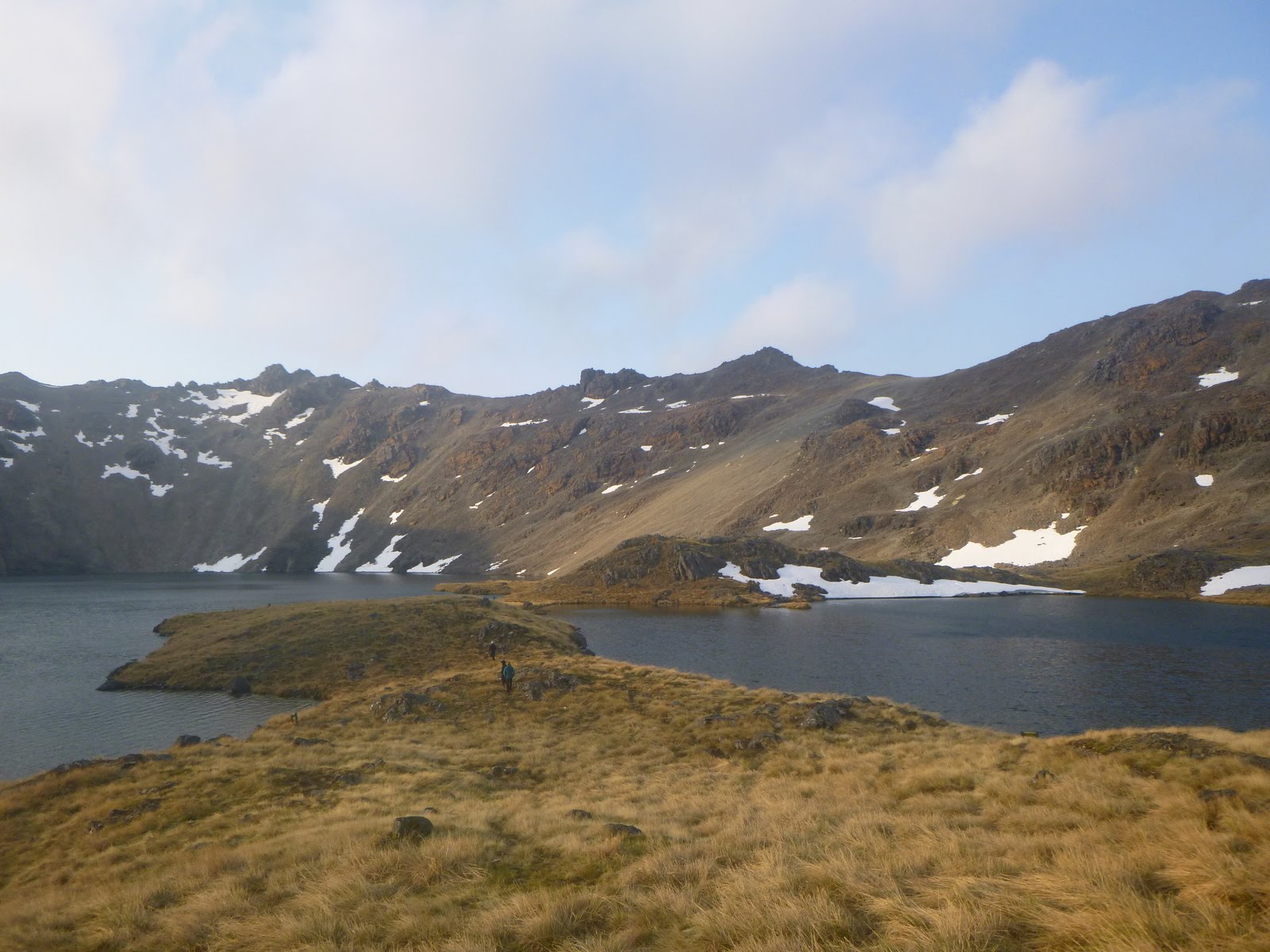 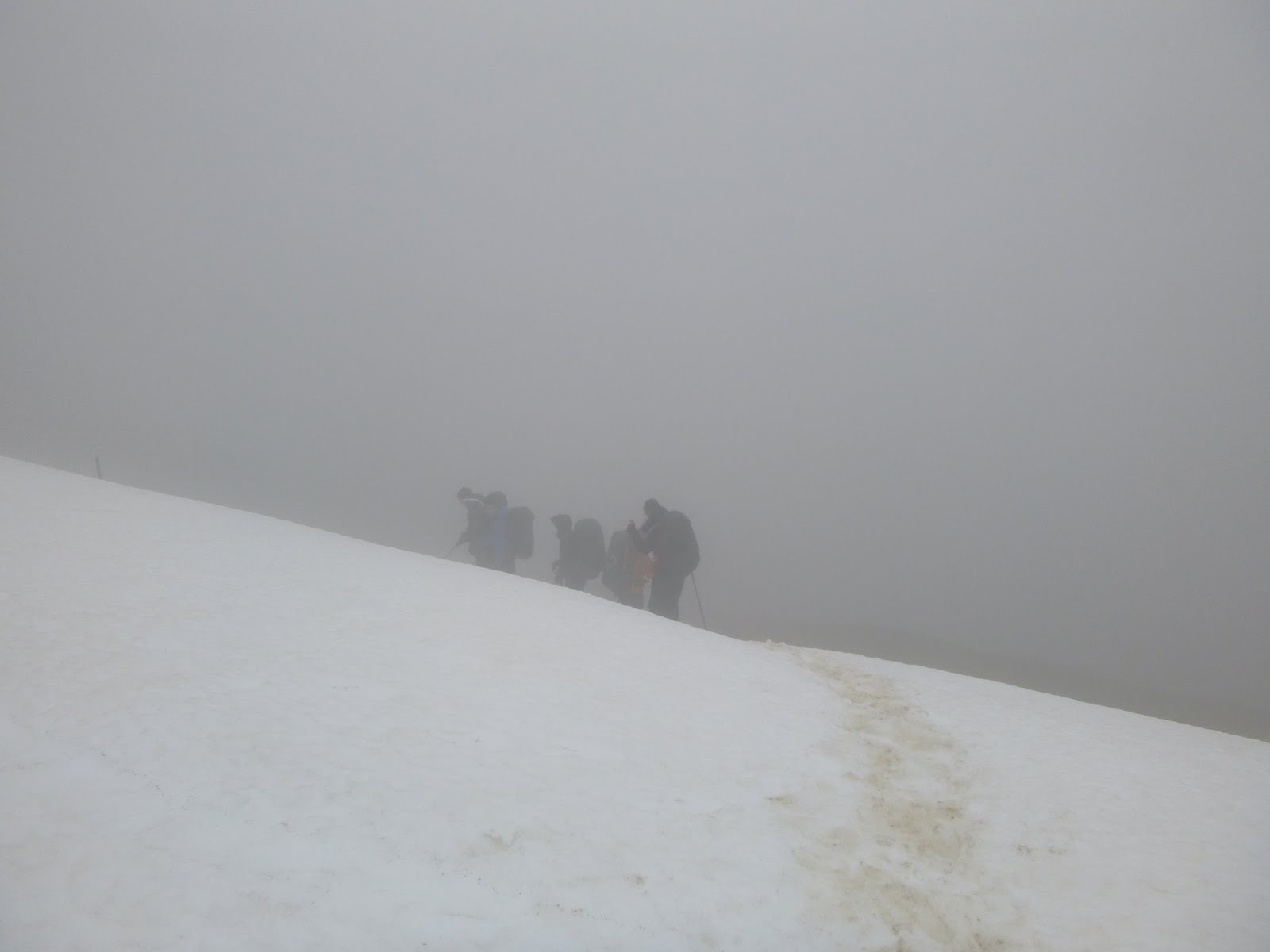 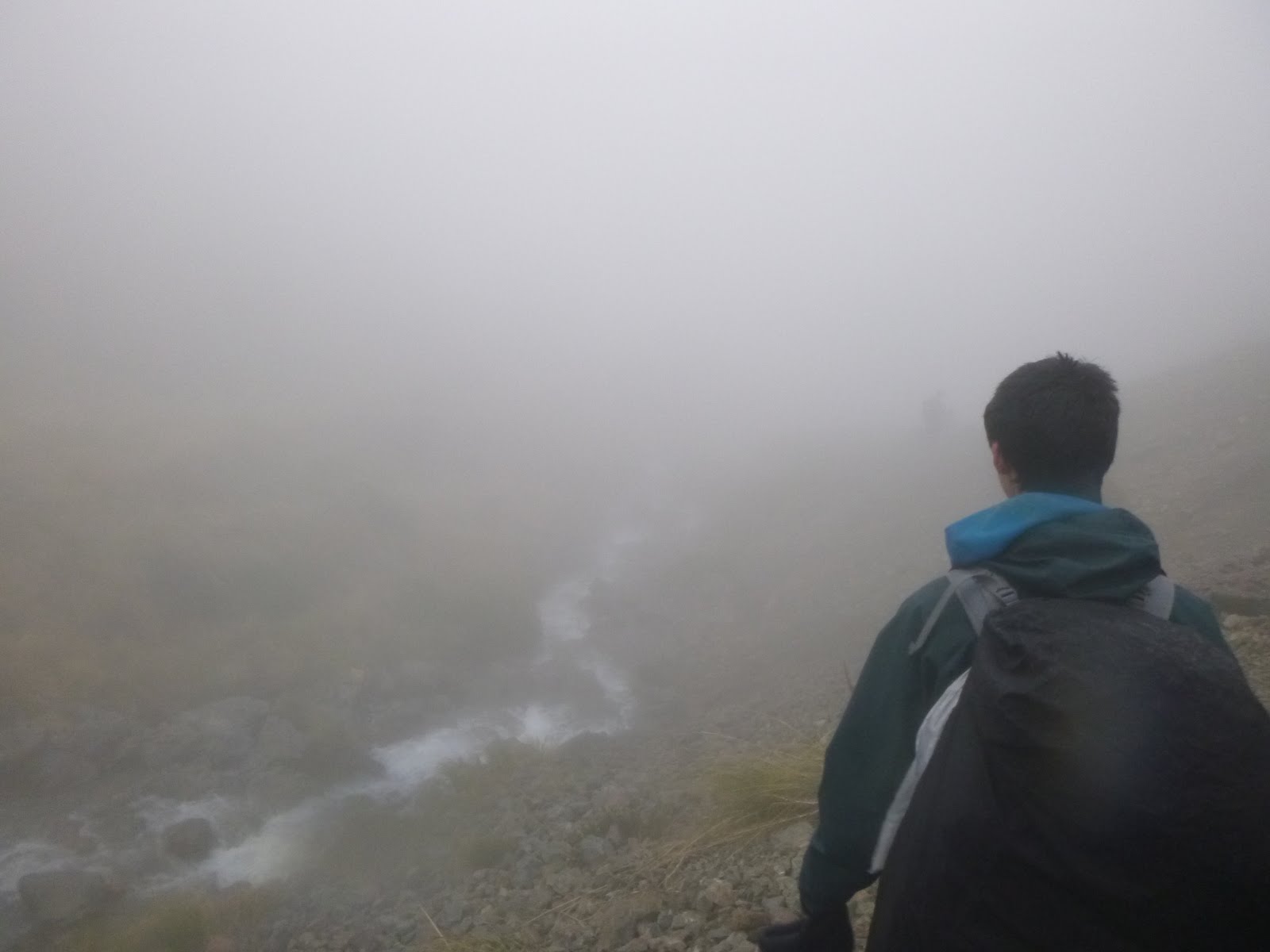 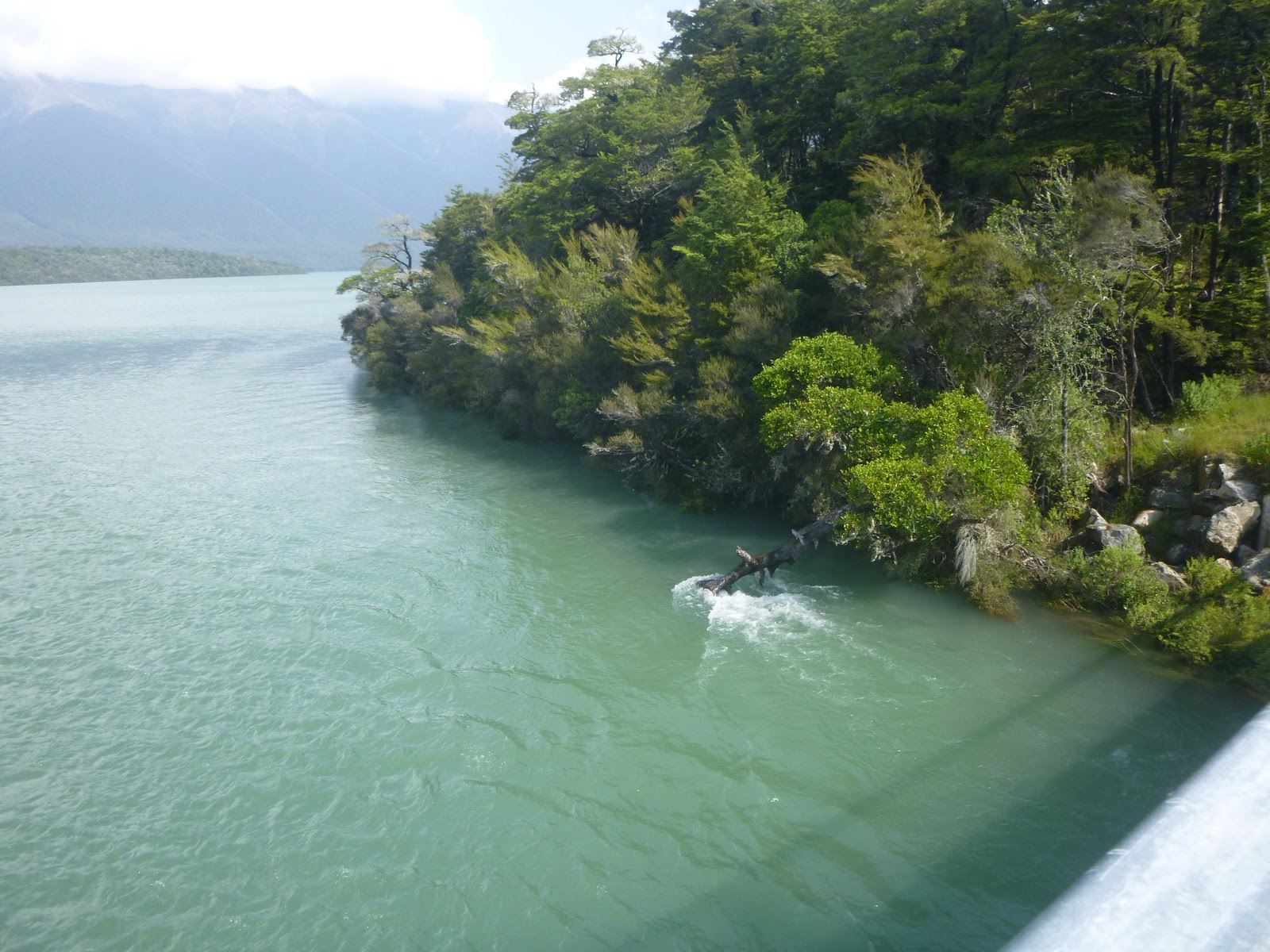