Last year's Pouakai Circuit tramp was good but I wanted to try again, hoping for better weather, and a friend had a day off and wanted to go on a short trip near Auckland, so I organised a group to walk the Pouakai Circuit again, Octobert 23-25 (Friday-Sunday).

Pouakai Hut is only 16 bunks and very popular, so I was worried it might be very full on Friday night (the day before Labour Weekend), so I decided to spend Friday night at Matekawa Hut, then walk around the mountain to Holly Hut for Saturday night, then either finish the circuit on Sunday or take the shorter track directly out to the visitor's centre. In the end we did finish the circuit, so we actually did "Pouakai Circuit plus Matekawa Hut".

On Friday we drove down from Auckland and had only a short walk to Matekawa Hut. The weather was a little bit drizzly but we had good views over the plains to the north and east of Mt Taranaki — including faint views of Mt Tongariro, Ngarahoe and Ruapehu —. Later in the evening the cloud over the mountain cleared and we got a good view of Mt Taranaki itself. We were the only people in the hut apart from one guy who walked up in the dark and arrived after we all were in bed!

On Saturday we got started reasonably early, leaving the hut around 8:20am even after cooking a decent breakfast. We walked up to Tahurangi Lodge, up "The Puffer", then west around the flank of the mountain to Holly Hut. Unfortunately the weather wasn't great, cloudy and drizzly and a bit windy too. Nevertheless the walk around the mountain was interesting, with some good views of waterfalls, lava cliffs and canyons in the mist. We got to Holly Hut in time for lunch and spent the rest of the afternoon watching people file in. As expected Holly Hut got pretty full; I think just about all the 32 bunks were taken, and there were several tents in the adjacent clearing. The weather improved a bit in the afternoon and we went out to the side track to Bell Falls, which is rather nice.

Yesterday we got going a bit earlier, around 8am. We crossed Ahukawakawa swamp and scooted up to Pouakai Hut in good time, taking only about 1.5 hours instead of the signposted 2.5 hours. The weather in the Pouakai tops was similar to the previous day — foggy, drizzly and a bit windy — so unfortunately we again didn't see much. Trampers at Pouakai Hut told us the hut had been incredibly full on Saturday night, more than 30 people in the 16 bunk hut, with people sleeping on floors, under bunks, etc. We pushed on to complete the circuit, walking over Henry Peak then down into the bush and out at the North Egmont road, with only a brief stop at Kaiauai Shelter for lunch, exiting around 2:30pm. The weather was overall significantly wetter than last year and the bush track yesterday afternoon was quite wet and muddy.

Overall the trip was a good workout and a lot of fun. We played Bang a fair bit, ate some good food and everyone said they enjoyed it despite the weather and the mud. I'm more determined than ever to go again when we can finally get some good weather and the great views that are possible! 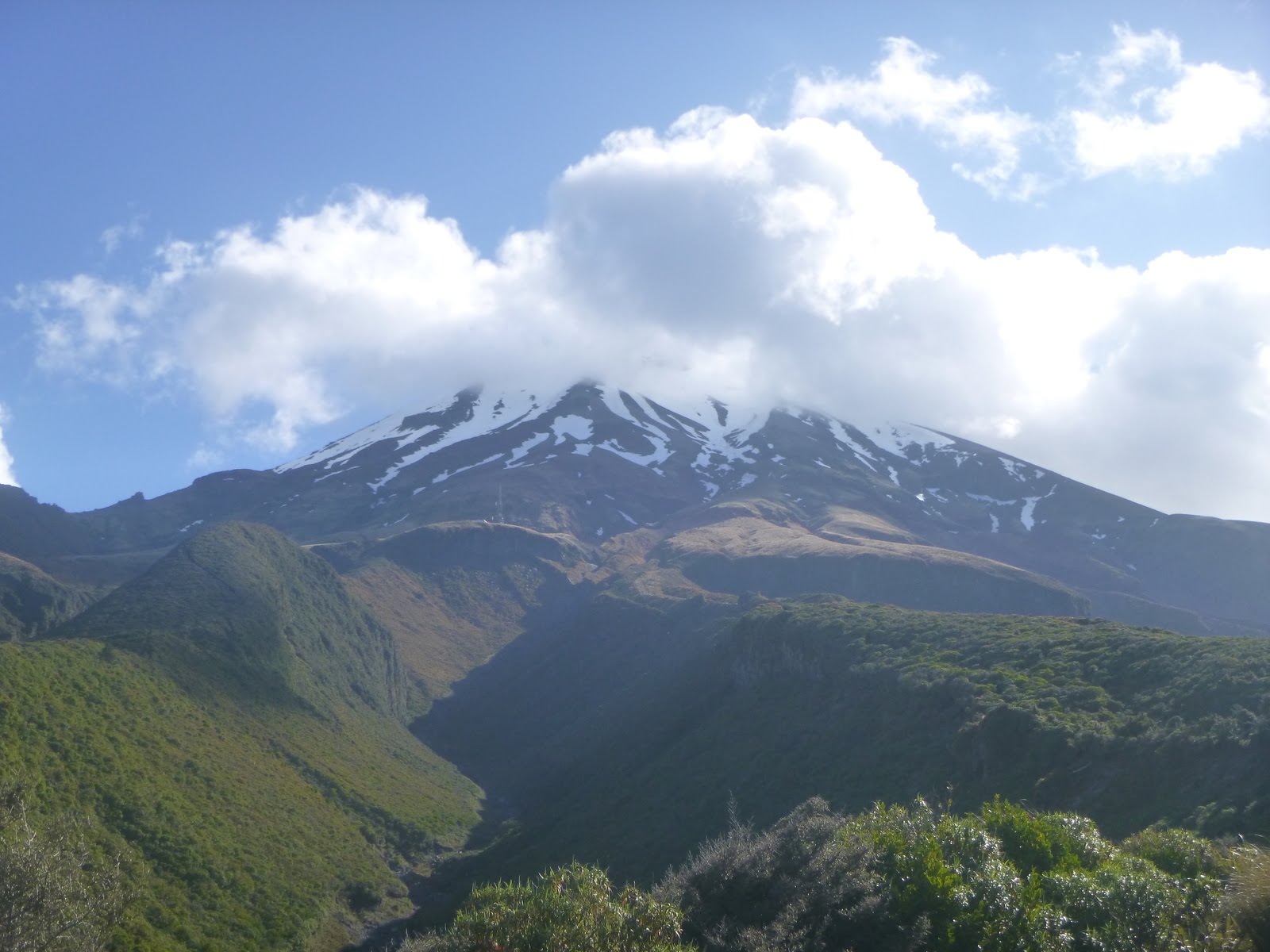 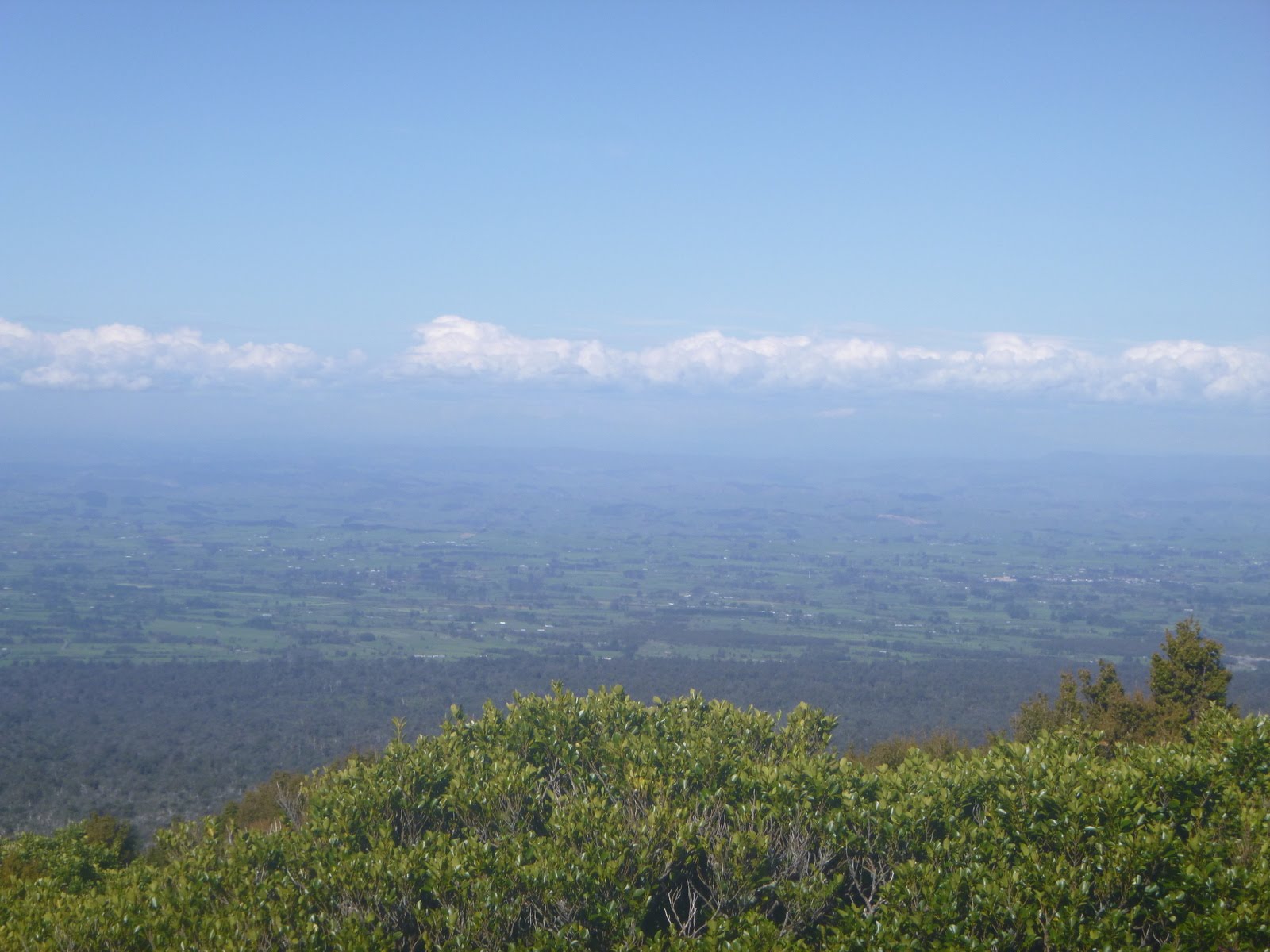 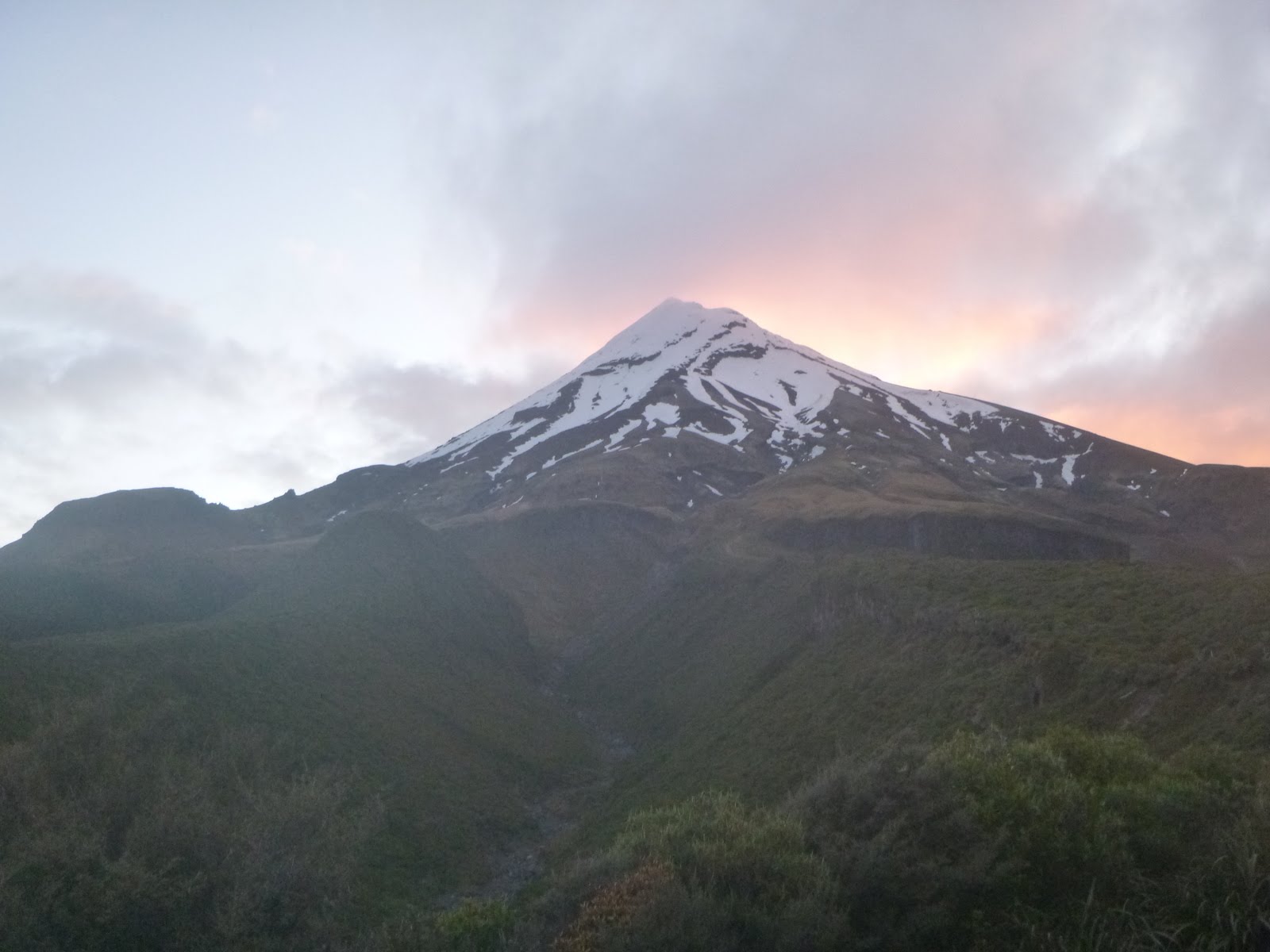 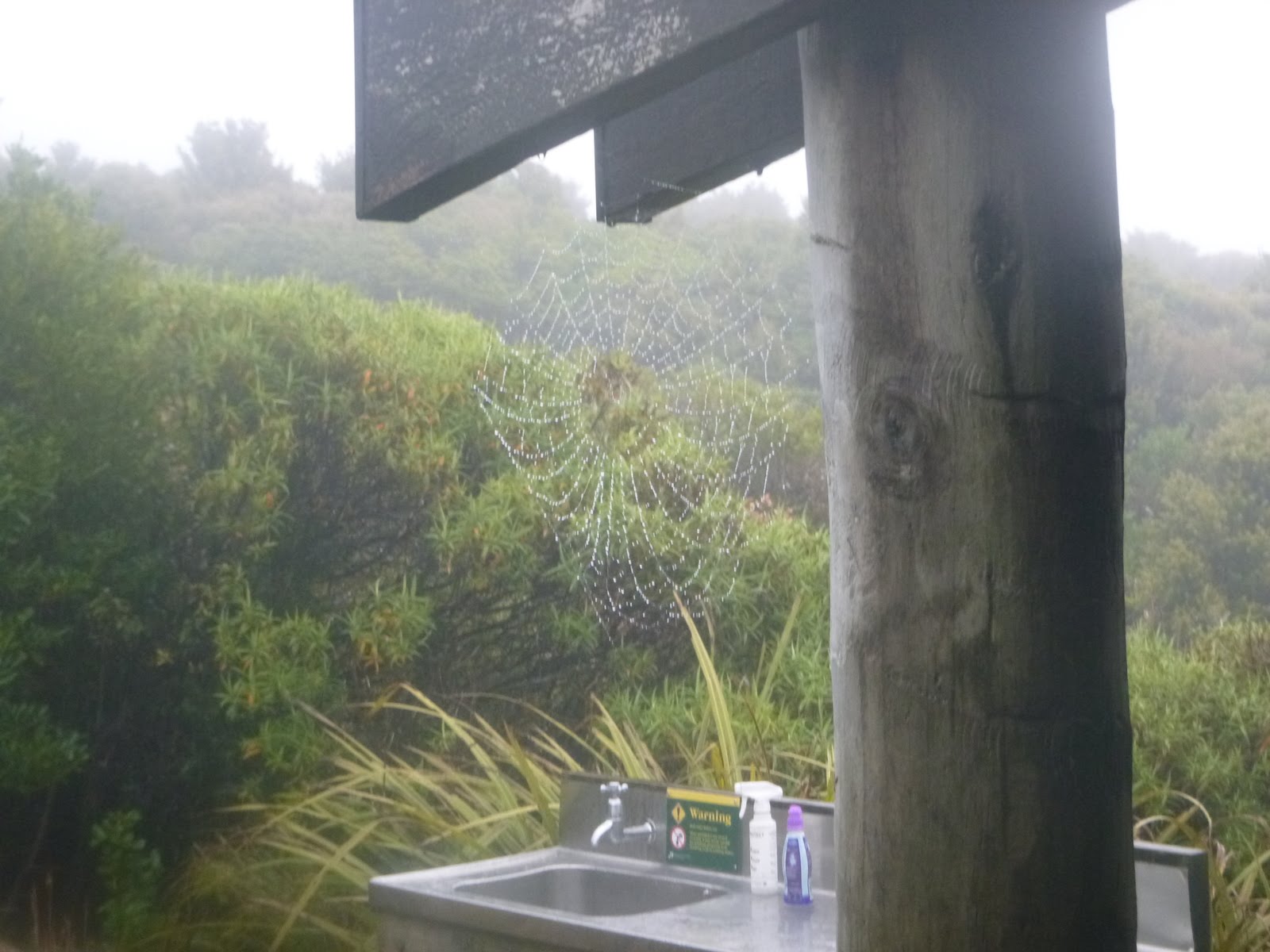 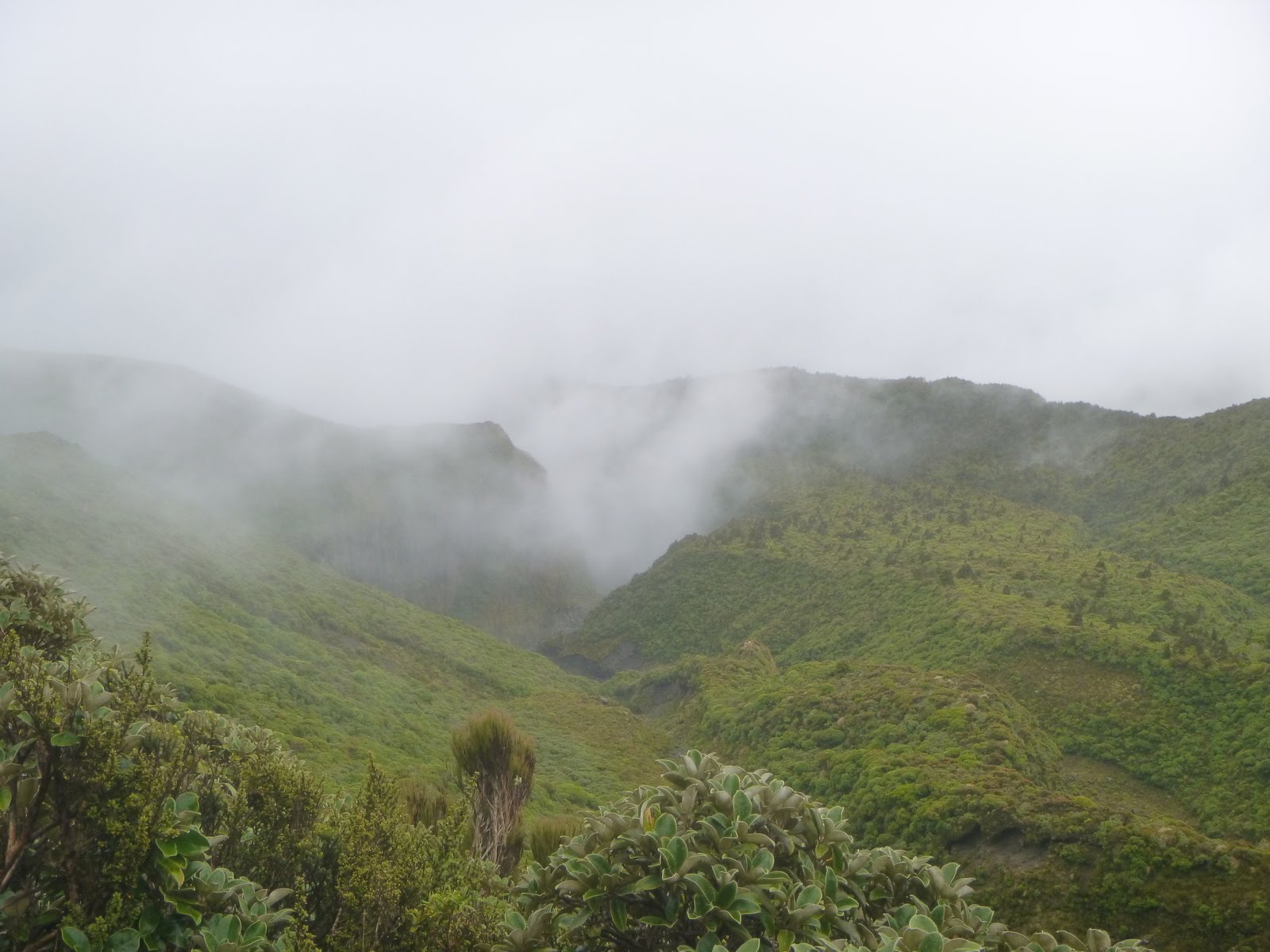 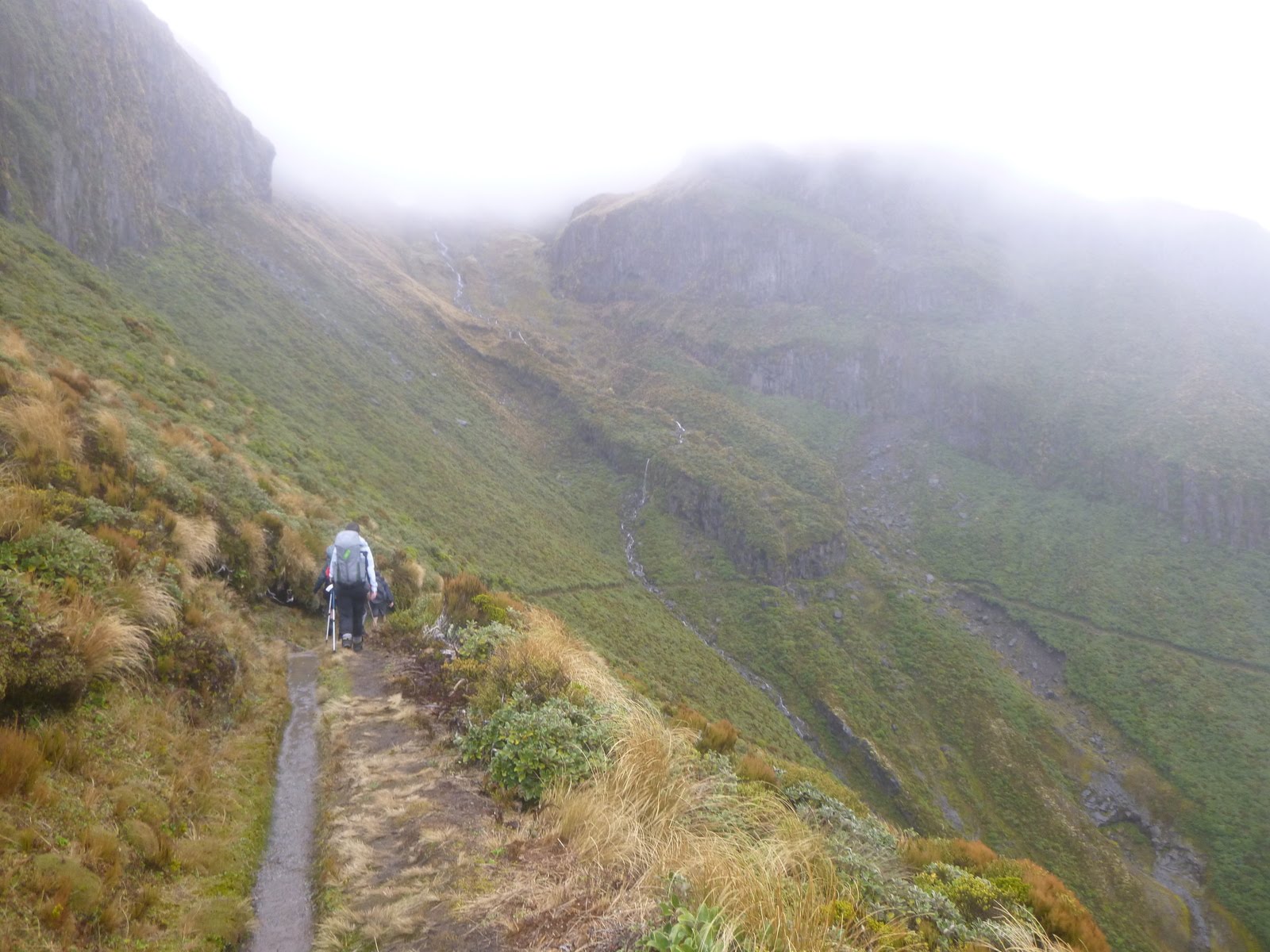 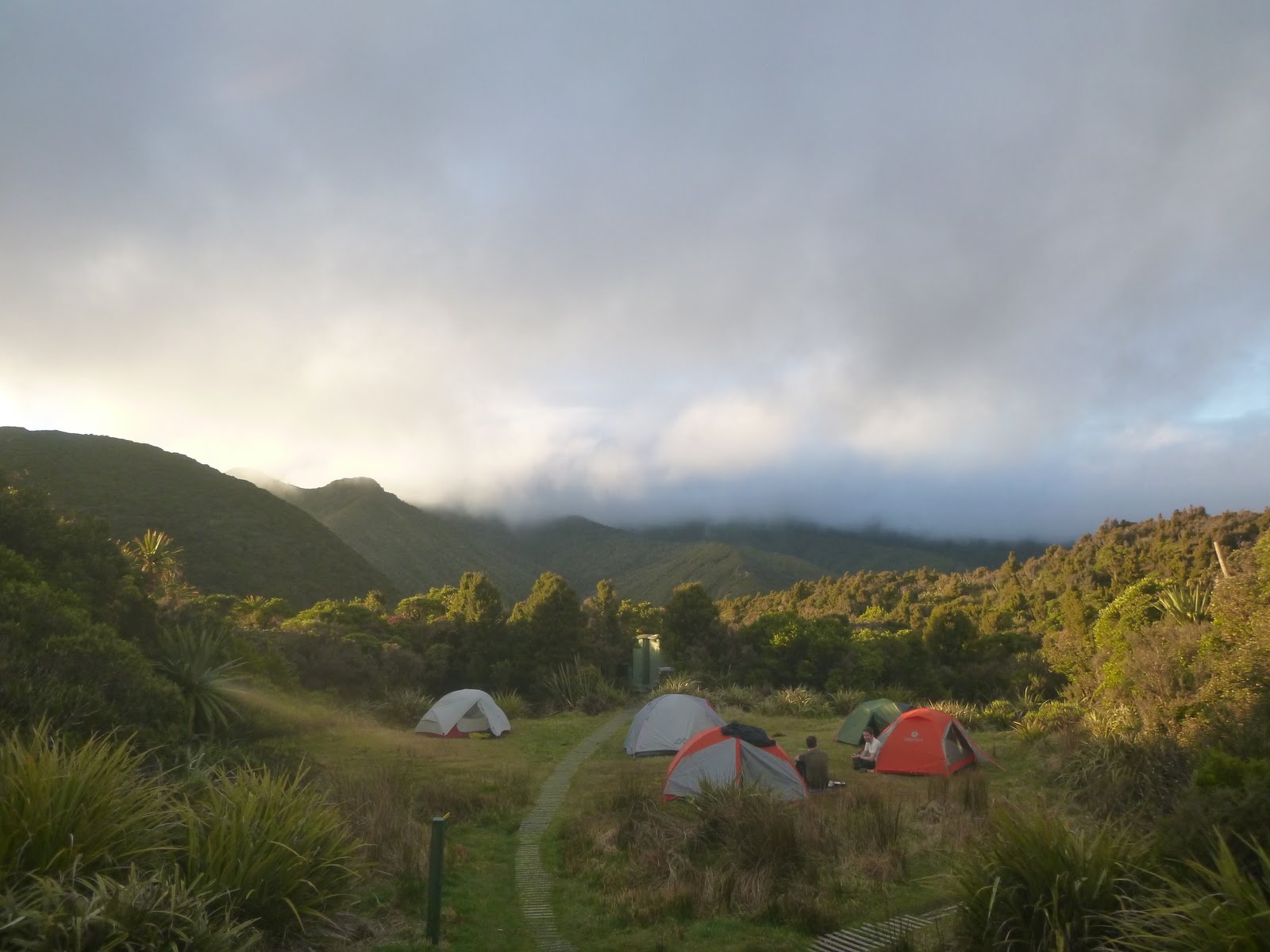 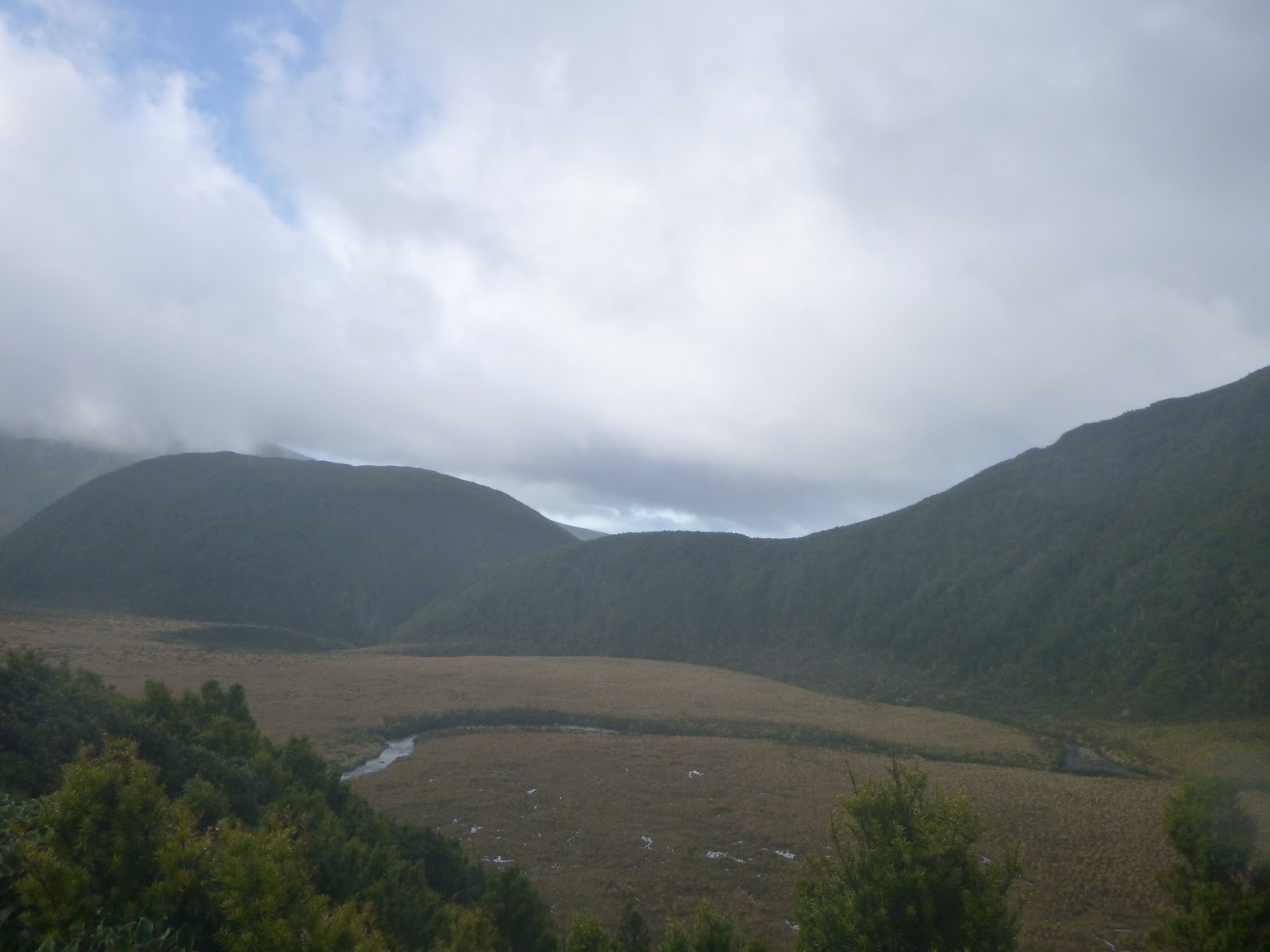 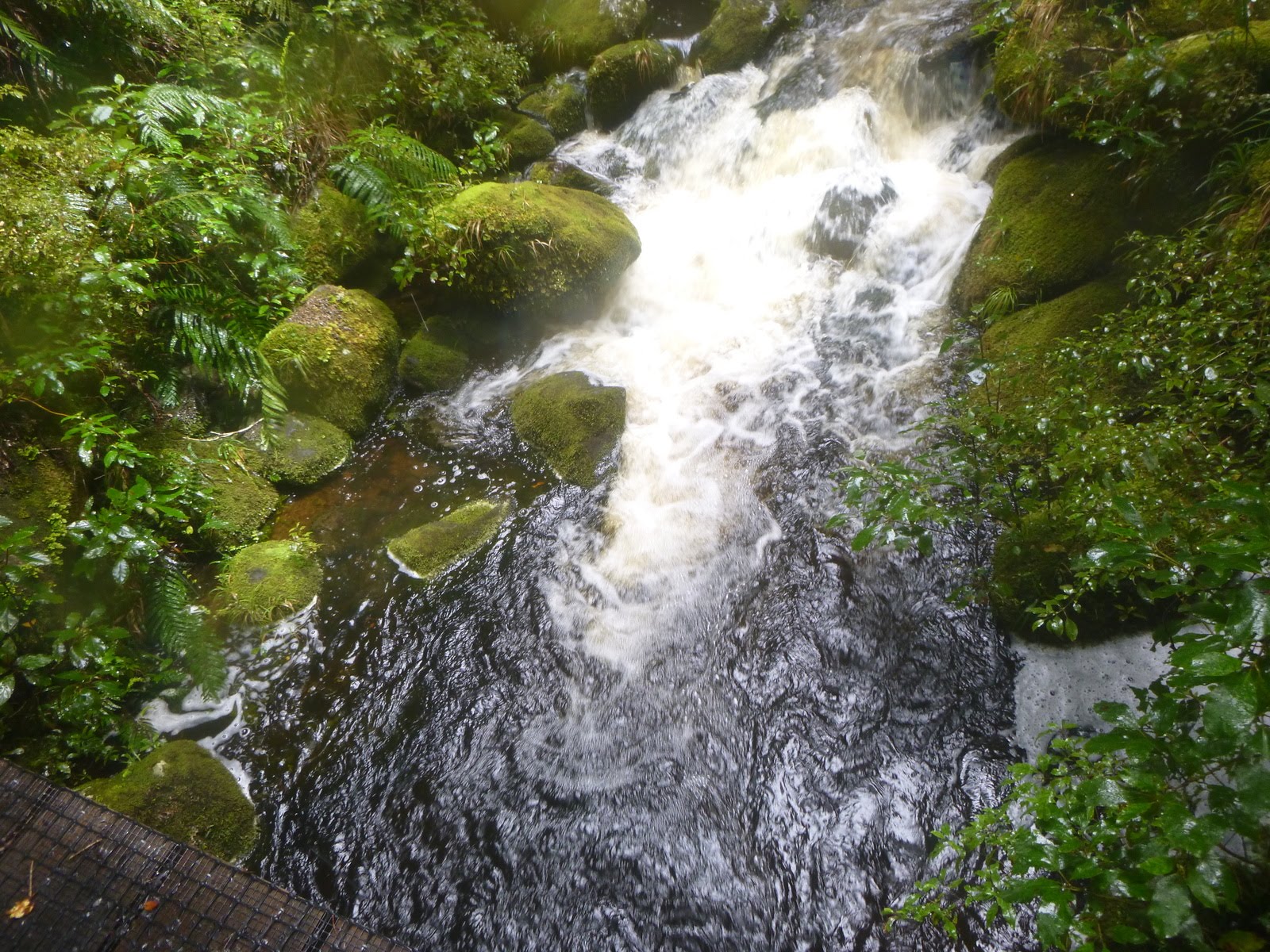 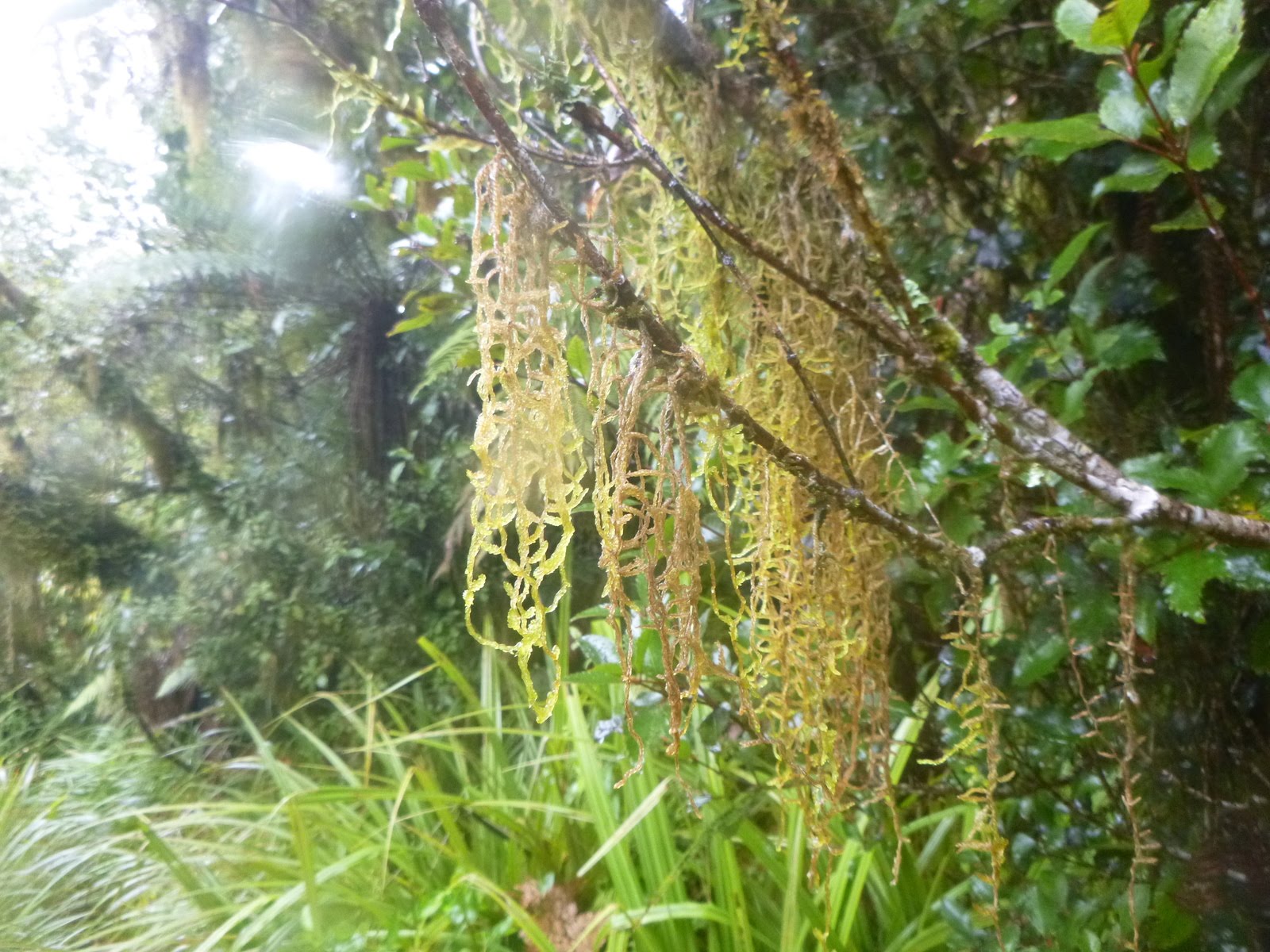