In the first part of our December tramping trip we did the Kepler Track "Great Walk" with a group of thirteen. Four of that group had a rest day in Queenstown and then, joined by two others, did the Rees-Dart Track December 10-14. This was the first time I've done this track. I chose it because it's the only major track in the Queenstown region that I haven't done. As expected, it's more difficult than any of the Great Walks, but it was amazing!

I originally planned to start in the Rees valley and end in the Dart valley because that's the direction described on the DoC site. DoC staff in Queenstown suggested the reverse direction might be a little better (better views looking up the Dart valley, going up instead of down the steep slope to Dart Hut), and also the weather forecast was for poor weather on December 11, when we'd be crossing the Rees Saddle from the Rees side. However the shuttle company wasn't willing to switch our booking at the last minute so we stuck with starting in the Rees valley. As we shall see this was probably for the best...

So in the morning of the 10th a van picked us up in Queenstown and took us to Glenorchy, with marvellous views along Lake Wakatipu, and there we switched to another van to take us all the way to Muddy Creek where the track officially starts. The driver offered to take us a couple of kilometres further on; a few of us got out so we would walk "the whole track", but the rest took the offer (and took our packs too!).

That first day's walk up the Rees valley was wonderful. The weather was warm and clear. The track through the open land off Rees Station is a bit boggy in places; we noticed some pack-rafters walking up the riverbed instead, but without local knowledge we thought it best to stick to the marked track. There were incredible views as we skirted the flanks of Mt Earnslaw. After a few hours we reached the park boundary and were into the bush, but the track was still easy going. After a while we emerged into clearings with marvellous views of snowcapped peaks and waterfalls all around. This was true for the entire tramp actually so I'm just going to stop mentioning them! We got to Shelter Rock Hut in about six hours, feeling good.

There were five other trampers at Shelter Rock Hut, all heading in the opposite direction to us, i.e. out to the car park the next day. I enjoyed talking to them; two were from Singapore, on working-holiday visas that were extended by several months due to COVID. One of the other three was a volunteer hut maintainer with lots of interesting information to share. As it turned out these were the last trampers we'd be staying with on the entire trip! Before we went to Queenstown I had expected the track to be a lot busier, because I'd met a couple of random people planning to do the Rees-Dart in December, but either that was a fluke or we were early enough in December to beat the rush.

It rained during the night but the next day dawned clear, which was good news as we planned to cross the Rees Saddle. However, just as we were about to leave the hut, it clouded over and snow started to fall! There was a forecast for morning snow to 1200m, but we were at 900m. It wasn't just flurries; the snow thickened and almost immediately started to accumulate as we headed off up the valley. It was lovely, especially for those in our group who hadn't been in snowfall before, but after an hour we were nearing the head of the valley, snow was still falling and there were a couple of inches on the ground. I was seriously wondering about crossing the saddle that day: certainly it would not be ideal to cross a mountain pass with snow falling, given we had no alpine gear and very little experience tramping in snow, and some people had neglected to bring some of the wet-weather gear I had asked for. On the other hand, the (day-old at this point) forecast was for snow to stop before midday and for the temperature to rise during the day, and in fact it was already reasonably warm and there was little wind, so we should not encounter ice. Plus of course we always had the option of turning back, and for worst-case scenarios I always carry an emergency locator beacon.

In fact as we got near the head of the valley the snow did stop falling and the sky cleared, leaving us in a snowy wonderland and making it a fairly easy decision to proceed at least to the top of the saddle and see the condition of the rest of the route. The last climb up to the saddle was a bit tricky but not really a problem. The view at the saddle was incredible. After a long lunch break we carried on down alongside Snowy Creek, and reached Dart Hut a bit later than anticipated but having had a truly exhilarating day.

At this point we discovered one of our group's boot was coming apart. Fortunately, there was a DoC hut warden staying at Dart Hut that night, and he did a great job patching the boot up with fencing wire! That repair lasted for over a day; later we had to resort to wrapping the boot in duct-tape to hold it together for the rest of the trip. A roll of duct-tape is another item I always bring on overnight tramps.

Our third day had brilliant fine weather, as indeed we had for the rest of the trip. As planned we used this day for a day trip up to the end of Dart Valley and then Cascade Saddle. It's a fairly long walk — it took us nine hours, leaving at 9:30am and returning at 6:30pm — but we were able to leave most of our gear at Dart Hut and the walk was truly outstanding. You walk up to where the Dart River emerges from the Dart Glacier, and get incredible views of the glacier and surrounding peaks as you climb up to the saddle. The view from the saddle itself across Matukituki Valley and Mt Aspiring National Park is awe-inspiring; our group was literally gasping "oh oh OH!" as we arrived.

This was the longest day of our trip and in some ways the hardest. The track is well-cairned except for one stretch crossing a slope of broken schist, but we got across that OK (and it was much easier to go back down than I feared). It was hot but water wasn't a problem since there are little streams everywhere (all drinkable) — even up on the saddle itself!

I think this was also the day when we finally got all our group members playing Bang. (And liking it!)

Day four was a relatively simple walk for six-ish hours down the Dart valley to Daley Flat Hut. I made it unnecessarily hard for myself by not packing my pack properly so it was top-heavy, and for that and a few other niggly reasons I was a little bit grumpy — sorry team! We passed a handful of trampers going the other way but Daley Flat Hut was unoccupied. There were some sandflies inside the hut but after we eliminated them we had a pleasant afternoon. Given it was a hot day we thought we'd try bathing in a pool by the Dart River ... unsurprisingly we could only stand the water very briefly, since it was literally glacial runoff.

That night some of our group got up at 2am to see the stars and the Geminid meteor shower. I wasn't one of them but apparently it was incredibly impressive — minimal light pollution out there!

Our last day was another relatively easy walk to the trail end at the Chinaman's Bluff car park. The track skirts the Sandy Flat area of Dart River which is an amazing lake. We started at 7am to be sure to make our pickup at 2pm, but only took a little over five hours in the end.

Given that the snow turned out to be a big win, I'd say in many ways this is the best tramp I've ever done. Getting all the way to Cascade Saddle is certainly a challenge but definitely a goal worth aiming for if you can get fit for it! 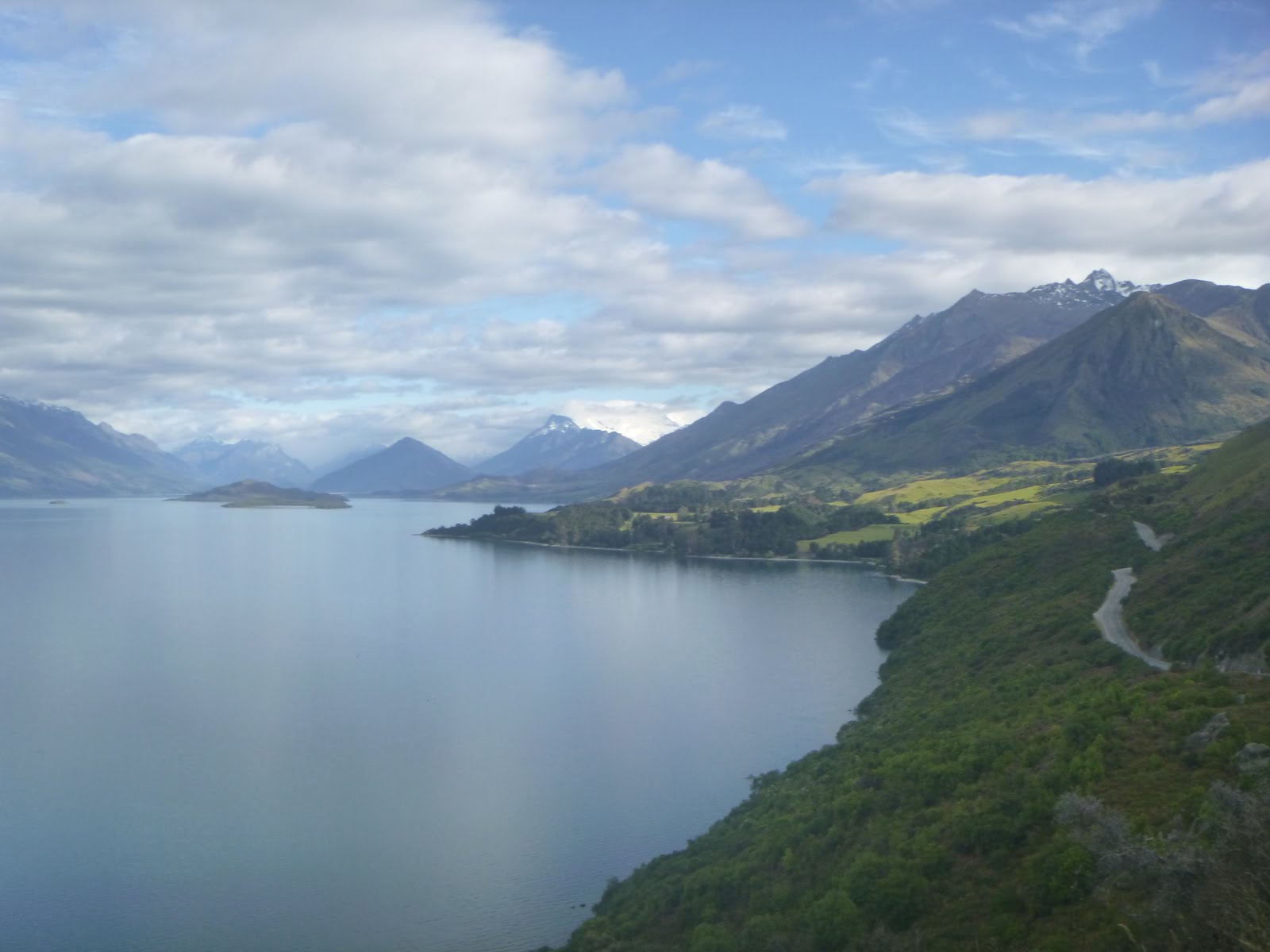 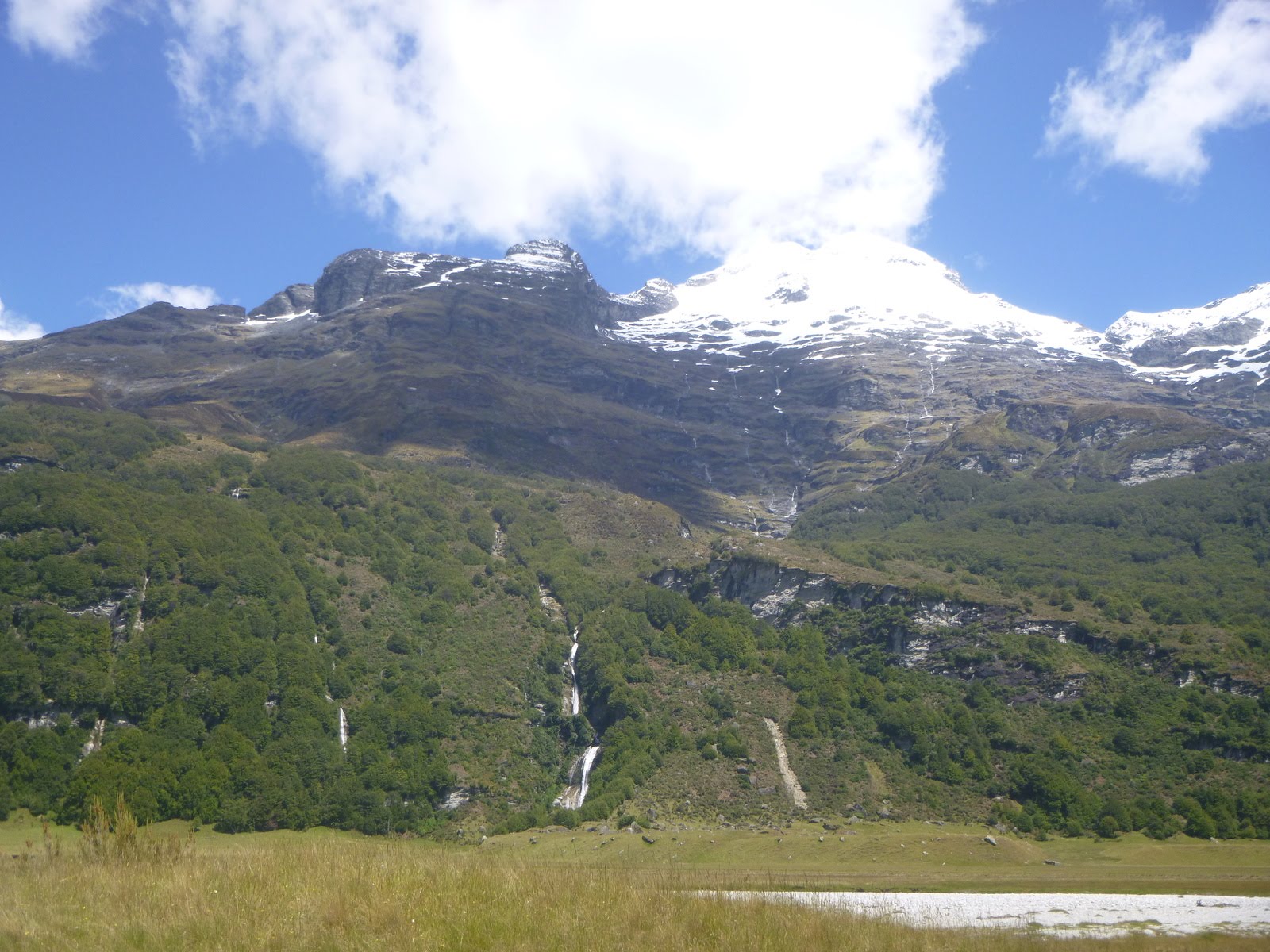 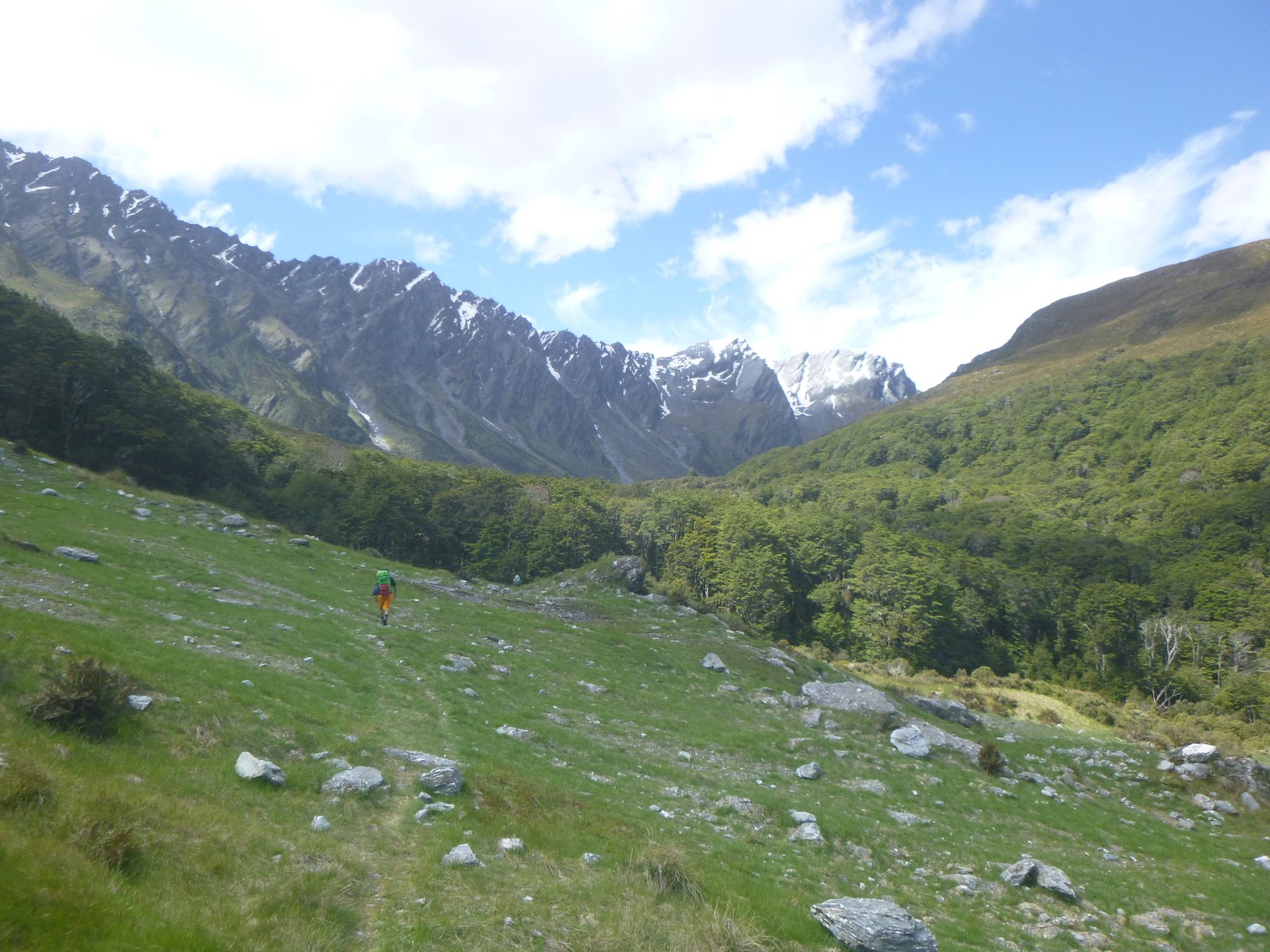 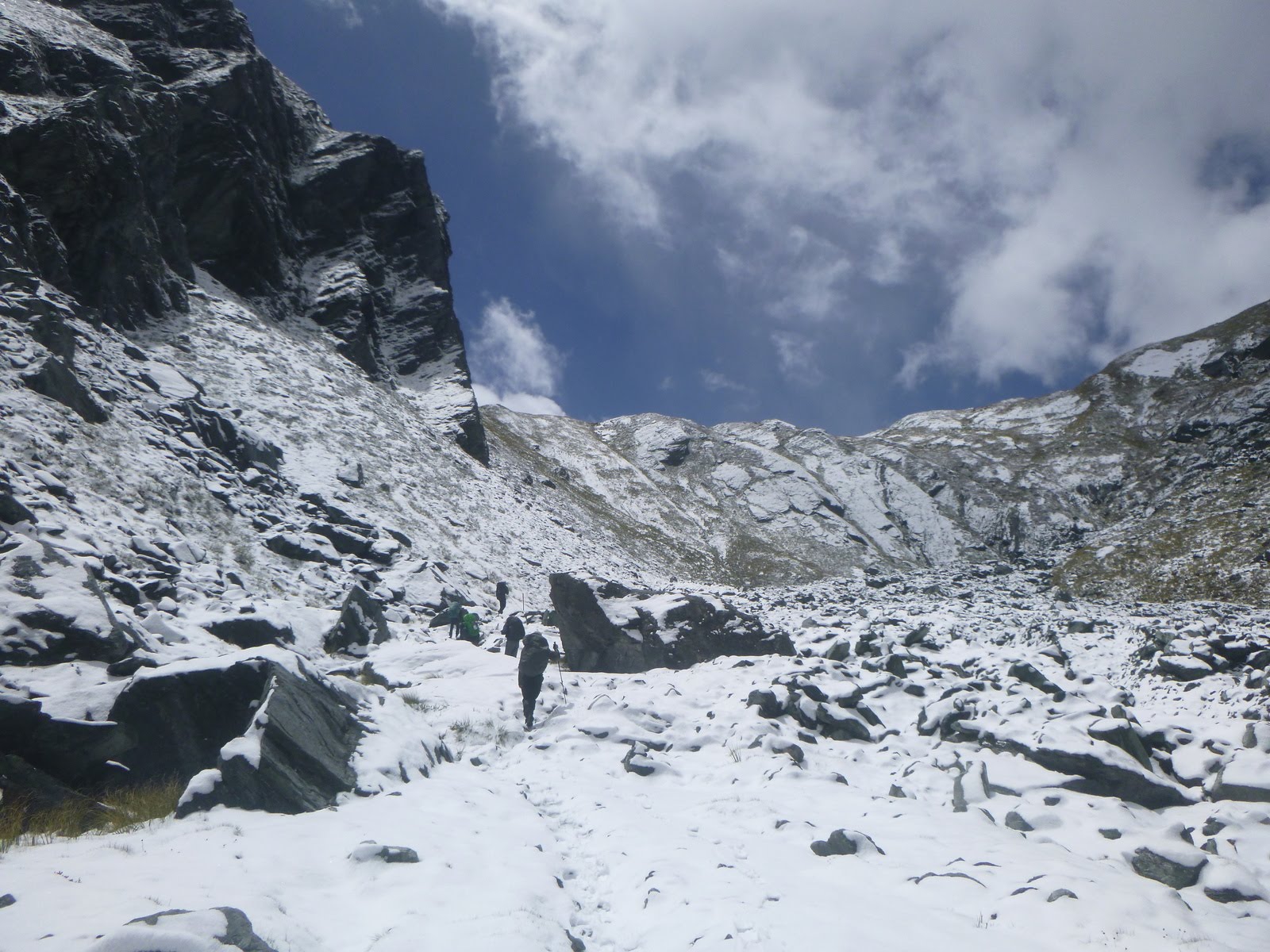 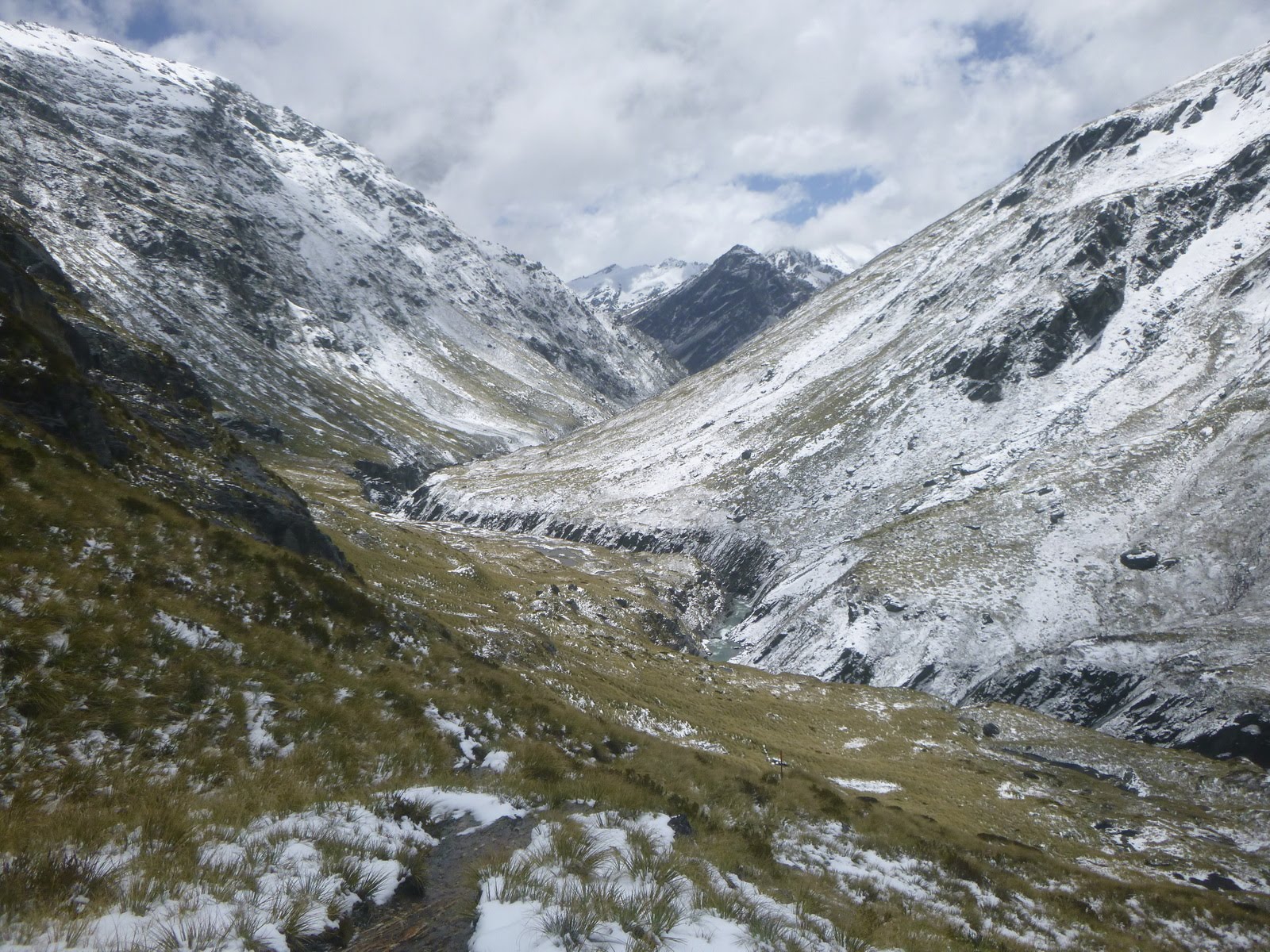 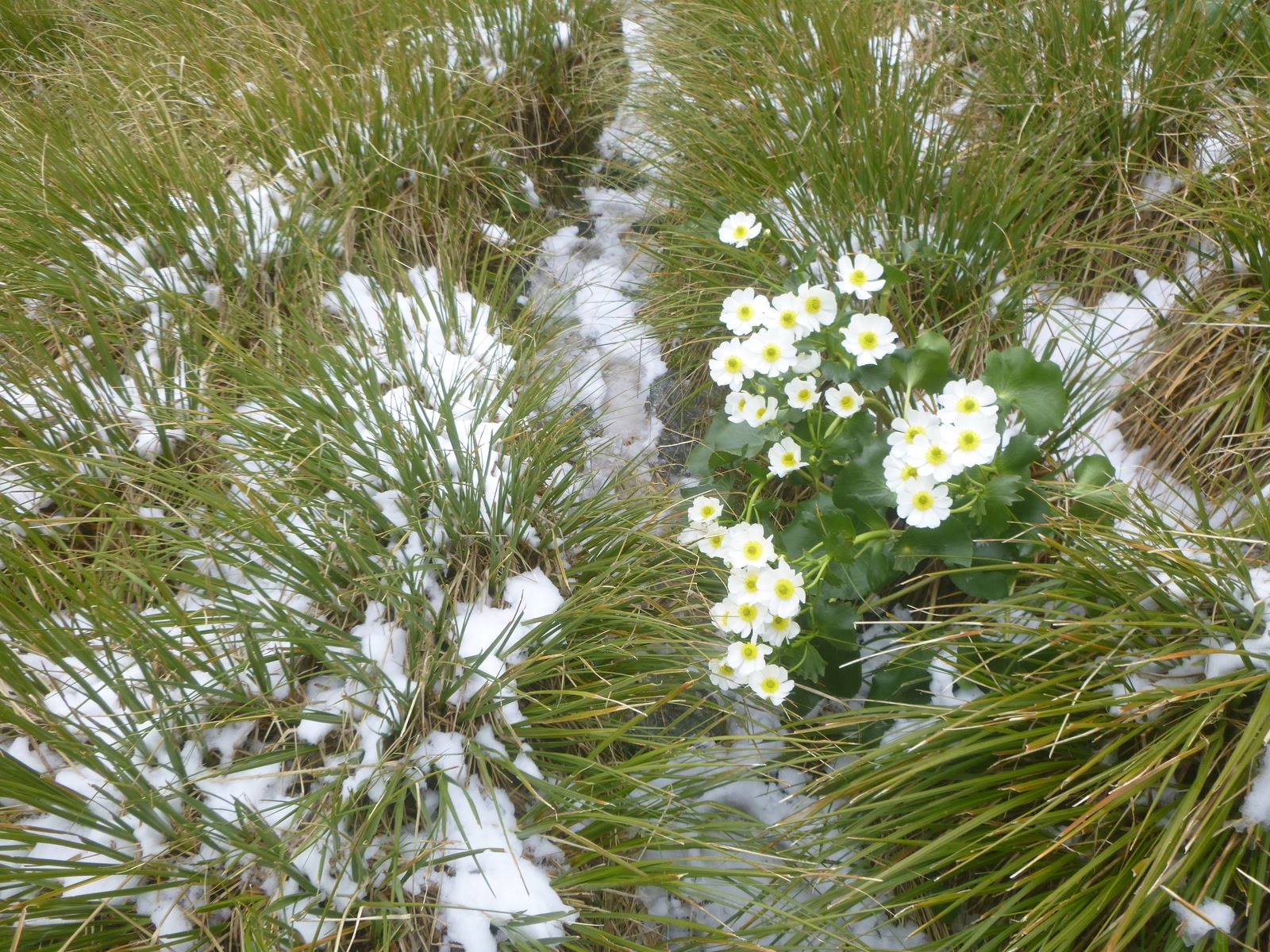 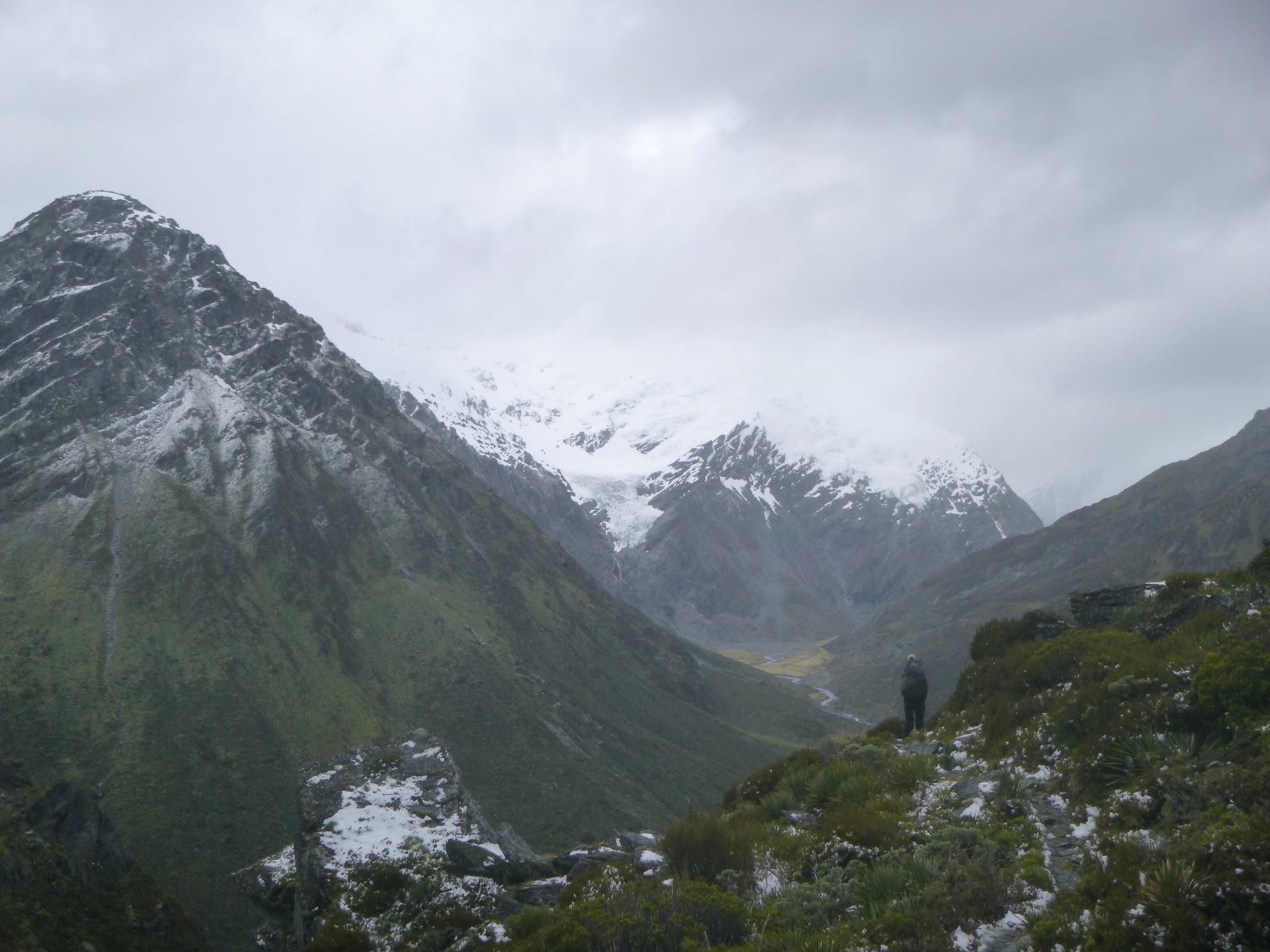 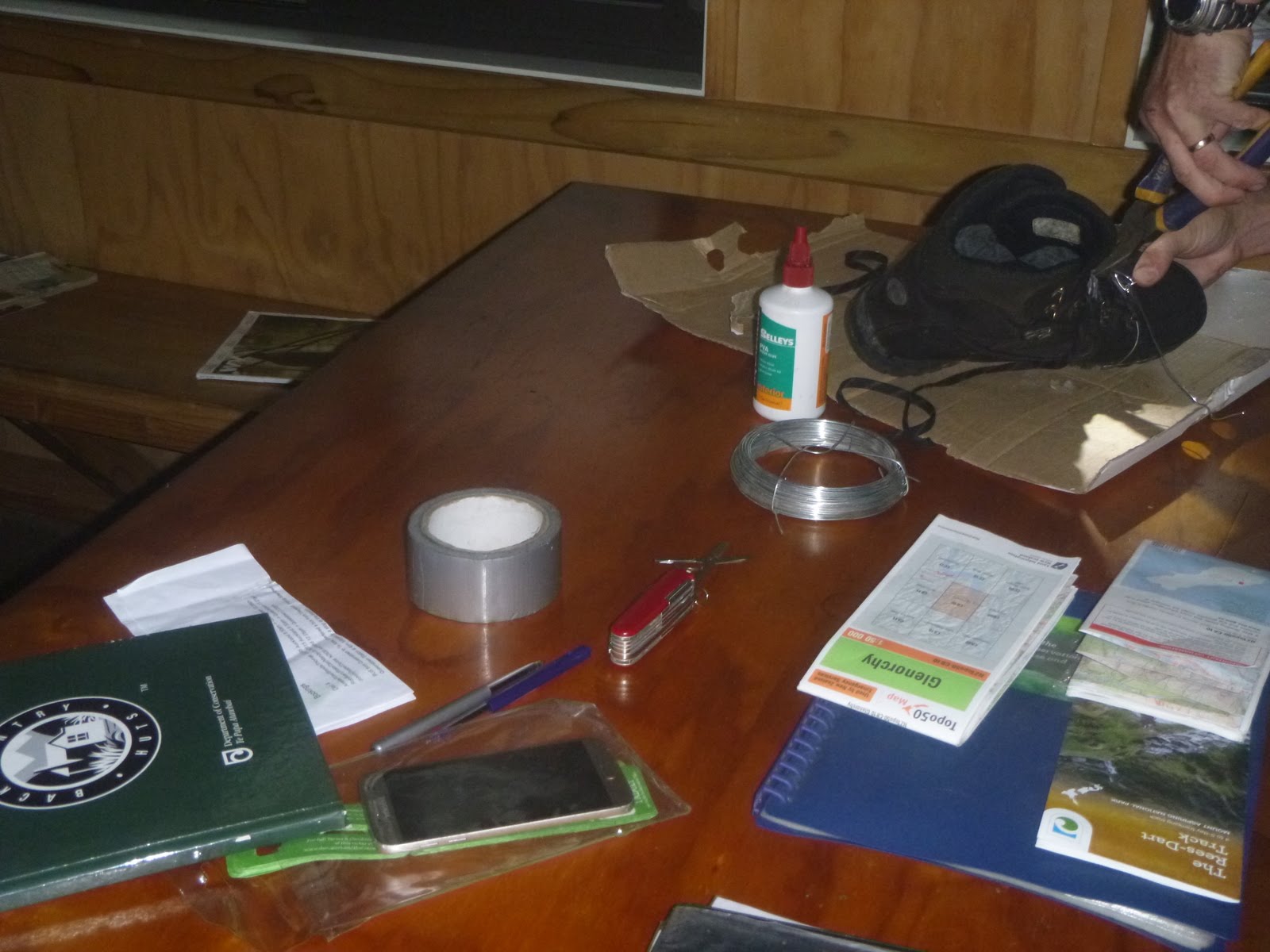 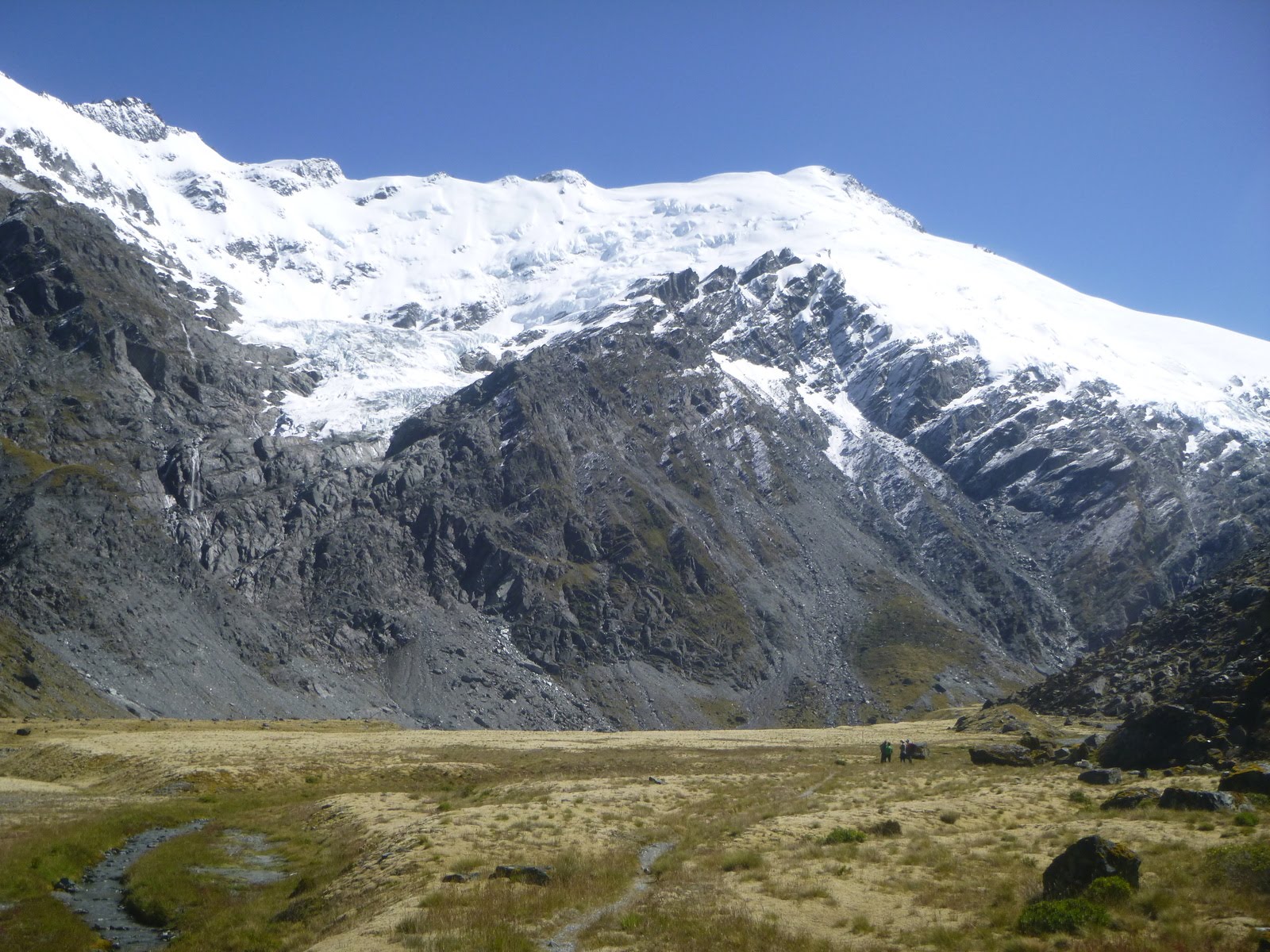 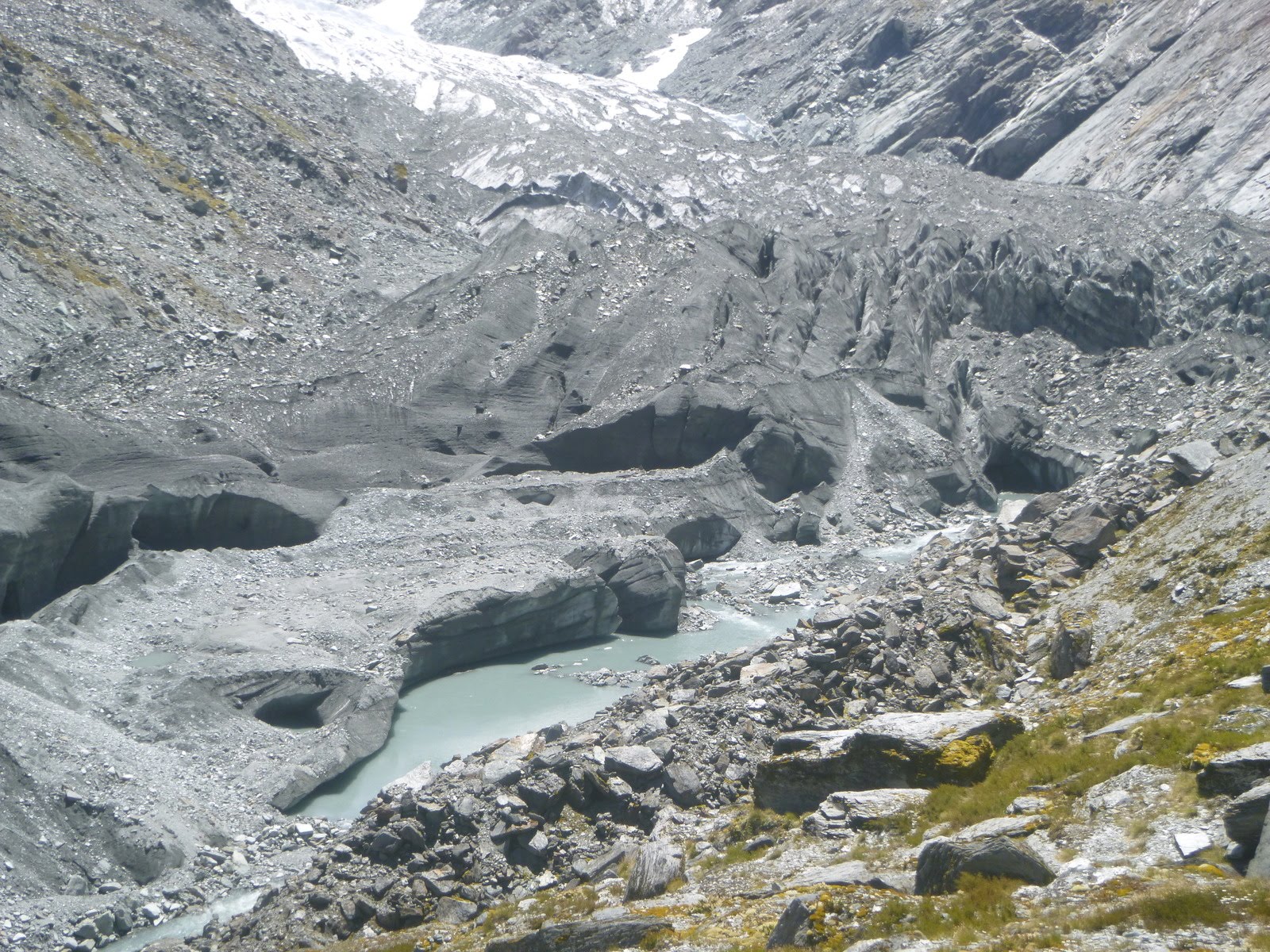 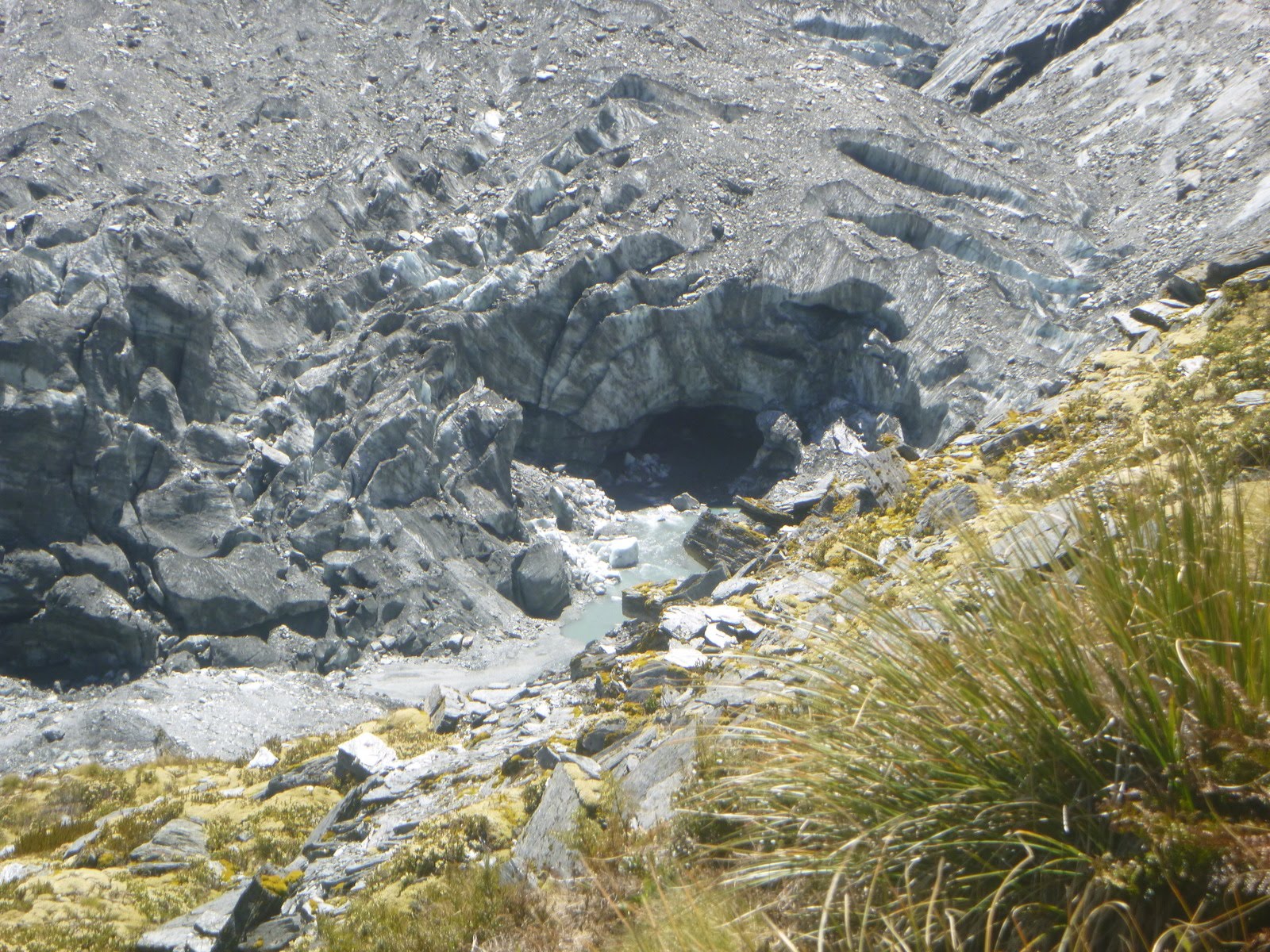 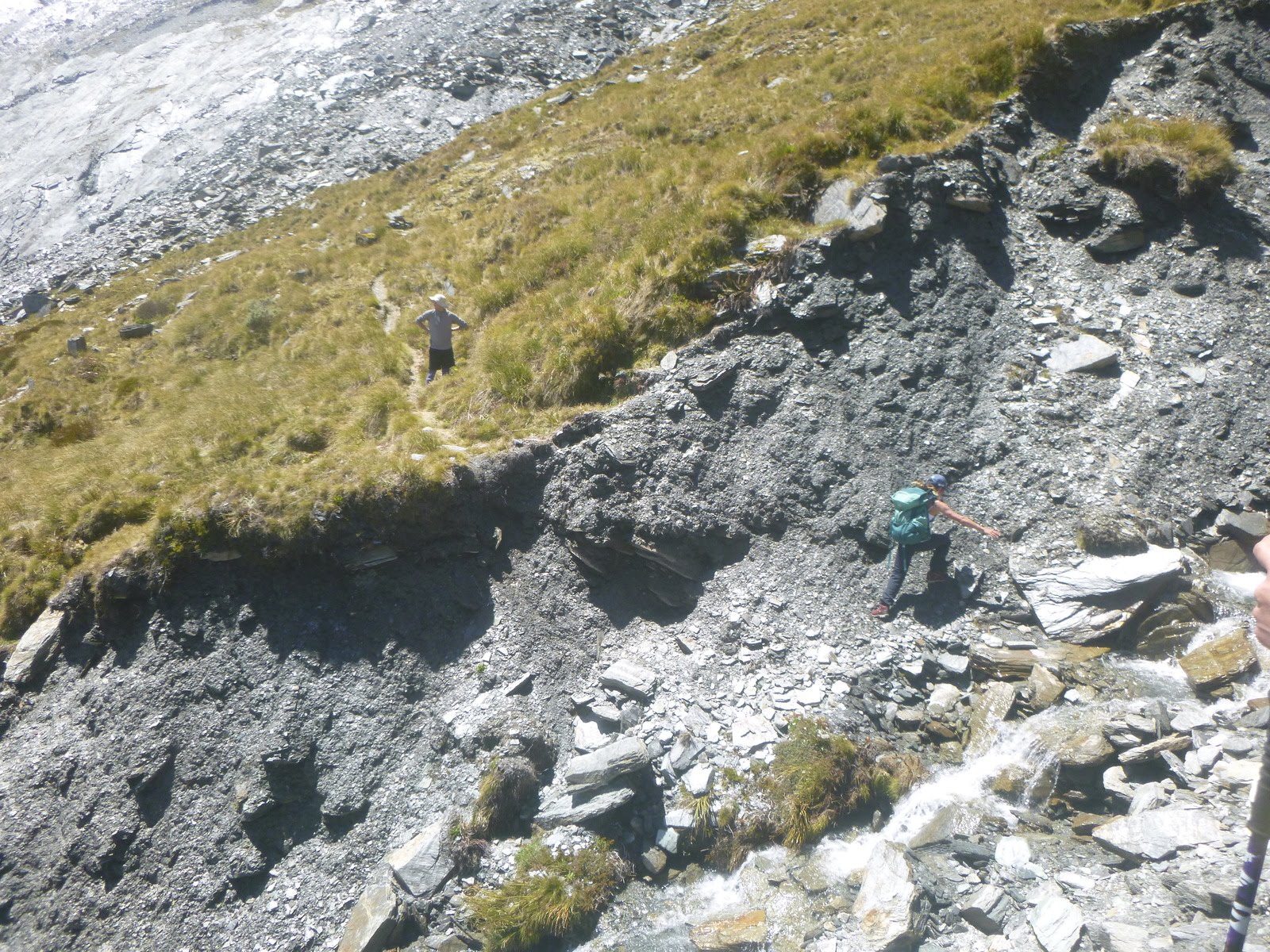 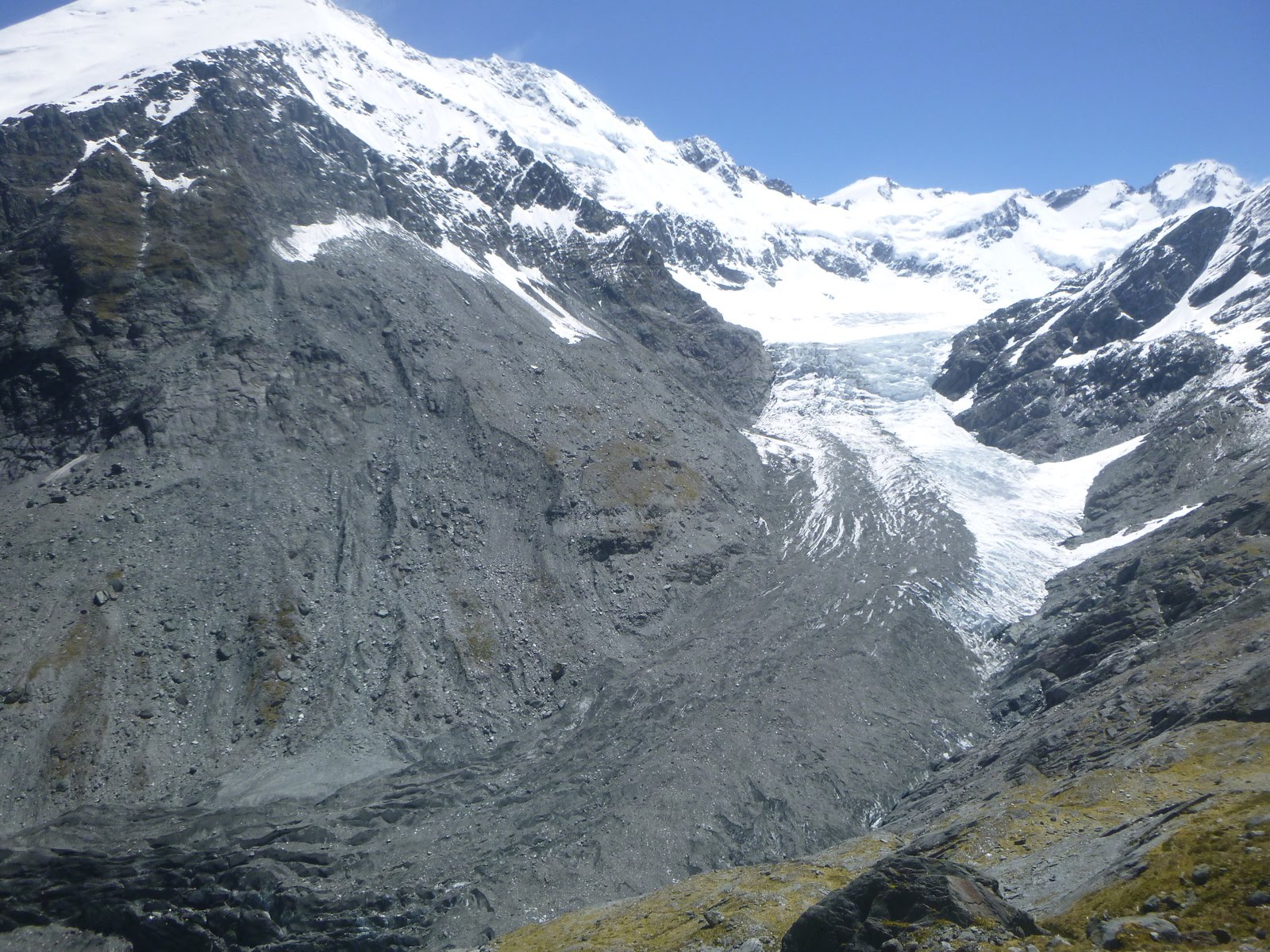 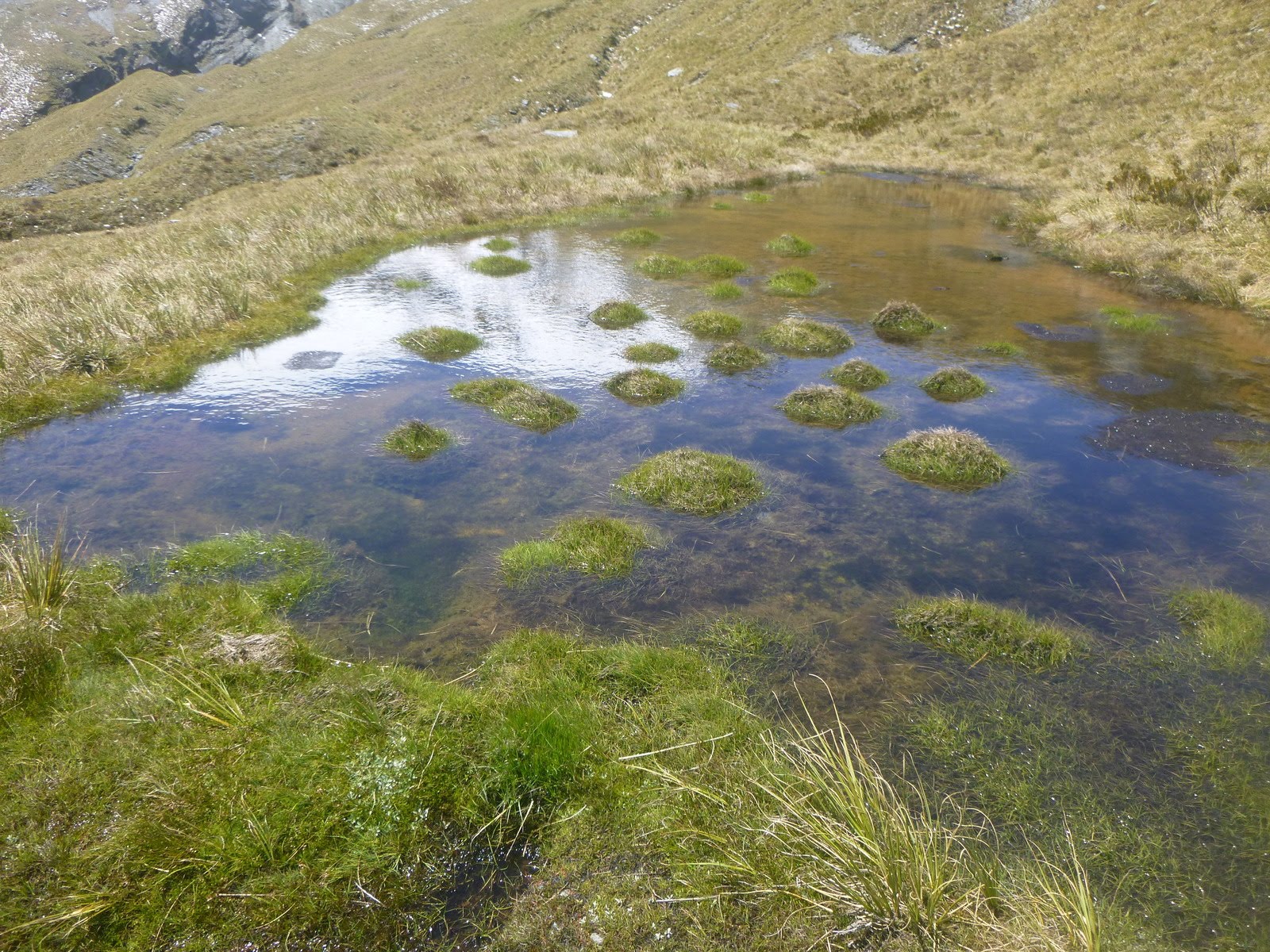 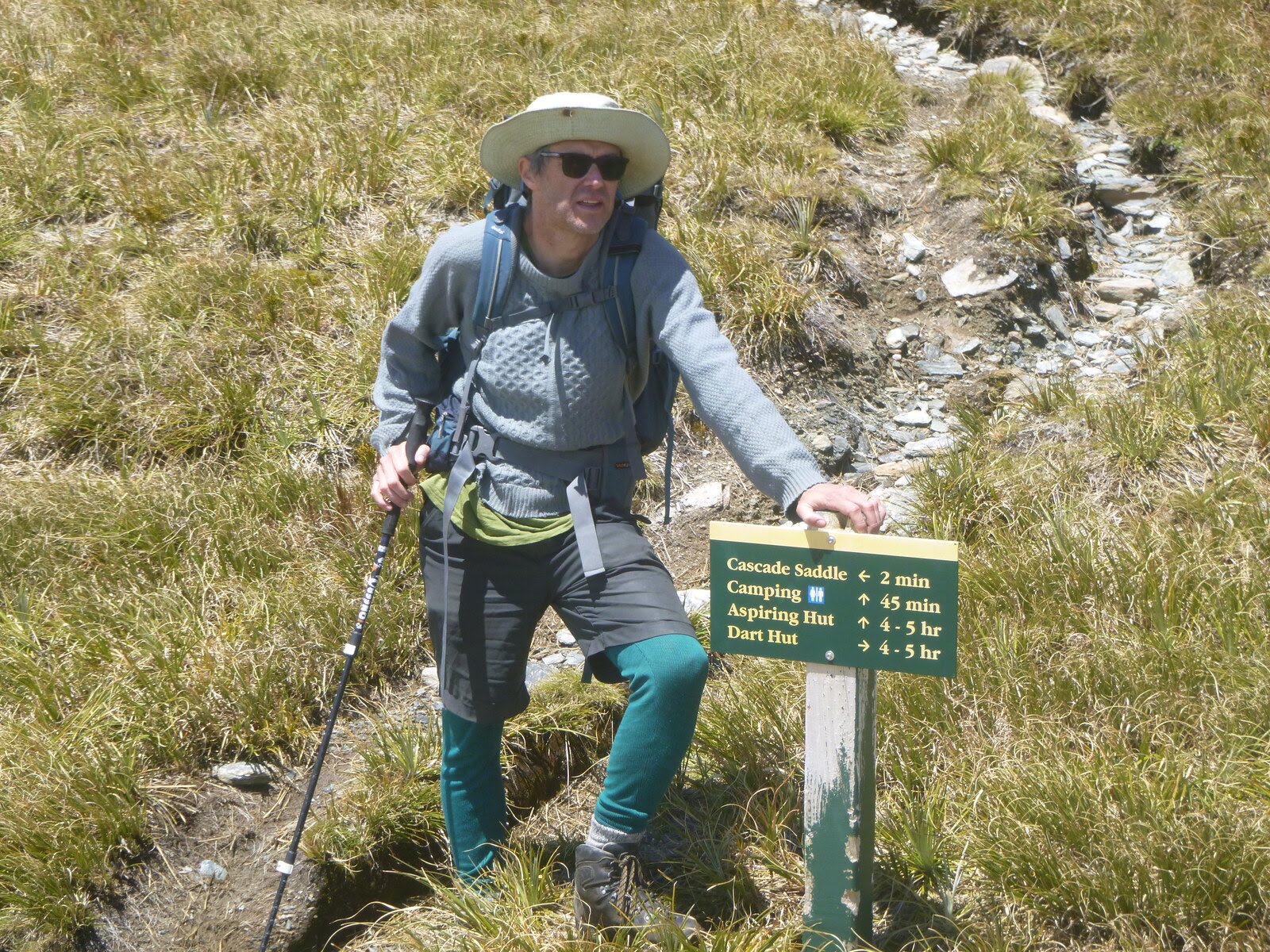 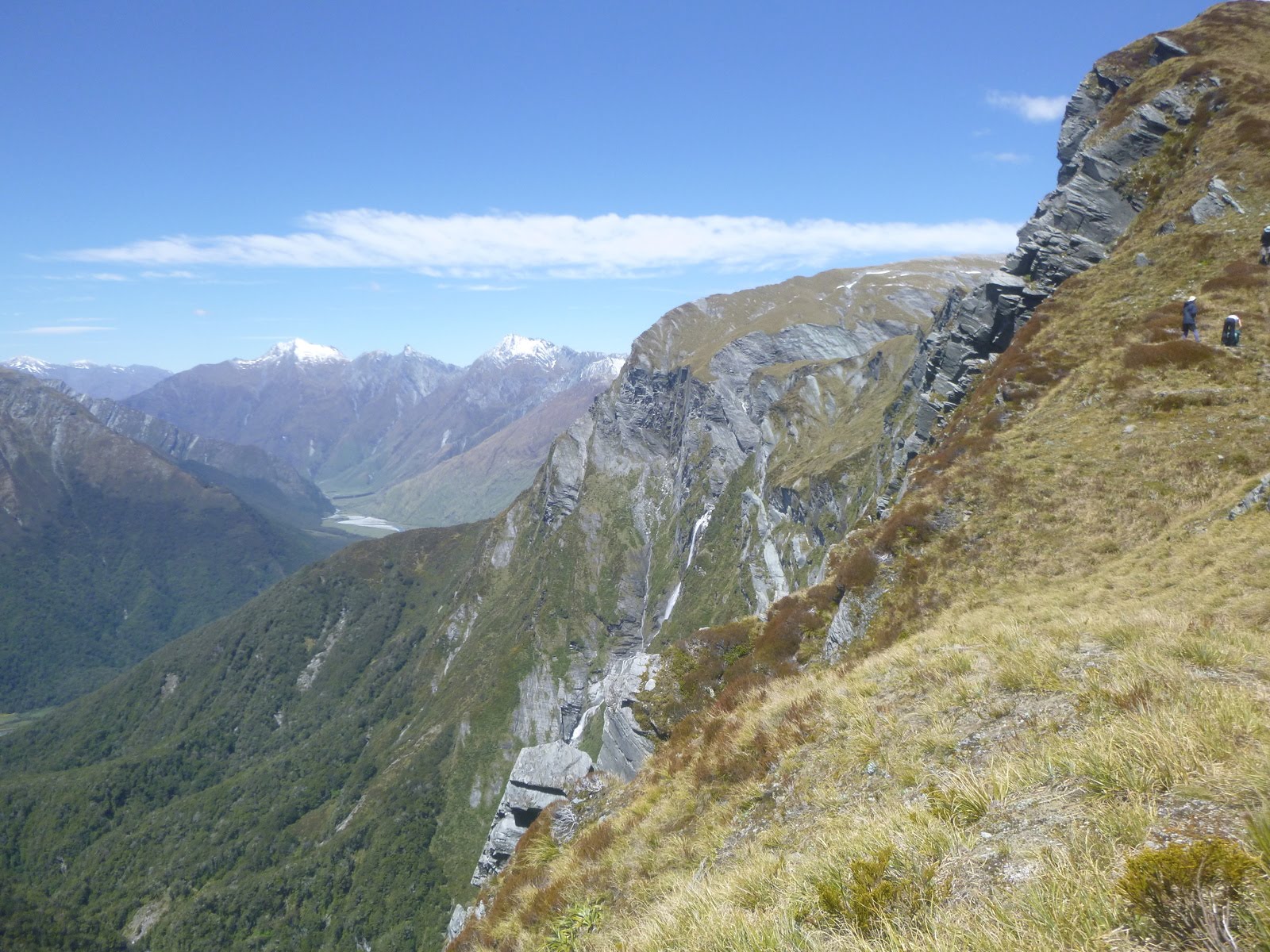 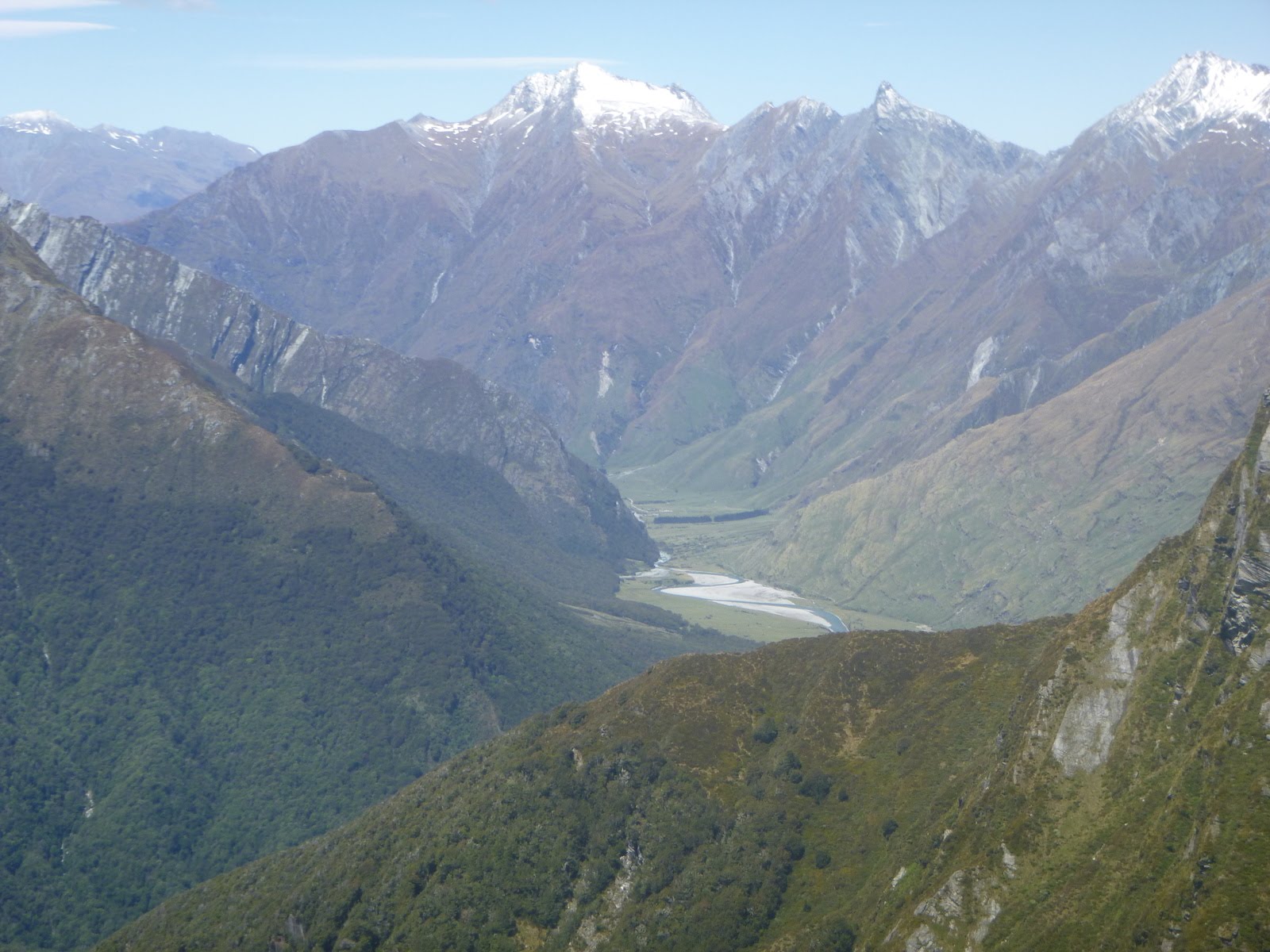 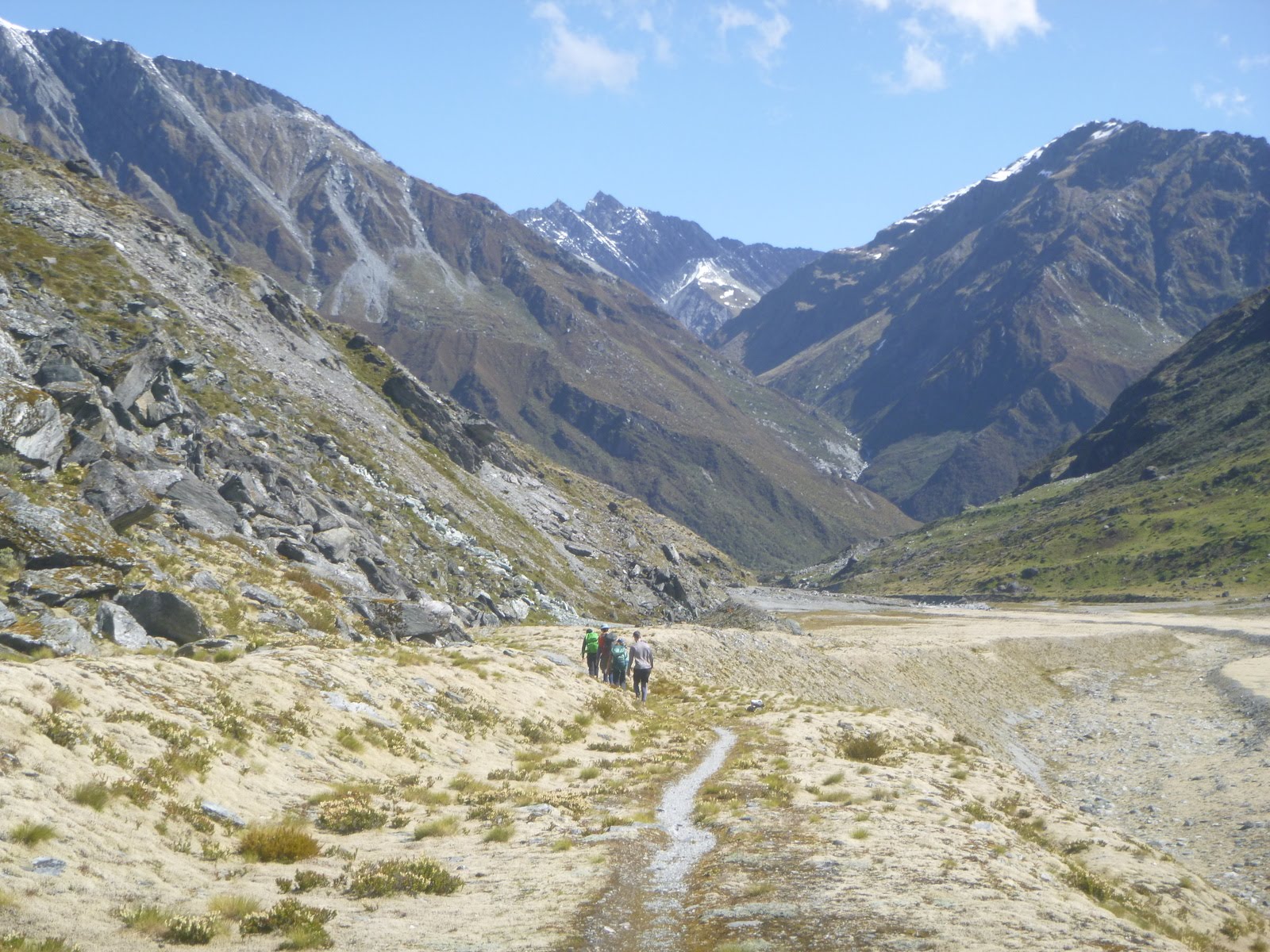 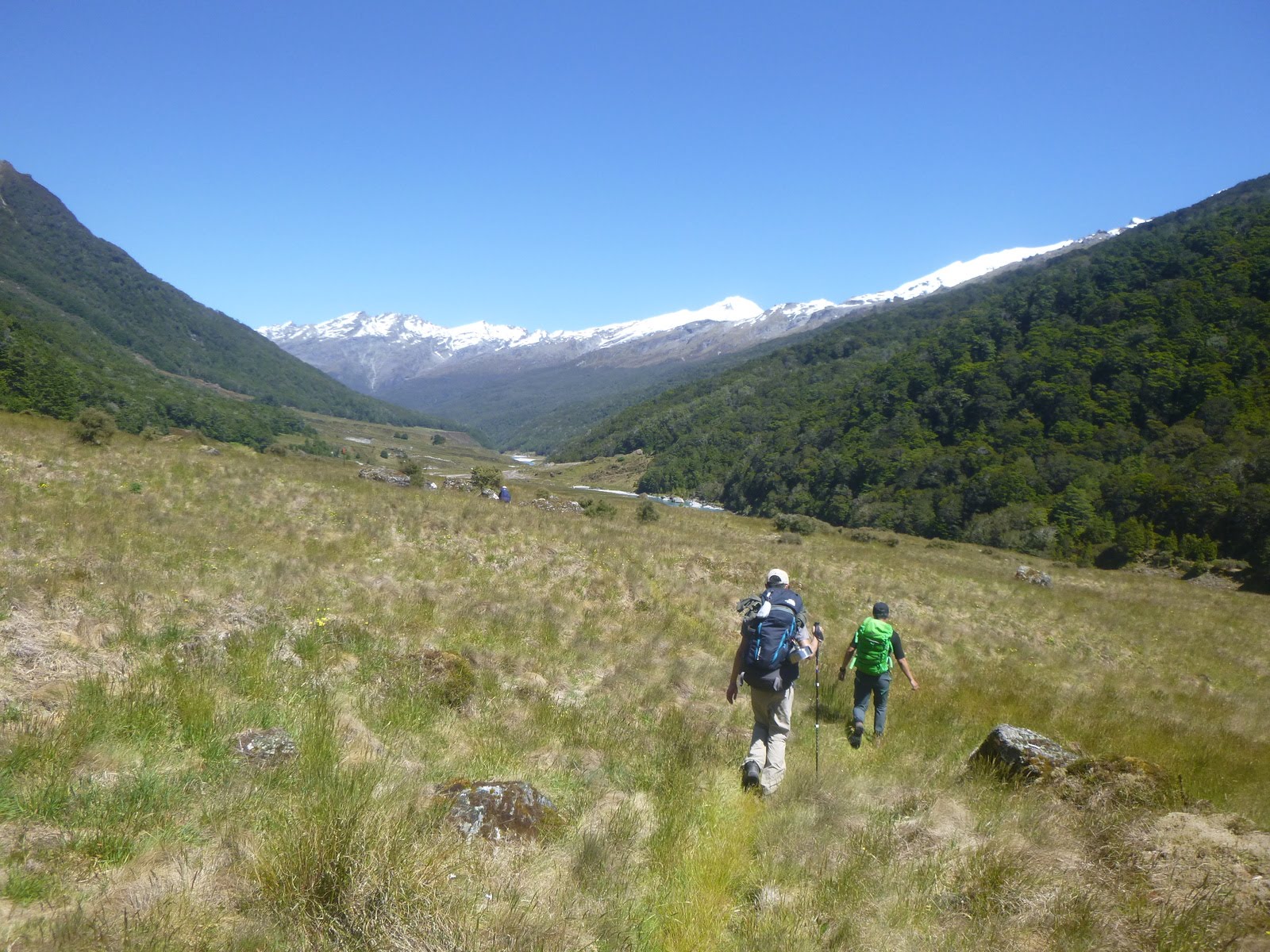 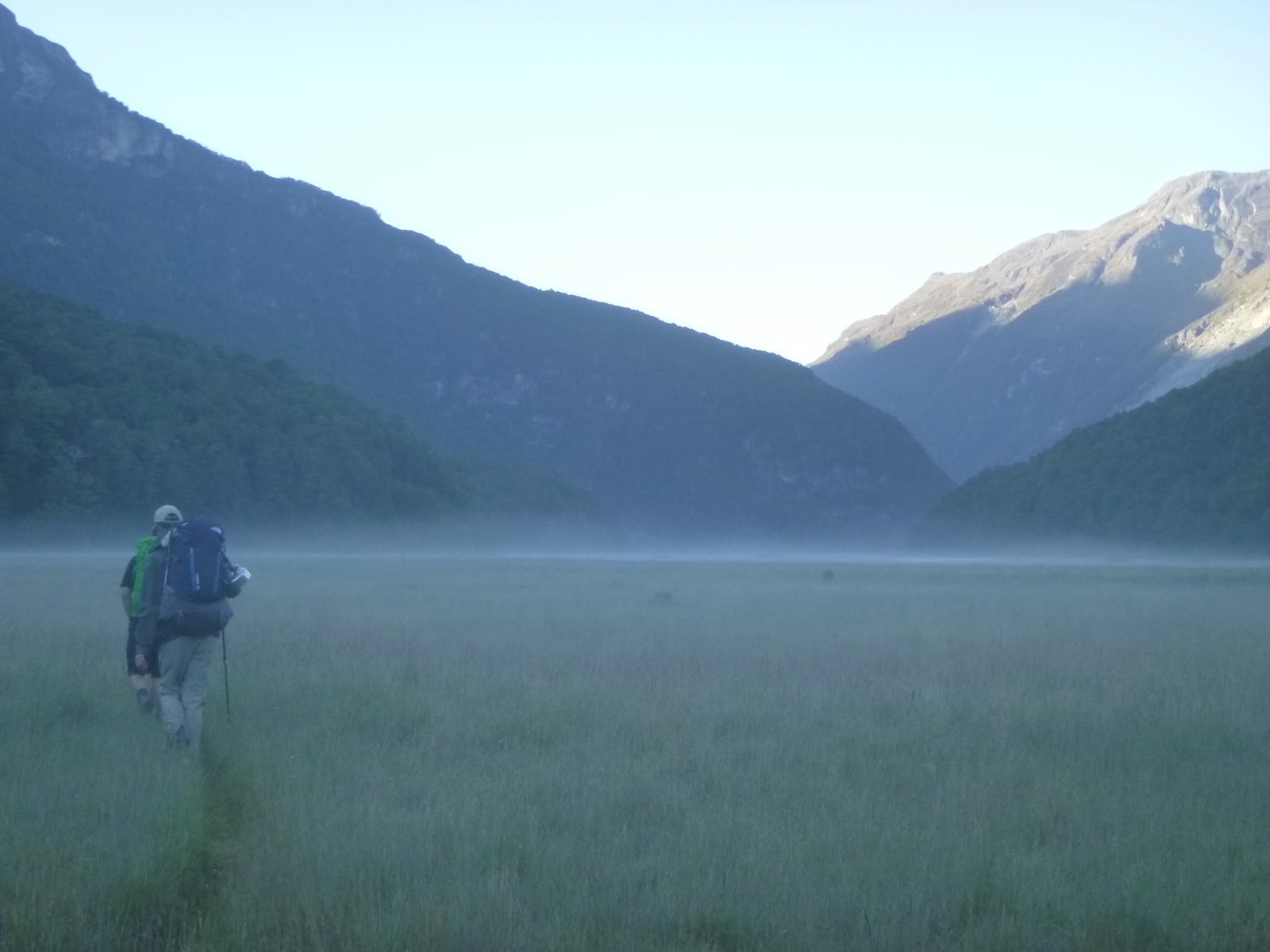 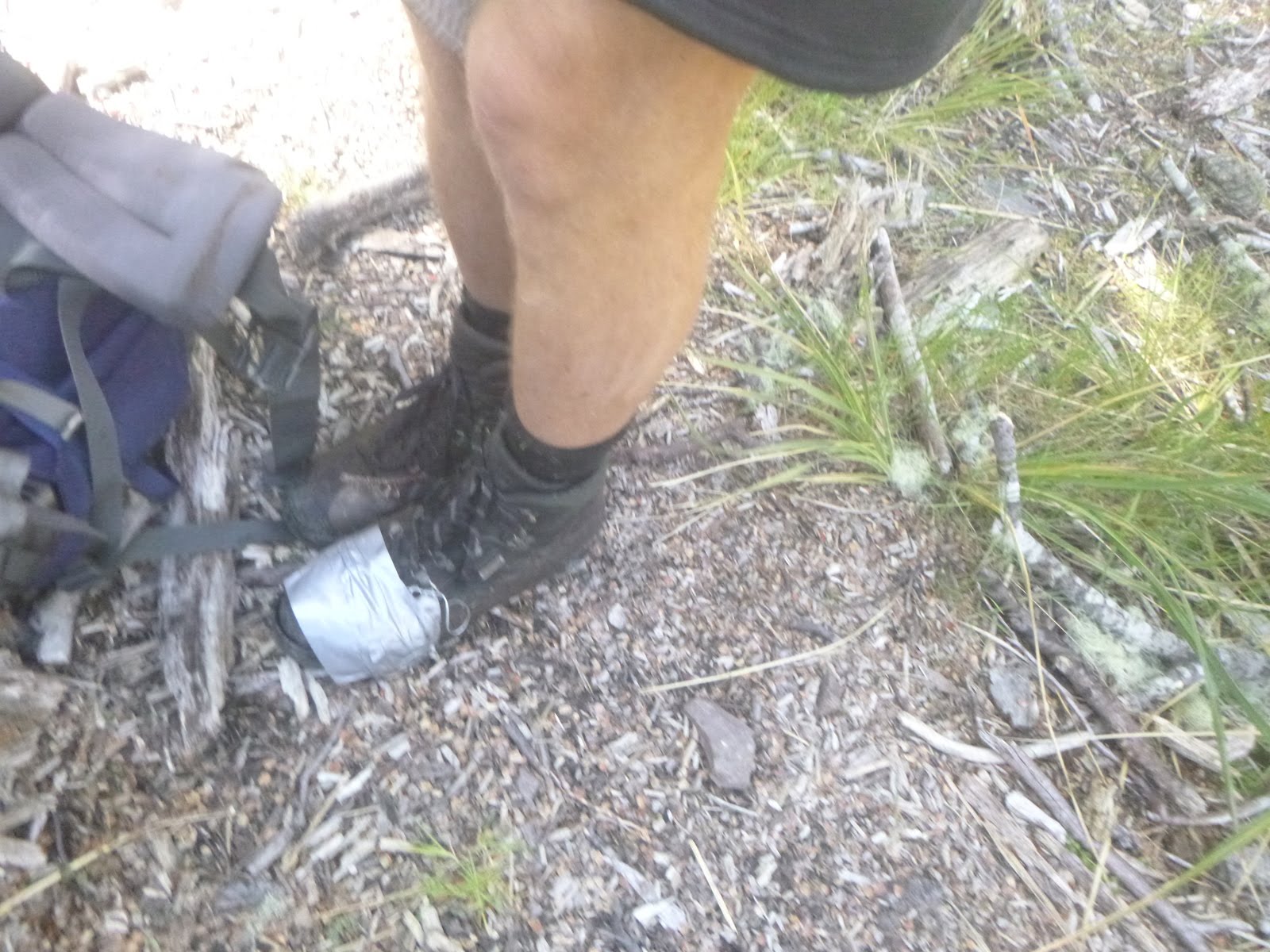