West of Auckland, between Karekare beach and Piha beach, there is a small bay called Mercer Bay. It's surrounded by cliffs and there is no marked track to get down to it, but I've known for a long time that there is an unmarked route down the cliff. Last year I met someone who knows the route and she kindly agreed to guide a group of us down it on Saturday morning.

We started from Karekare up the Cowan track to the turnoff. The cliffs look precipitious and I'm not good with heights, but the route is actually not very difficult, and we got down quite easily. Mercer Bay is very pretty. At dead low tide you can walk around the north end of the beach to an inlet with three large sea-caves. The largest goes a significant distance into the hill to a blowhole where the roof has collapsed. It's incredibly impressive.

Climbing back up the cliff is the sensible but strenuous way out, but at dead low tide you can walk south around the rocks back to Karekare beach, and that's what we did. There is some nontrivial (for me) climbing involved — a few narrow ledges, a few overhangs — but the barnacle-covered conglomerate rocks provide excellent footholds and handholds if you have gloves or don't mind a few scrapes. Unfortunately we did not time our walk well and the tide was coming in, so we had to hurry. In a few places we had to cross little inlets with waves surging in and out, and later on we just plunged in when it wasn't too deep. I don't know how close we came to being trapped, but I certainly would have preferred a larger safety margin. Lesson learned! (I was carrying my personal locator beacon and we may even have had cellphone coverage, so I think we would have been rescued had we taken refuge on the higher rocks, but how embarrassing!)

Anyway, now that I know the way I'm already looking forward to going back :-). If we go around the rocks again I'll make sure we start well before low tide. 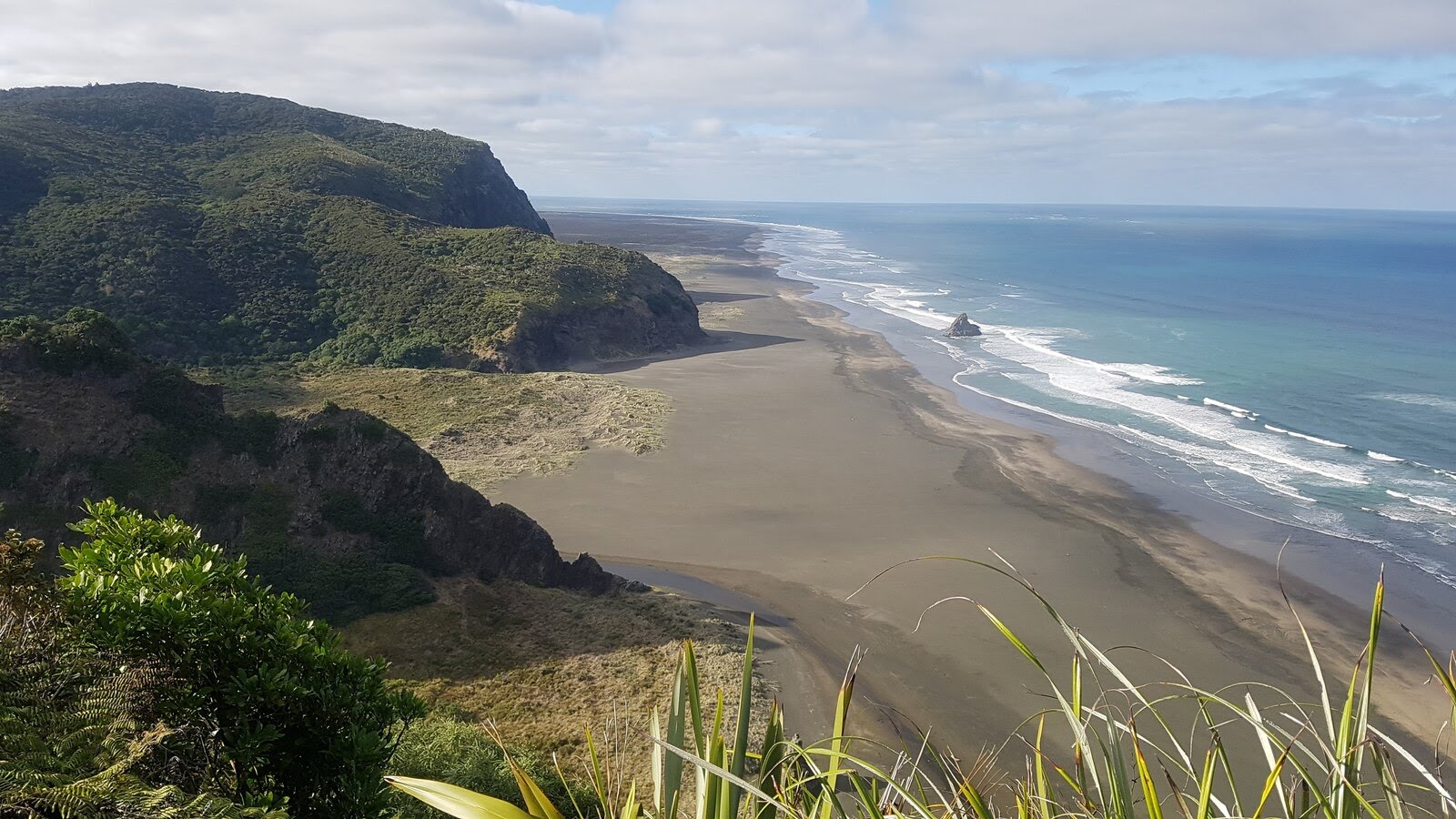 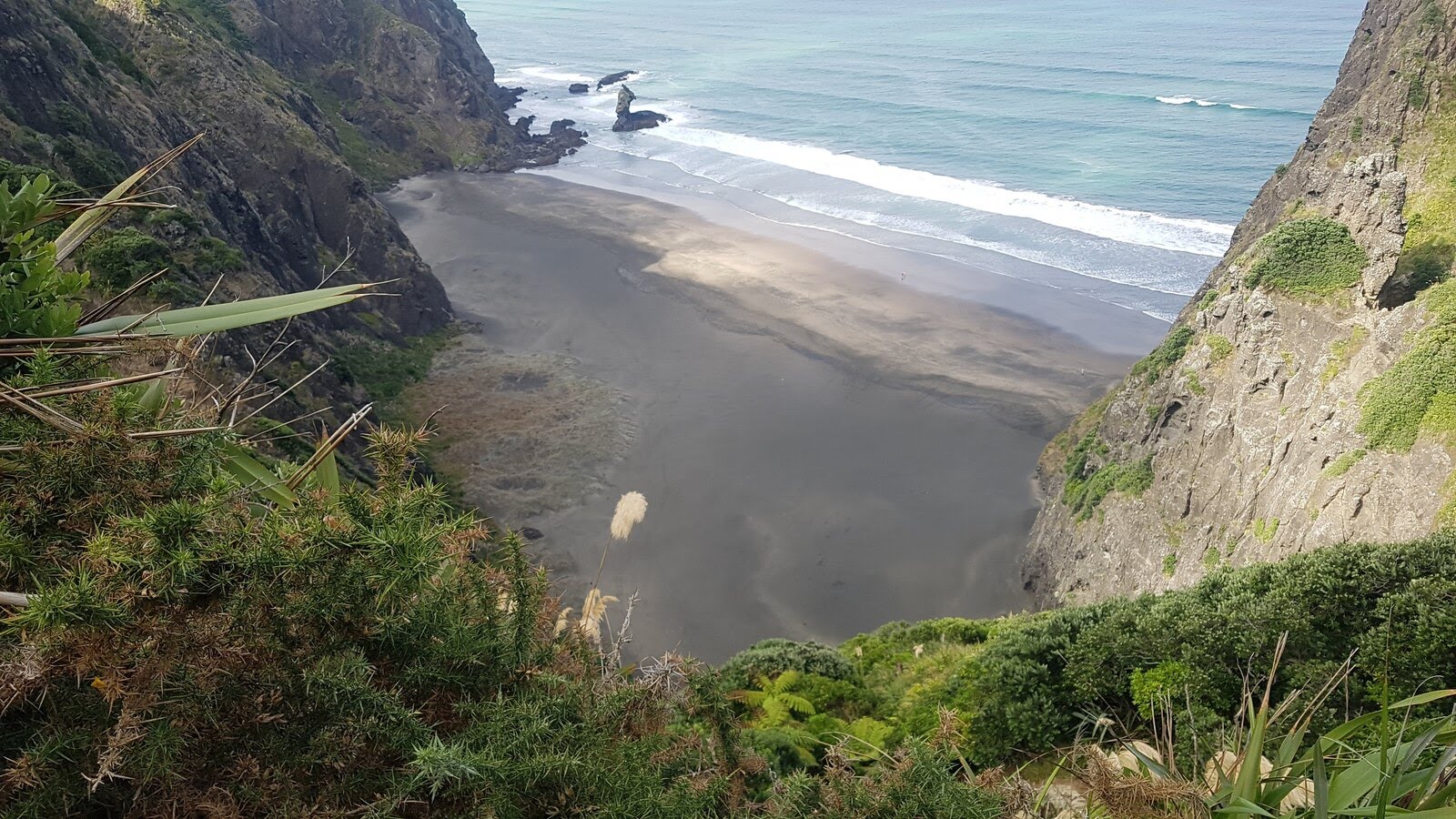 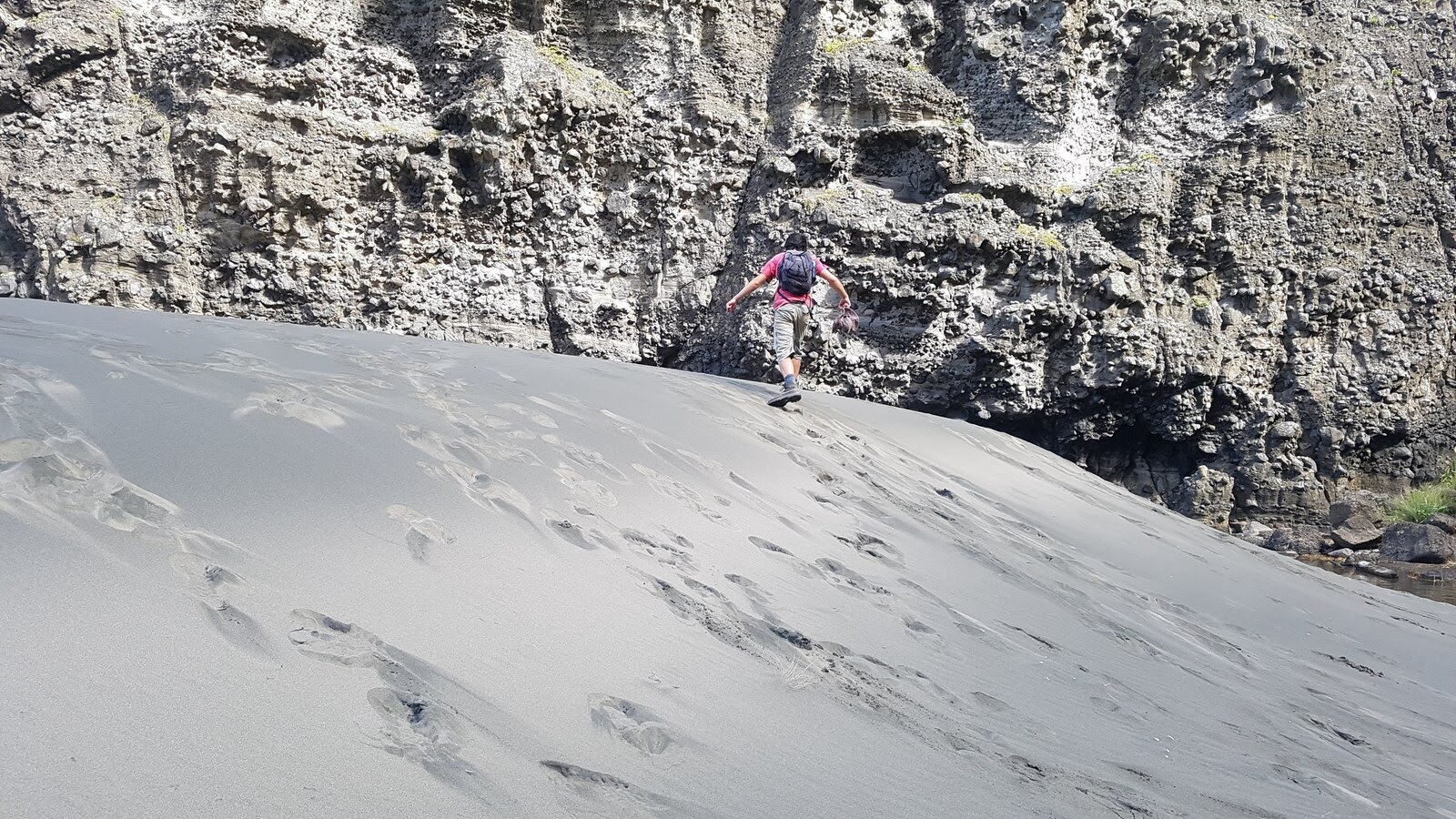 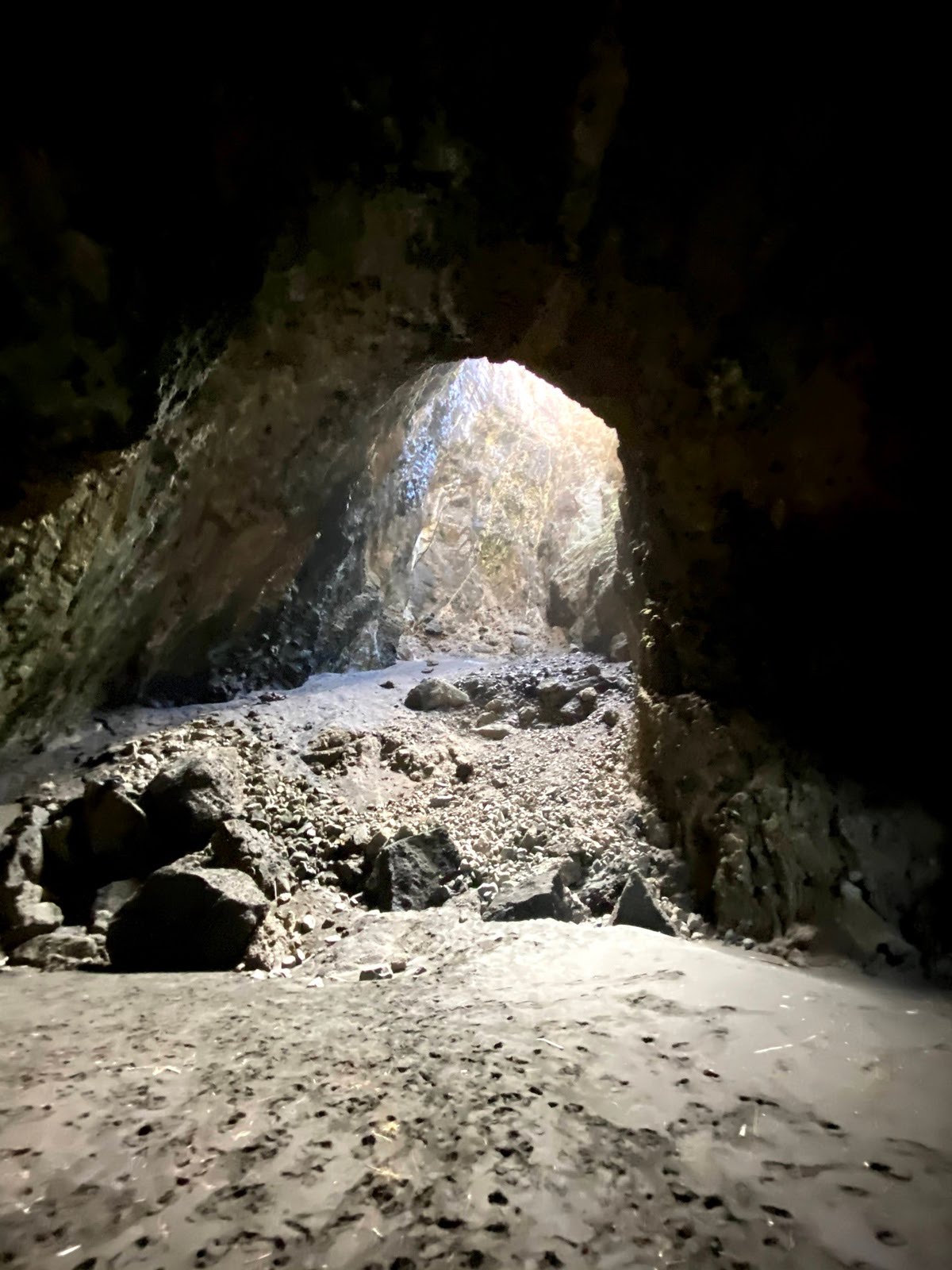 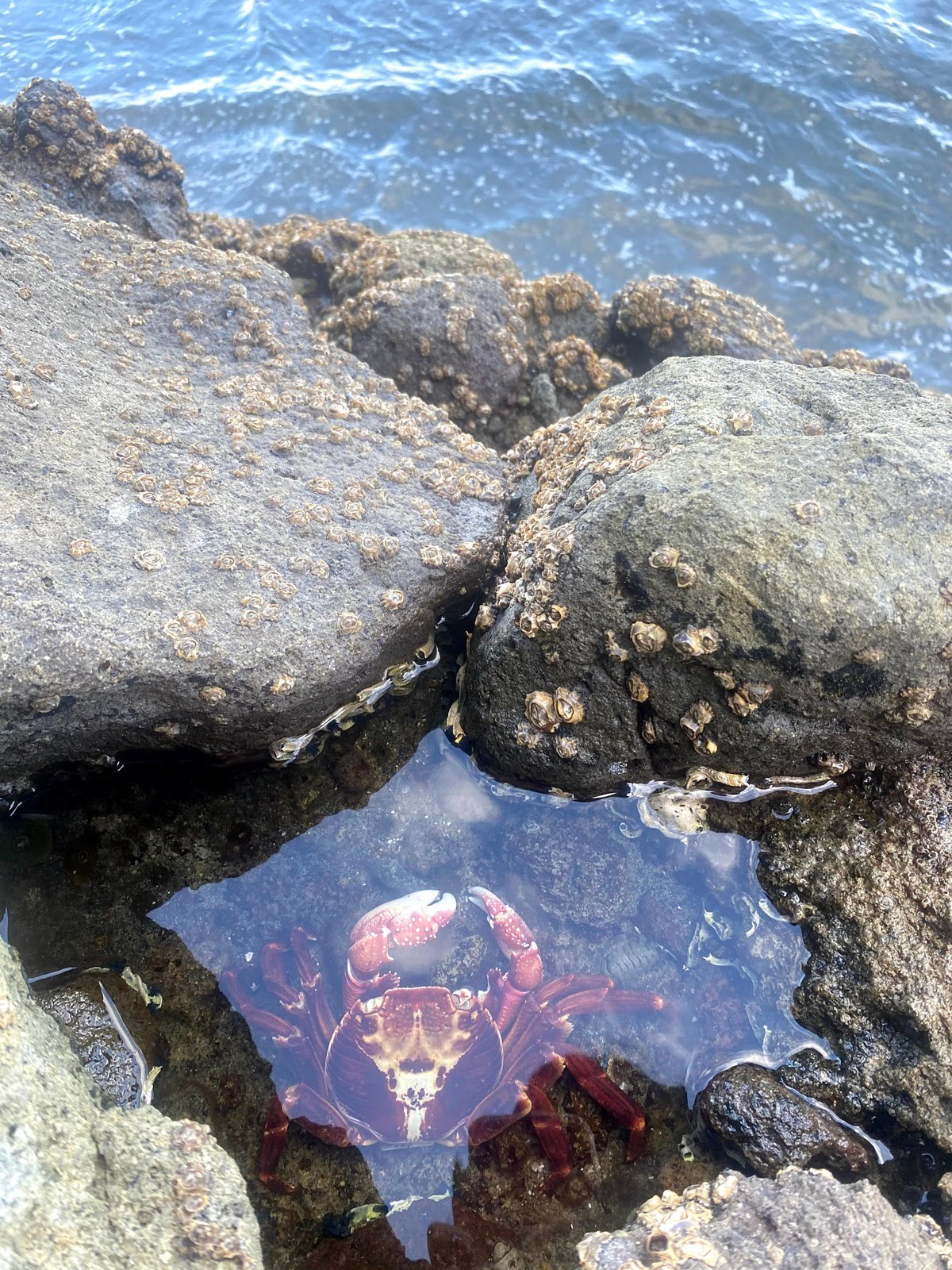 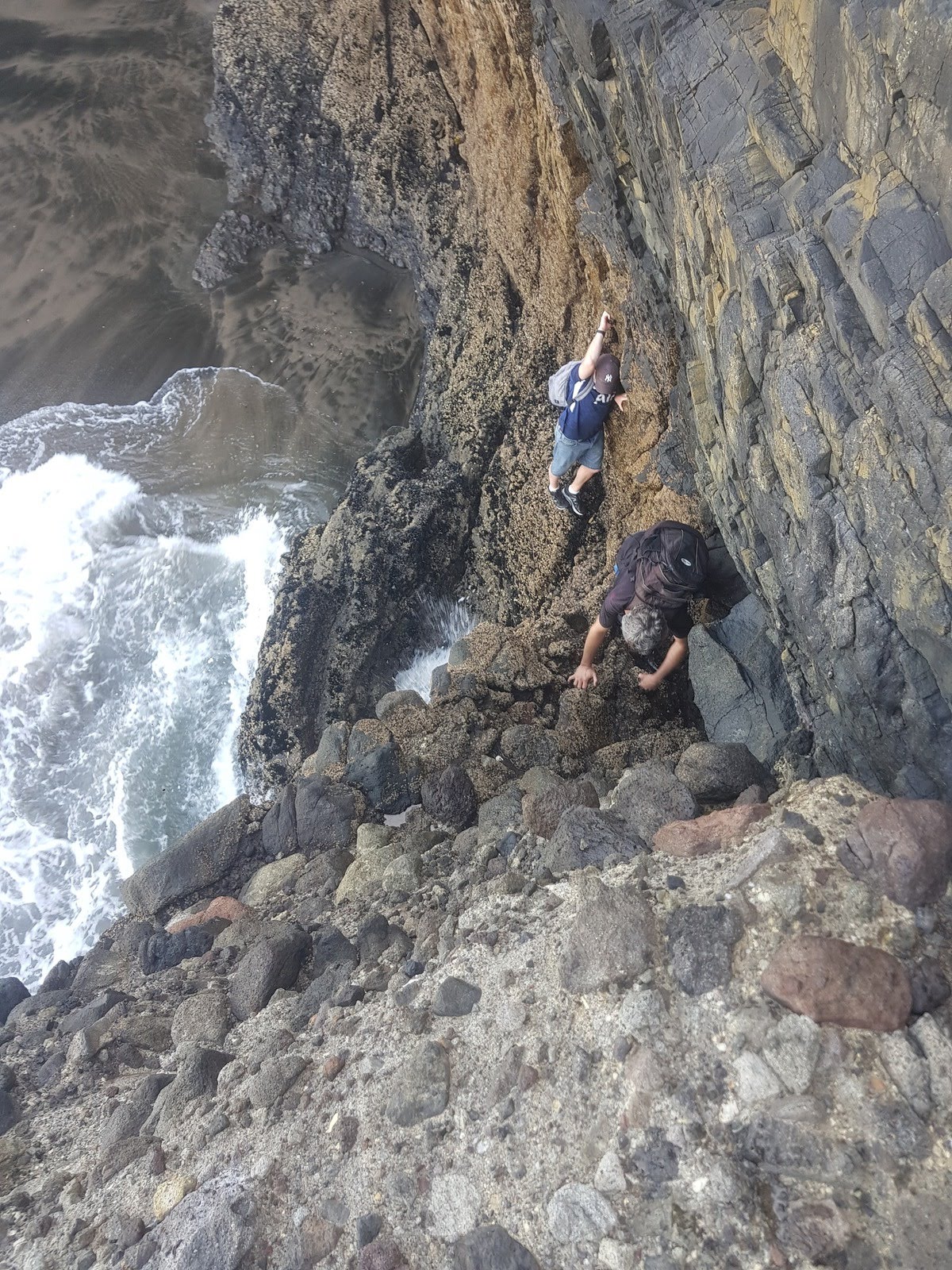