This weekend I went on a tramping/camping trip, staying overnight at Motutapu Island's Home Bay. I was part of a group of twelve friends and family, including four kids aged four to nine. The weather was excellent, everything went well, and we had a great time, praise God! It was actually an amazingly fun trip considering how close and accessible it is to central Auckland.

We took the ferry to Rangitoto at 9:15am on Saturday, arriving at the island about 10am. There we split up, with one family taking the most direct route to Motutapu but the rest of us taking the usual summit route via the lava caves. After that we took the road from the summit to the Islington Bay causeway where Rangitoto connects to Motutapu Island. We had lunch at an idyllic spot just on the Motutapu side of the bridge, where we sat shaded by trees with a steady but warm breeze blowing. As a wonderful bonus, two takahē were browsing close by the whole time — quite a big deal since they are an endangered species, total population 450. Motutapu and Rangitoto have been cleared of predators, and Motutapu has suitable grassland and wetland habitat, so a number of takahē have been introduced there.

After lunch we followed the "Motutapu Walkway" across the island to Home Bay. It's an easy walk, and on fine days like this weekend, there are great views of Auckland and the inner Hauraki Gulf. There's not much shade, though, and bring plenty of water since there are no water sources anywhere except Home Bay. We got to the campsite around 3pm — pretty easy going.

At Home Bay most of our group just relaxed at the campsite and beach. I and one of my friends wanted to visit the northern end of the island so we did a fast two-hour walk to Billy Goat Point and back. It was a fun walk with good views, but the point itself is underwhelming.

This morning we had a slow start — bacon and eggs for breakfast, some swimming, and generally just taking it easy before leaving the campsite around 10am, since we didn't have far to go. We took the road route across the island, and lunched again at the causeway. It was just as delightful as yesterday except the takahē were absent. Then most of us took the "coastal track" around Rangitoto to the ferry wharf. It's been a very long time (if ever!) since I've been on that track — it's pretty uneven and hard going, especially on a hot day, but it's quite interesting, with lots of collapsed lava tunnels visible along the way. We pushed pretty hard and were just able to make the 2:30pm ferry. What a great weekend! 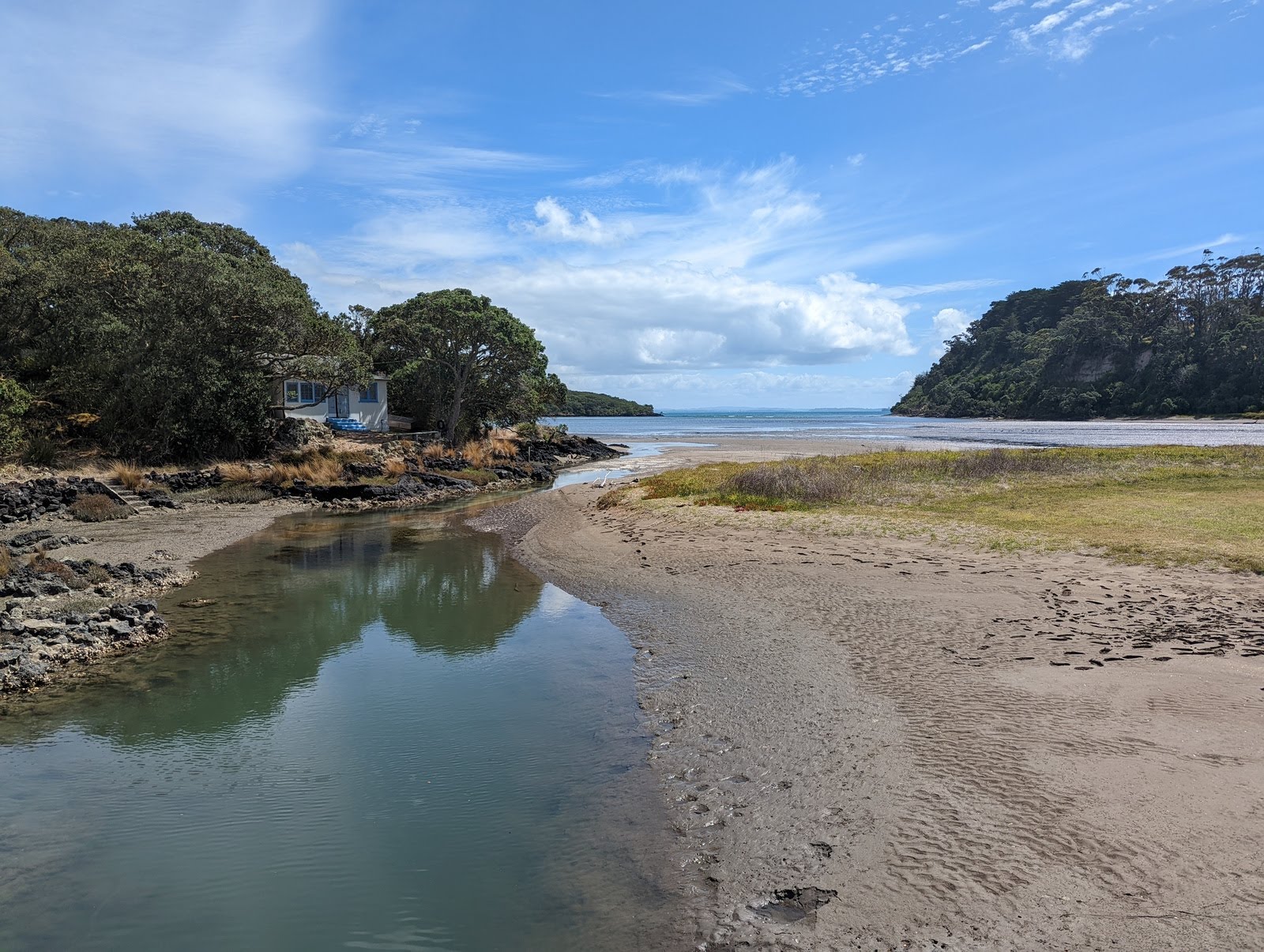 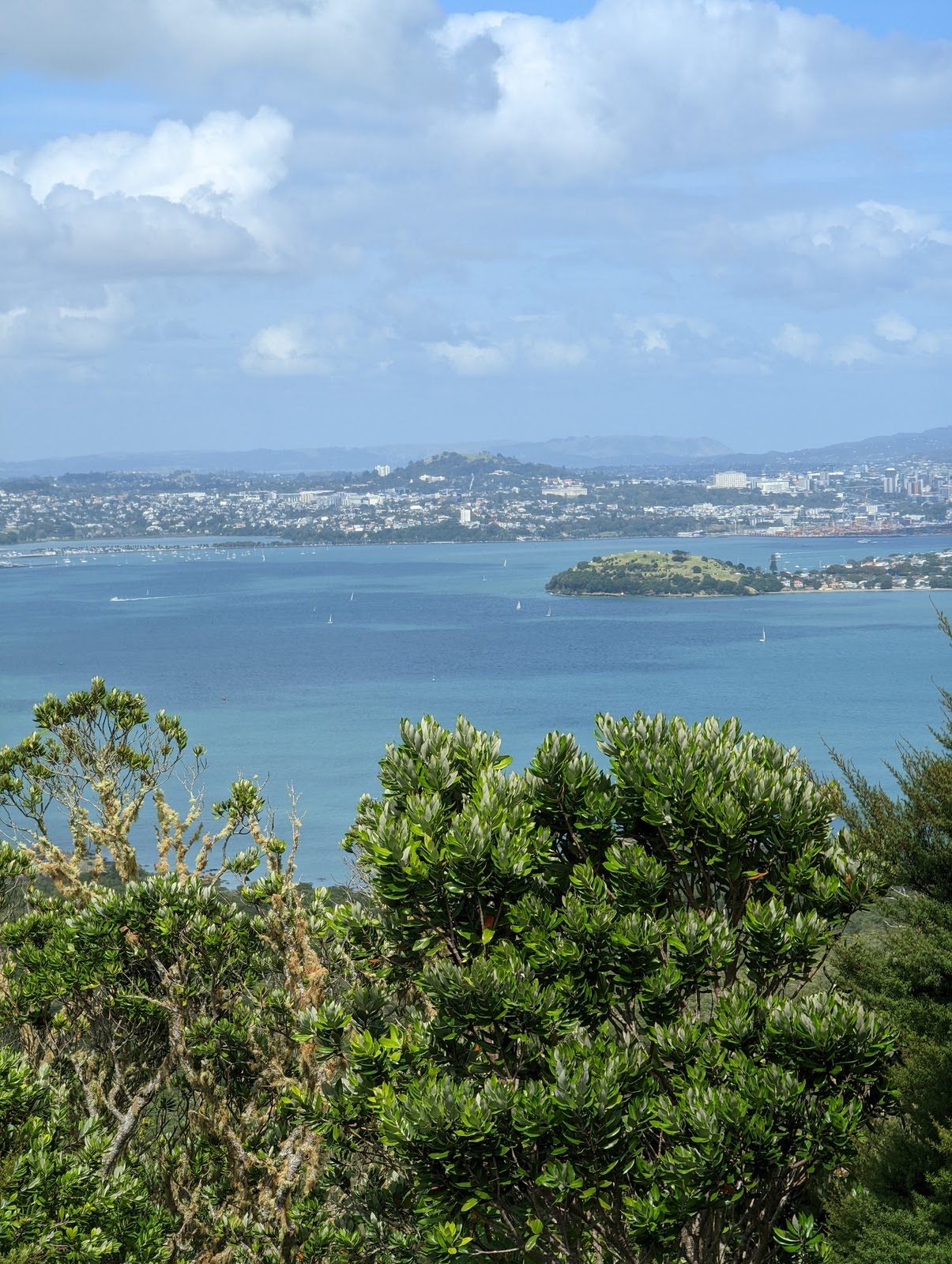 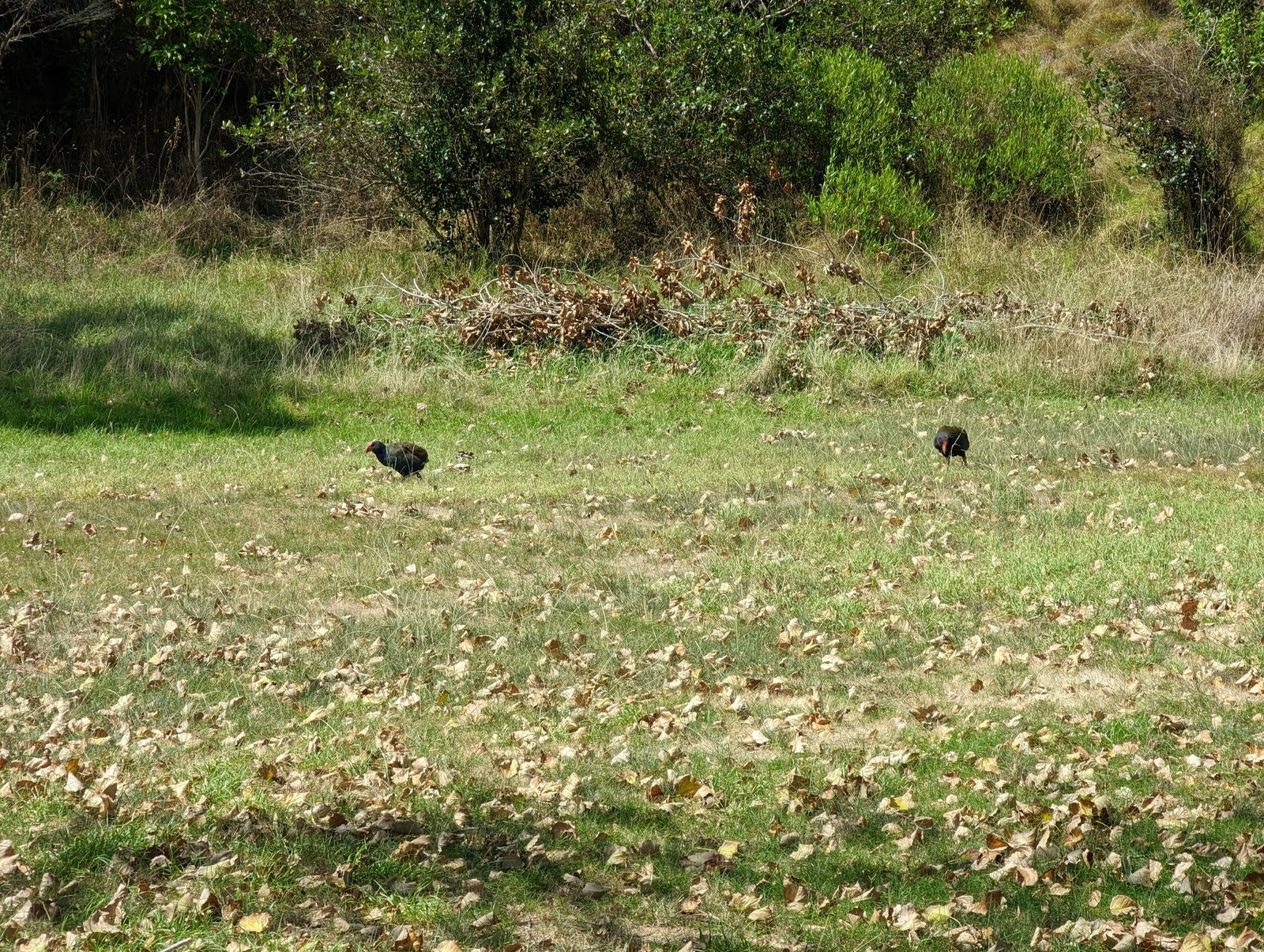 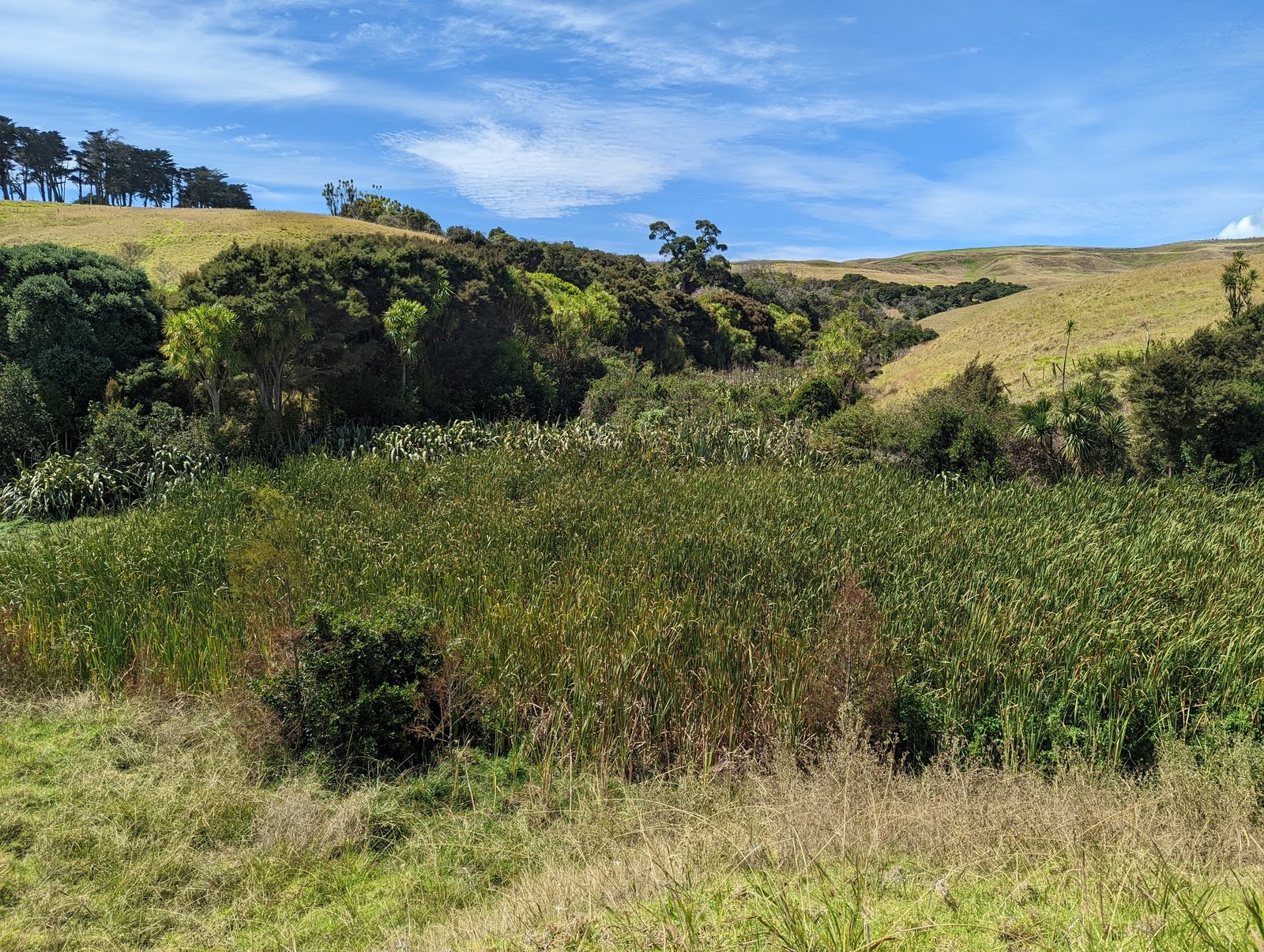 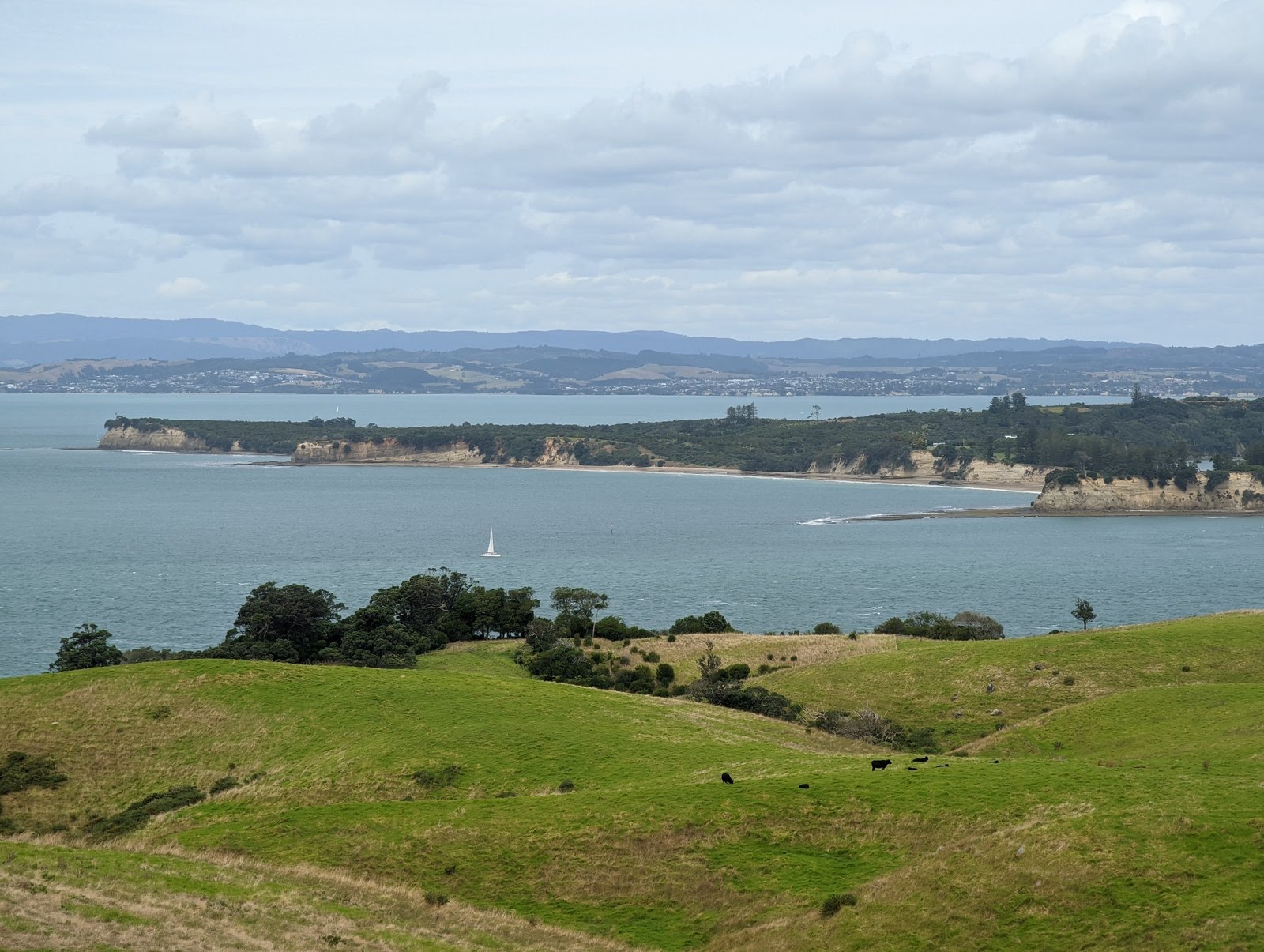 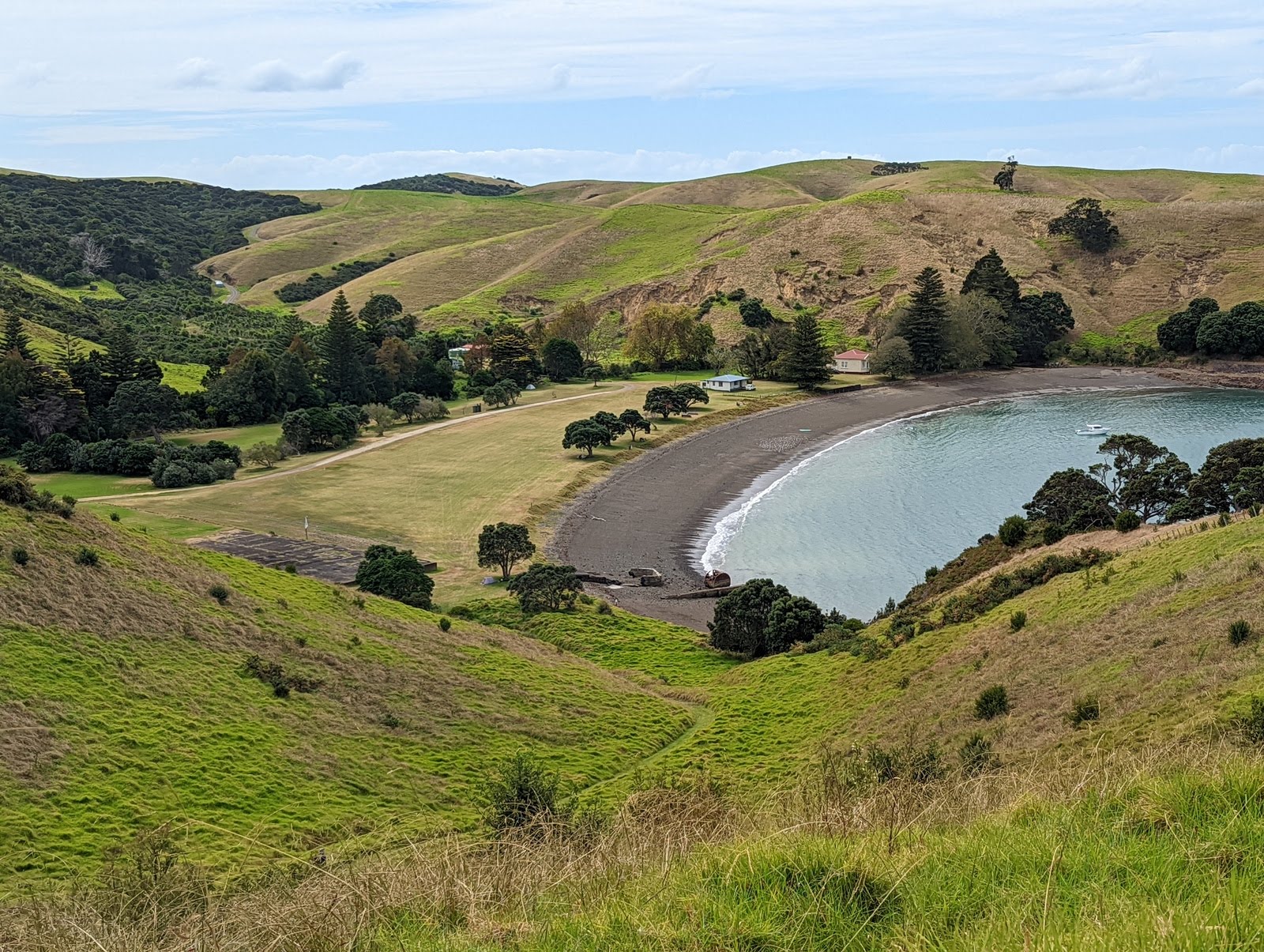 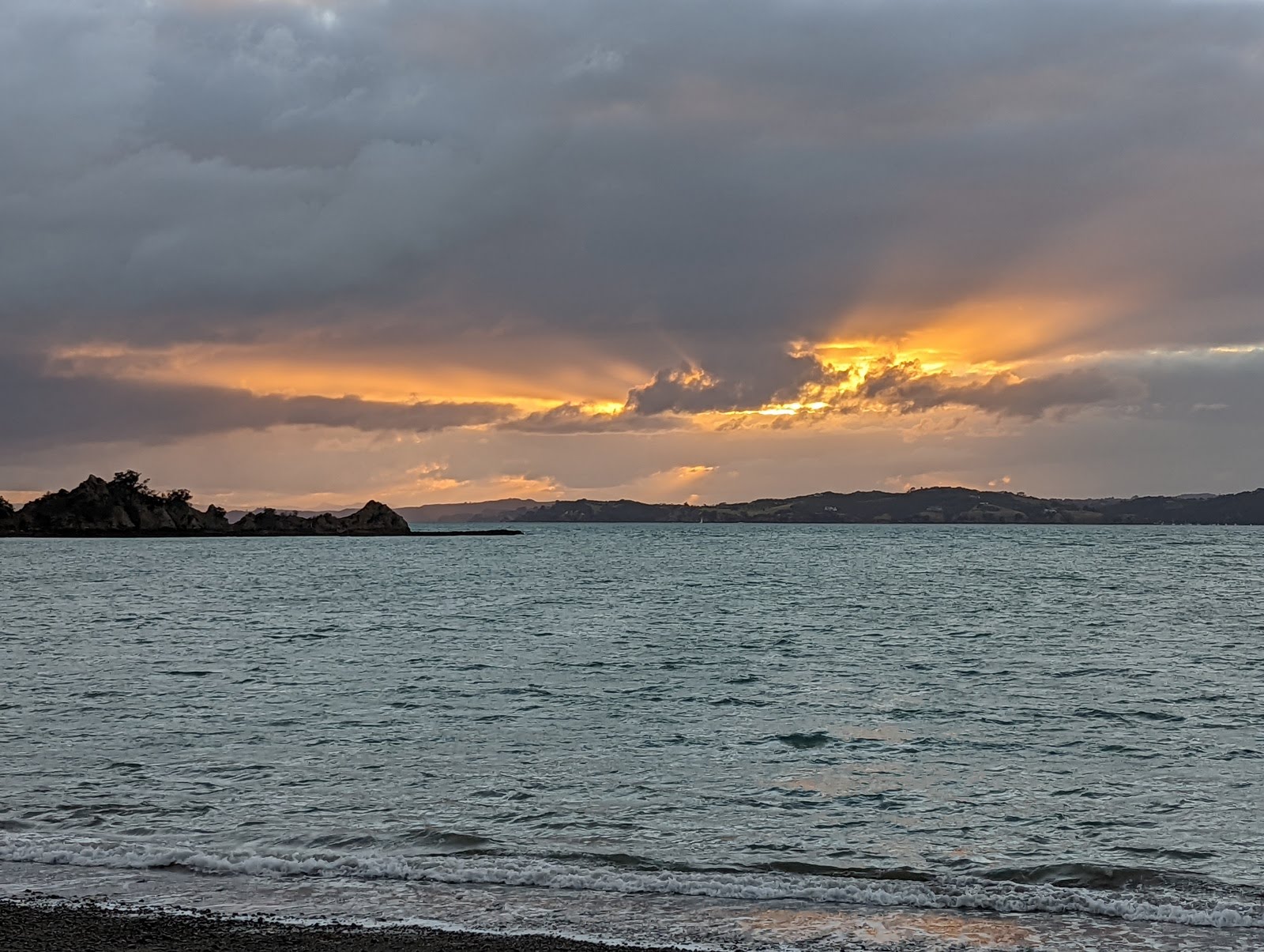 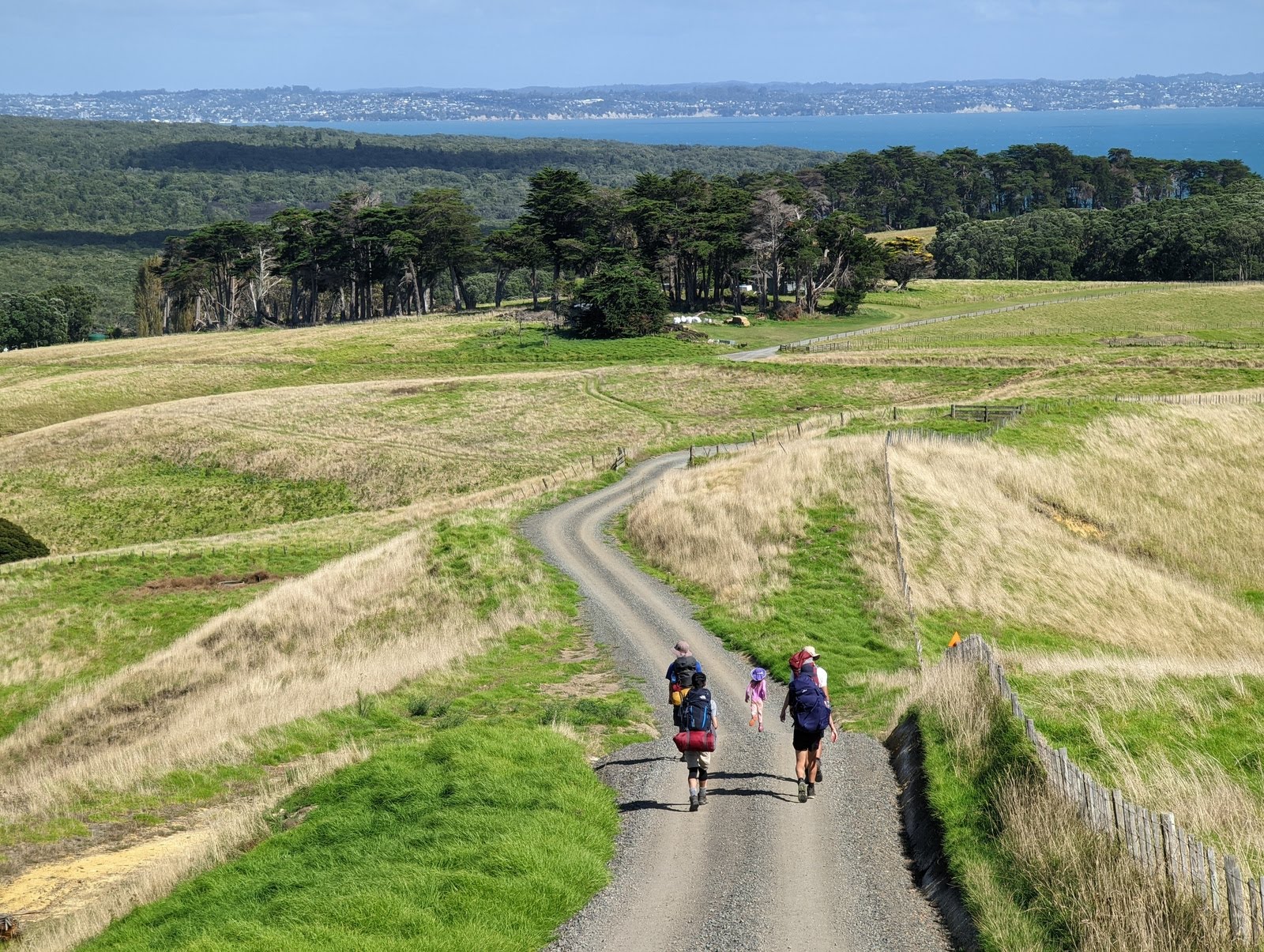 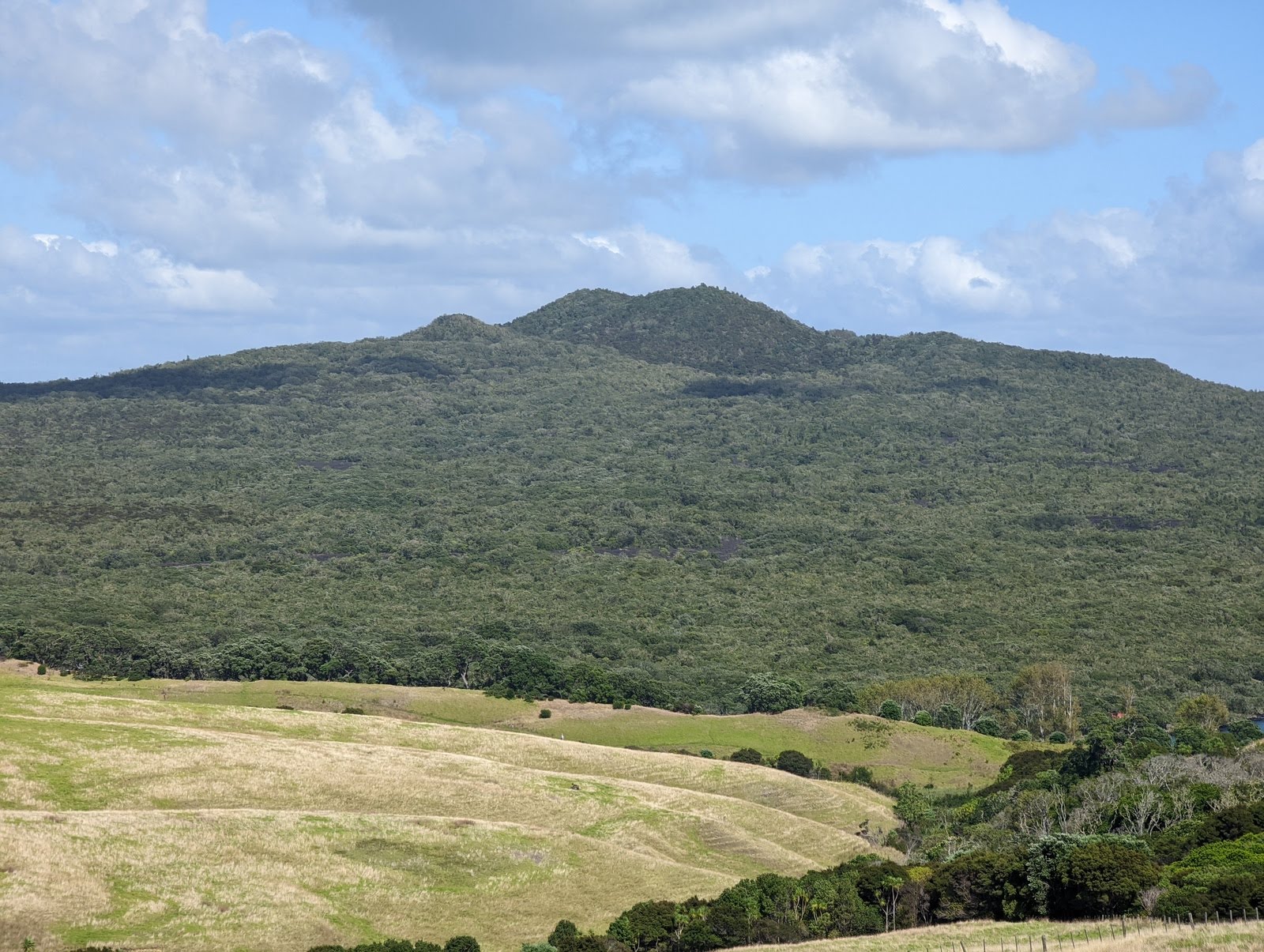 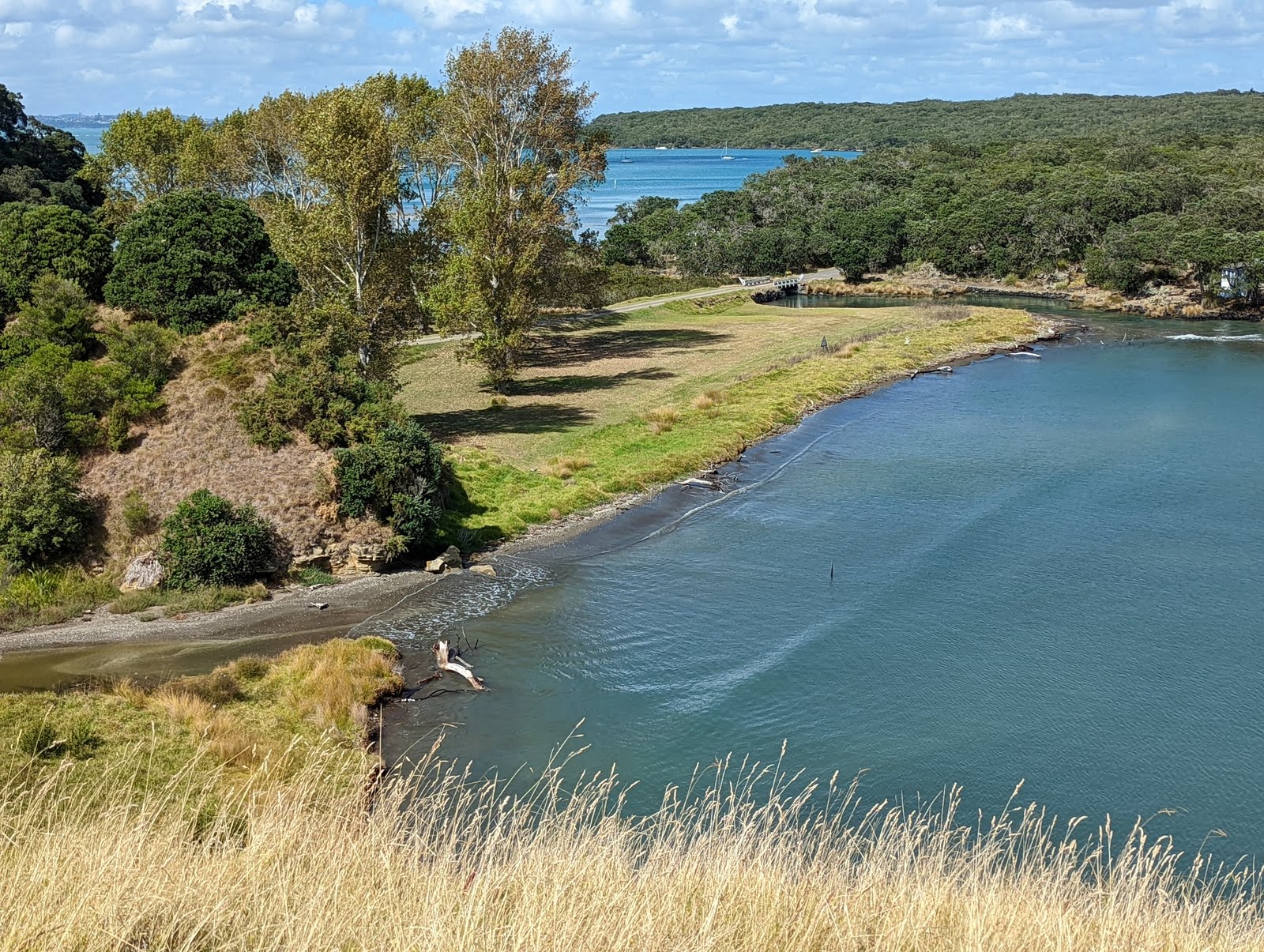 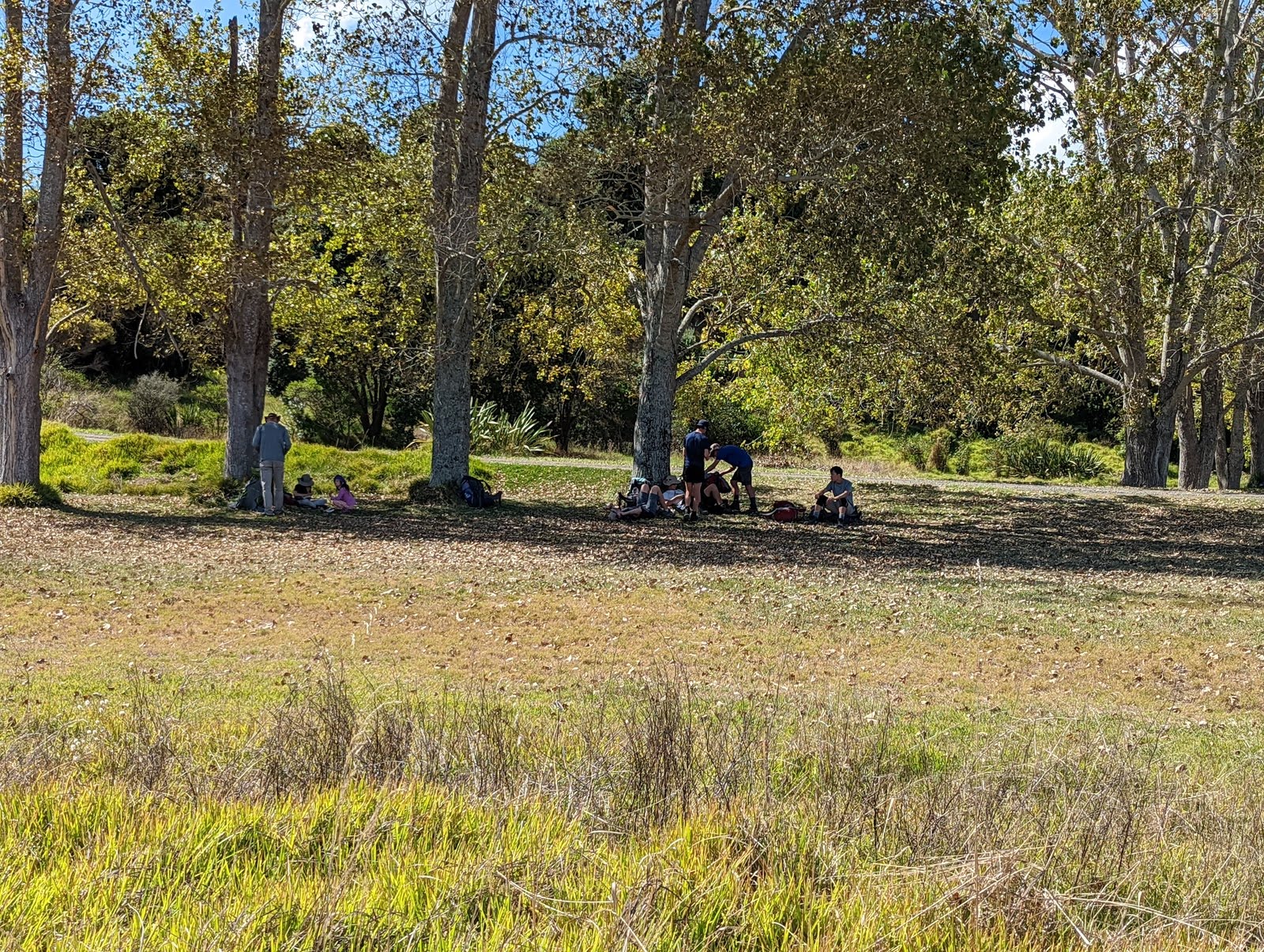 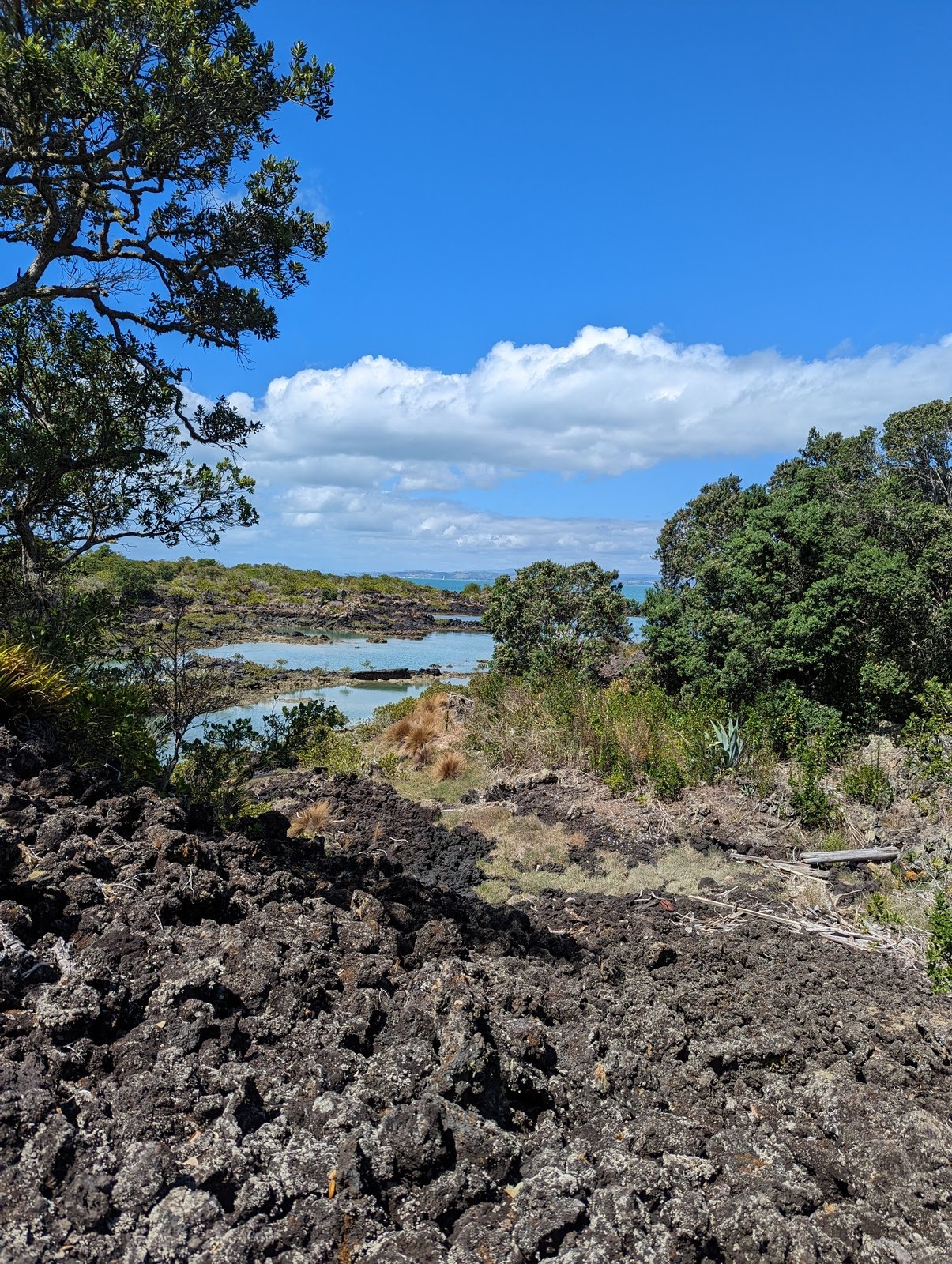